Apparently, Marvel has released the news that Jerry Ordway (my colleague from the early-1980s days of ALL-STAR SQUADRON at DC) and I will be doing a 30-page CAPTAIN AMERICA/INVADERS SPECIAL. Marvel editor Tom Brevoort approached me about doing some sort of special a couple of months back, and I said I was up for whatever–AVENGERS, DEFENDERS–but that I’d prefer to do an INVADERS story set during World War II. Since Captain America’s better known than the Invaders per se, Tom suggested centering it more around Cap, which was fine with me. I toyed around with the idea of a story set during the Battle of the Bulge (which would still be fun to do), but ultimately decided, with Tom’s approval, to do a story set in May of 1941, more than half a year before Pearl Harbor and the soon-after founding of the Invaders in GIANT-SIZE INVADERS #1. 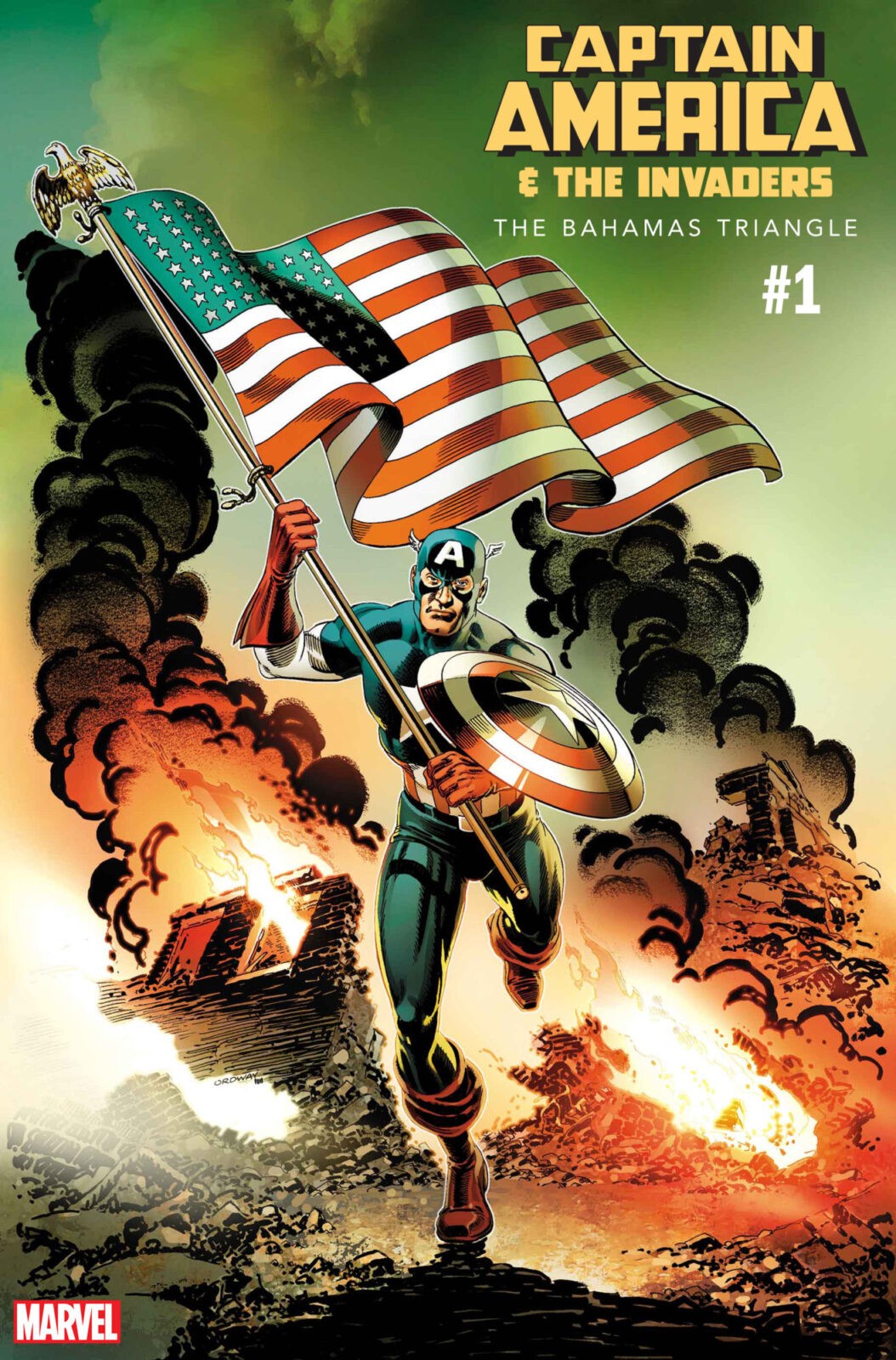 Trust me on this: This story is not going to rewrite or undercut any INVADERS stories I wrote or edited in the 1970s or ’90s. Eventually, if Marvel ever decided on a new INVADERS reprint edition with this special added to the front of the series, it would fit relatively seamlessly in place. Now, as to being totally consistent with everything written by others about the Invaders… I don’t know. But I’m not deliberately trying to undercut anybody else’s stories, either. I’m just looking to have fun with an area of Marvel WWII history that hasn’t been documented in the past. Naturally, I’d love it if this led to my writing a regular INVADERS series which would pick up from the last one I wrote (GIANT-SIZE INVADERS #2, set in the middle of 1942), but right now I’m just interested in telling a particular story.

And it’s great to have Jerry Ordway as my artistic partner, doing the Marvel side of the retro coin after the great issues he drew of ALL-STAR SQUADRON in the early 1980s. The moment Tom Brevoort asked me if I had any suggestions for the artist (since it had to be someone who could work in the old “Marvel style,” as I wasn’t interested in writing the book script-first), Dann threw Jerry’s name into the hat–and as soon as I had that thought, there was never really a second choice. He’s done a great cover already–the alternate cover, based on a Gil Kane 1970s INVADERS covers, is excellent, also–and I’m hoping that things only go upward from there.