What’s been billed as “America’s first patriotic superhero” THE SHIELD is scheduled to return next month in a new one-shot comic that was supposed to kick off a re-imagined MIGHTY CRUSADERS mini-series from Archie Comics and writer/artist Rob Liefeld. Who knows how well it would have sold or how long the re-imagined revival would have lasted? We may never know now that this past Saturday, artist Tone Rodriguez posted the following retailer variant cover for the new Mighty Crusaders series on his Facebook page.

Sooooo, this is Happening!
The SHIELD #1 CAMELOT BOOKS AND COMICS EXCLUSIVE COVER
From ARCHIE COMICS The Mighty Crusaders rise again with The SHIELD by the Absolutely Amazing Rob Liefeld
You can only grab this EXCLUSIVE COVER from Camelot Books and Comics Drawn by me and Colored by the Fabulous Raymund Lee. 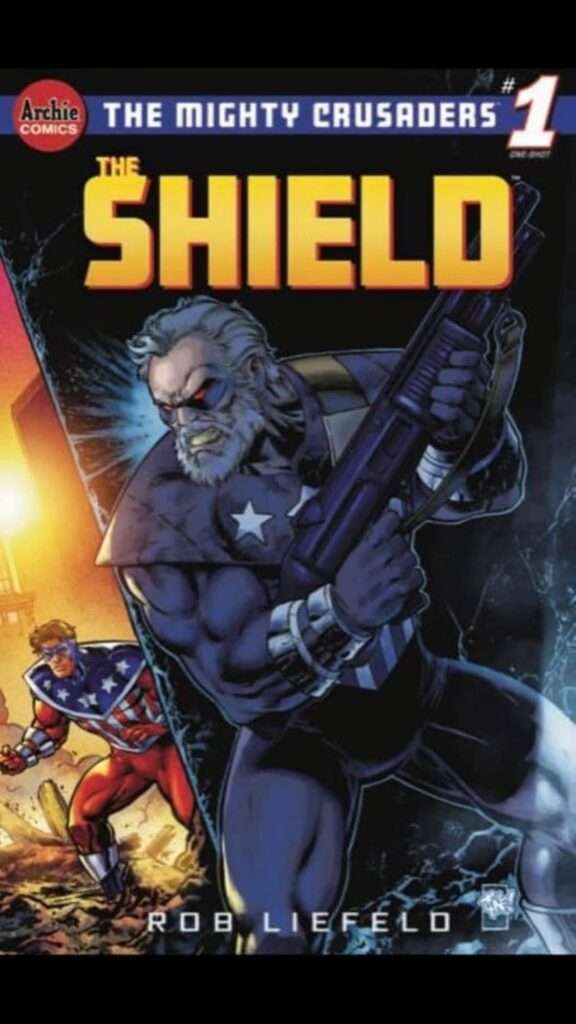 Is that a depiction of ‘Old Man Shield’ returning to the past to deal with his past self? Where have we seen this before? Apparently Rob Liefeld was not very happy about this being shared online and so he quickly shared it with some commentary on his Facebook page of tens of thousands of fans.

When a key plot point/element is revealed on a retail variant cover – it’s probably time to exit the stage on this one…. like seriously?

UPDATE – Archie informed me they did not grant permission for this to be posted and shared, much less tagged to my page. Anyway, it would have been great, but this was kind of the back breaker. Really dumb. It was fun while it lasted… on to the next!

What was fun while it lasted? The comic hasn’t even hit shelves yet and he’s only done one issue.  But don’t worry about Rob, folks. He respectfully requests no one to ‘feel bad for him’.

What’s confusing is that if he felt that spoilers are really such a big deal, why bring any attention to this? Do that many people visit the personal Facebook page of Tone Rodriguez. Besides, isn’t Liefeld kind of well-known for his own major spoilers? After all, Major X was spoiled in Deadpool. Historically, Rob hasn’t always been known as a ‘reliable narrator’ so there could be a slim chance that he was looking for a reason to drop this project and move on to something that was going to sell better. Perhaps this faux pas gave him that opportunity.

Good luck to all involved, including Archie Comics. But seriously, does anyone care about The Mighty Crusaders at Archie Comics? Why not finish your most excellent series in the past decade first? 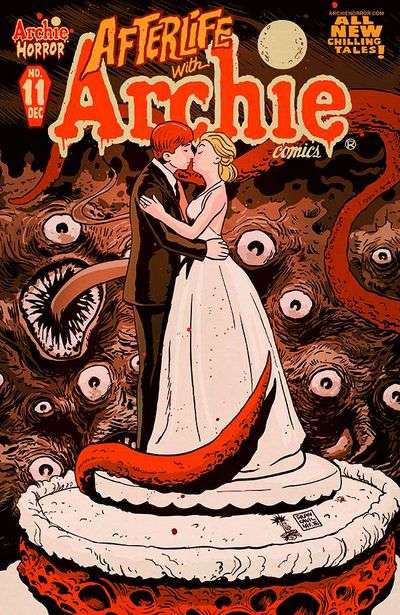 Where is issue #11 & #12 of Afterlife With Archie? Those books were solicited almost five years ago. For crying out loud, get a competent writer to get the outline from Roberto Aguirre-Sacasa and finish the freaking series. What an embarrassment. Guess it’s gonna be back to soliciting nothing but classic collected trades again this summer.