When the ORIGINAL Guardians of the Galaxy Ruled the Roost

Many fans of the Marvel Cinematic Universe — my daughter included — have (had) no idea that the Guardians of the Galaxy they know and love not only are not the first team to hold that name, but are nothing at all like the originals which debuted in early 1969.

In fact, the MCU team is an amalgamation of Marvel characters which all had their starts elsewhere … and some were quite different in scope. Drax was originally conceived with one life purpose: to kill Thanos. Mantis debuted in the pages of The Avengers and was a Vietnamese woman trained by pacifist Kree known as the Priests of Pama. Star-Lord as originally conceived by writer Steve Englehart was somewhat similar to the MCU character; however, when Chris Claremont and John Byrne took on the book in 1977, his story had a much more Star Wars-like feel to it.

I leave Gamora for last for her comicbook origins, similar to those seen in the MCU, contain a significant factor which ties into the original Guardians of the Galaxy: The extermination of her race was retconned into being perpetrated by the Brotherhood of Badoon.

In Marvel Super-Heroes #18, Arnold Drake and Gene Colan detail how our solar system a millennium from now has been invaded and ransacked by the Badoon. Genetically engineered humans inhabit our system’s planets such a Mercury, Jupiter and Pluto. Near Jupiter, Charlie-27 returns from a six-month solo stint in space to find there’s no one left in his habitat. He soon realizes the Badoon are responsible for shipping any remaining Jovian survivors to labor camps. 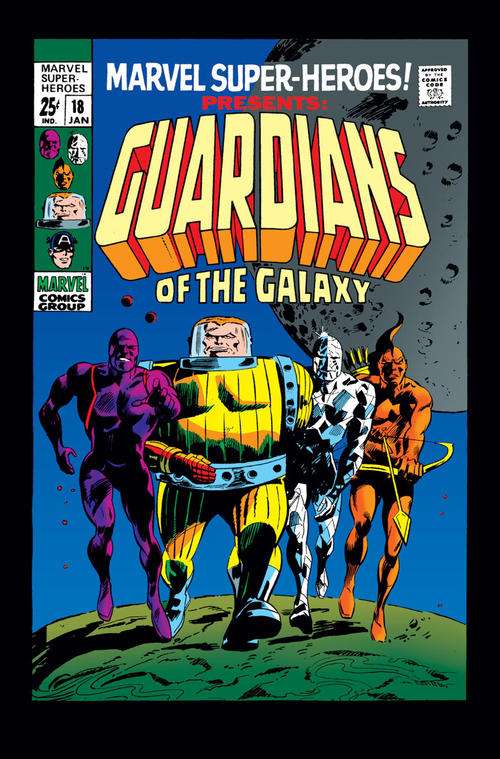 Charlie escapes via a transporter similar to those on Star Trek, and ends up on Pluto where he encounters the Pluvian Martinex, a silicon-based human engineered to survive the planet’s deadly cold. Martinex is the only survivor of that planet, so the two decide to head for “Mother Earth” to see how many remain there.

Earth is where we encounter the final two members of the original team. The Badoon have captured, and are intrigued by, Major Vance Astro, a human from the 20th century who left on a 1,000-year slower-than-light mission to Alpha Centauri, our nearest stellar neighbor. By the time Astro arrived at Centauri IV, humans were already there, having developed a faster-than-light drive 200 years after he had left. With Astro in Badoon captivity is Yondu, sole survivor of Centauri IV. While Yondu looks very similar to his MCU counterpart and has similar powers, in the comics he is akin to a regal Native American warrior. 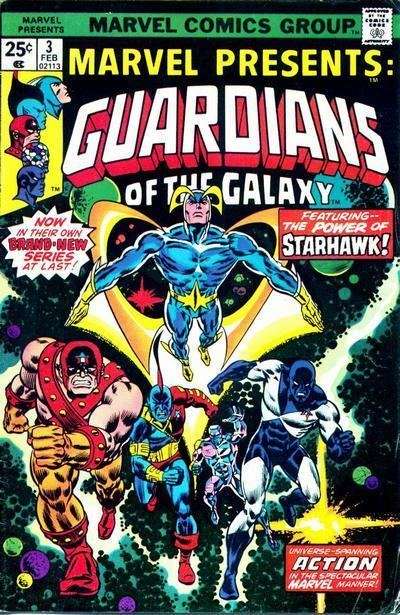 Astro manages to trick his Badoon captors and escapes with Yondu in tow. They eventually hook up with the newly arrived Charlie-27 and Martinex whereupon they vow to battle the Badoon and drive them from the solar system.

Several publication years later, the Guardians team up with the Thing and Captain America to defeat Badoon control of an Earth city (Marvel Two-In-One #4-5), and shortly after, while teaming up with the Defenders (Giant-Size Defenders #5, Defenders #26-29) Earth’s remaining survivors — numbering only some 50,000 — are freed, and begin the long battle to retake their planet(s).

Humanity’s final victory is detailed in Marvel Presents #3, and the Guardians’ subsequent stories continue in this title through #12. Unfortunately, #3 is really the only worthy installment due (mainly) to new member Starhawk’s ruminations that Earth not be permitted to export to the stars its desire for vengeance following subjugation by the Badoon. Writer Steve Gerber had a penchant for wacky stories (see, among other things, the series Omega the Unknown) and artist Al Milgrom’s offered below-par art efforts (see his work in West Coast Avengers, after all). 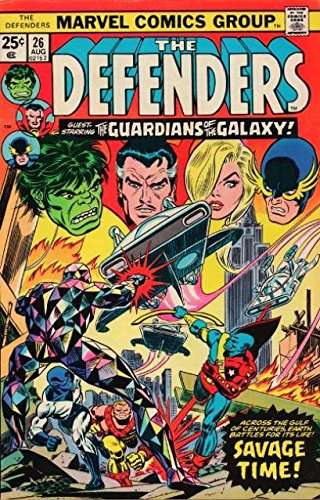 The 1990s saw the original Guardians rejuvenated thanks to Jim Valentino, with stories focusing on a race called The Stark,  humanoids who took advantage of technology launched into space by, yes, Tony Stark, because he did not want it to fall into the hands of Martian invaders (see: Killraven) in 2001. The Stark even appeared in an issue of Iron Man (#280) as some of the more enlightened of them whisk Stark to the future to help save their civilization. (Like the Guardians eventually, The Stark were relegated to an alternate reality after the new millennium came to pass). Valentino also brought back the god-like Korvac for a stint, whom the Guardians had helped fight alongside the Avengers about a decade and a half prior (the culmination of which is seen in Avengers #177). 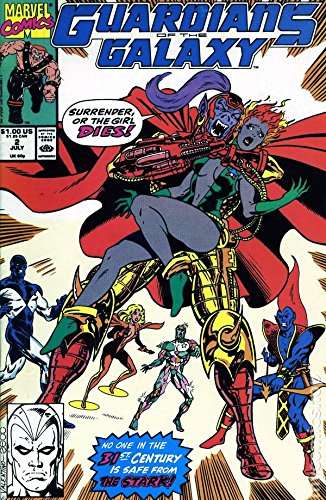 The second series was more successful as the stories were more (hard) science fiction-based, and the art was superior. The last issue, #62, remains the last comicbook appearance of the original team, although the Earth-616 counterpart to Vance Astro, Justice, becomes a members of the Avengers in the “Heroes Return” volume 3 series. Homages to the classic team can be seen, briefly, in the MCU Guardians of the Galaxy Vol. 2.