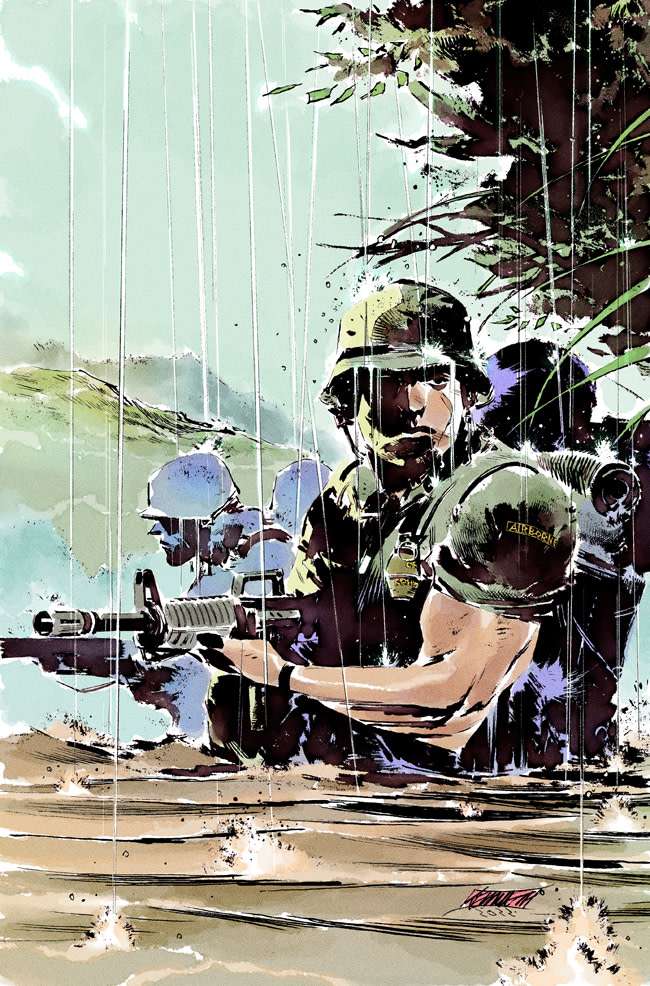 Before he was a myth, he was a man. A happy-go-lucky high school football star from Arizona who got into a scrape with the law. Boot Camp sounded better than jail, so he traded in his football cleats for Army boots. Excelling in every aspect of soldiering, he arrives in Vietnam with his new group of friends just hoping for a little action.

That’s the pitch for Rambo: First Kill, the latest indie comicbook scripted by Chuck Dixon, from a story by Sylvester Stallone. Dale Keown is the main cover artist, but the campaign is offering a hardcover edition that features art by Simon Bisley. There are also variant covers from Canaan White, Aaron Alfeche, Kenneth Loh, and Richard C. Meyer. 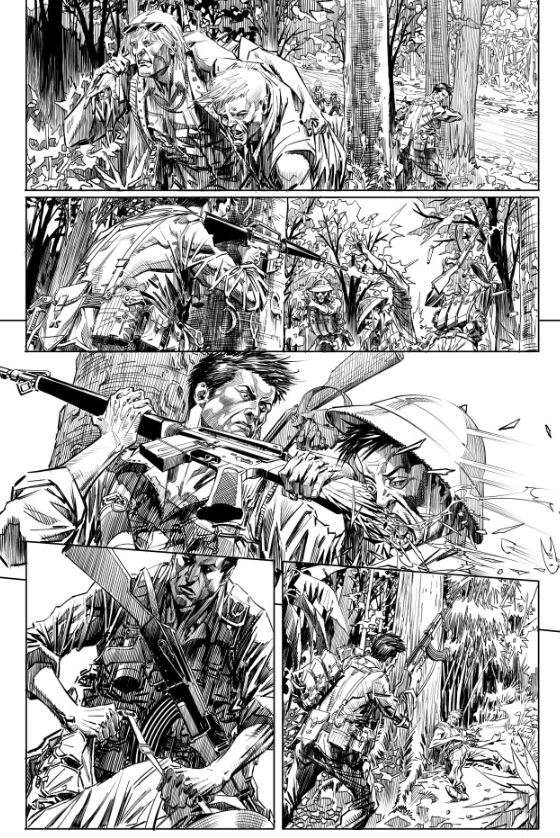 In addition to the first military adventure of John Rambo, the crowdfunding campaign also features a companion comic called ‘A New Kind of War‘ written by Will Jordan aka The Critical Drinker, which tells the story of Rambo’s mentor, Colonel Trautman, when he was a young officer serving during the Korean War. A New Kind of War features art by Kenneth Loh. 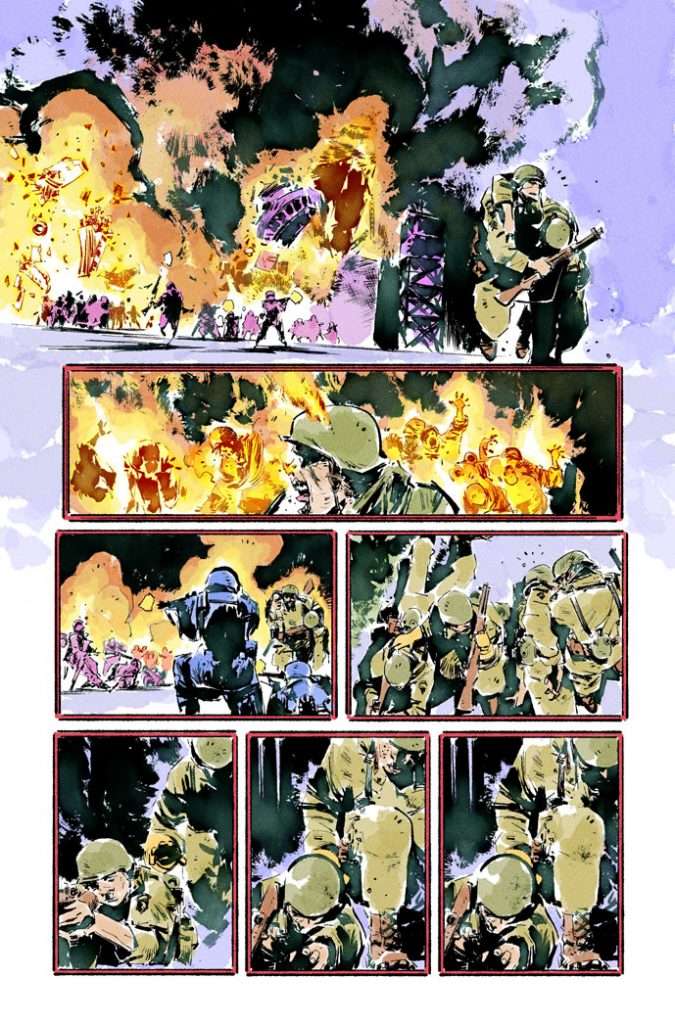 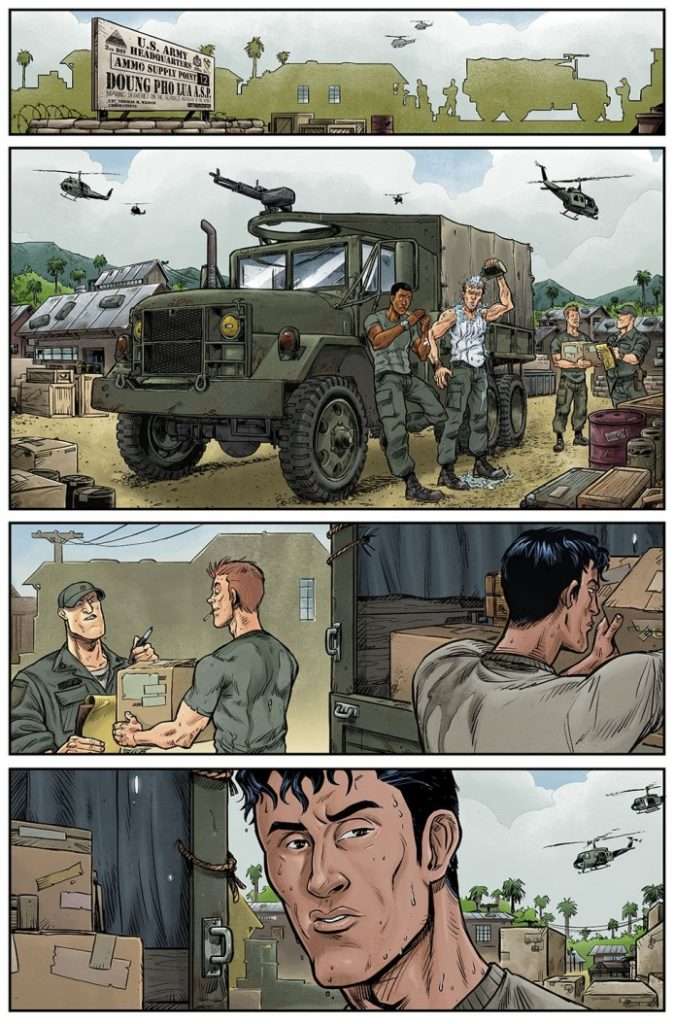 The campaign has already surpassed its funding goal and is no in-demand on Indiegogo accepting pre-orders. The books are expected to ship in June 2023.