If there’s one good thing of recent DC’s doing, it’s ceasing their ties with Diamond distribution, as the Hollywood Reporter’s announced:

In a seismic shift for the comic book industry, DC has cut ties with Diamond Comic Distributors. The announcement was made via an email to retailers sent Friday morning, with the company telling customers that all orders for DC product will be fulfilled by Lunar Distribution and UCS Comic Distributors for periodical releases and Penguin Random House for graphic novels and collected editions.

[…] A spokesperson from DC told The Hollywood Reporter, “After 25 years, DC and Diamond Comic Distributors are ending their long-standing relationship. Moving forward, comic book retailers can obtain their DC books from Penguin Random House, or their books and periodicals through Lunar or UCS comic book distributors. DC continues to be committed to providing the Direct Market with best in class service and the fans with the world’s greatest comic books.”

Of course, they don’t clearly state whether they’ll sport the world’s greatest writing merit. But as a business move, this is wise one, since monopolies are never a healthy way to run a distribution business. That said, some press sources aren’t taking well to this, such as the former Newsarama that’s now merged with Games Radar. They quoted retailers who detest the move.

Their argument is that:

Retailers we spoke to said the move means higher shipping costs to stores, lower discounting from Diamond, and even thinner profit margins.

Why should they be solely expensive in the long run? If the new distributors see an advantage, they could offer discounts on shipping just as good as Diamond allegedly had. The retailers they’ve spoken to, some of whom were being surprisingly abusive in their replies for all the wrong reasons, seem jumping to a lot of conclusions about what the market will be like. One interviewed doesn’t seem to have a problem with event stories and company wide crossovers:

“DC is overplaying their hand,” Glindmyer said. “While there is significant interest and solid potential sales in the upcoming Batman title and Three Jokers, other projects going forward will have a difficult time getting a foothold. Retailers will be hard pressed to ‘sell’ newer DC product. If titles like DCeased were introduced now, they might be D.O.A.

“Retailers are disappointed in DC,” he added. “Readers may have a more difficult time getting the titles they want, and digital is not the answer. Digital readers and Wednesday warriors are two different animals — they rarely venture out of their collection zone. Not seeing any winners on any side here.”

This honestly doesn’t make me happy to see a retailer making a big deal out of an event book that was built on darkness, but I realize why: what does somebody like that care if the story merit is poor, and it comes with the potential of milking money out of only so many gullible readers who could represent the speculator market? And wouldn’t you know it: as bad as Brian Bendis is as a choice for writing Superman, it’s just as bad when the most famously dark-emphasizing title like Batman is being promoted as the big deal here. The more I see titles known for darkness being promoted as the “big thing”, the more annoying it becomes. The brightness of the sun is being all but blotted out. 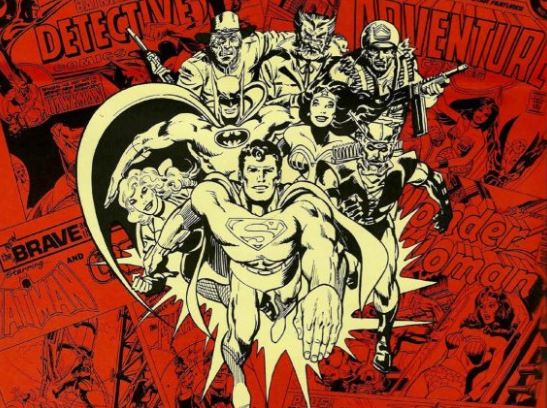 And what if there are some retailers who do see a bright spot in the long run for hiring multiple distributors for DC’s books? If there are, I have yet to find their reactions, because we seem to have a case here of a biased news site that wants all comics distribution to be monopolized and regulated. That’s no way to run a democracy, even in business terms. If Barnes & Noble and Amazon have several different distributors, then it’s only fair if a comics company makes use of more than one to boot. The reactions of the comic retailers opposing the DC switch aren’t helping the situation at all. Especially if they don’t want to publishers to change their format to graphic novel-only.

For another perspective on DC leaving Diamond, check out this report from Eric Helwig of Kowabunga Comics