The animated adaptation of Bone may have been canceled by Netflix, but in response to the cancellation, Bone cartoonist Jeff Smith just issued a ten-panel, one-page comic portraying two of the beloved series’ key characters re-enacting the football part from the famous comic strip Peanuts, created by Charles Schulz. 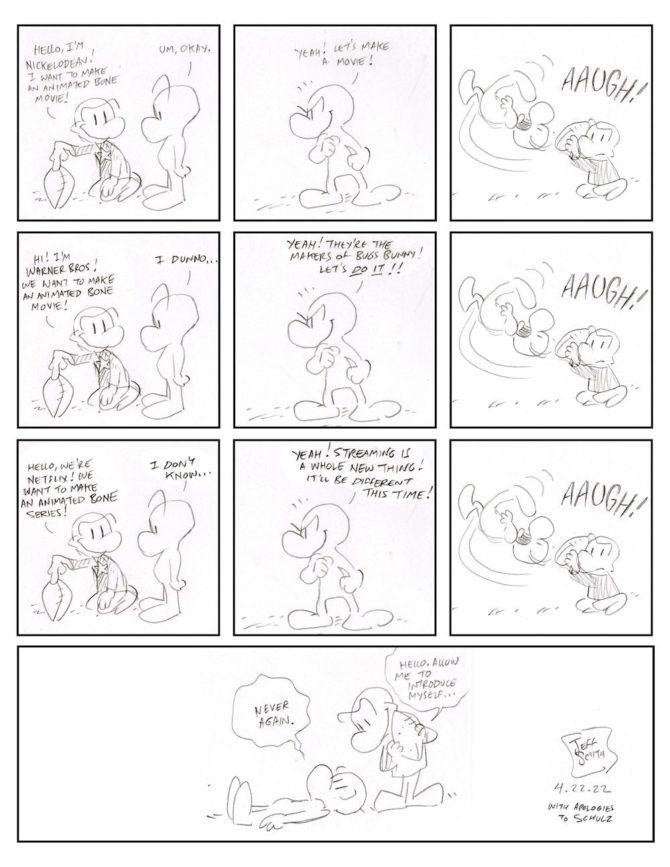 Animated comic book adaptations can sometimes be picked up by another studio after they have been canceled. Netflix, for example, recently revealed that it has picked up the Nimona adaptation that had been canceled by Disney at Blue Sky Studios. Given that Netflix is to blame for the cancellation in this situation, it appears unlikely that they will step in to save the day. However, given the public anger over the cancellation of the potential Bone series, some animation studios may see the desire for the show and produce at least one season.

In the meantime, you can show your support for Smith by reading Tuki, his most recent comic. The first book, which was originally funded through Kickstarter, is available at your local comic shop. 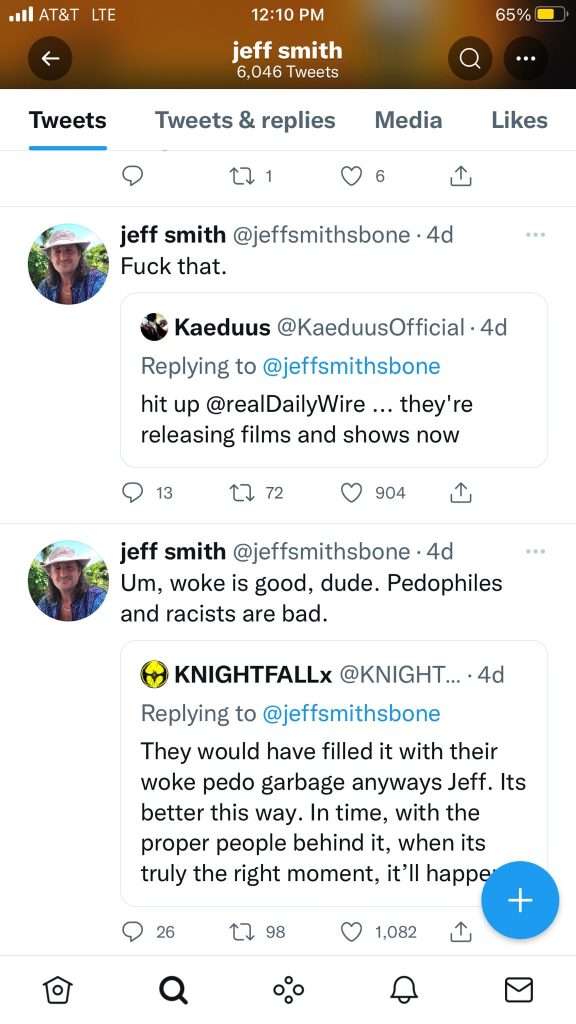 However, didn’t know Jeff Smith was a hard-left partisan and you don’t want to support people that hate you, that’s okay too.