In the latest Captain America (by Ta-Nehisi Coates), the Red Skull (now an internet blogger) tricks Cap into getting drugged and being saved by Sharon Carter. The Skull then shames Cap by saying he had to be saved by a woman and offered his viewers the “sword of manhood”.  The challenge with all of this is, we’ve established Cap “being saved” by a woman many times… and also serving under women in the Avengers. To the Marvel Universe, this isn’t new.

This plot is bizarre. 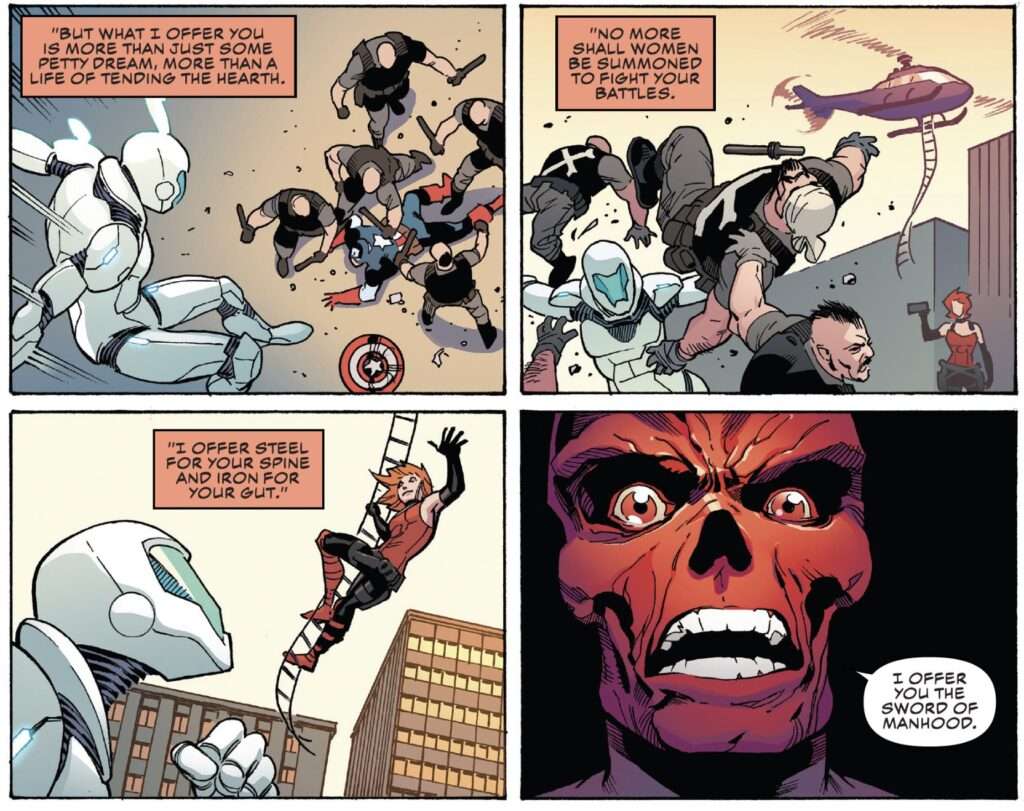 The Red Skull IS a Nazi. It’s sort of the whole point. You don’t need to hint that he’s a Nazi or might have alt-right racist tendencies… HE IS THOSE THINGS. It’s literally his history. So what in the world is this “make Cap look like he needs a woman to save him” plot?

I’m just trying to wrap my head around the Red Skull moving from “get the cosmic cube to enslave the world” to “I’ll subvert men through YouTube”. I mean, talk about lowering your goals.

Currently writer Sam Humphries has made DC’s Harley Quinn into a Youtuber and Nick Spencer has turned Peter Parker/Spider-Man into a Twitch streamer.

So this may not be much of a stretch.