Daniel Inouye’s life is littered with examples of triumph in the face of adversity, personal sacrifice, and acts of physical and moral courage, both on and off the battlefield.

As a civilian, Inouye treated the wounded during the attack on Pearl Harbor. He enlisted in the Army at a time when the loyalty of Japanese Americans like him was in constant question. And during World War II, he distinguished himself on battlefields across Europe, no where more so than in Italy, where he led a frontal assault against a heavily defended German position, and was grievously wounded, twice, yet never once faltered.

He went on to receive the Medal of Honor, the nation’s highest award for valor, and became the first Japanese American to be elected to the United States Senate. 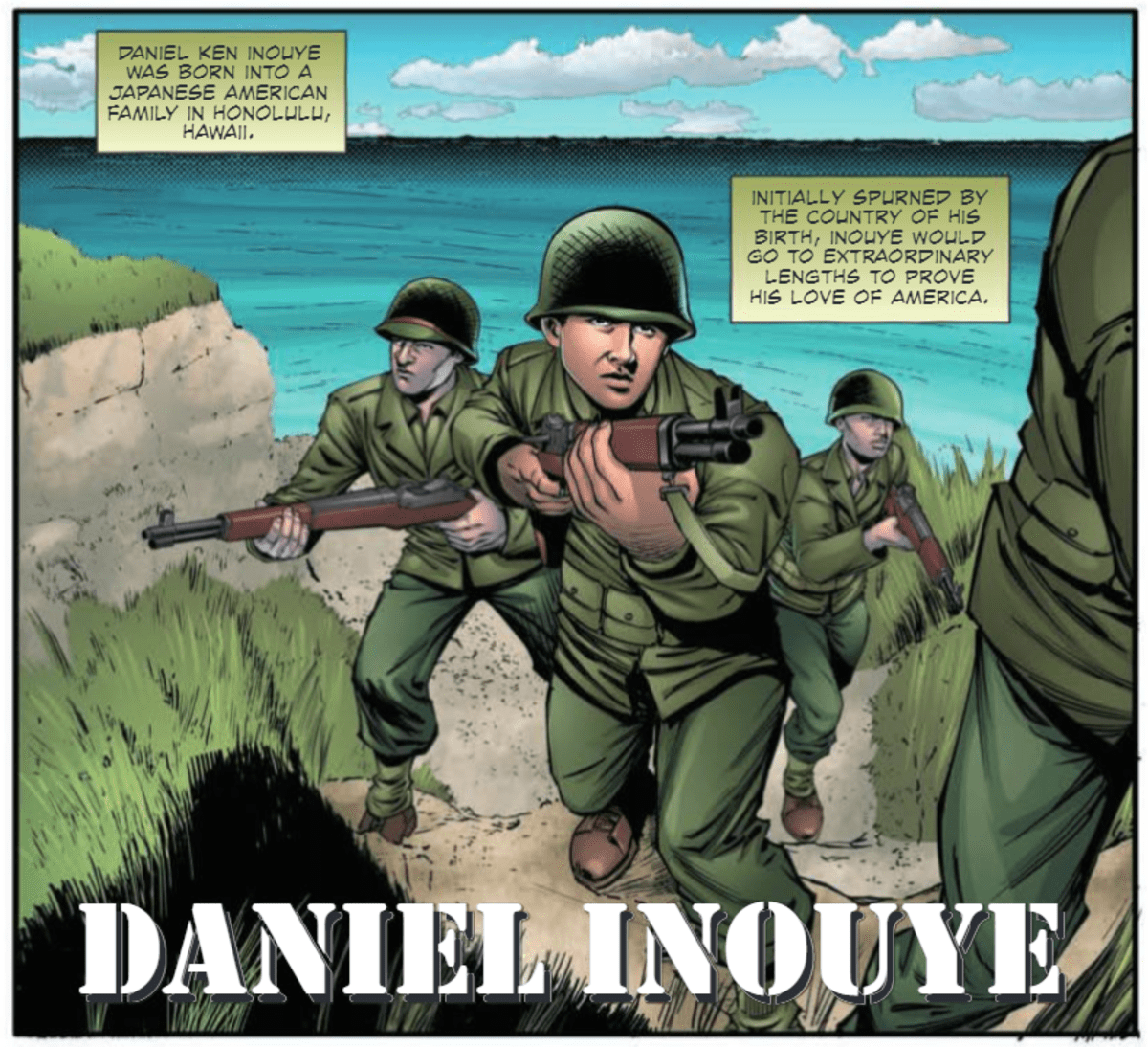 It seems only fitting then that Inouye, whose life reads like the origin story of a super hero, should get the comic book treatment.

The newest addition to the Association of the United States Army’s Medal of Honor series was created by a cast of prolific comic book creators whose work spans the DC and Marvel universes.

“I was so pleased to be able to tell the senator’s story and describe part of the history of the 442nd,” said Chuck Dixon (Batman, The Punisher, The ‘Nam), who wrote the script for the graphic novel.

The entire series can be read on the Association of the United States Army’s website for free.