Marvel’s Editor In Chief Committed to Diversity & Not Much Else

by Avi Green
|
Marvel’s current EIC talked with CBS about how they’re doing now that he’s allegedly the one in charge (let’s not forget Joe Quesada still lurks in the background). It starts off with the following:

Marvel superheroes dominate screens big and small, shatter box office records and mark milestones. So, sometimes, it can be easy to forget that these heroes and villains got their start on the pages of comics. But is the on-screen success translating to the books that inspired them? According to Marvel Comics editor-in-chief C.B. Cebulski, very much so.

What, did sales for floppies suddenly jump to millions of copies sold in stores? Not from what I can tell; it’s still the same low thousands as has been for many years already, and that Marvel hasn’t brought in any new talent with apolitical standings is just one more letdown.

Cebulski, who recently took on his current role with Marvel, has been with the company for 16 years and is best known for publishing “Runaways,” which was turned into a TV series for Hulu. Now, he’s in charge of drawing in new readers. His strategy? A “fresh start” with new storylines for “The Avengers,” “Black Panther” and “Captain America,” among others.

“It’s one big tapestry, one big soap opera. And our job is to keep adding to this tapestry in new and original ways and every now and then we have to come up with new ideas, create new characters switch up the creative teams and that’s what we’re doing now,” Cebulski told CBS News’ Michelle Miller.

They may have created some new characters, but not new roles. The several diversity-pandering characters they introduced a few years ago were just intended to replace white protagonists in their costumes and such. The part about switching the writers/artists onto different books is telling, of course, because that’s all they actually did – musical chairs.

Dan Slott and Nick Spencer are still there, unfortunately.

But 2017 was a tough year for Marvel Comics with some comic store owners shunning an earlier relaunch, a PR crisis when a senior vice president seemed to blame a sales slump on diverse characters and the revelation that Cebulski himself had written under a Japanese pseudonym. He admitted not doing right by the company, but hasn’t talked about it until now.

“I’ve always wanted to write and tell stories and it was a different time in cultural politics. And I made some very bad choices at that time, ones that I regret and that I’ve since made amends for and have been working to, you know, really kind of put behind me,” Cebulski said.

Again, this is something he didn’t need to apologize for, and if it wasn’t an issue before, it shouldn’t have to be one now.

“We’re 100% committed to diversity…Marvel is the world outside your window and we want not only our characters but our creative talent to reflect that world and it hasn’t been an easy road to be honest with you. Going back to the 60s when Marvel were created it was created by a number of white men here in New York City who were working in our studio… But now, we do not have any artists that work in Marvel. All our writers and artists work — are freelancers that live around the world so our talent base has diversified almost more quickly than our character base has.”

Umm, should the racial background of folks like Lee/Kirby be an issue here? And aren’t they both Jewish? I think that was pretty shallow of Cebulski to act like that’s some kind of issue. And it actually is insulting to their legacy of creating so many great, “diverse” characters. Besides, one of the reasons a lot of artists and writers work outside and overseas today is because modern technology’s made everything a bit easier, that’s all.

And how many outspoken conservatives, Christians, or Jews are working at Marvel these days?

One of the people in charge of making Marvel more inclusive is vice president of content and character development Sana Amanat. She created Kamala Khan — Marvel’s first Muslim superhero — who helped sell more than half a million Ms. Marvel books to date.

She is also credited with bringing author Ta-Nehisi Coates on board. Coates authors “Black Panther” and will also write for “Captain America.”

It’s entirely erroneous to say the Khan character is their first Muslim superhero. The Arabian Knight, created by Bill Mantlo in 1981, was probably the first (yet not very well handled any more than what followed), and Dust in Grant Morrison’s X-Men was probably the second, with another character in the Captain Britain series from the late 2000’s named Faiza Hussein making a possible third Mulsim superhero at Marvel.

And how fascinating Amanat played a part in hiring Coates to work on their books. She probably had a role in hiring Saladin Ahmed as well.

“I hope to be very much like a lifestyle brand,” Amanat said. “And also, the other big thing that’s going to happen at Marvel is, I don’t think it’s going to be associated as a boy brand. Marvel has always been inclusive and I think it should be a place that anyone looks at that red logo and they realize, ‘Oh yeah, that’s just a really cool entertainment company.'”

It was never literally a “boy brand”; that’s just a whole lot of propaganda conceived to undermine the status of many famous products in pop culture as it is.

“Everyone who works in this role at Marvel, be it, you know someone who’s an assistant editor, or even the people who letter the books, or someone who works in our accounting department, everybody here works at Marvel because they love it. And we all have ideas.

And we all are creative in our own right, you know. And we all contribute to the success of this company and have put Marvel on the path where we are now,” Cebulski said.

A path that Cebulski hopes will continue to give fans something to marvel at.

Well I’m sorry to say, but with such awful people still working at Marvel under him working unquestioned, that’s why they won’t give much to admire, unless they make sure to let go of all those who could be detrimental to their reputation and success, which still doesn’t look bound to happen any time soon. Cebulski, alas, just isn’t willing to admit, above all, that sales receipts in today’s industry just aren’t anything to celebrate.

Editor’s Note: Cebulski also pretends no longer using a bullpen is better for the company, even though that seems like it would be just the opposite when working on characters from a shared universe. Artists and writers are all outsourced freelancers, and “that’s a good thing.” Right.

As for Sana Amanat, her Twitter feed is a decidedly non-diverse timeline of vitriol, politics, and narrow focus on Kamala Khan and not much else. To be fair, she did help create the character, but Amanat has been on Twitter since 2009, around the same time she started at Marvel. That’s nine years. A quick search of her account shows very little love for Captain America, Wolverine, Hulk, or Spider-Man, but those Kamala Khan (Ms. Marvel) tweets and agenda-driven, anti-republican tweets are blowing up. 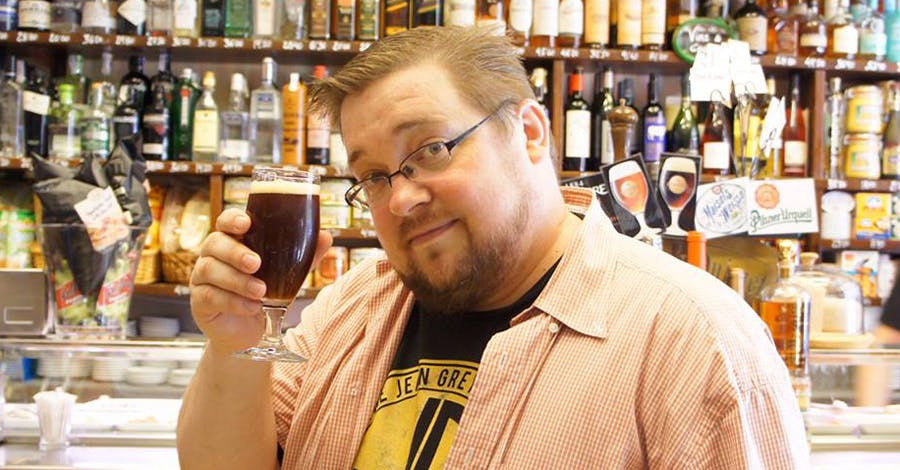