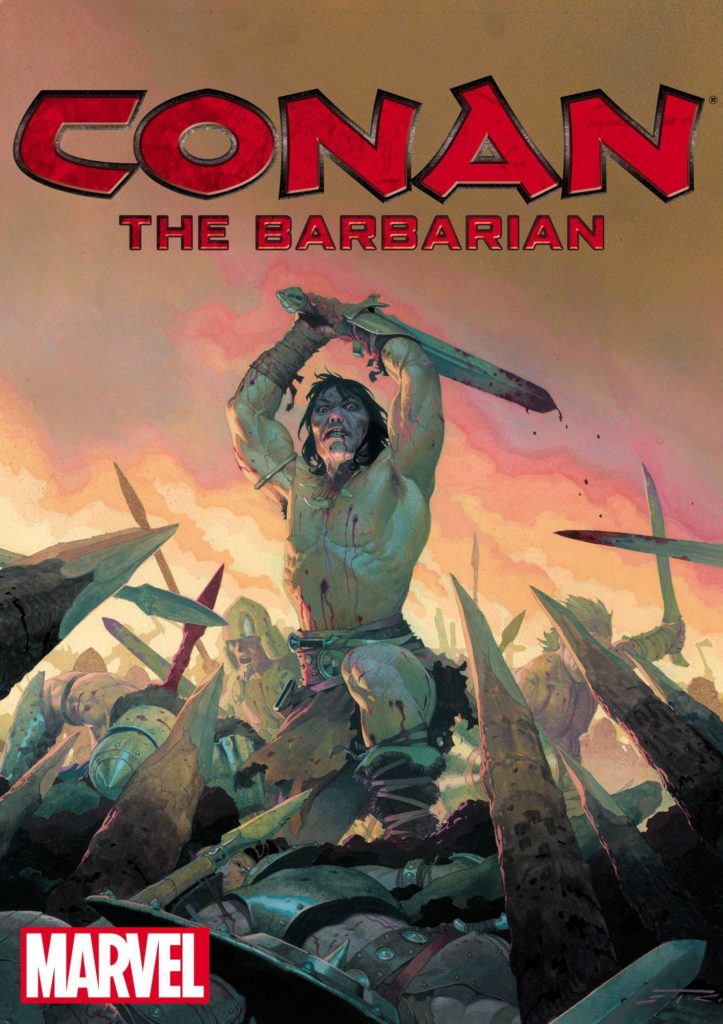 The Hyborian Age is coming to an end at the House of Ideas.

Marvel has announced Conan the Barbarian will soon leave the Marvel Universe at the conclusion of Jason Aaron and Mahmud Asrar’s King Conan series this July. After just under five years, it looks as though the licensing agreement is ending, and the last new Conan story at Marvel will be King Conan #6, bringing a definitive end to the character’s latest batch of new stories at Marvel Comics. Fans have complained about Aaron’s run not being true to the character, turning down sex with beautiful women, and even altering a book in the digital version after publication of a character that upset “woke” readers.

Despite the character’s license leaving Marvel again, the publisher has recently announced a new round of collection releases. This fall, Marvel’s releasing its sixth volume as part of the Conan the Barbarian Epic Collection, featuring a collection of vintage comics from Roy Thomas, John Buscema, Howard Chaykin, and Gil Kane. And in December, Marvel is releasing another collection, Conan the Barbarian: The Original Marvel Years Omnibus Vol. 10 with a cover from Todd McFarlane, which could wrap up the run of the Conan the Barbarian comic collected editions, if it’s oversized, but doubtful. Otherwise, only the reprinted Savage Sword of Conan collected editions remain in question. 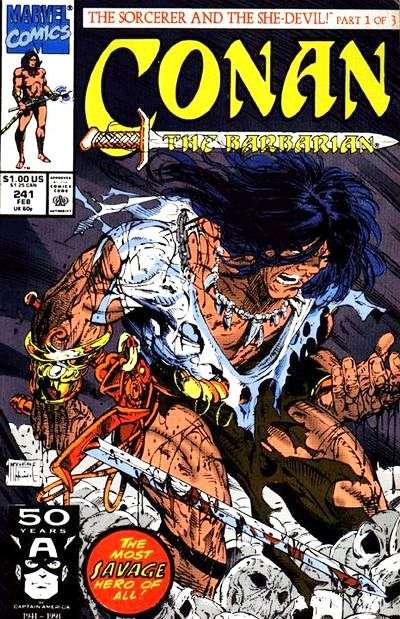 Savage Sword of Conan: The Original Marvel Years Omnibus Vol. 8 is currently Marvel’s last solicited volume of the Conan black & white magazines, and is also coming out in September. That edition only gets them through issue 116. So that reprint run isn’t even halfway through that original series which means they will not be able to completely collect that run.

All of Marvel’s Conan comics books have been collected digitally in the past by Dark Horse, while they held the license. The publisher made all 34 volumes of their Chronicles of Conan collection available on ComiXology for a period of time. Marvel Comics, when they regained the license, were going back to the original coloring that many fans preferred, but the extra step must have slowed them down. This should not have affected the Savage Sword reprints though, since no recoloring would have been necessary.

ComicBook.com first reported the news, suggesting the reason this is happening is that the Conan the Barbarian rights holders are getting the comics rights back in an attempt to publish its own line of comics. Heroic Signatures CEO Fred Malmberg confirms that is, in fact, the case.

“We had a wonderful run with Marvel Comics but ultimately they have decided not to extend their license beyond this year,” the executive tells ComicBook.com. “Conan has more than 50 years of comic book publishing. We took the decision to pick up the baton ourselves, not only for Conan but all the other wonderful characters and IP that we control. The publishing program will commence next year but exact details are not final yet.”

Fans were quick to grouse about the news on Twitter, complaining that the reprints would never happen, but in response, the CEO suggests that they will publish them independently. 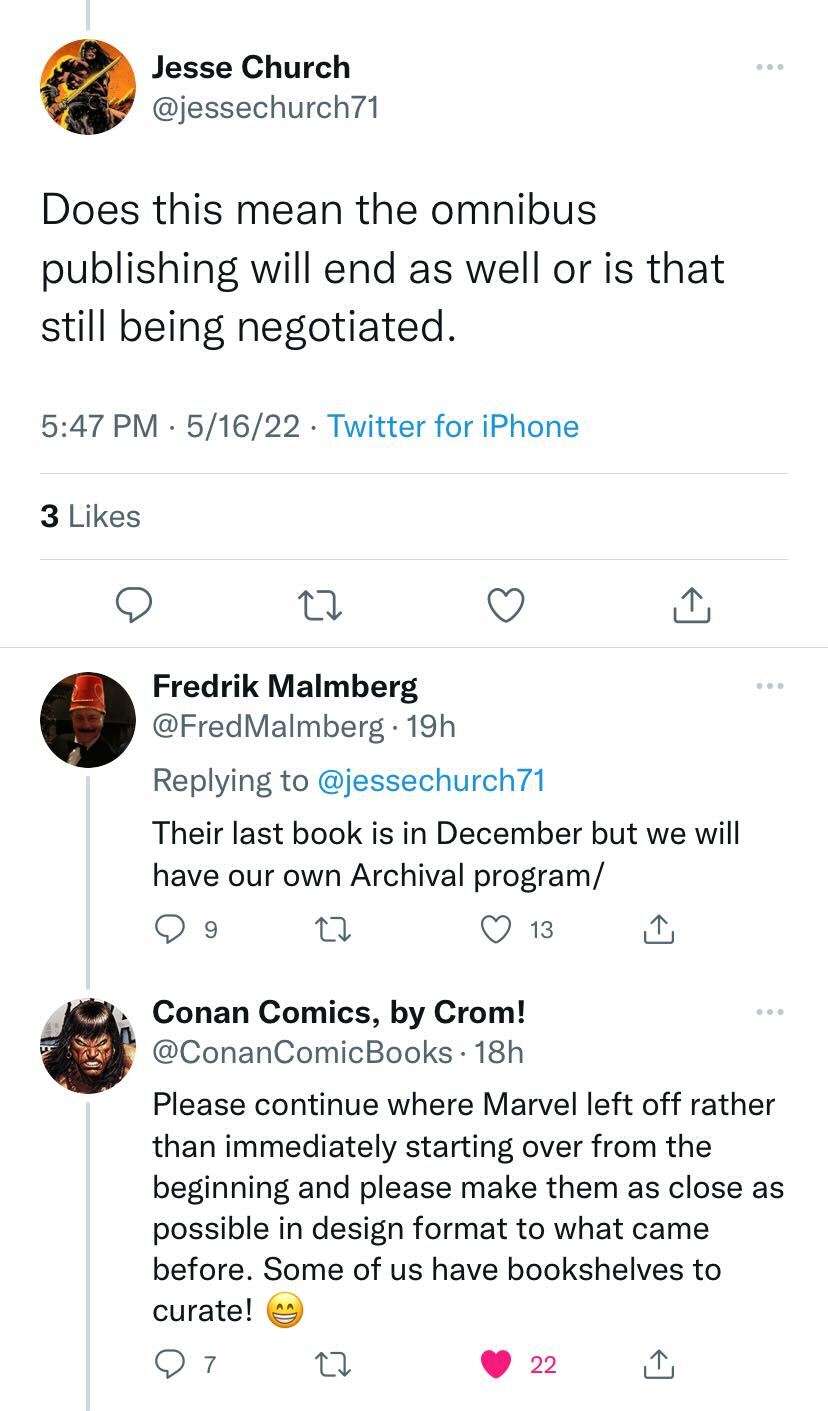 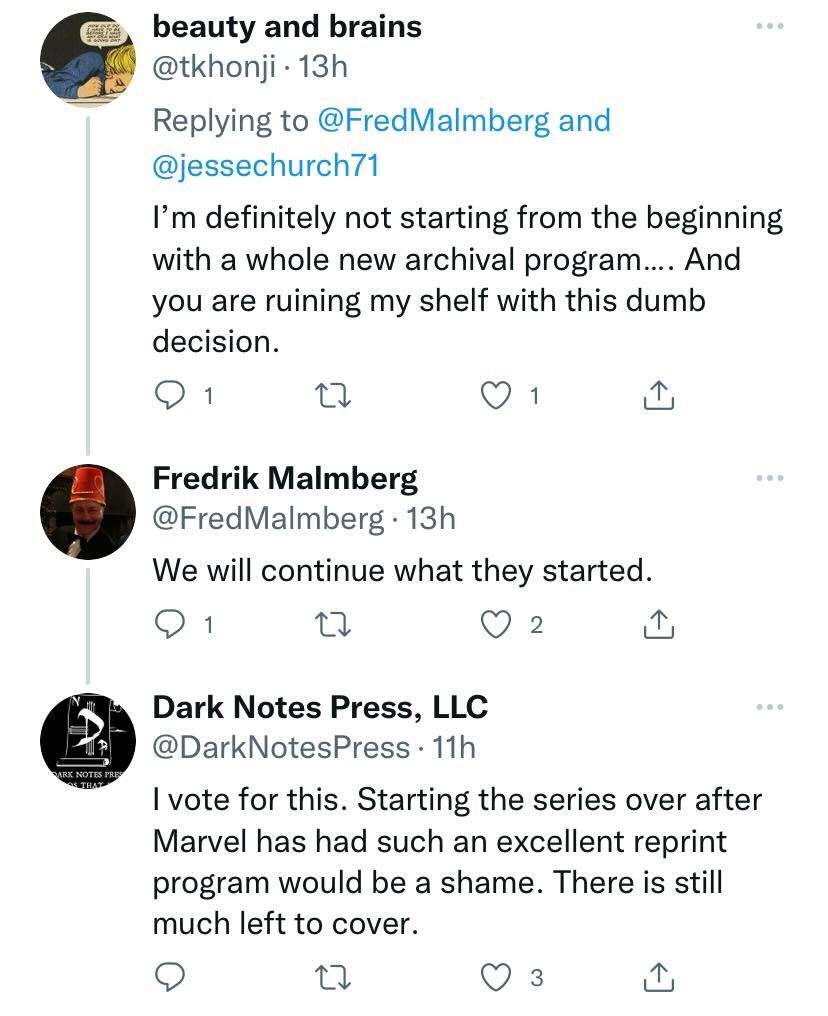 As for Marvel’s other Conan related title, Savage Avengers, which incorporated Conan into the Marvel Universe, thus far has never been available on Marvel Unlimited, despite some issues being available on Comixology. It’s quite unlikely that Savage Avengerswill continue, or ever be reprinted for that matter.

Heroic Signatures repeatedly suggests they have a good relationship with Marvel, so it is unclear why the publisher can’t at least finish what they started, but maybe a masculine character like Conan doesn’t fit in with Marvel’s corporate culture anymore. Meanwhile, Ablaze Publishing is still churning out some of the best Conan comics I’ve read in years.

Was Daugherity seems to mostly agree with me, and he’s actually glad Marvel is losing the license.