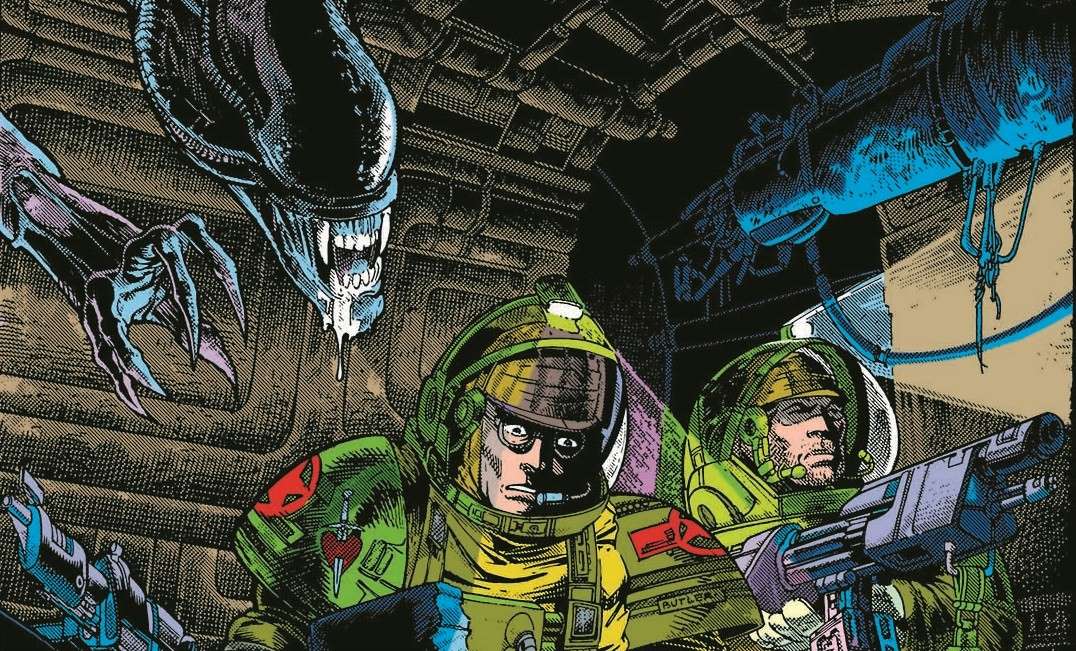 The Hollywood Reporter’s announced Marvel, having cancelled a number of their Star Wars comics of recent, is now turning to another franchise recently acquired via Disney’s purchase of 20th Century Fox film studios – the Aliens franchise first begun by Ridley Scott over 40 years back:

The creative team of Phillip Kennedy Johnson (DC’s The Last God) and Salvador Larroca (Marvel’s Star Wars) will team for Alien, a new series featuring a “bold take on the Alien mythology” as well as “both new and classic characters” from the movies, centering on Gabriel Cruz, a new character described by the publisher as “a Weyland-Yutani mercenary.”

“Just as a reader and fan, I was as excited as anyone when I heard the franchise was coming to Marvel, and when they asked me to write the launch, I was floored,” said Johnson in a statement. “I’ve been training my whole life for this gig without knowing it. Ever since seeing Ridley Scott’s Alien at way too young an age, I’ve been obsessed with the xenomorph, the single most iconic representation of terror on film.”

There’s something wrong with stating this’ll be a “bold” take on an already long on horror elements franchise, when chances are high it’ll be anything but. There’s also something wrong with being way too obsessed with a violence-laden franchise, because that’s what’s bringing down entertainment. What they need to tell everybody is this is what they hope will be an exciting, enjoyable and thrilling ride for everybody. Why must we believe straight off the bat this is going to any good if they don’t announce it that way?

Besides, Marvel’s clearly proven a poor shepherd for Star Wars material, so why must we expect them to do a better job with Alien? That Larocca worked previously on SW comics doesn’t guarantee it when a lot of those series like Doctor Aphra have now been shelved, and nobody cared. In the end, this is likely to become old news that’ll fade off the radar of the MSM very fast following its debut, because they couldn’t care less either.

Editor: Click here to learn what the “Scariest Alien Comic of All Time“ is, according to our own Dave Huber.

Deadpool 3's MCU Coming-Out Plot Teased by the Writers
Disney Impressed With New Planet of the Apes Script, Planning a Sequel Trilogy
Winnie the Pooh & Piglet to Be Featured in a Bloody Horror Thriller
Lightyear’s Failure So Severe It Could Impact the Disney Parks
Marvel's Conan the Barbarian License is Moving to Titan Comics
Social Justice Minded Creator Praises the "Power of Comics"
'Lightyear' Disaster is a Harbinger of Disney’s Woke Reckoning