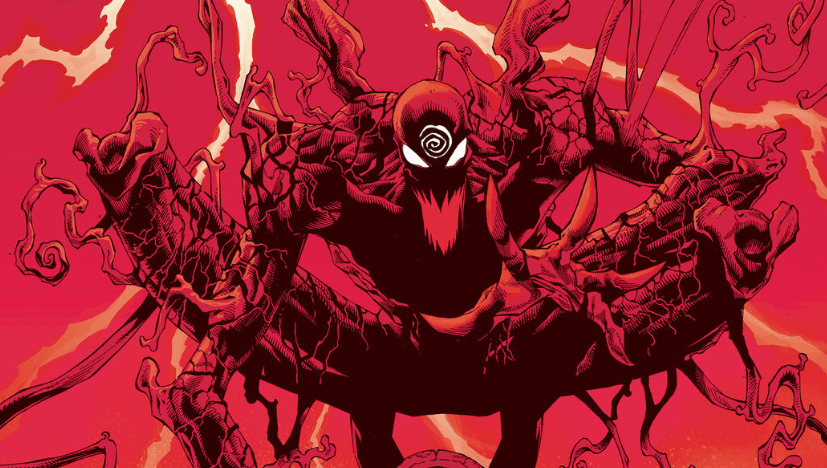 At C2E2 Marvel has announced an new event by the exceptional team of Donny Cates and Ryan Stegman, “Absolute Carnage”. In a teaser video for the event Cates stated that his run on Venom has been leading to this. The promotional image features Carnage crouching on top of a tombstone with the name Brock written on it. Other tombstones are pictured with the names Parker, Logan, and Rogers on them. These are obviously meant to represent Eddie Brock (Venom), Peter Parker (Spider-Man), James “Logan” Howlett (Wolverine), and Steve Rogers (Captain America).

This event is said to pull in every symbiote in the Marvel Universe and every person to have ever worn one. The 2018 event “Venomized” had almost every earth bound hero in the Marvel Universe clad in the alien suits so the scale for “Absolute Carnage” is sure to be immense. You also see that carnage looks a bit different in the promo image. On  his head is the spiral that is typically connected to the character Knull. 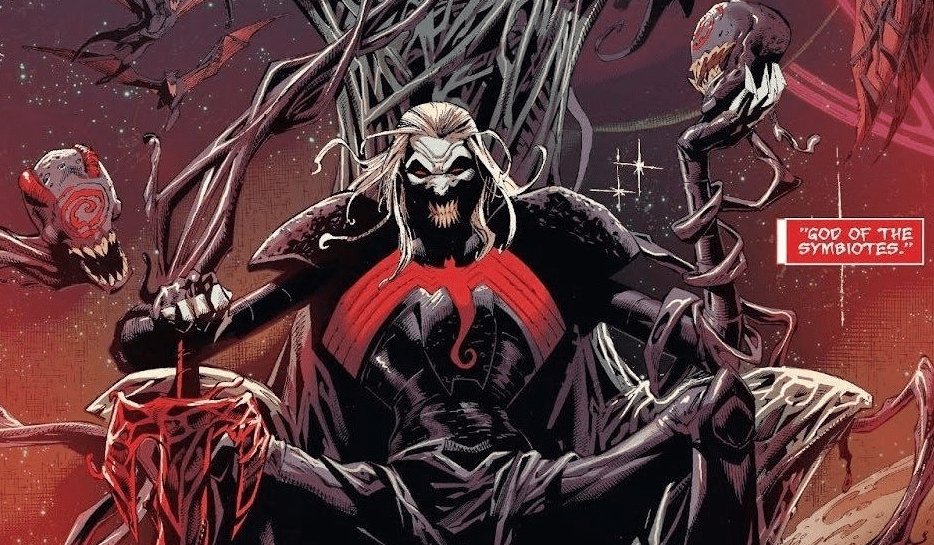 Knull is an ancient god who created the symbiotes and seems to have a powerful link to the entire race, he also created the necroblade of Gorr the God Butcher. Knull showed up on earth but was temporarily defeated by Eddie Brock and Miles Morales. This event could mark his return which would be a very big problem for the entire universe. Carnage was a big problem when he was working alone but under the control of Knull he will far more dangerous than ever before.

The event begins with the Free Comic Book Day issue Spider-Man Venom #1 and will then continue in Absolute Carnage #1. An article on Marvel.com says that the event will be out this summer but no date has been announced so far.