What is Mark Waid Planning for Captain America Issue 700?

Activist-writers used to hide their attempts to turn the comics they were working on into social-justice propaganda. Writer Mark Waid has no subtlety at all in that regard.  After telling people last year on social media that “every superhero you love” is a social justice warrior (SJW), he now seems intent to prove it with his recent run on Captain America for Marvel Comics. 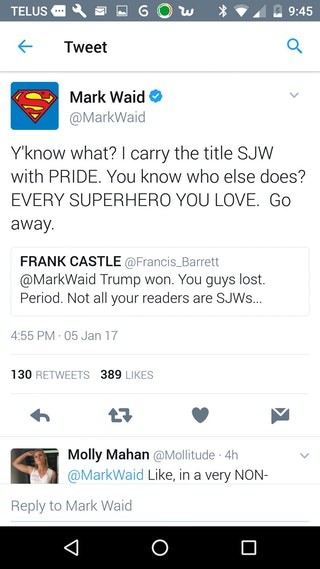 Waid was brought in with artist Chris Samnee at issue 695 (Legacy numbering), after the debacle of an event by Nick Spencer called Secret Empire, where Captain America turned out to be a Hydra agent, which many fans likened to a Nazi. This storyline didn’t sit well with most long time fans and Marvel needed to rehabilitate Steve Rogers image afterwards. With issue 695, and a new creative team, Steve Rogers began a journey across America to restore his tarnished reputation – and the dangers he encounters along the way are unlike any he’s faced before. It started out okay, but it wasn’t hard to notice the subtle SJW underpinnings Mark Waid was inserting from the very beginning.

One of Cap’s first tussles was with white supremacists (‘Rampart’), and his motto seems to be the big must protect the small, or something to that effect. It’s not to say the new creative team is bad, Chris Samnee, as always, produces jaw-dropping work. And when colored by Matthew Wilson, the pair amaze with scenes of Cap in action. Each issue has been a picture of elegance and grace seeing Cap in action. Captain America’s colors are as vibrant as ever. But something ugly is coming and that was apparent with issue #698. 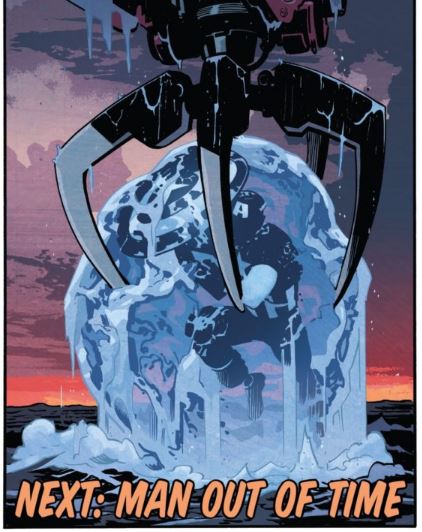 This issue picks up after Captain America was frozen by ‘Rampart,’ the white supremacist group introduced at the beginning of Waid’s recent run. They are also responsible for the takeover of the United States and that battle caused a nuclear fallout. Many, if not all, superheroes died trying to contain it. Now, the wealthy and powerful live lavishly, and the poor and meek live in squalor.

CAPTAIN AMERICA #698 has to fill readers in on a lot of details. Cap has been thawed out and his new ally is a woman named Liang, who apparently has the power to get beefier and stronger with each comic panel. Liang brings Cap up to speed on a lot of history covering the complete downfall of the United States. The surprising twist in this issue is when Cap learns he has only been frozen for about 7 years. So in 7 years, Rampart has taken over, essentially destroyed the United States, and turned it into a dystopian future straight out of the Hunger Games. What’s next, King Trump? Will Captain America recreate the classic “punching Hitler” cover from the 40’s with Trump as the evil dictator stand-in?

I wouldn’t be surprised.

All we know right now is that CAPTAIN AMERICA #700 is an oversized story that will conclude the “Out of Time” arc. After fighting white supremacists, taking down the new Swordsman, and dealing with Kraven the Hunter, will Cap be frozen again? Marvel marketing is calling this “the ultimate test for Cap”. We also learn how “King Captain America is going to run the world.”