During the Nu52, Rob Liefeld was placed on Hawk & Dove, characters he helped redefined back in the mid 80s, alongside Sterling Gates (except for the last issue, he wrote and drew that himself). But after the book was cancelled it due to low sales…they decided to place Rob on not one but THREE books! Well to be precise, he was given full writing and drawing duties on one book, and plotting on two others. The plotting were on Hawkman and Grifter…and the full duties were on Deathstroke.

…And he only lasted for 7 issues, with the last two being plotted by him and scripted by future Flash writer Joshua Williamson. The bulk of Liefeld’s run is a 4 part story involving Deathstroke, Lady Zealot from WildCats, and Lobo! Basically Lobo has escaped after being held captive and tortured for years! He wants to destroy the earth…and find his girlfriend! Yeah apparently he wasn’t the LAST Czarian (Maybe she’s Crush’s mom). What transpires is mindless, but decent, action with a lot of dialogue. 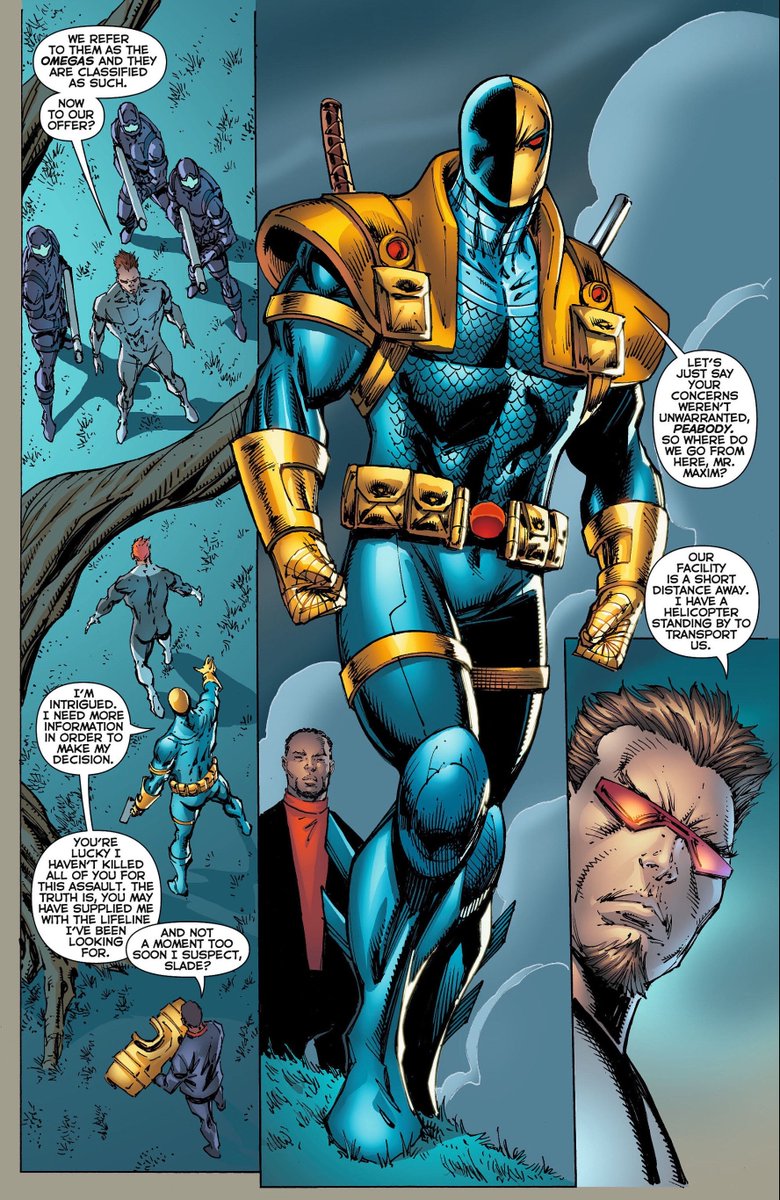 After that was Liefeld’s last full issue, issue 0 which tells us Slade’s origin (Nothing has changed much) and sets up his son Jericho as the next baddie. Then there’s a one shot where Slade and Zealot deal with some merc sent by Jericho to test his father. Then we get Slade’s involvement in the Hawman: Wanted crossover…which is not that much.

So much of the plot points are left by the wayside as this run ends. While it was the weakest of the runs I’ll be going over, it was still pretty good by Liefeld’s standards. So read at your own risk.

Next time, Justin Jordan wraps up this volume of Deathstroke with a story so large he has to tie in with two other books to fill in the blanks!