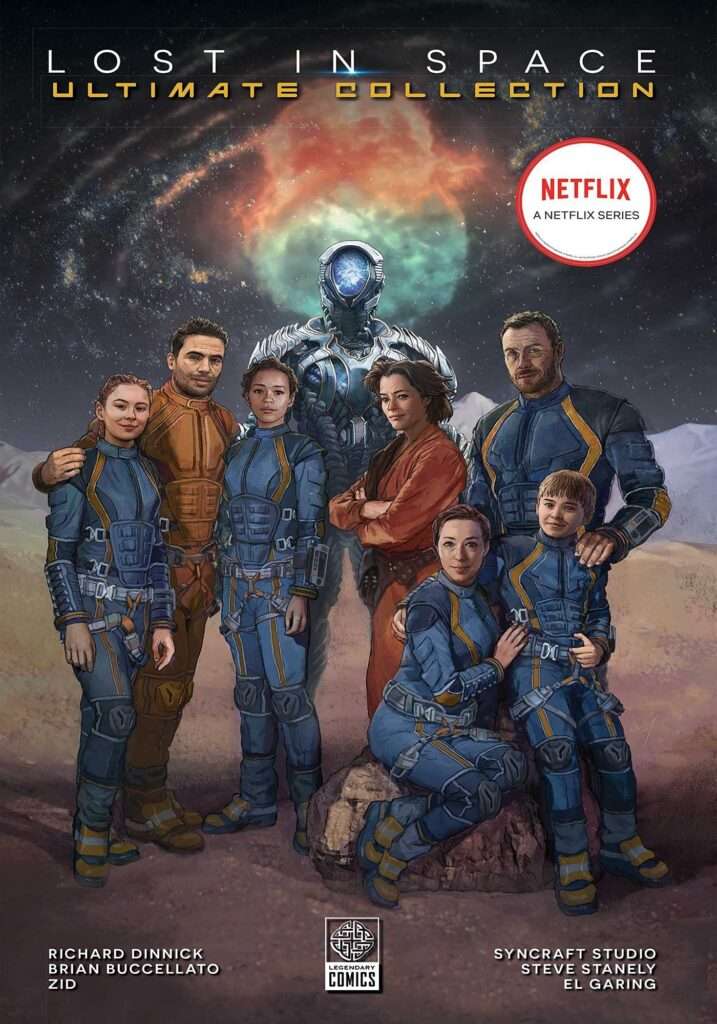 In celebration of the third and final season of the smash-hit rebirth of the beloved sci-fi classic series on Netflix, LOST IN SPACE: THE ULTIMATE COLLECTION, from Legendary Comics, is now on sale bringing new adventures featuring the Robinsons, Robot, Doctor Smith and Don West to fans. The special graphic novel omnibus brings together six previously released stories with two all-new untold adventures in one complete book.

Lost in Space is set thirty years in the future. En route to a distant colony, the Robinson family finds itself thrown off-course when their ship crash-lands on a mysterious and dangerous planet. On this strange new world, they encounter a hostile environment and an enigmatic alien robot. In order to survive, the Robinson family must rely on their training, and they’ll discover that no matter how lost they are, their family is their home. Lost in Space: The Ultimate Collection offers readers the chance to explore new missions, not aired on television, as our heroes struggle to survive in an unknown world full of new creatures, unexpected visitors, and new danger. 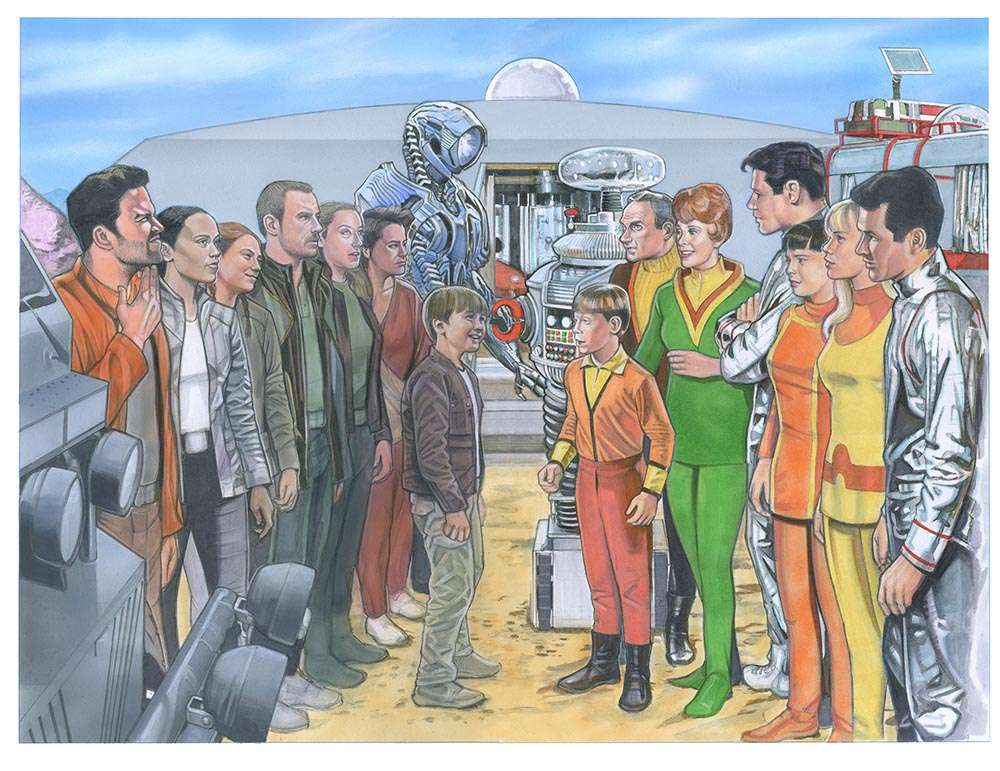 Lost in Space: The Ultimate Collection features two all-new stories that allow fans to dive deeper into the backstories of their favorite heroic characters. In “When Worlds Collide Part One,” written by Richard Dinnick with art by Steve Stanley, the Robot works to save the Robinsons from a reptilian creature that invades the camp as the family attempts to build a light tower to contact their colony ship, the Resolute.

In “When Worlds Collide Part Two,” written by Richard Dinnick with art by El Garing, the classic crew of the 1960s television series meet their modern counterparts in a story that celebrates all eras of Lost in Space. This new story features the crew of the Jupiter 2 from Earth in 1997, led by Professor John Robinson, as they encounter their counterparts from another reality who are also lost in space, having been cut off from the Resolute. Just as the two families and two Doctor Smiths are getting acquainted, they encounter a new danger.

LOST IN SPACE: THE ULTIMATE COLLECTION is now available here.