The man known only as Berzerker is half-mortal and half-God, cursed and compelled to violence…even at the sacrifice of his sanity.  But after wandering the world for centuries, Berzerker may have finally found a refuge – working for the U.S. government to fight the battles too violent and too dangerous for anyone else. In exchange, Berzerker will be granted the one thing he desires – the truth about his endless blood-soaked existence…and how to end it. 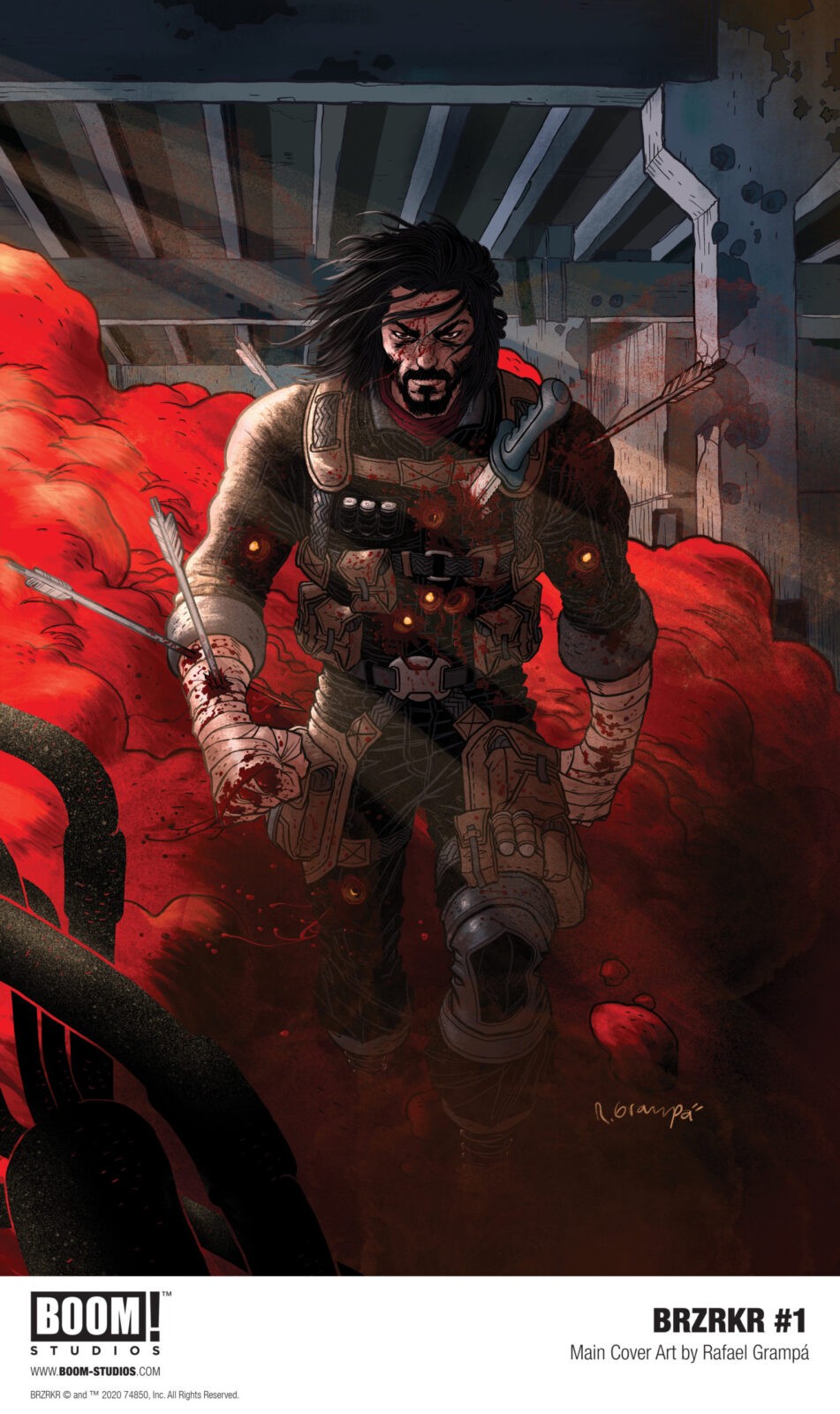 “I have loved comics since I was a young kid and they have been a significant influence on me artistically,” said Reeves. “To have the chance to create BRZRKR and collaborate with legends in the industry like writer Matt Kindt, artist Alessandro Vitti, color artist Bill Crabtree, letterer Clem Robins, and conceptual/cover artist Rafael Grampá – along with the great folks at BOOM! Studios – is a dream come true.”

Matt Kindt is the New York Times bestselling writer and artist of the comics and graphic novels Dept. H, Mind MGMT, Revolver, 3 Story, Super Spy, 2 Sisters, and Pistolwhip, as well as the writer of Folklords, Black Badge, and the Eisner Award-nominated Grass Kings with BOOM! Studios, Bang! and Ether with Dark Horse Comics, Justice League of America with DC Comics, Spider-Man with Marvel Comics, and Unity, Ninjak, Rai, and Divinity with Valiant Comics. He has won the PubWest book design award, been nominated for six Eisner Awards, and six Harvey Awards (and won once). His work has been published in French, Spanish, Italian, German, and Korean.

“The best collaborations have each partner bringing something unique to the table. With BRZRKR we mixed a potent cocktail of all the things that we love: the tale of an immortal warrior laced with history, conspiracies, spirituality, and a gigantic helping of bonkers action and violence — all with intense purpose and ultimately a heartbreaking discovery.” said Kindt.

Alessandro Vitti is a comic book artist from Italy who is known for his work with publishers in Italy, France, and the United States. Vitti has worked on Brendon and Saguaro for Italian publisher Sergio Bonelli Editore. He was the artist for Secret Warriors with Jonathan Hickman and Iceman with Sina Grace, as well as several other hit series for Marvel Entertainment, Hardcore with Andy Diggle for Skybound, Suiciders: Kings of HelL.A. with Lee Bermejo for Vertigo, and Red Lanterns with Charles Soule for DC Comics. Vitti is also the co-creator of Red Dread with Matteo Strukul, published by Lateral Studio. 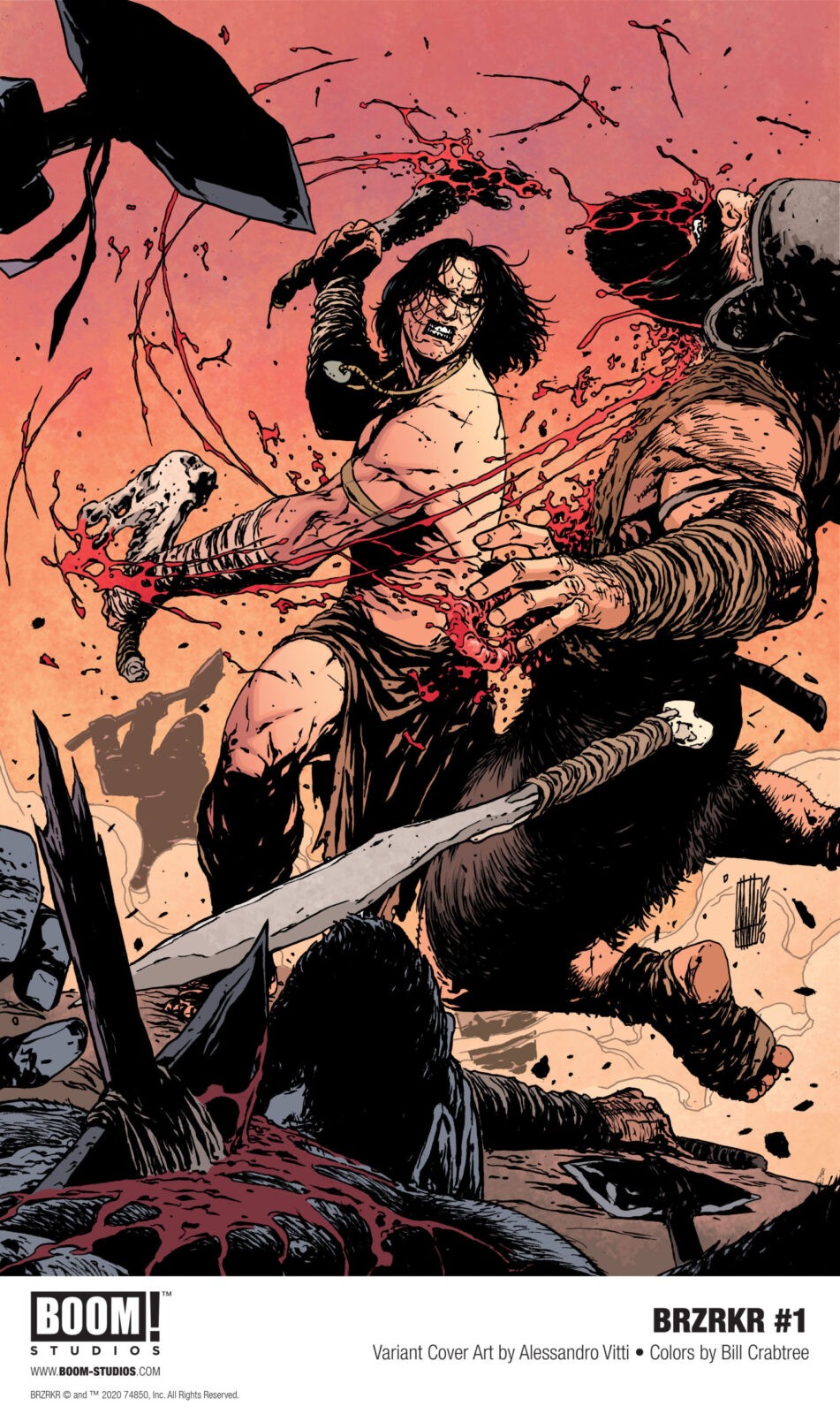 “I was visiting New York when BOOM! Studios reached out to me about BRZRKR and as soon as I saw that I would be working with Matt Kindt and Keanu Reeves, I was jumping with excitement because I knew that this would be an incredible experience,” said Vitti. “And I was right! This series has everything I love to draw, and I can’t wait for it to hit stores so we can share it with all of you!”

BRZRKR #1 features main cover art by superstar illustrator Rafael Grampá (Dark Knight Returns: The Golden Child), as well as variant cover art by Vitti and artist Mark Brooks (Star Wars: Han Solo). Fans who attend the BOOM! Studios Discover Yours Panel on July 26, 11am PT, at Comic-Con@Home will get a very special preview of never-before-seen interior art as well as behind-the-scenes information about the series and what’s in store for readers! More details at www.comic-con.org/.

“Keanu is a creative force like no other and it’s been a once-in-a-lifetime experience collaborating on his first-ever comic book series,” said Matt Gagnon, Editor-in-Chief, BOOM! Studios. “The great Matt Kindt, one of my absolute favorite creators, is working hand in glove with Keanu on scripts, the brilliant Alessandro Vitti is illustrating this series in brutally exquisite detail, and the always-phenomenal Rafael Grampá is delivering searing covers. BRZRKR is a visceral, masterly crafted comic book epic.”

Print copies of BRZRKR #1, for Mature readers, will be available in October 2020.