Joker/Harley: Criminal Sanity – Hmm, Why is this on DC Black Label?

DC announced their newest Black Label book Joker/Harley: Criminal Sanity this week. One thing stood out in comic readers minds. Who is Kami Garcia? What is her breakout comic book? Is she really a comic industry heavyweight? She scribes the upcoming Teen Titans: Raven YA novel releasing in July for DC Ink. There’s virtually no crossover between audiences for DC Ink’s YA books and DC Black Label. 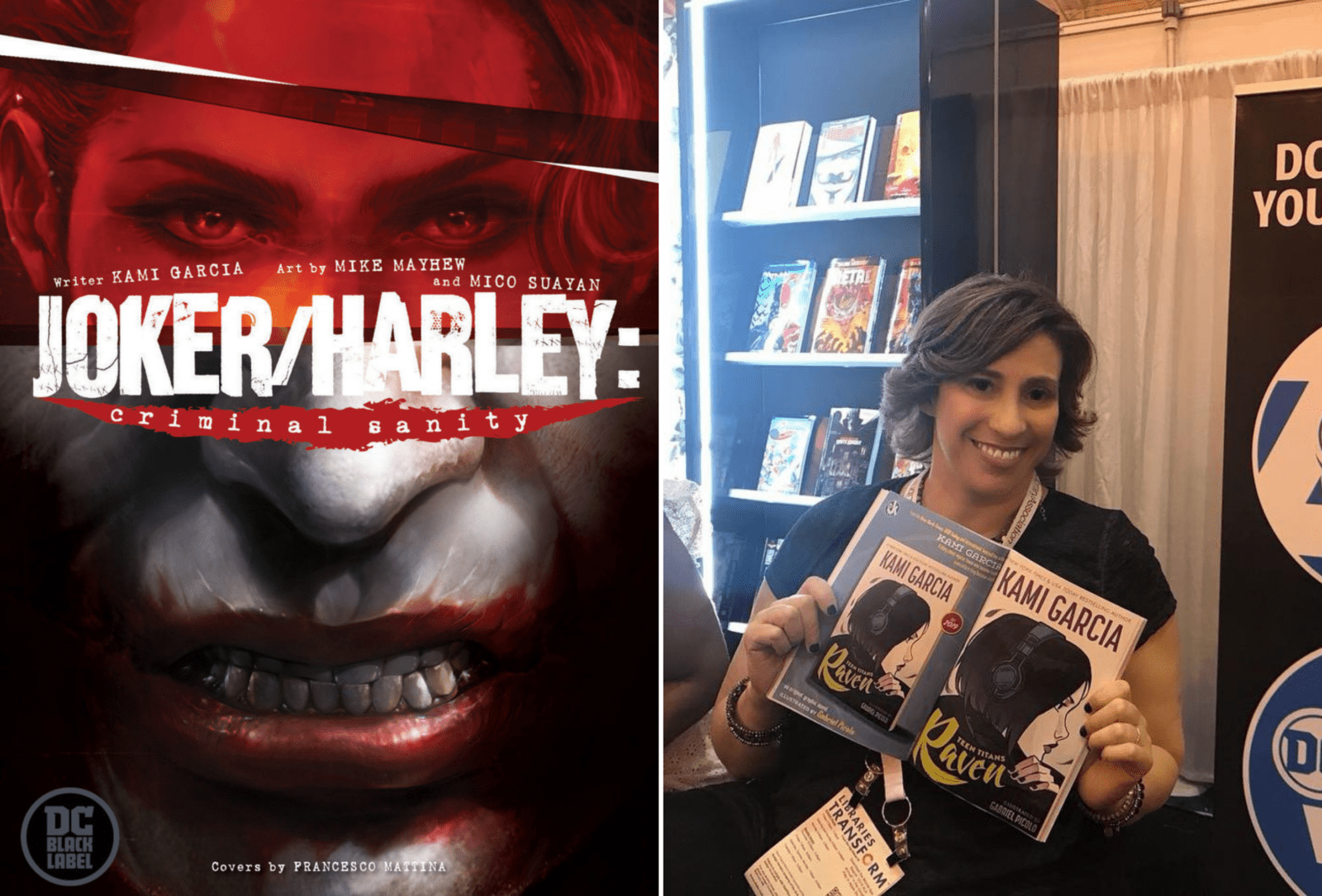 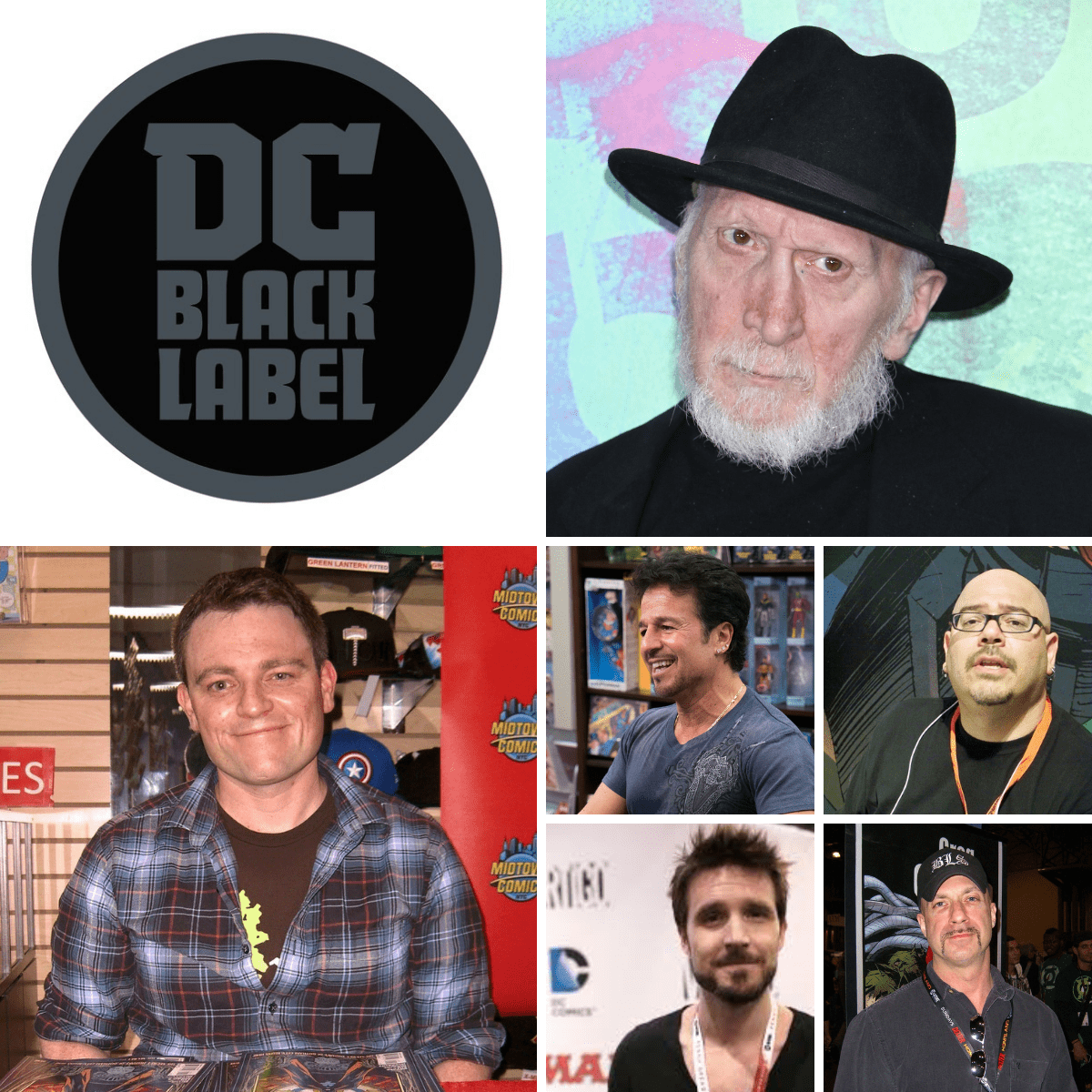 Thus far DC Black Label is an unmitigated success. Batman: Damned from writer Brian Azzerelo and artist Lee Bermijo is one of the most brilliantly illustrated comics ever Batman: Last Knight on Earth #1 from superstar creative duo Scott Snyder and Greg Capullo is one of the best comic books in all of 2019. 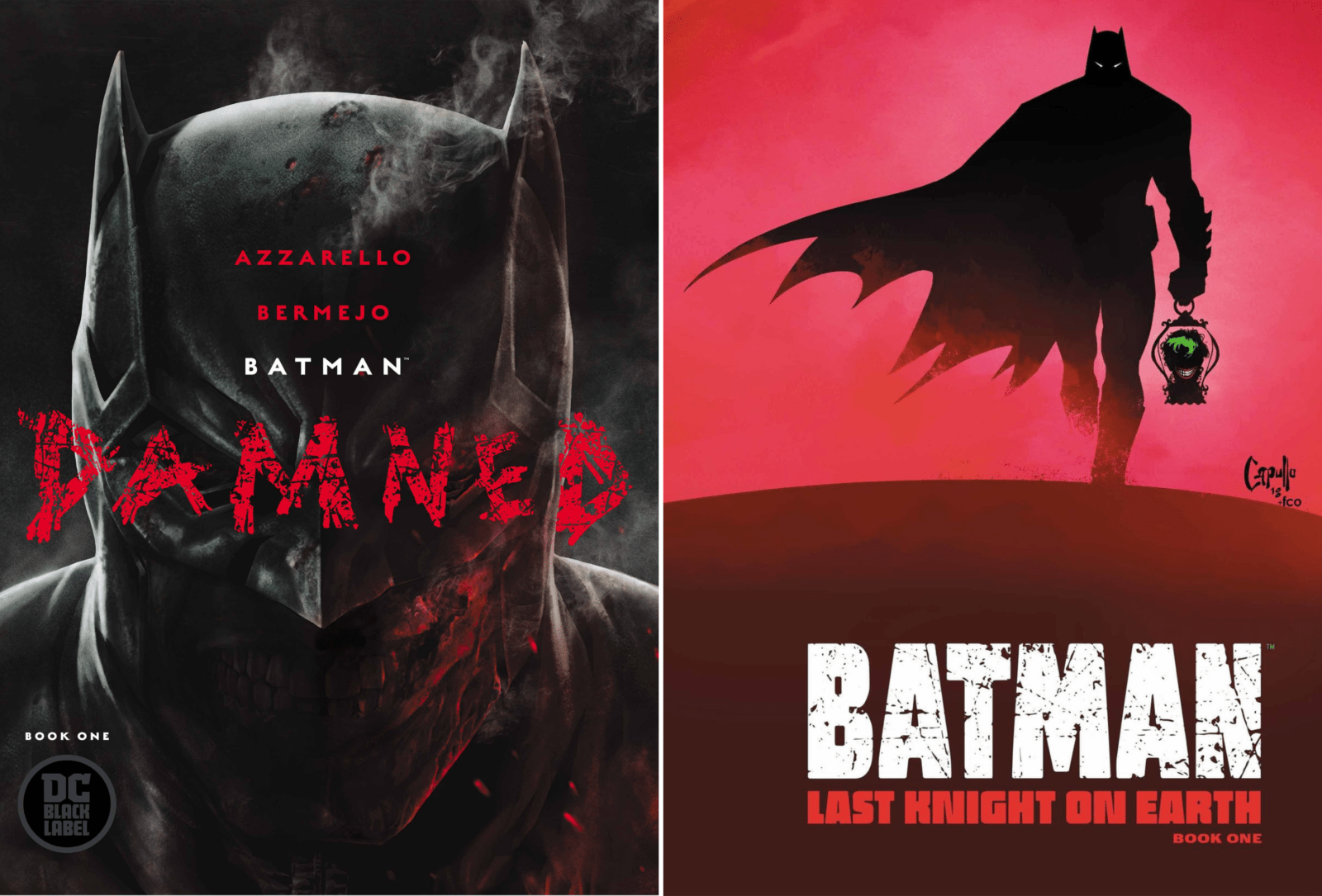 Kami Garcia is the co-author of the Caster Chronicles YA book series. The first novel, Beautiful Creatures, is a New Your Times Best Seller. The book centers on “bad girl” Ridely and Link. An upstart heading to New York to start a band. She is technically a New Your Times Best Selling author. So are Richard C. Meyer, Chuck Dixon and many other authors that actually make comic books. Why aren’t they creating DC Black Label books?

At least she’s going to have a fresh take on Harley Quinn and Joker. Something brand new for fans of the characters.

“When Kami came to us with the idea of profiling one of the most mysterious and dangerous characters in the DC Universe, it felt so new and original,” said DC co-Publisher Dan DiDio. Joker/Harley: Criminal Sanity reframes Harley as a forensic psychiatrist and profilers working the Joker’s case as a consultant for the Gotham City Police Department. Her work helps bring the authorities closer and closer to catching up with Joker. 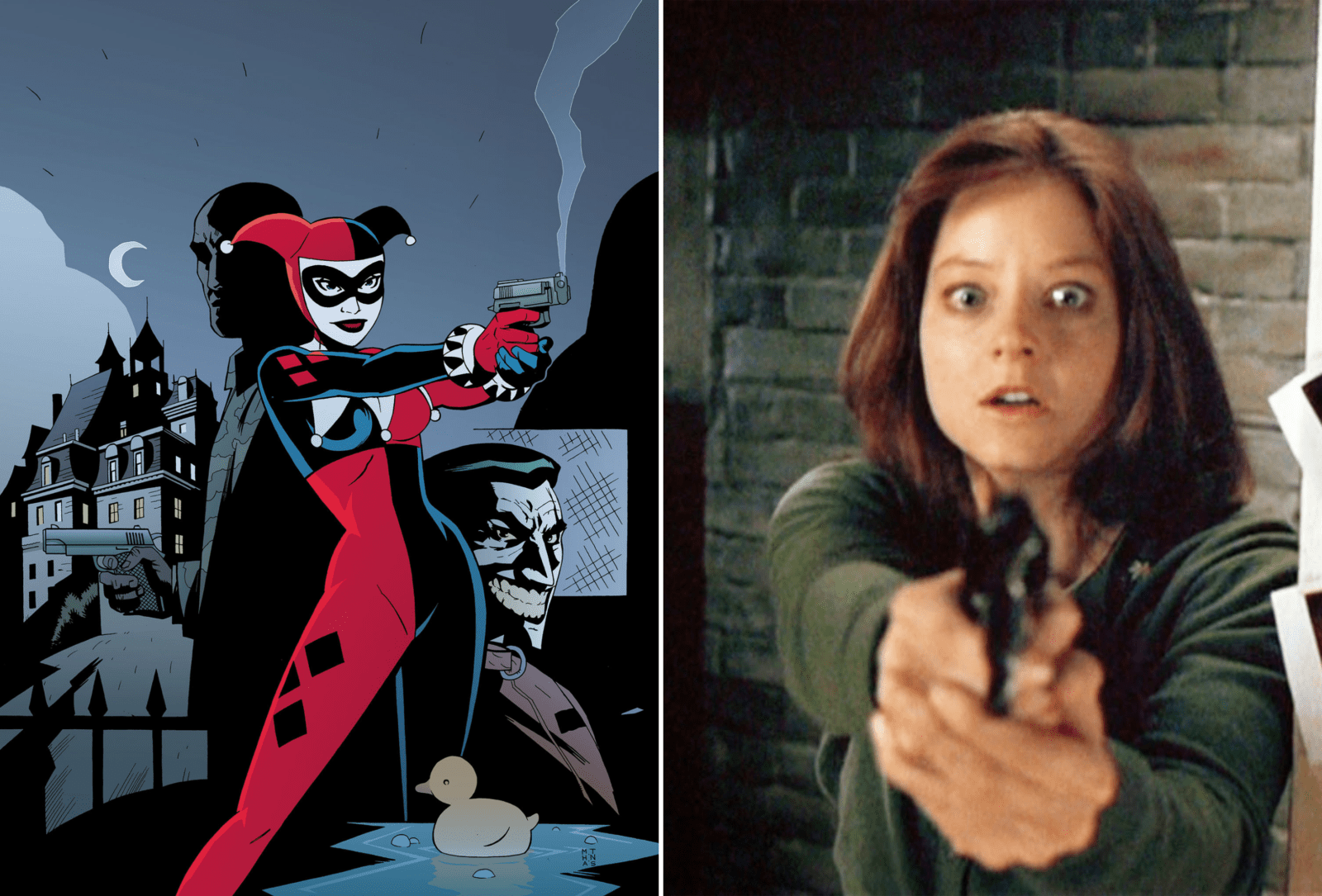 Garcia’s Harley Quinn sounds exactly like Clarice Starling from the classic horror novel and film The Silence of the Lambs. It’s not even a derivative of the character. It’s a complete rip off. Garica also claims, “Harley is the only character with the skill set and intelligence to hunt the Joker, but the investigation will force her to confront her own inner demons.” So Batman doesn’t exist in her Joker and Harley Quinn universe?

Surely bringing something special and new to the Joker character.

“There is no character more terrifying than the Joker. He is one of the most complex psychopathic killers ever created,” said Garcia. “I wanted to approach the project as if the Joker was a real person – an intelligent and sane psychopath, who kills because he wants to, not because he suffers from delusions. To me, a version of the Joker, who is sane like John Wayne Gacy or Ted Bundy, is more frightening.” 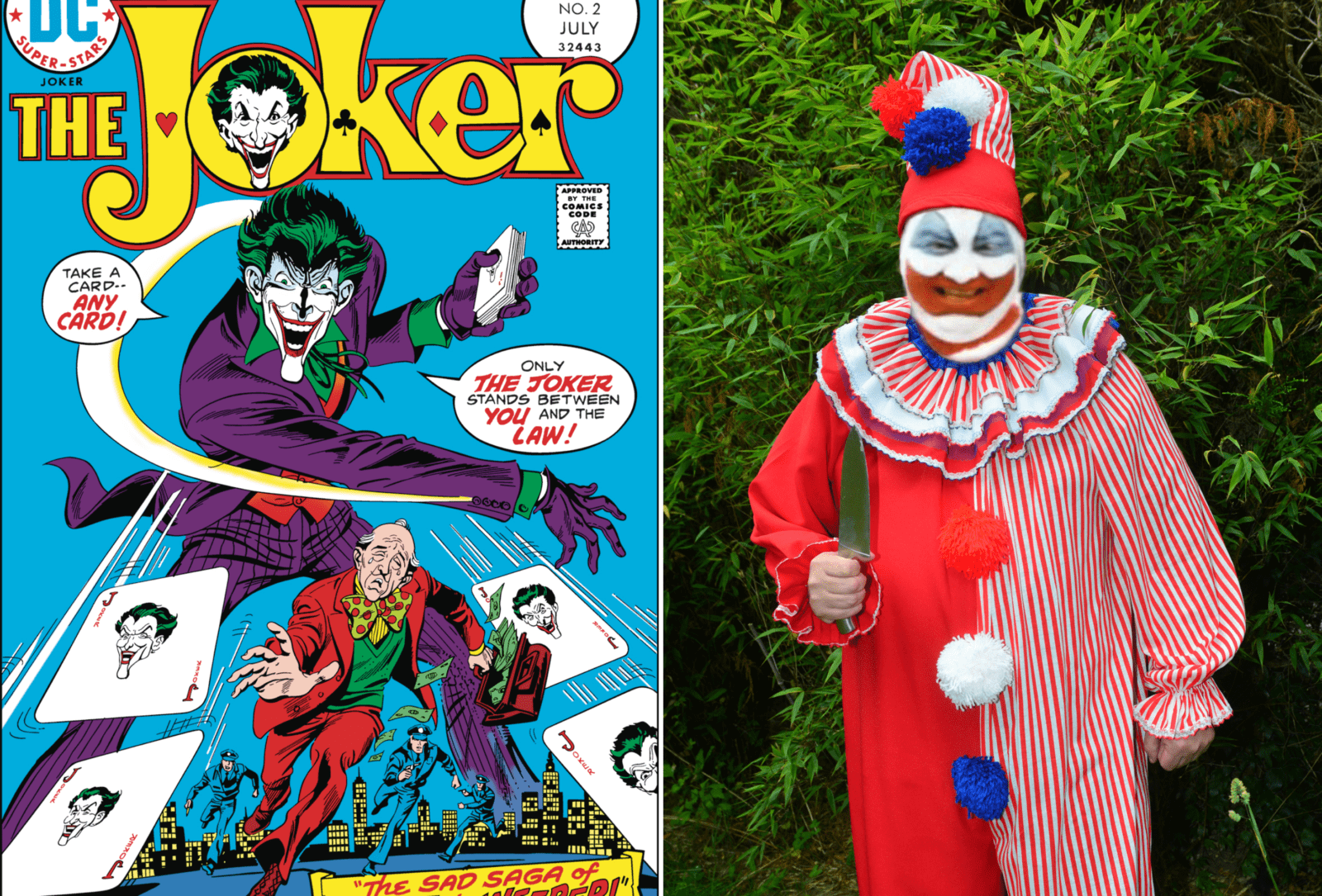 She’s not even writing the Joker in her story. It’s a brand new character based on famous serial killers, conveniently called Joker to sell books. Hannibal Lecter from Silence of the Lambs is inspired by a real-life Mexican doctor. Norman Bates and Leatherface are both based off famous American serial killer Ed Gein. Iconic horror villain Pennywise the clown is modeled after John Wayne Gacy himself.

Not exactly the original ideas you expect to impress Dan DiDio. A publisher with years of experience.

The art team is very talented but still not exactly what’s expected from DC Black Label. Mike Mahew’s reputation is built on creating beautiful comic character pin-ups, covers and trading cards for years. To my knowledge this is his first time creating sequential art. But he is very talented. Mico Suayan is a gifted illustrator in his own right, known for extremely fine pencil work and details. Despite not being the names readers expect on a Black Label series the art should be high quality.

Black Label came under scrutiny after the release of Batman: Damned #1. The book featured the debut of Bruce Wayne’s member. AT&T had just acquired Warner Bros. and longtime DC Entertainment President Diane Nelson left her position. Pam Lifford was promoted to President, Warner Bros Global Brands and Experiences. DC Comics fell under her control when the controversial issue was released. She was reportedly none-too-pleased to be blindsided by the full-frontal controversy. 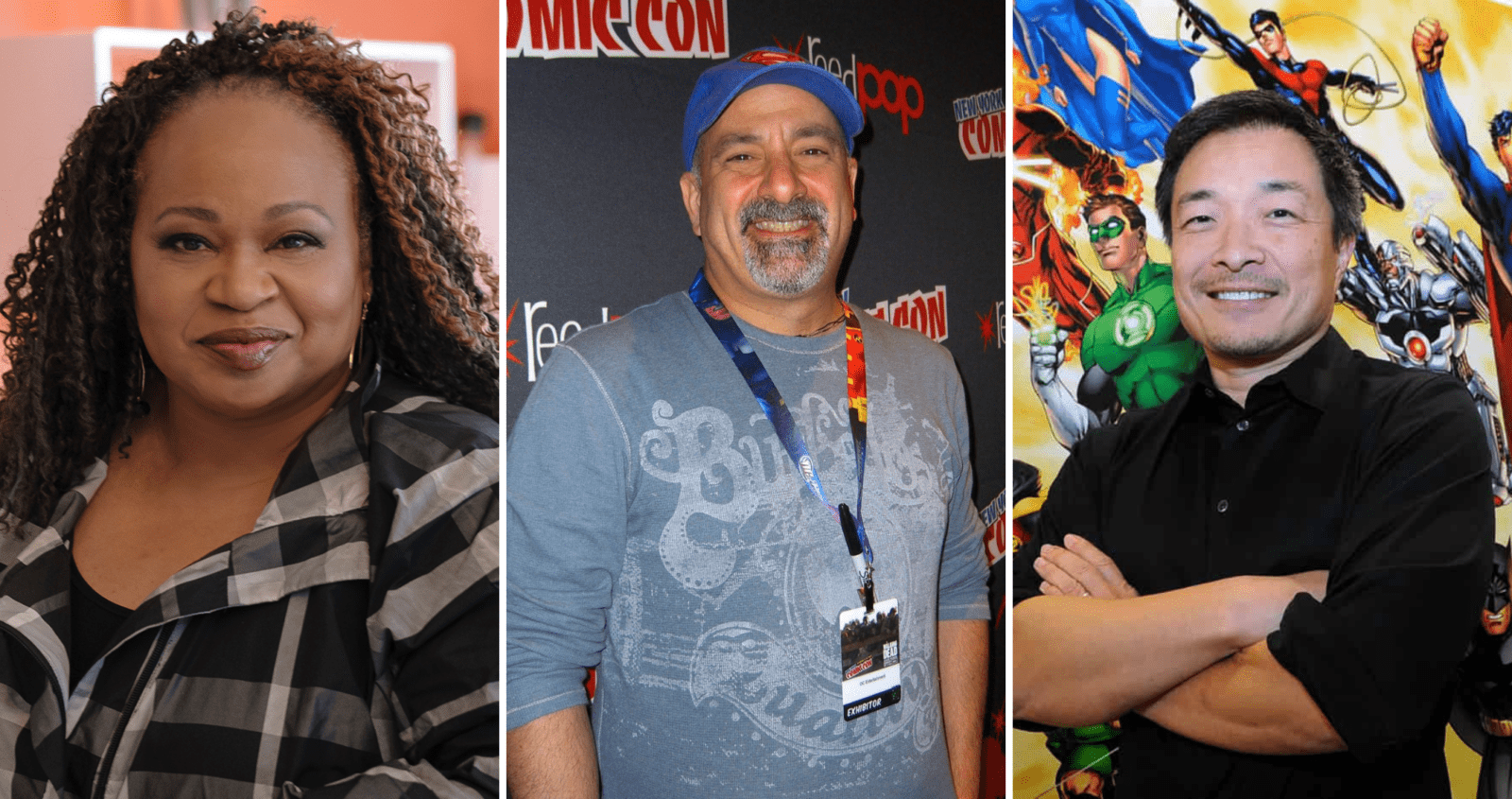 Co-publishers Dan DiDio and Jim Lee acknowledged they needed to reassess Black Label moving forward. Could part of the new direction include moving away from exclusively featuring the best and brightest creative talents in the industry? Kami Garcia and the art team behind Joker/Harley: Criminal Sanity don’t fit the original profile for Black Label.

Thus far titles under the imprint are priced at $6 and $7 each. Well above the $4 industry standard. Criminal Sanity is scheduled to release nine issues. Surely DC Comics brass don’t expect readers to pay $54 or more for a series featuring an unknown writer in the industry. As well as a top-billed illustrator who, to my knowledge, has never published sequential art before.

The synopsis of Joker/Harley: Criminal Sanity sounds an awful lot like NBC Hannibal series. Not the “new and original” story Dan DiDio claims it to be. Without a preview of the material it’s impossible to prognosticate its quality. But this IS NOT what customers where sold when DC Black Label launched. This isn’t being produced by the best and brightest creators in the industry.

One thing’s for certain. I’m highly skeptical a New York Times best-selling YA author holds any clout or sway with DC Black Label’s audience. Will Kami Garcia break the trend and successfully translate her work into mainstream comic books? Only time will tell.

For a more in-depth take on Joker/Harley: Criminal Sanity please check out the video below.

Joker/Harley: Criminal Sanity - How is this DC Black Label?