Is Now the Time to Quit Tom King’s Batman or DC Comics?

This week’s Batman #71 confirms the events involving Bane preceding it were all figments of Bruce Wayne’s imagination. Batman, devastated after Selina Kyle left him at the altar in issue 50, broke mentally. He’s hallucinating events involving Bane, his father Thomas Wayne and prisoner escapes at Arkham Asylum. Bruce Wayne survived his parent’s murder, having his spirit and back broken, Selina Kyle dumping him multiple times, and countless other tragedies. Yet he never broke mentally and spiritually. Now, Tom King expects readers to believe being rejected by Selina, again, finally did it.

I have a serious question to ask. When is the right time to drop Tom King’s Batman series?

Batman remains the most compelling, popular character in all of comics. Will ignoring DC Comics flagship series and Tom King’s destruction of Batman make it go away? Tom King’s take on Batman is a symptom of a much larger, more destructive problem with DC Comics and the industry in general. But I like Batman. I want the Batman series to be good. But I receive little enjoyment reading this series every two weeks. Bottom line, I don’t want Tom King to fail with the character but at this point it feels inevitable.

Nobody at DC Comics, including King, forces me to read Batman. The Dark Night is the most overexposed character in all of comics. There are many alternative Batman titles available. Several are very good. But I know that no matter how great Tomasi’s Detective Comics, Jurgens’ Batman Beyond and Hill’s Batman and the Outsiders are, the only book that matters in DC continuity and to the future of the character is King’s Batman. If King breaks the character beyond repair in Batman he can’t continue to function properly in any other books written in continuity. 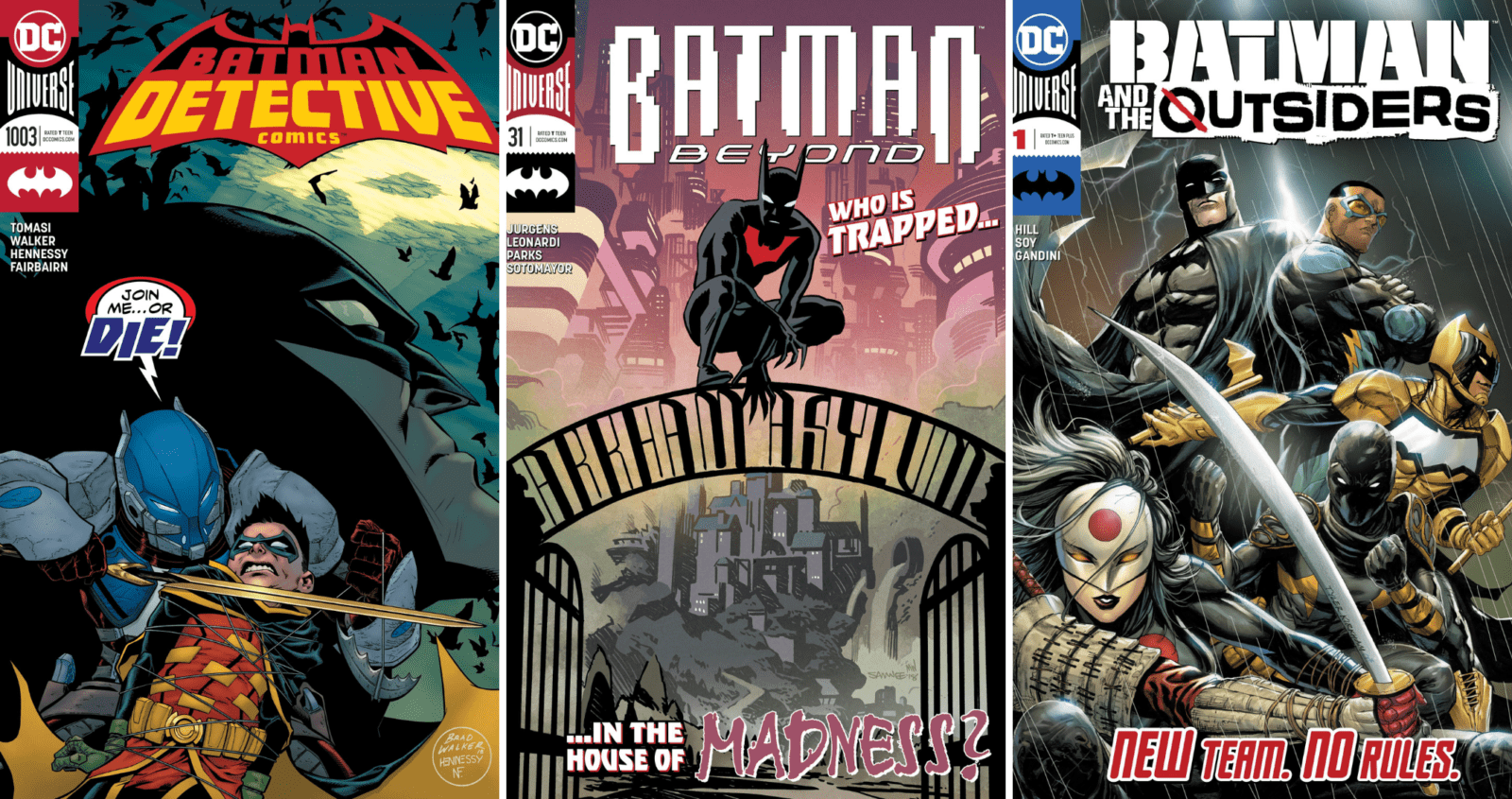 In a recent interview with the Hollywood reporter Tom King stated, “What we’re going to do for the last 15 issues is something no one’s ever seen for the character. It’s something that’s going to change the character for a generation, or maybe more. Maybe forever.”

My theory is Batman is suffering schizophrenia, dissociative identity disorder or another severe mental health malady. Batman will likely have a second identity called “Bane” that secretly runs crime in Gotham. This is a terrible direction for any heroic archetype, and I hope I’m reading this all wrong.

This leads to an even bigger question. Should I keep reading and supporting any DC Comics? The amount of DC titles I read steadily declined the past 9 months. Hawkman, Teen Titans and Adventures of the Super Sons are all great. But is it really worth supporting DC Comics and their nauseating path? Tom King’s Heroes in Crisis is only the first event to usher in DC’s new universe of hopelessness and ugliness. This will get far, far worse before it gets better. DC mapped out at least 12 months of storyline that will likely make Heroes in Crisis feel like Superman For All Seasons before it’s over.

Brian Michael Bendis already destroyed Superman and his family in his Man of Steel miniseries and subsequent run on Superman and Action Comics. Bendis completed this in four simple steps. Jor-El took Jon Kent from Clark in Man of Steel #5. Lois left Clark to accompany Jon in Man of Steel #6. Lois returned to Earth without Jon and went into hiding from her husband in Action Comics #1003. Finally, Jon Kent returned to Earth aged up 7 years in Superman #7. Just like that every good thing about Superman created in DC Rebirth was destroyed. 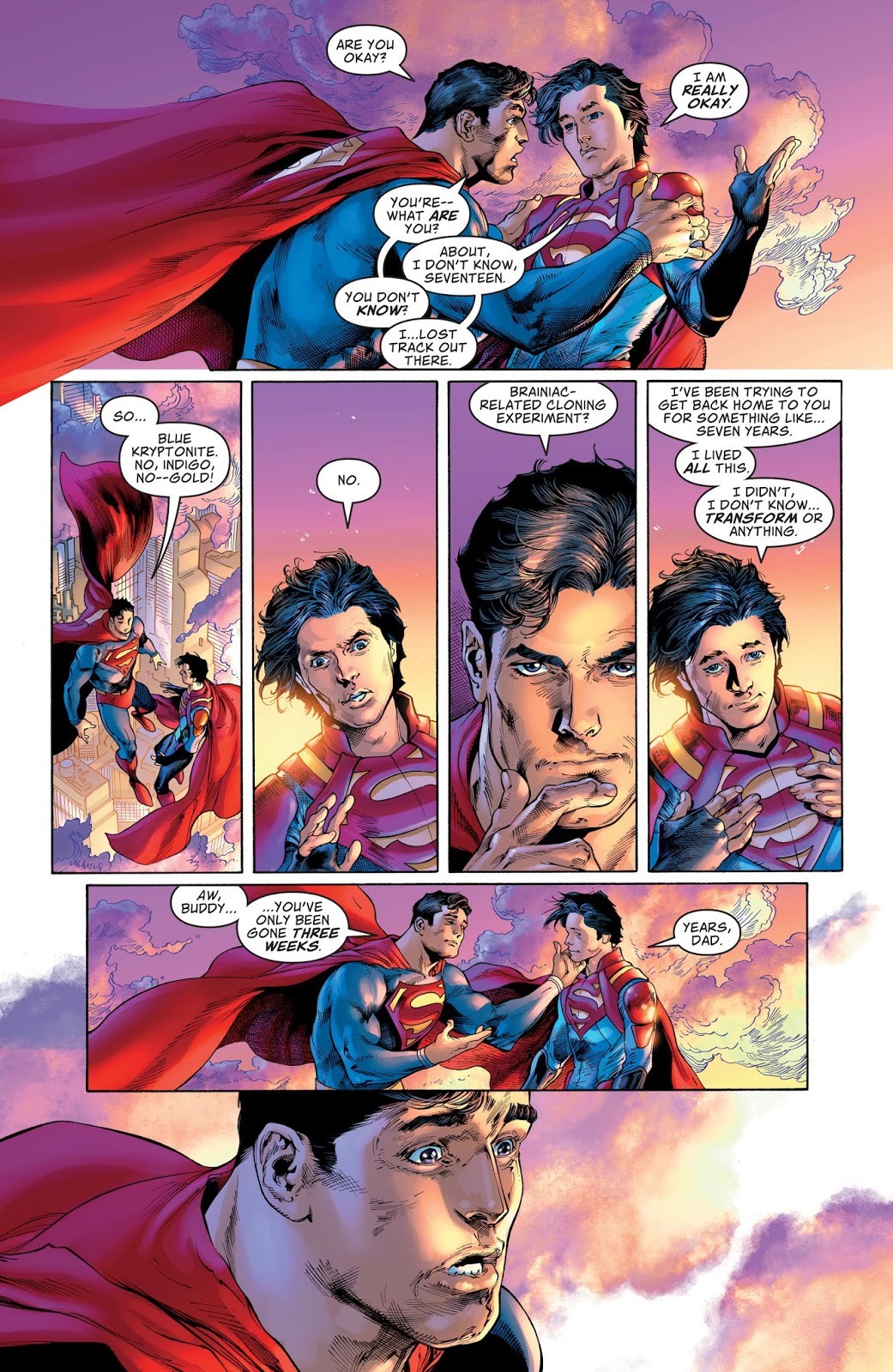 Tom King just destroyed the symbol of hope in DC Rebirth, Wally West. Heroes in Crisis #8 not only revealed Wally was a mass murderer. He also used the speed force to cover up his crimes. He frames two innocent people receiving treatment for PTSD and murdered his future self. King turned a generation of DC Comics definitive Flash into a homicidal maniac. He also reframed the speed force so every user is a ticking time bomb waiting to explode.

DC Comics recent Year of the Villain special sets a new, even darker, direction for the DC Universe. Lex Luthor begins visiting various series offering villains a way to defeat heroes once and for all. The event culminates “in a battle between good and evil in November when one side will win,” writer Scott Snyder said, “and that will propel the biggest story we’ve told, at least in my time in DC, from December through spring of 2020.” It sets up a new Batman/Superman series written by Josh Williamson featuring Batman Who Laughs and an all-new Secret Six.

“We discover, through the Batman Who Laughs series that the Batman Who Laughs have been working on this massive plan since Metal. What it is is, he has sleeper agents throughout the [DC Universe]. They’ve been infected, and they’re slowly turning into the worst versions of themselves,” said Williamson. “Some of them know they’re changing, some don’t. Some aren’t aware it’s kind of like a Jekyll and Hyde situation where they’re not aware of [what] the other side is doing.” 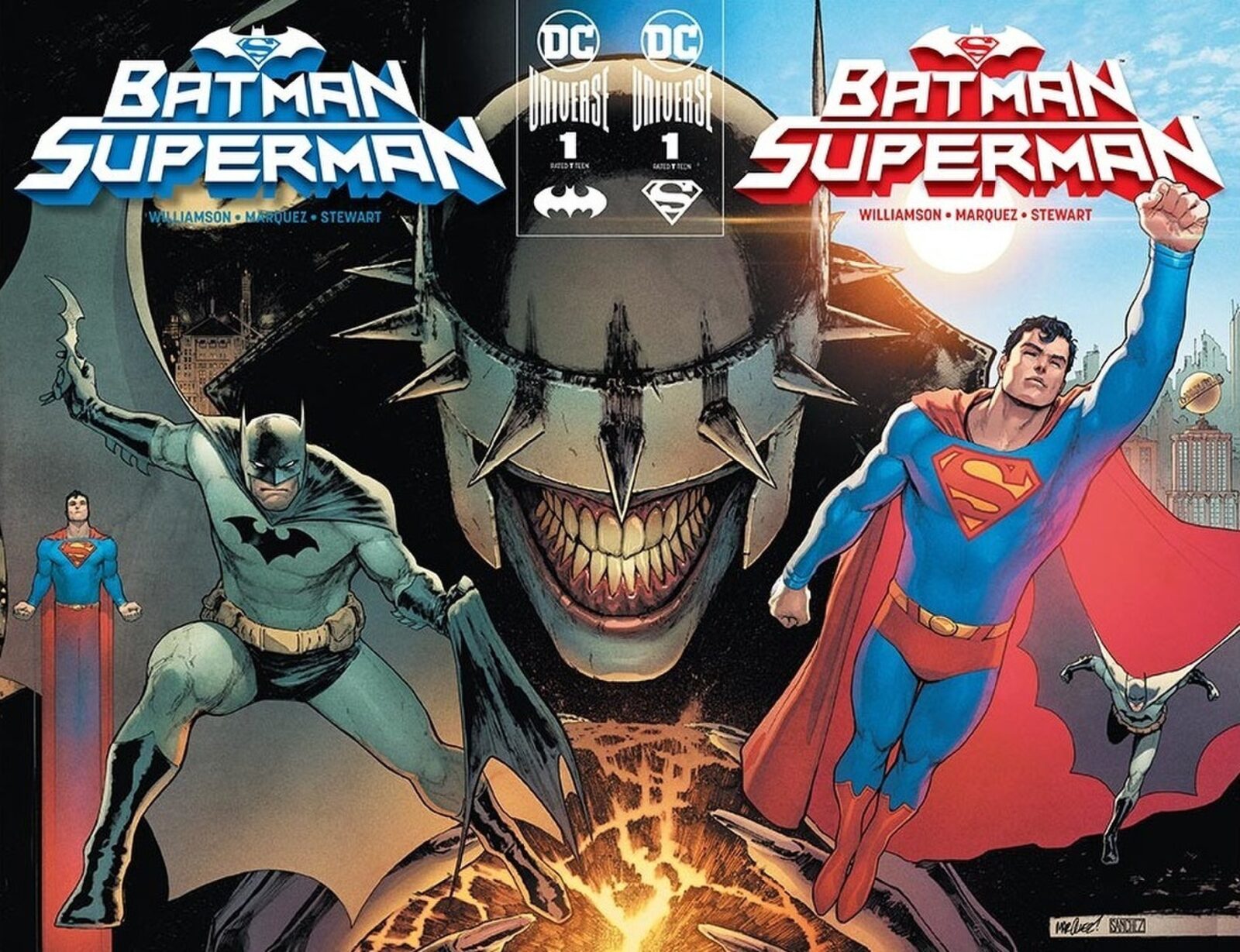 “This is happening to six people – we’ve been calling them the new Secret Six – who have been turned. But who could be turned? Who are they?” Williamson continued. “[Batman and Superman] have to go out and figure it out. But that means spying on other heroes, friends, allies. We talked about the end of the Thing, where it’s the two of them and they’re like, ‘It could be you, it could be me, but now we have to work together.’”

The revelation that six DC heroes will be turned evil, likely by Psycho Pirate, sounds very close to what’s happening in Heroes in Crisis #8. But six times worse. Dark Knights Metal was a hugely successful event but ended DC Rebirth. A far better direction for the DC Universe. This all sounds like a deeper turn down a very dark path. At this point I’ll be surprised if Heroes in Crisis #9 isn’t the reveal that Wally West is the first Secret Six member. King’s original Heroes in Crisis story was altered, likely to kick this new direction in DC comics into high gear.

DC Comics is heading an extremely disturbing direction. They destroyed Superman, Batman and Wally West Flash. They are turning six heroes into villains through spring 2020. I don’t owe Tom King, Scott Snyder or anyone at DC Comics my time or money. It’s on them to earn it. I have a small, and in my opinion, successful channel on YouTube. Am I doing any good promoting DC Comics, positive or negative? Do I want any part of DC Comics? It’s a tough question I genuinely struggle with. Is now the right time to quit Tom King’s Batman? How much darkness am I willing to allow into my life through entertainment. When is the right time to drop DC Comics and their hopeless, ugly Universe?

For more information and a full review of Batman #71 please check out my video below.

When is the Right Time To Drop Batman and DC Comics?