On September 25, one of the ongoing superhero teams will be changing their moniker in RUNAWAYS #25. The team is the Runaways themselves, and the new name is just about the most ridiculous name for a superhero team I think I’ve ever heard of. 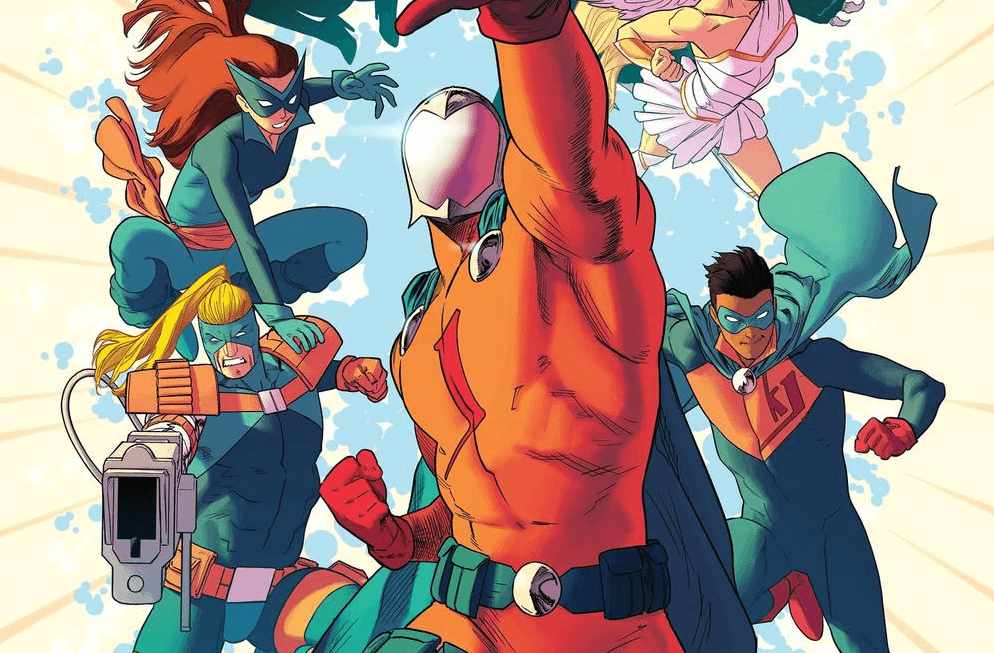 “We started mapping out the latest arc of RUNAWAYS, issues #25-30, and we thought about one of the things that this series does best is take a classic Super Hero comic idea and subvert it, do a Runaways spin on it,” explains Lowe. “From classic moments in the original Brian K. Vaughan-Adrian Alphona run to stuff in the more recent issues, so much of this series is about subverting those Super Hero expectations and ideas.”

“And something that Super Hero comics do is a big costume change or a name change, and Rainbow had the idea for Doc Justice and the J-Team—this venerable Los Angeles hero who’s without his support team. And maybe the Runaways become that! So what we’ve got coming up is Doc Justice recruiting the Runaways, and they’ve never done anything like this before.

“For as much as RUNAWAYS is a Marvel comic, as much as they’re super-powered characters,” Nick continues, “they’re not Super Heroes. They never have been. They’ve done things to help people, heroic things, but they’re not Super Heroes; they don’t go on patrol. So you’ll see the start of it all in issues #24-26, but things really start happening in issue #27… And we have a guest artist for that (who’s not really a guest) because Kris Anka is back for an issue! He’s coming in for RUNAWAYS #27 to help us mint the group as the J-Team. We’re super glad to have him. “This arc is gonna go places you will not expect it to go. If there’s one thing you know about RUNAWAYS, it’s that it will surprise you at every turn…”

For his part, EiC Cebulski tweeted out the following image, comparing DJ & the JT to such legacy teams as The Avengers and The Defenders.

What, no Fantastic Four? 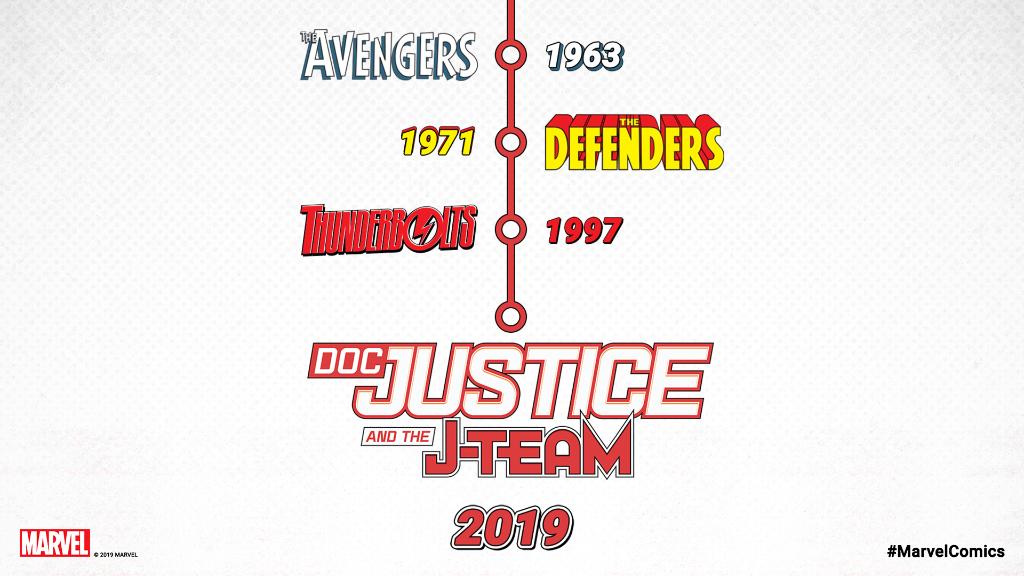 The “on-the-nose” social justice sounding team name was a big hit in the trollier parts of the web. 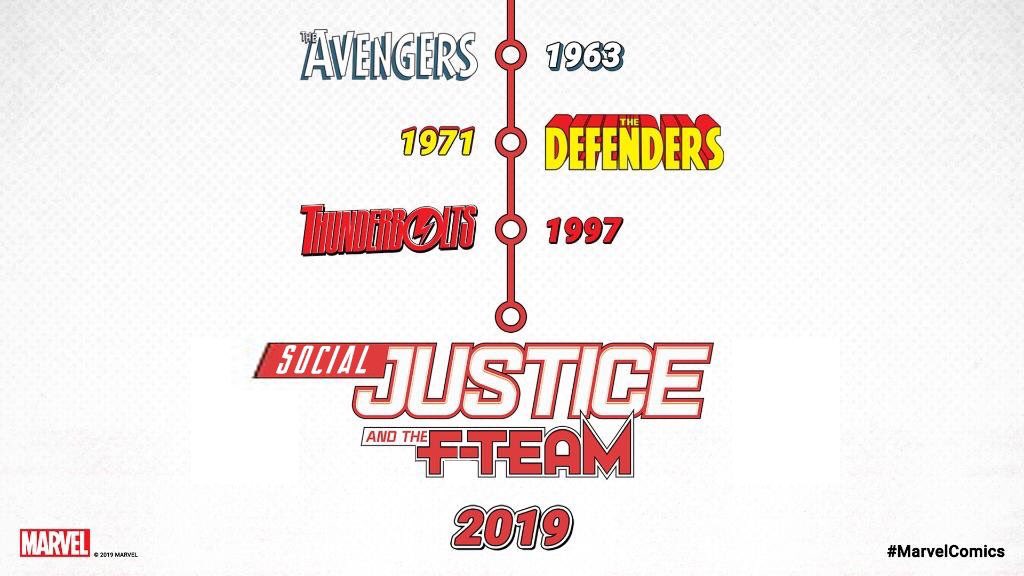 What are your thoughts?

Patton Oswalt’s Awful M.O.D.O.K. Show Canceled at Hulu After One Season
No Thanks: Marvel Announces a New Thunderbolts Team Comic
'Saga' is Back at Image Comics, Along with Its Far-Left Politics
Why Hulu Should've Killed the 'Y: The Last Man' Series in the Womb
After 3+ Year Hiatus, 'Saga' Returns to Very Different Comics Market
Full Throated Woke-ness of Hulu's 'Y: The Last Man' is Now Confirmed
How "Woke" Will Hulu's 'Y: The Last Man' TV Series Be?