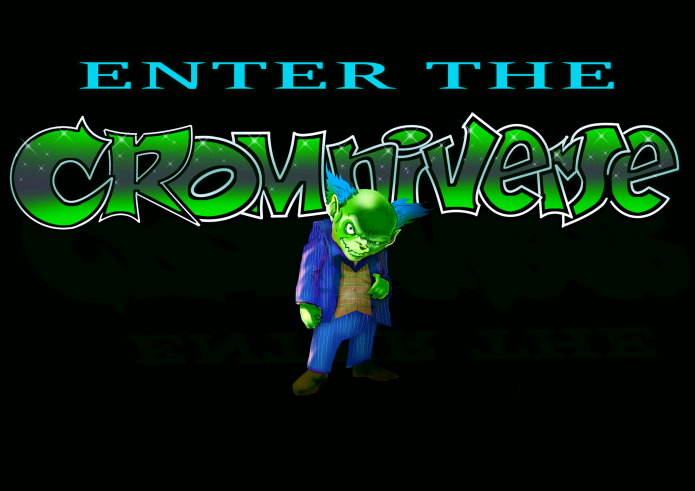 Check out the campaign here.

Pops Van Zant: Yes! Comic Related Madness is presenting an anthology based on the original design of everyone’s favorite internet troll, CRoM!!! by Edwin Artex Badillo. CRoM!! is a literal internet troll thriving on chaos and madness! Nothing and no one is beyond his CRoMnipotent reach! If the internet is present, so too is CRoM, ready to amuse himself by derailing the best laid plans. Did your computer crash? CRoM!! Has your Zoom meeting gone awry? CRoM!! Did the power go out? CRoM!! Getting freaky ads on your social media? And of course, can’t find your stash? It’s ALL CRoM!! 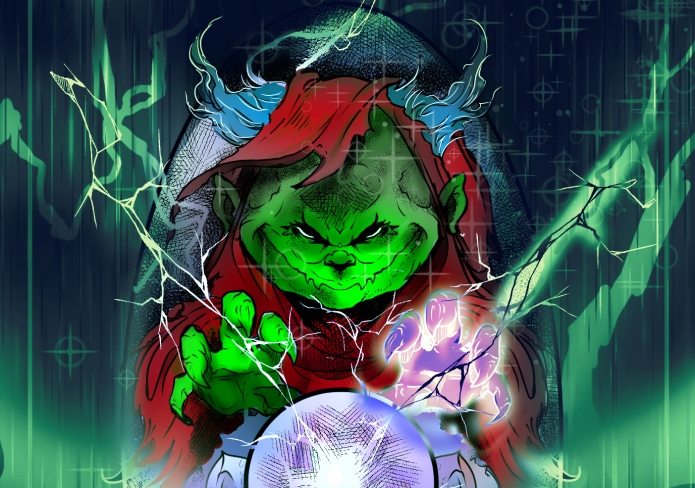 CRoMniVerse Anthology: Vol #1 – “Enter The CRoMniVerse” is an anthology of stories based on the Madness Mascot and to pull it off, I’ve gathered some of the most fun and talented creators in independent comics to bring CRoM to life with this 90+ page anthology! 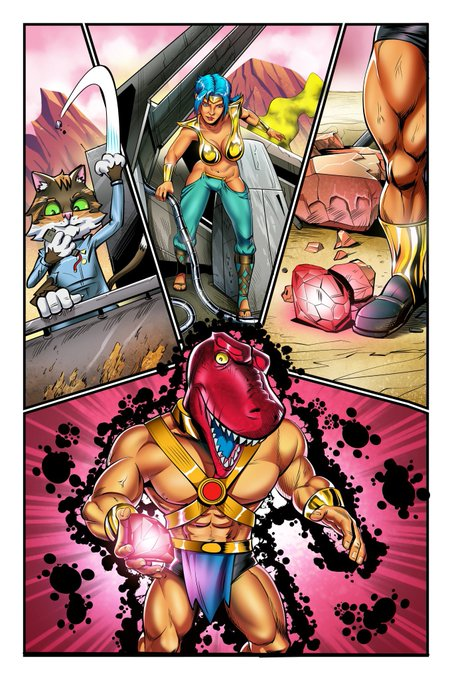 CB: So what kind of comic readers is this suited for? Who is it aimed at? 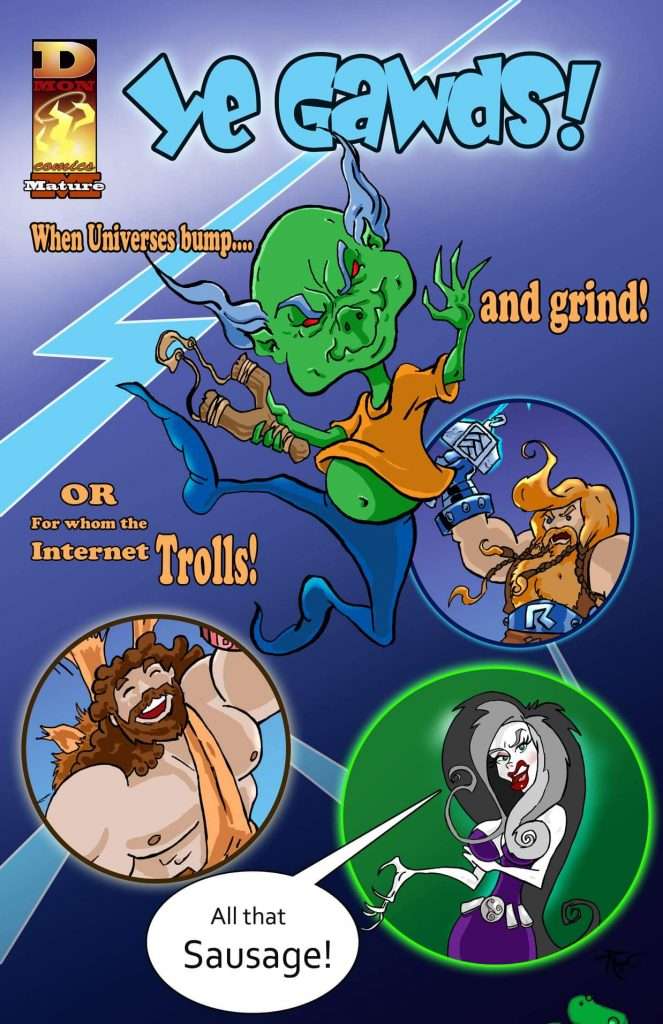 CB: Talk about your creative team that contributed to this project. 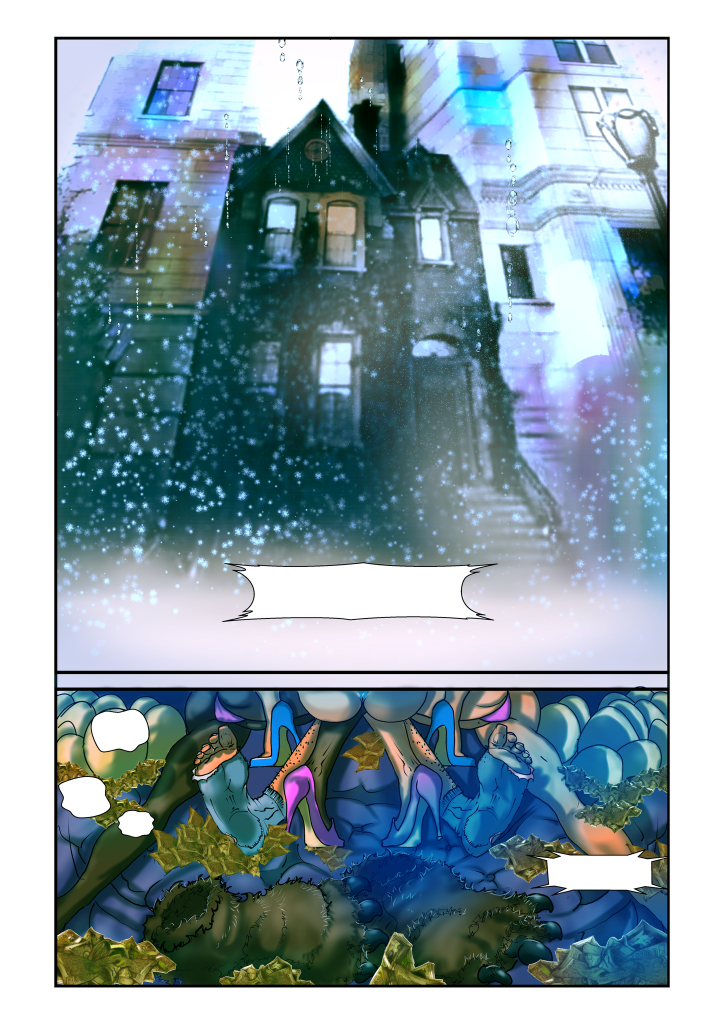 CB: That’s a massive team! So how far along is production on the book?

PVZ: Work is coming along fine. We currently have a deadline of 4/20 to be completed with all the art and the Indiegogo campaign ends in May. 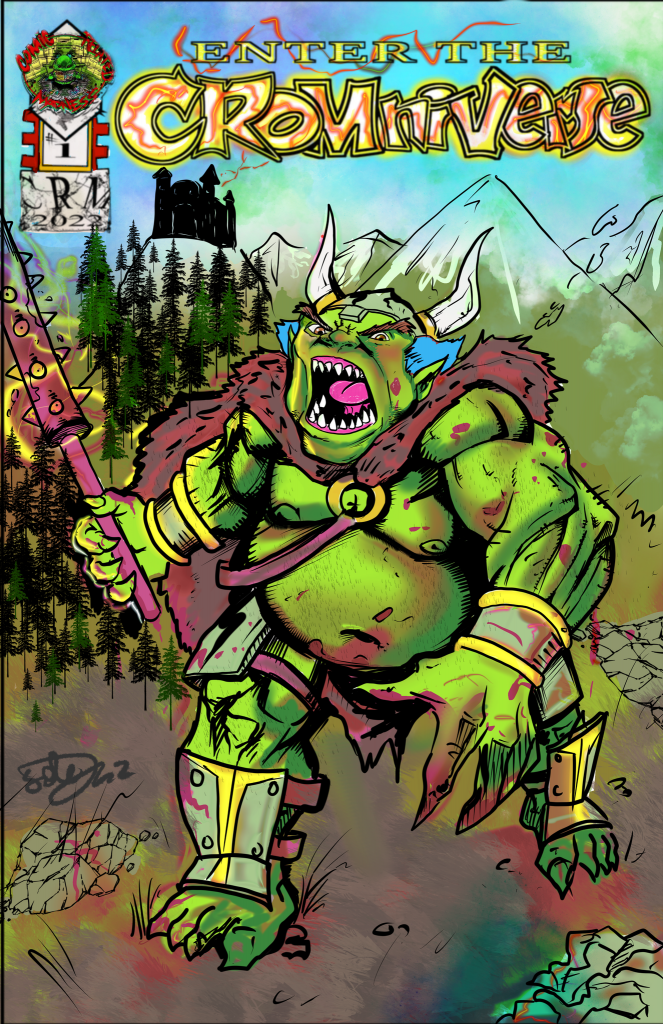 CB: Sounds like an indie version of Heavy Metal. Is this just the beginning of the CRoMniverse? Are there more stories to tell?

PVZ: Oh yeah. Some of these creators are already working on their next CRoM stories! 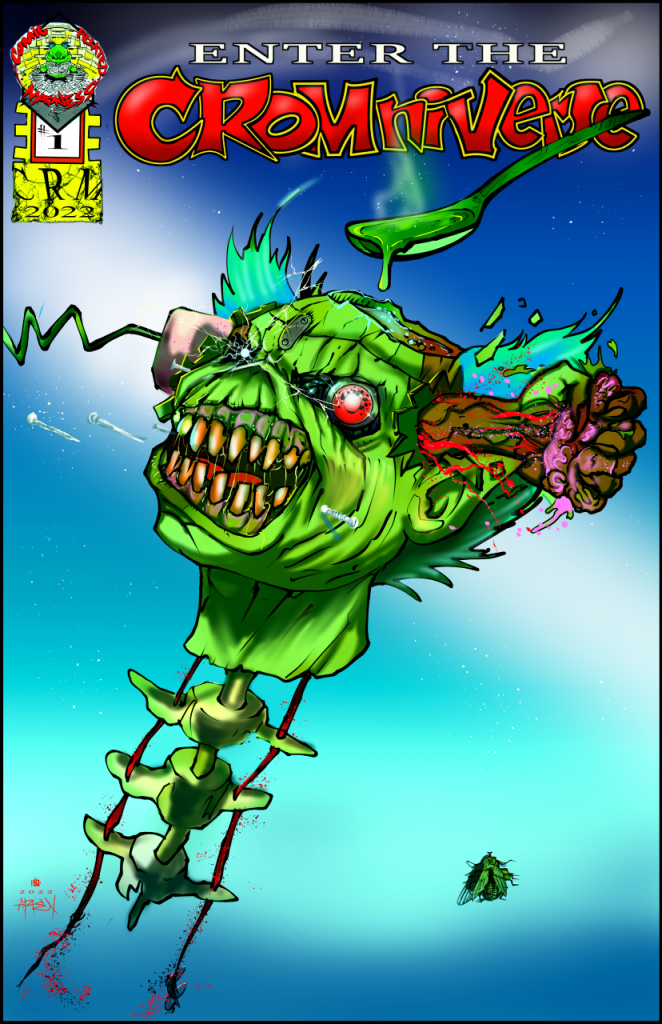 CB: What are you doing to make this project and this campaign stand out?

PVZ: We’ve got hand painted custom CRoM shoes, CRoM rolling papers, tapestries, and much more… Enter at your own risk…!

Check out the campaign here. 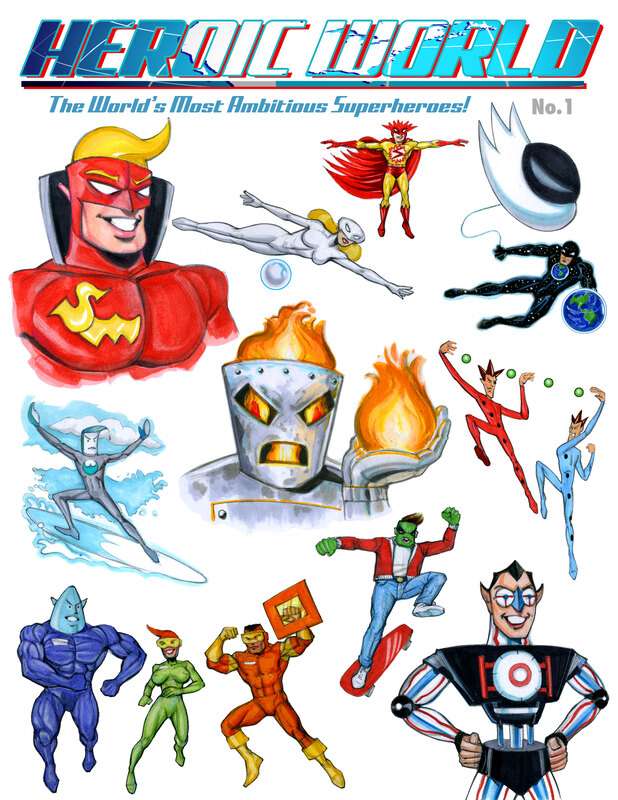 Chris Braly: Welcome to Indie Comics Showcase, Scott! Give me your elevator pitch for Heroic World!

Scott Cranford: The Earth Avenger has arrived! How will this affect the Heroes here on Earth. This premier issue of Heroic World introduces a Universe of Superheroes unlike any other. Sharpman, Platinum Gloss, The Human Furnace, The Wave, and many others — each with an ambitious agenda of tackling social issues the world faces today.

CB: Nice. So where did the idea for this comic come from, and made you decide to self-publish?

SC: My desire to create superheroes came from my love of superheroes. In 2000 I launched www.HeroicWorld.com, a superhero entertainment website where I introduced the original Heroic World superheroes in the form of scroll along adventures. That same year I became the city of Metropolis’ official Superman and I was able to discuss the Heroic World superheroes on a LA radio station, KROQ’s Kevin and Bean show with Ralph Garman for 11 years. My website was also featured in Wizard magazine. The websites’ continued success motivated me to improve my art skills and put out a publication. 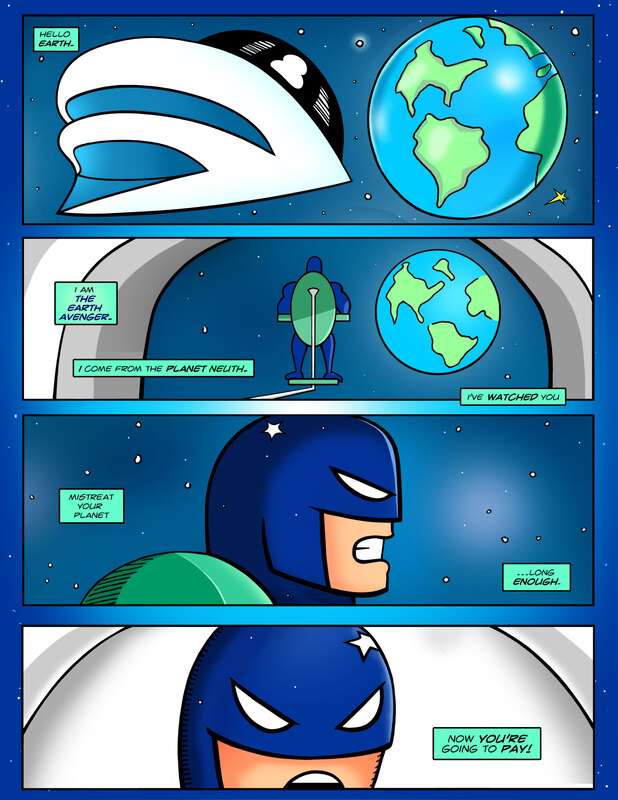 CB: What kind of comic readers is Heroic World best suited for?

SC: With Heroic World I am going for a 3 to 100 crowd. I am hoping it will appeal to the really young groups and be promoted by parents. I have been an activist for over 20 years of teaching kids good values through superheroes and heroics.

CB: How would you describe your style and creative process?

SC: I spent many years working on action and superhero movies as a stand-in, an extra, and actor.; Die Hard 2, Predator 2, Batman Forever, Batman Returns, Batman and Robin, etc. During the down time I created The Heroes of Heroic World. The atmosphere was very motivating for working on and creating heroes. I enjoyed learning every step it took to make the comic book, from coming up with a story, to penciling, inking, coloring to deciding where to put the dialogue. 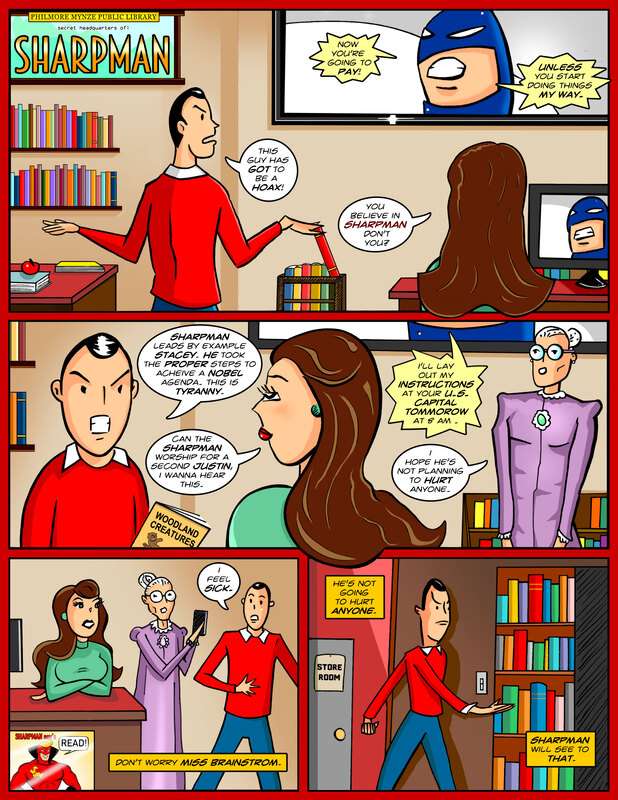 SC: For this book, I called upon my friend and fellow artist Stave Stanley. He painted over my pencils for the cover. I draw every day, several times throughout the day. I have a tall stack of 8x5 cards to my left which I draw upon whenever I get an idea. I switch back and forth between pencils, inks and colors to keep things fresh. I run a superhero entertainment site so I’m also doing a lot of photoshop and getting more into animation. 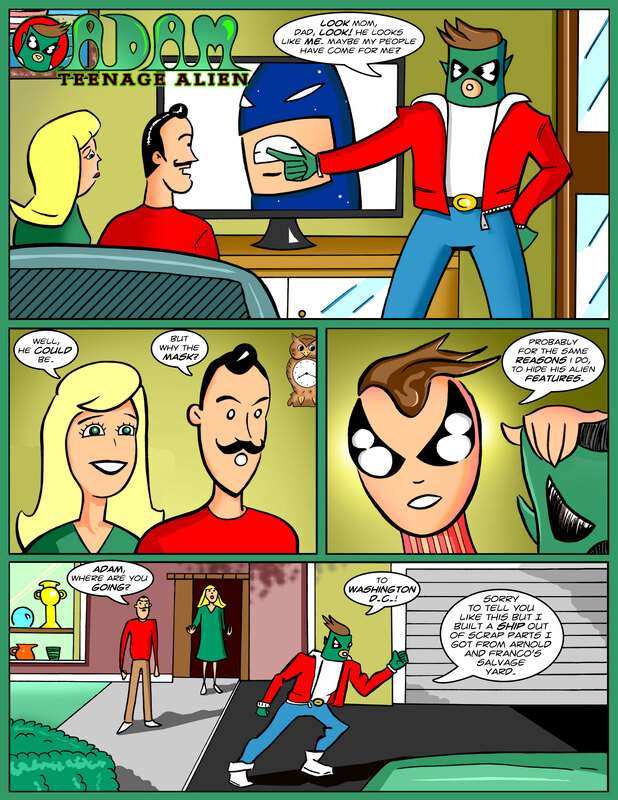 CB: What have you been learning from self-publishing through this process?

SC: I love that we are in a time where it is possible to self publish and not only is it not frowned upon, it’s also cost friendly but you have to follow every step correctly. There’s no cutting corners.

SC: In the first issue of Heroic World, I introduced 10 original heroes. I am working on single comics for each hero. So I’ve got a lot of work to do. I have original screenplays written for Sharpman, The Earth Avenger and The Daring Darrens also an animated series written featuring Adam The Teenage Alien, Platinum Gloss, The Human Furnace and The Wave.  In the meantime, the next comic book slated at Heroic World Productions is Sharpman. “The Smartest Man in the Universe”. 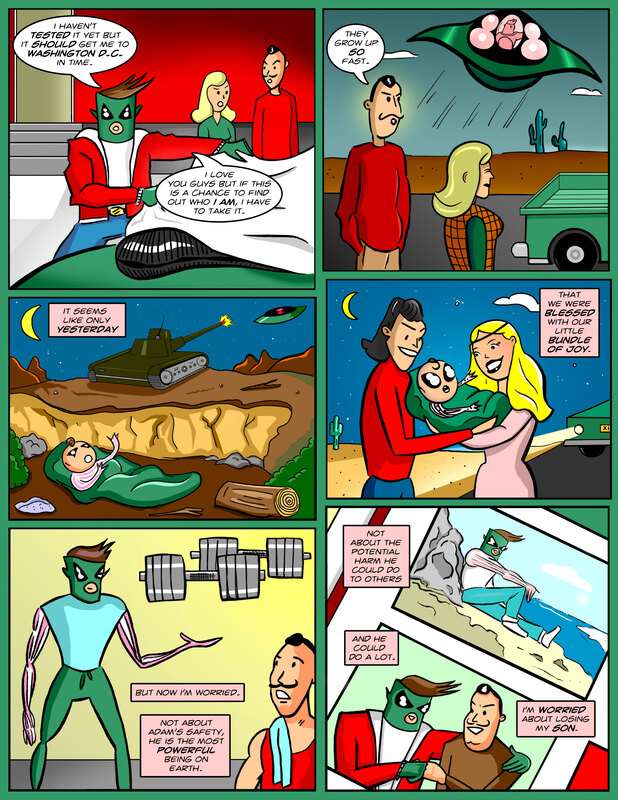 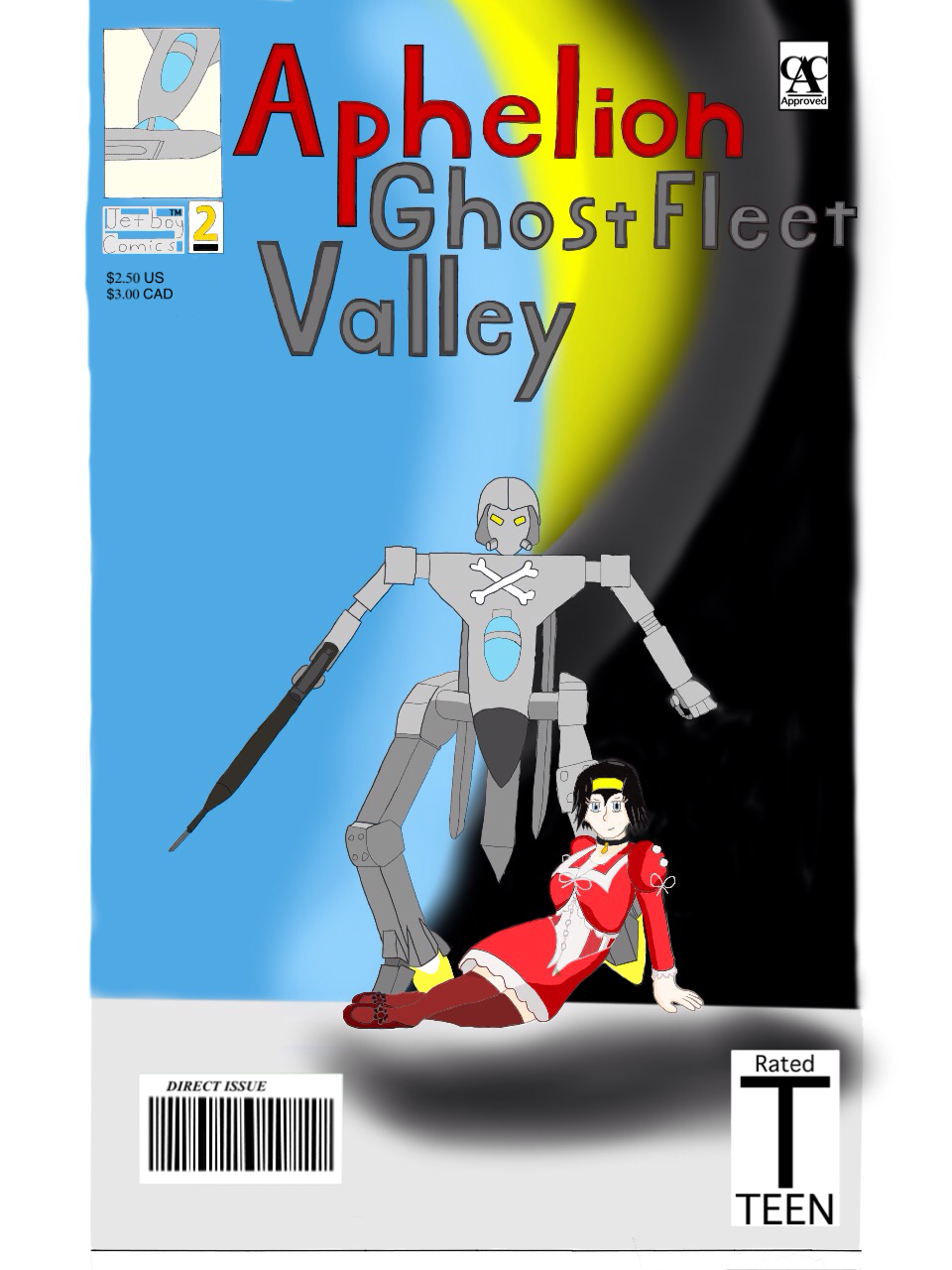 Chris Braly: Give me your best elevator pitch for Aphelion Ghost Fleet Valley, Daniel. And tell me what inspired you.

Daniel Downey: The story is about a young soldier named Ollie Beckman who has been stranded on a alien planet and must escape. However along the way he will encounter vicious creatures who will stop at nothing to get him, but along with that there are humans such as his big Cleo Harminn who will also try to prevent him from getting out.

The idea for the story came from watching James Cameron’s Avatar a movie I really didn’t enjoy but it gave me the inspiration to start writing it. Originally it was to be a short webcomic that would run for a total of six issues but the story got more larger in scope. If you like science fiction and giant robots, this is for you. 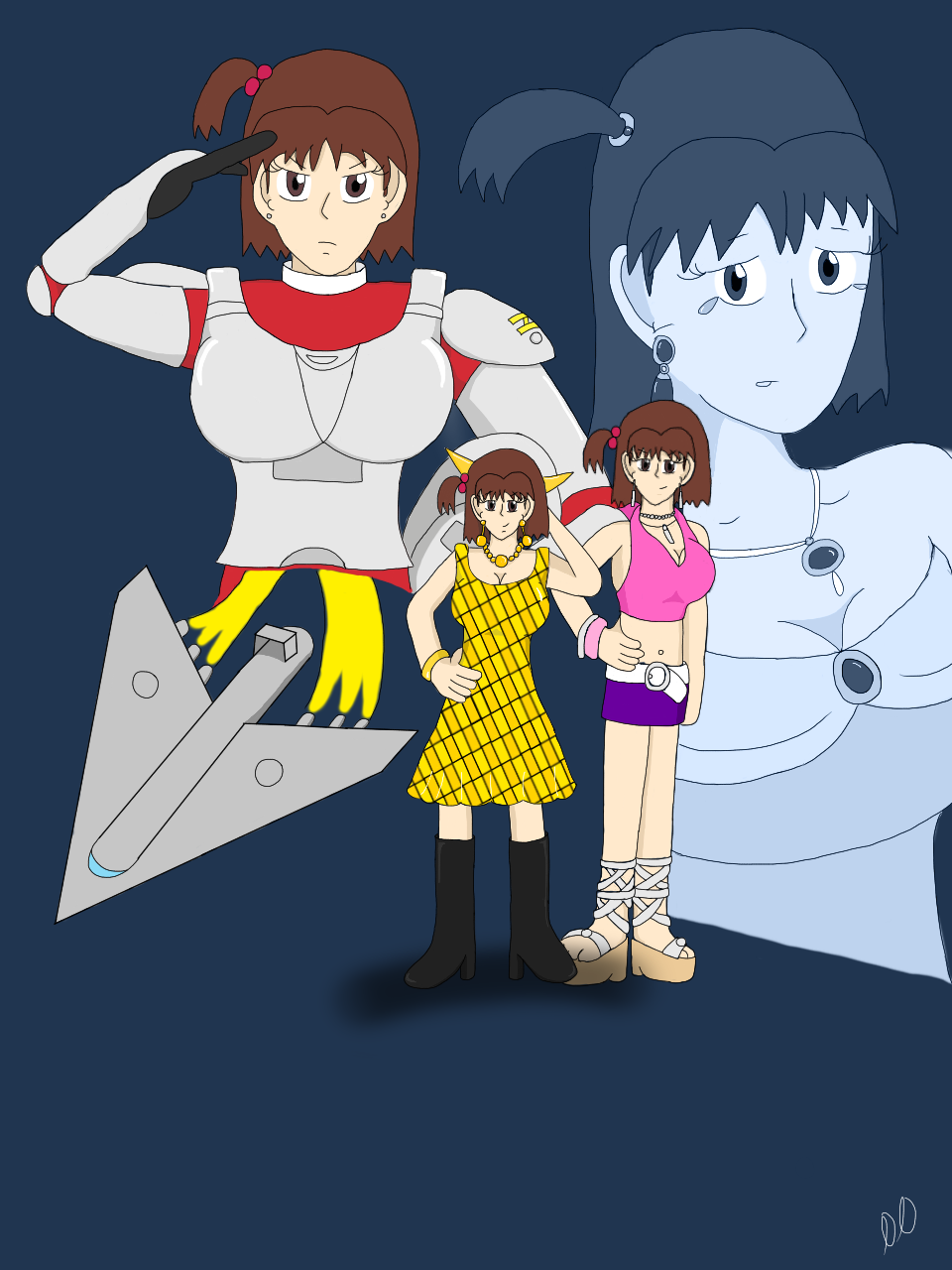 CB: So tell me how you put this together. Is this all you?

DD: Originally I was going to hire a artist to flesh out my comic however the artist disappeared. So I had to do the majority of the work by myself which helped me improve my art style in the end. In general my art style is more akin to the comic art of the 90s though I try to mirror my style from manga and old time cartoons such as the fletcher cartoon of superman. Mostly I would reference comic books, books on how to draw and basic observations of media I have watched.

CB: How far along is the comic? Are you ready to go to print?

DD: The final draft is almost complete and if there is no issues further it would be possible to release it immediately. 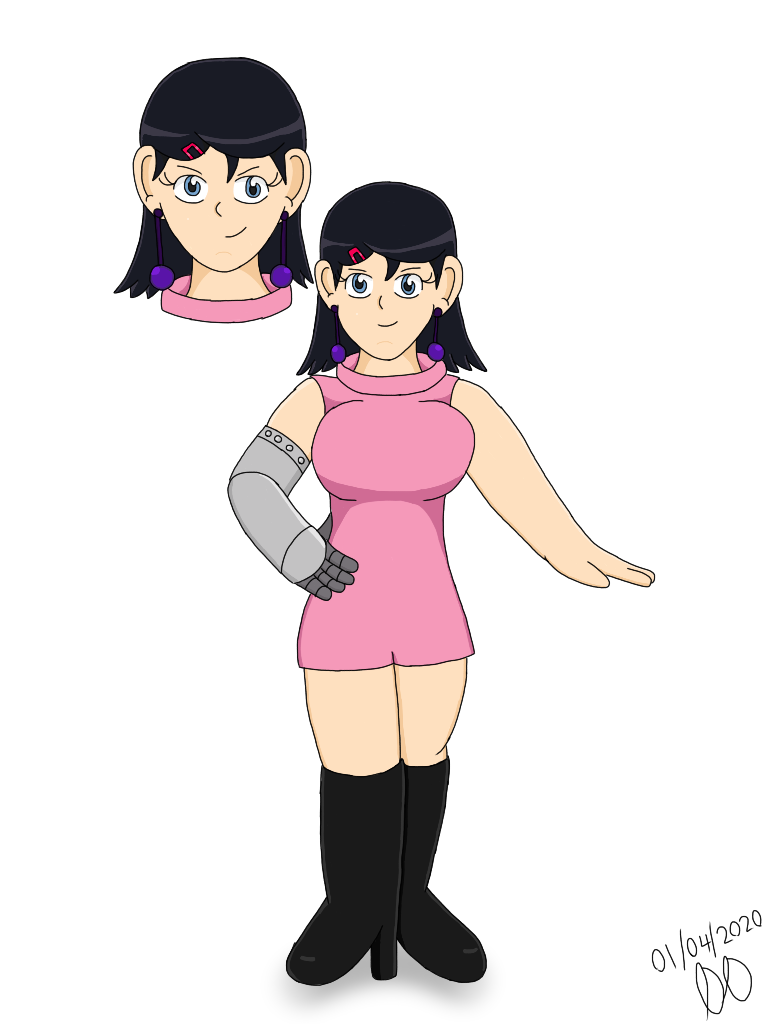 CB: Do you have any crowdfunding experience?

DD: This is my second attempt at doing a crowdfunding campaign while my previous one failed to fulfill it’s goal, however unlike the previous one this has a video presentation which featured shots of the finished pages. My goal is to get the next installment out and complete the series at the same time release a prequel set before the events of the series featuring a new cast of characters with some returning characters.

CB: Thanks for telling us about it Daniel. Is there anything else you would like to share with our readers before we close out this edition of Indie Comics Showcase?

DD: I would really like to see more people have the chance to read and enjoy my work.