Welcome back to another installment of Indie Comics Showcase. Once again, it’s New Comic Book Day, so I want to share with you some brand new comics in the crowdfunding category that I truly hope you’ll consider backing. Like all of the projects I’ve showcased in the past, these are some that I believe are among the most unique and creative.

If you like diverse, strong, female protagonists, then this week I have a special treat for you.

In Feudal Japan, a civil war has erupted. Neighboring clans that were once at peace, have now been pitted against each other by a mysterious deity. Kenichi Nishimura, the most trusted body guard of the Rusu Clan Daimyo, fears that his master has been corrupted by this new god. Feeling that he has to put an end to the troubles besieging his land, he sends his daughter Asami on a mission to find John Moses, a man from a distant land, for he may hold the key to finding a holy weapon capable of putting an end to this demon and ending the war. 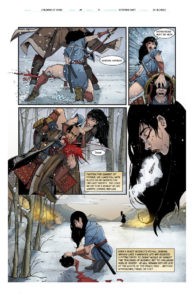 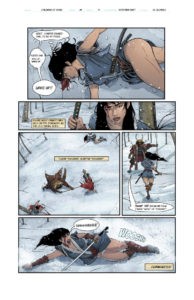 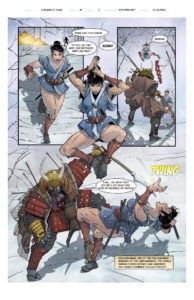 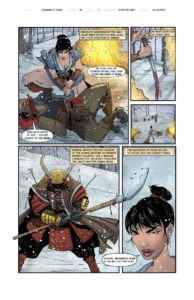 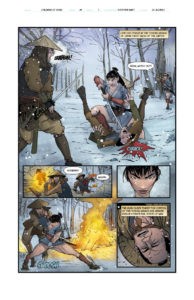 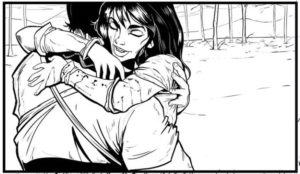 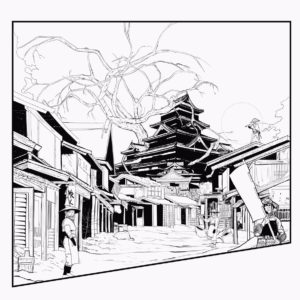 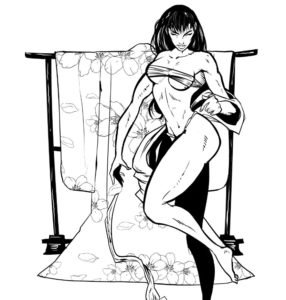 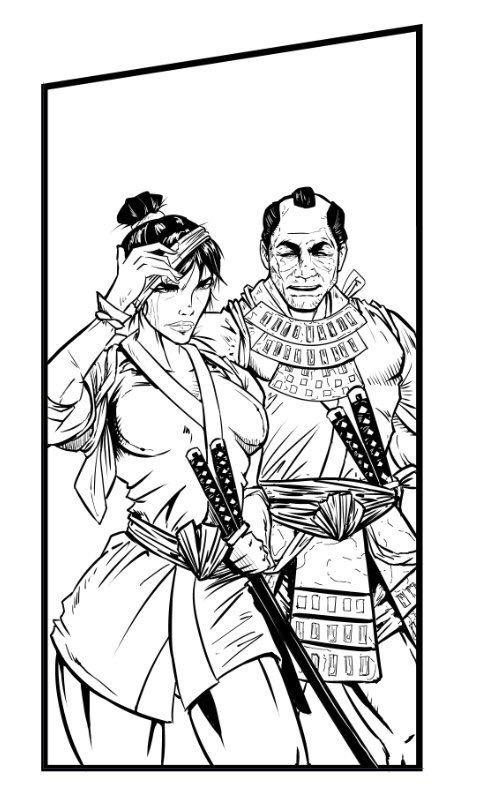 The campaign to make this 40 page comic come to life has just begun the campaign. Here’s the link if you’d like to consider backing it: https://www.indiegogo.com/projects/asami-children-of-rusu/x/18537415#/ 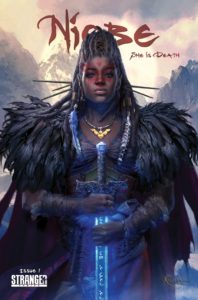 She was born a child of prophesy, meant to unite the warring nations, and bring peace to Asunda. In an effort to keep her from her destiny, dark forces attacked her people, and she was left orphaned. As a young girl running from her past, her literal demons, she learned about love, honor, and betrayal. As a woman she is now a warrior, a liberator to those still enslaved. No longer afraid of who she was, or who she is meant to be, she seeks to reclaim her throne. She alone stands between life and death it’s self. She is Niobe and she has returned.

Niobe is by By Sebastian A. Jones and one of the largest teams I have ever seen assembled on any project. 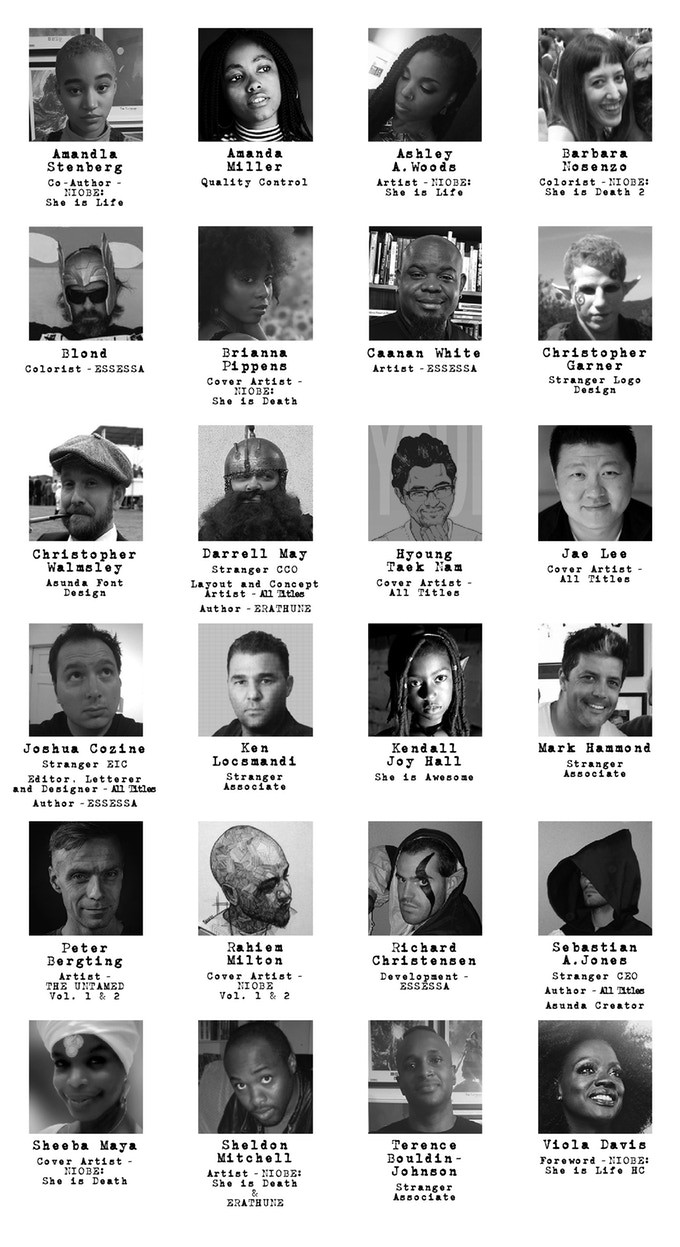 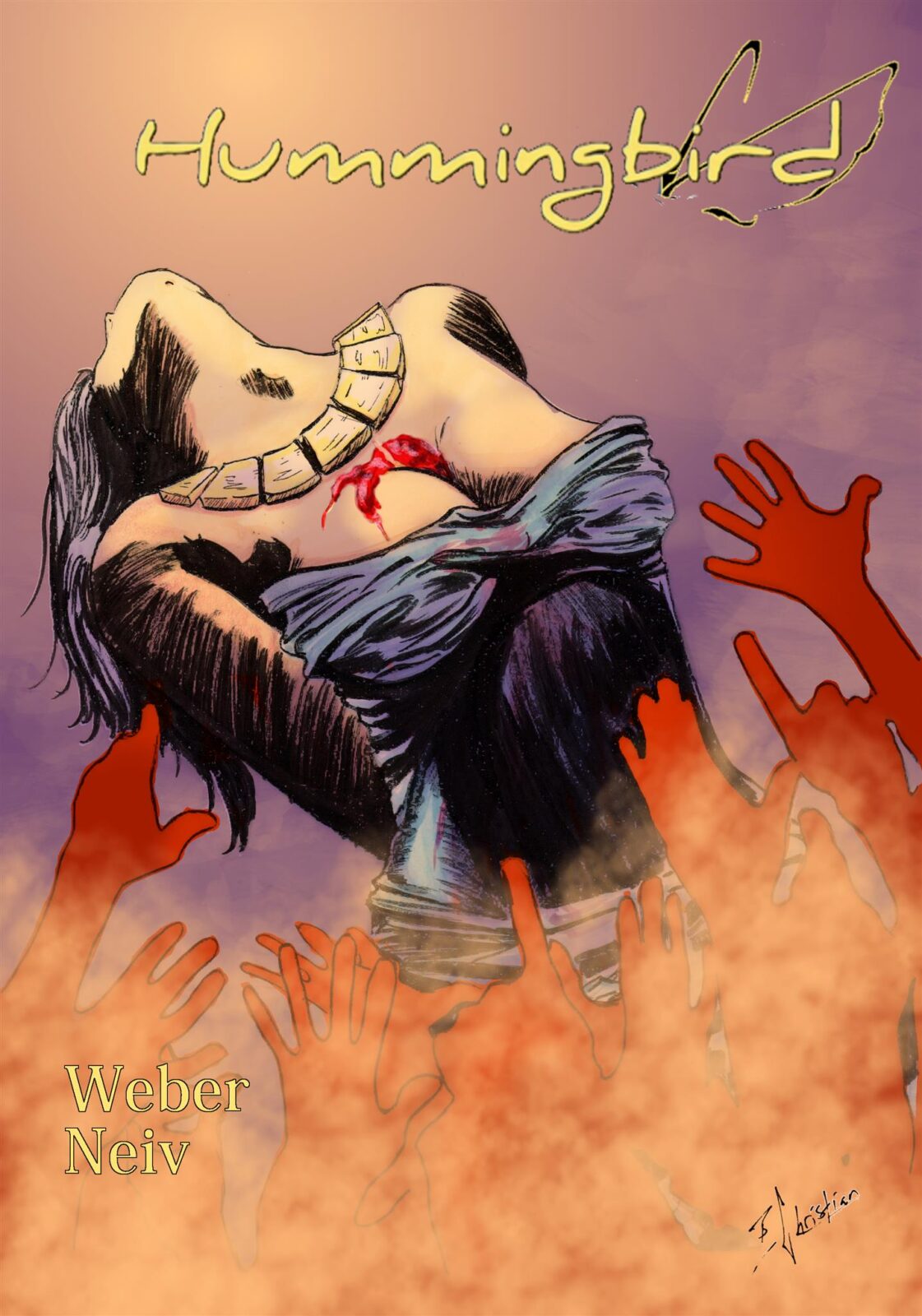 What if our life’s greatest journey did not start at the beginning, or even halfway through our lives? What if it started at the very end? How does one measure their worth? What happens when we make the ultimate sacrifice, but for the most selfish of reasons? What happens to us after death?  These are some of the questions you will encounter in Hummingbird. Laleilolani was not a woman of noble birth. She is not of royal blood, but her spirit is regal. She struggled every day, struggled to prove her worth, to be known by her people. One day her resilience and stubbornness were rewarded, as she was granted the chance to make the ultimate sacrifice for her people. A chance to be that sacrifice. Now the finale challenge of her life begins, as she crosses over to be judged by the very Gods her people worship. 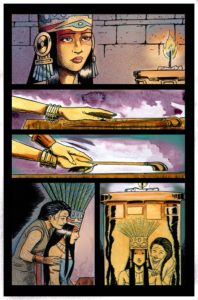 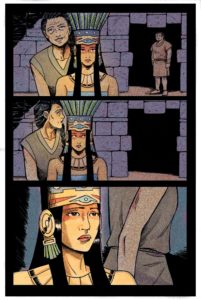 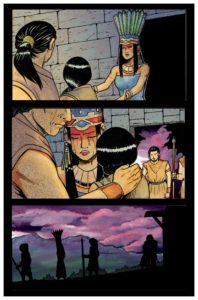 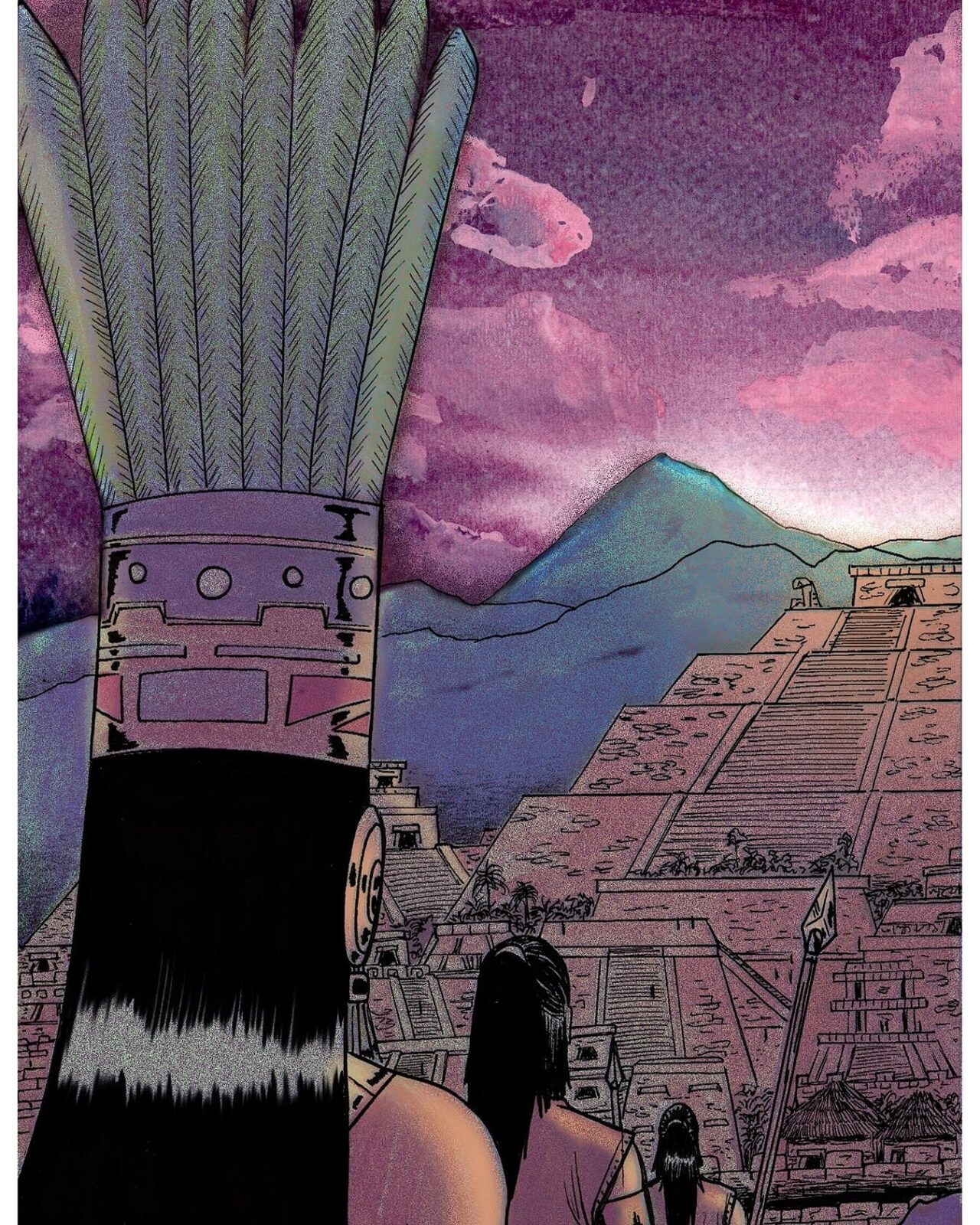 Click any of the pages above to check out this wonderful artwork! Hummingbird is written by Dave Weber, with art by Omaik Neiv, and colors by Bo Christian.

Click here to check out this campaign on Kickstarter: https://www.kickstarter.com/projects/hummingbirdcomic/hummingbird 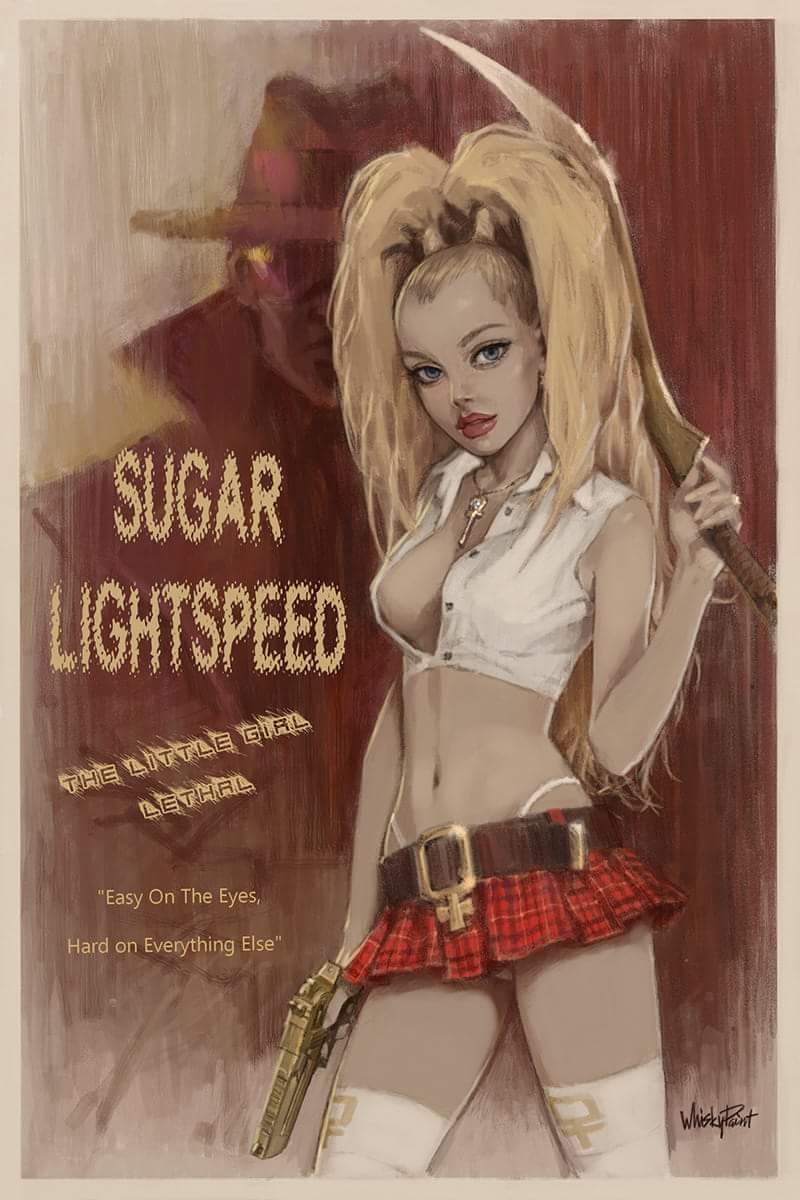 This is a special preview for Sugar Light Speed by @SlickJimmyLove.

Little Girl Lethal Saga has been a work in progress for over two decades. Meant at first to be a only a novel, it soon built into a grander, epic narrative of a world on the brink of an Apocalypse. I wanted illustrations for my novel, and after a time I encountered the stunning work of a Russian artist who went by the moniker of Whiskypaint. I commissioned a few pieces, and over time, we developed a good working relationship. I proposed the idea of possibly doing a companion comic book as a stand-alone story to use as promotional media for the novel, but with the advent of Diversity & Comics on YouTube, and the idea that there might be an audience and customer base yearning for a less-than-politically-correct story, I laid out to Whiskypaint what might be possible, and we became partners in bringing the Lost Peaks Universe & Little Girl Lethal into graphic life. 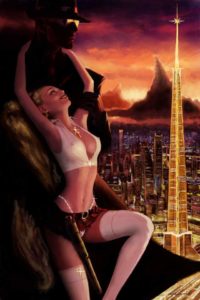 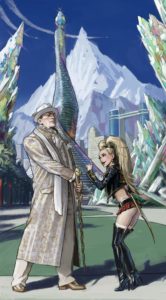 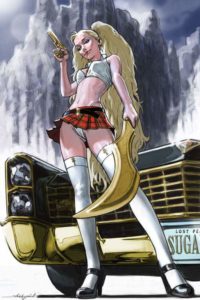 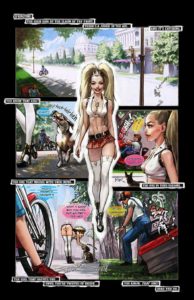 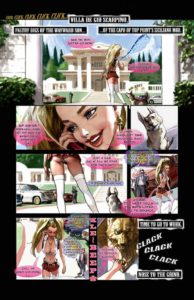 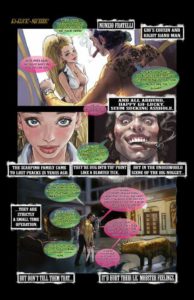 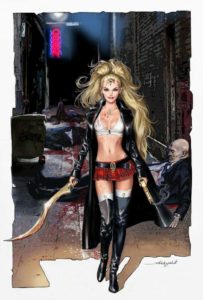 Little Girl Lethal is intended to be told in interlocking vignettes, as stand-alone episodes that form a greater overarching saga. Each episode will reveal another piece of the puzzle that is Sugar’s story. There will be three complete books of 300+ pages to complete the Sugar Saga. Our IndieGoGo campaign this Halloween is set for a base goal of $10,000, which hopefully can set us on the path to finishing more episodes. Our initial goal is to at least have a good portion, if not all of the art done for Episode 1 by Halloween launch of the fundraiser. The more we raise, the more episodes we can complete. 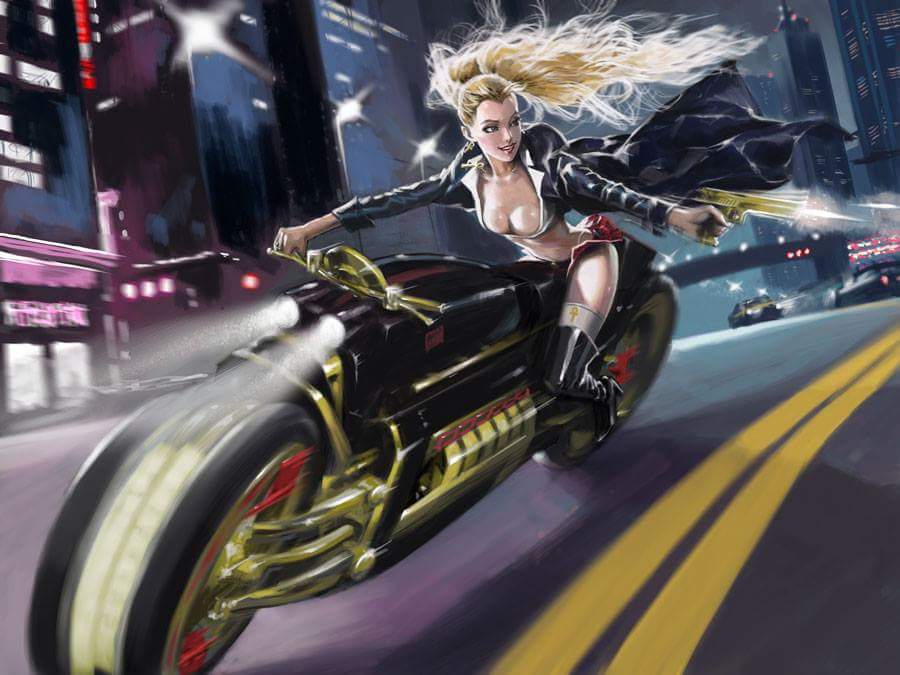 That’s it for me this week! Hopefully you’ve seen some projects that you’re ready to support! Be sure to follow Indie Comics Showcase on Twitter at @Indie_Comics!