Hot off the heels of the popular release Paul Is Dead, the critically acclaimed Paolo Baron and Ernesto Carbonetti return with Jim Lives: the Mystery of the Lead Singer of The Doors and the 27 Club—an all new original graphic novel that plays with the theory that Jim Morrison never died. This is the second standalone graphic novel in the trilogy and will be out from Image Comics in June 2021.

Perfect for fans of conspiracy theory and speculative thrillers, Jim Lives follows the story of a man searching for his son—a correspondent for a popular American newspaper—who vanished into thin air after sending one last, enigmatic message: jim morrison isn’t dead, he’s hiding out here in italy, i saw him with my own eyes. 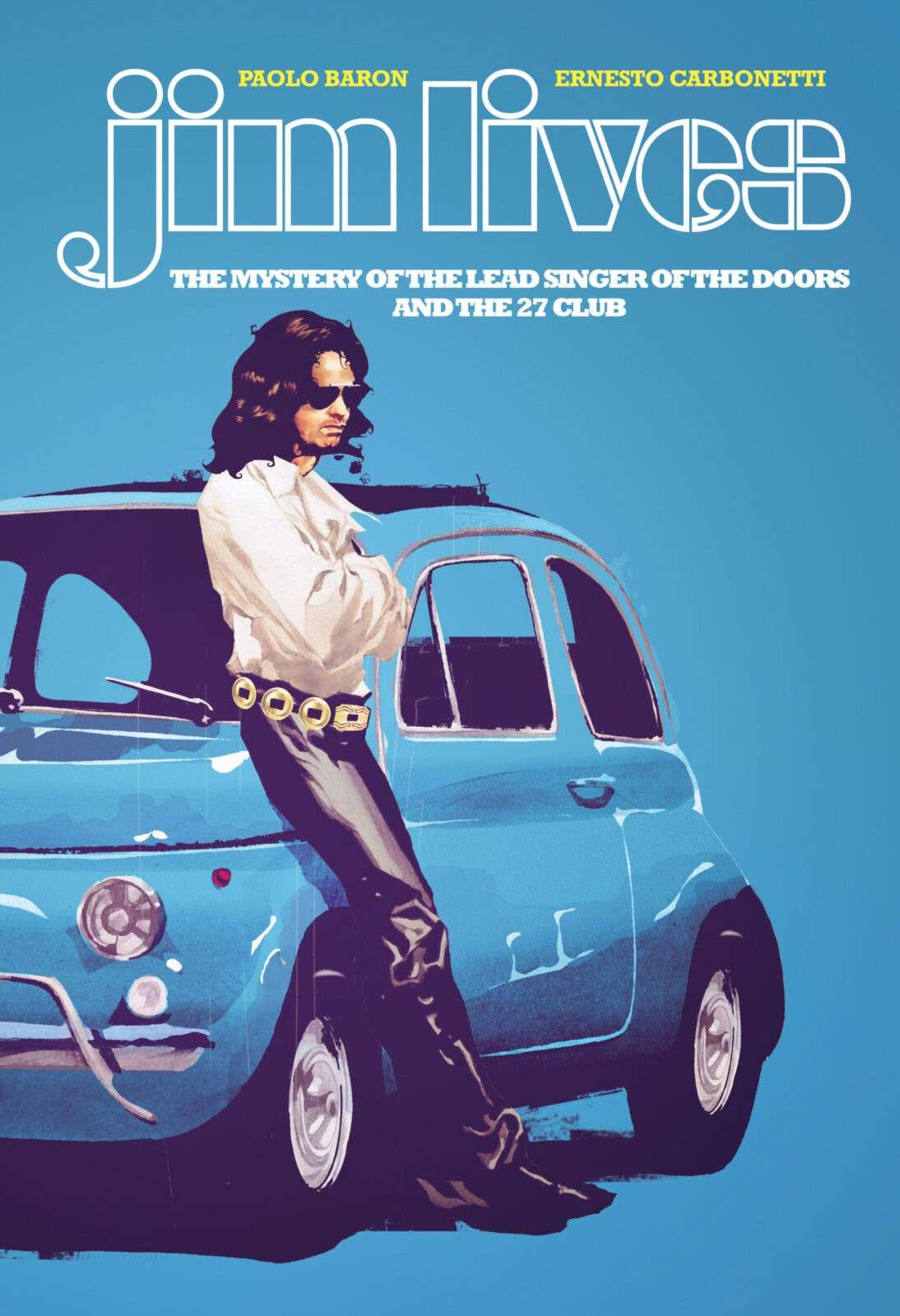 “I wrote Jim Lives by continuously listening to The Doors vinyl records while I was in the small village where I set the story,” said Baron. “At one point I really saw him. I mean Jim.”

Join the creators of Paul Is Dead as they reveal the second chapter in their “conspiracy trilogy”: a new, fascinating vision of the most mysterious legend in the history of rock that envisions what happened “When the Music’s Over.”

Carbonetti added: “I love to draw the small towns of the Italian province made of stone walls and roads that line the sea. While I was working on Jim Lives I felt there.”

Jim Lives original graphic novel will be available on Wednesday, June 16 and in bookstores on Tuesday, June 22. It can be pre-ordered at your local comic book shops now. Jim Lives will also be available for purchase across many digital platforms, including the official Image Comics iOS app, Amazon Kindle, Apple Books, comiXology, and Google Play.