How to Protect Your Comics 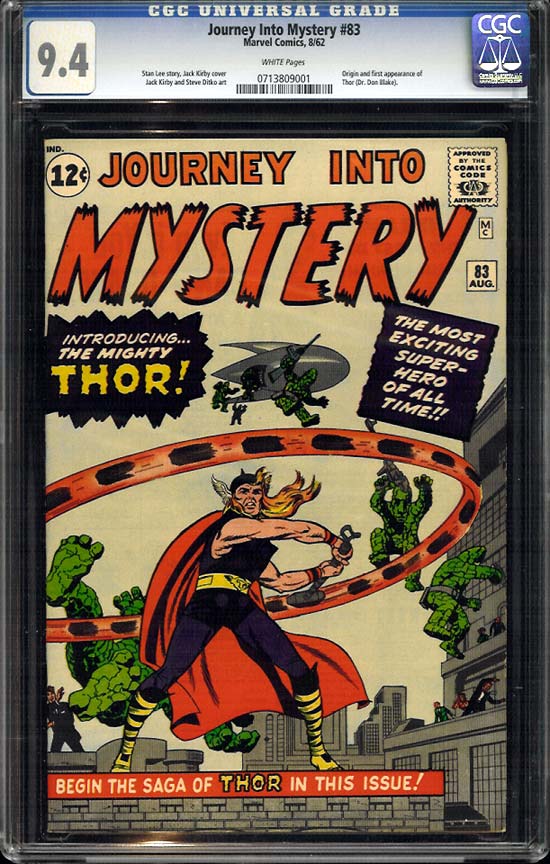 Don’t lose out on a potential million-dollar investment. Even if you never own a ridiculously valuable comic, your collection may still be priceless to you – and possibly other comic book aficionados as well. But the risk in collecting comics isn’t just that your valuables may be thrown away by mistake or stolen; it’s that they could disintegrate if you don’t know how to take care of them.

Whether you’re collecting for fun or for profit, follow these tips for preserving your treasures:

Serious collectors buy protective bags in the correct comic book size. Bags come in four different comic book size that match the four key periods in comic-book history: Golden (from around 1930 to 1960), Silver (1960 to 1970), Regular (1965 to 1980s) and Current (1990 through today). It’s still a good idea to measure the comics before buying bags since there is some overlap in publishing sizes during the four periods. You want a fairly snug fit so the comic can’t slide around inside, causing damage to the corners and edges.

What you want are archive-quality storage bags made of Mylar, polyethylene or polypropylene. These materials are acid-free to protect paper. Look for bags with a flap on one side that can be secured with a piece of tape so nothing touches the comic inside. 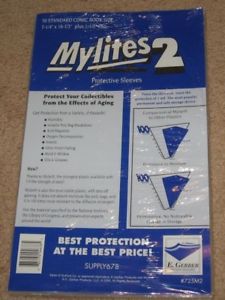 Save Mylar Bags for Your Most Valuable Comics

Mylar is the most expensive bag but lasts longer. Use Mylar for comics older than 1960 since the books from this era were printed on thinner paper and may be more prone to damage. Mylar is a little bit sturdier than poly bags, and have a lot more rigidity to them. They also keep out moisture a little better.  Because Mylar storage bags are more expensive, comic connoisseurs recommend less costly polypropylene bags for newer acquisitions in your collection. 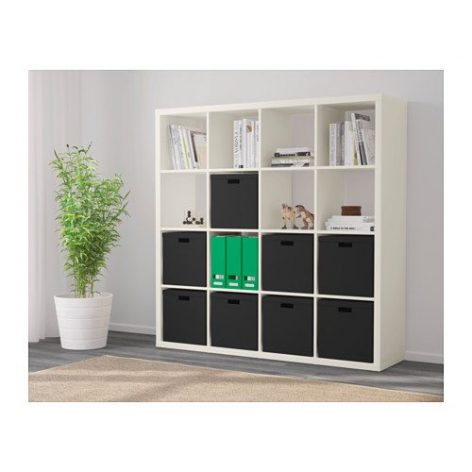 Avoid storing comics where they could be exposed to temperature extremes or dampness. This means keeping them out of the attic or garage. And always store them at room temperature. Books baking in the attic become brittle and may turn yellow.

Just as you wouldn’t leave your grandmother’s diamond necklace lying around the laundry room, keep your comics books stored in carefully labelled boxes. And take the normal precautions: Lock your back door and turn on your security system (if you have one) when you’re out. If your comics are especially valuable, you might want to get a rider against theft and other loss in your home insurance policy.

Wash your hands and dry them before touching valuable comics. Moisture, dirt and skin oils can damage comic-book paper over time. If you’re handling older, very valuable books, you want to wear white cloth gloves when handling them because the paper can break down from oils on your fingertips. 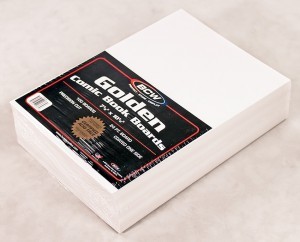 Back ‘Em Up With Boards:

Use acid-free card stock that helps protect bagged comics by making it harder for them to be bent or folded. The smooth side of the board goes against the comic, Wood says, “so it slides in and out as easy as possible.” Both book and board are placed in a bag and sealed.

As any comic shop owner already knows, if you leave something red near the storefront window for a week, it’s going to turn pink. Once boarded and bagged, your comics should be kept in a closed box so light doesn’t fade the covers. Any cardboard box will do, so long as boarded comics are inserted and stored vertically. This keeps valuable books from getting mashed, which can cause pages to stick together. It’s also easier to flip through comics stored vertically to find the book you’re looking for. Definitely store them upright because you’ve got the boards to keep them from folding over,” Wood says. “If you’re not going to bag and board the books, lay them flat so they don’t fold over. 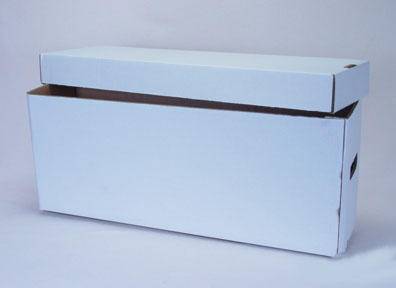 Ready to Sell Some Comics?

CGC is a service that will grade your comics [on their condition] and store them in plastic slabs that keep them in their current condition. If it’s something that’s going to be sold and it’s valuable – typically books worth $300 and above – grading the comic is the way to go. That gives you an independent evaluation so there’s no argument over the condition of the comic. 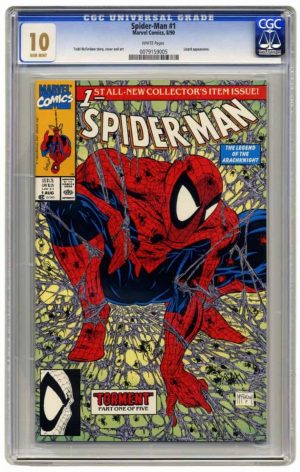 Got any other tips that should be considered? Leave them in the comments below!