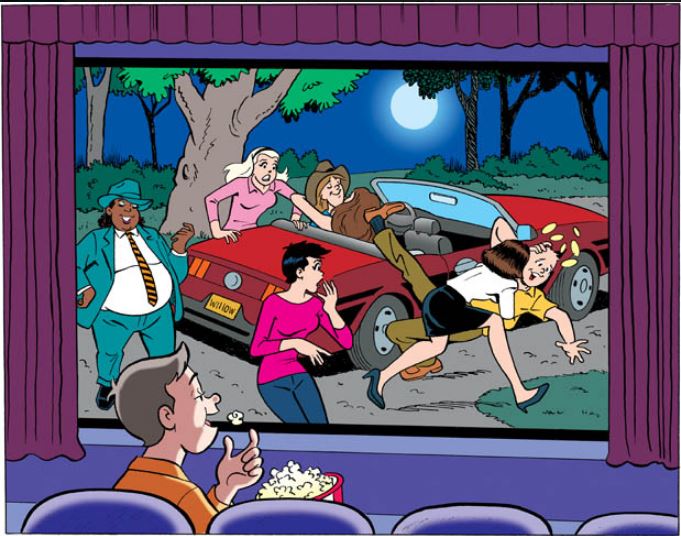 Darin Henry has written for sitcoms such as “The Muppets,” “Seinfeld,” “Futurama” and even “The Ellen Show,” and now he’s created situation-comedy stories in comic books for his new company, Sitcomics. Sitcomics is a comic book publishing company that is taking the usual comic book genres – super-heroes, vampires, zombies, etc – and giving them each a unique, sitcom twist. 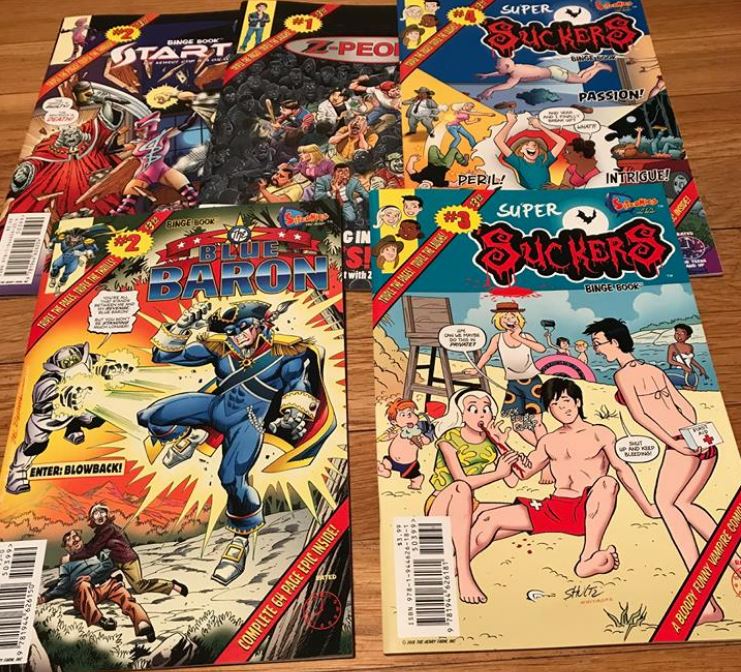 Industry legends Ron Frenz (Spider-Man, Thor, Superman) and Sal Buscema (Captain America, The Avengers, The Hulk) serve up the sensational art on a super-hero series called ‘The Unbeatable Blue Baron’! Jeff Shultz (Betty and Veronica) brings to life ‘Jess and Kelly’, the college sophomores who also happen to be vampires. And fans of zombies will love ‘Z-People’ featuring awesome art by MAD Magazine superstar Mr. Tom Richmond. Blair Shedd rounds out their talented team, handling the art chores on ‘Telepathetic’ – a fun title about mutants in junior high! Sitcomics describes themselves as an “Indie publisher with a defiantly mainstream mentality”. 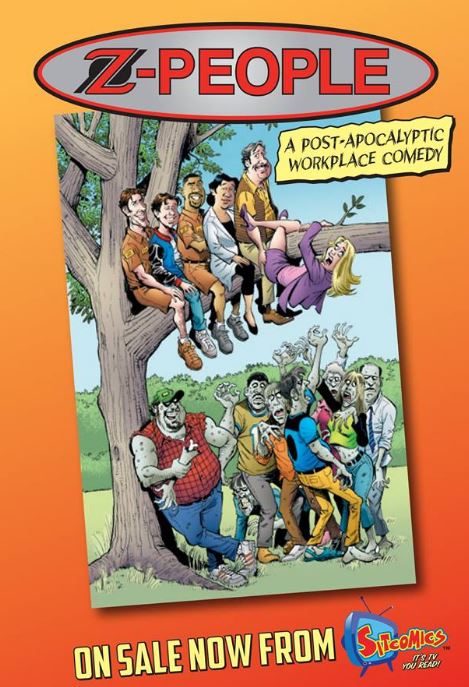 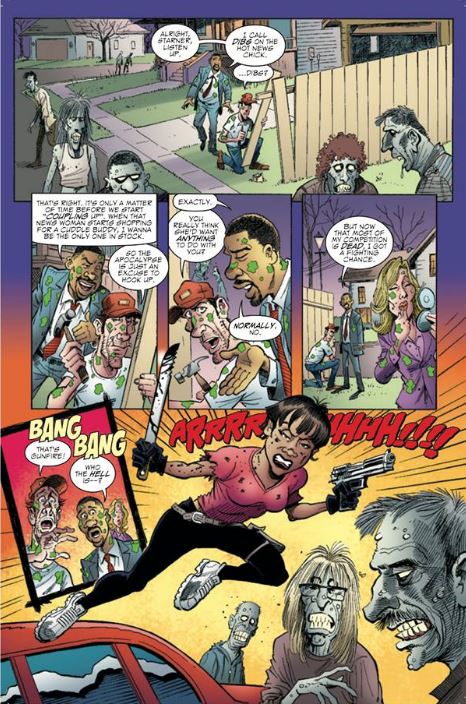 Sitcomics are available in all 50 states and you can find their 2018 Binge Book Catalog in comic shops from coast to coast. Here’s their recent press release:

Introducing “Sell-Through Distribution,” a new national comic book distribution system from Santa Monica-based publishing startup SitcomicsTM that will ring in the new year by putting the buying power back in the hands of readers. “The last few years have seen a seismic shift towards binge entertainment,” says SitcomicsTM publisher and TV sitcom writer Darin Henry. “Audiences now expect their entertainment to be complete, immediate, affordable and very, very good. Sell-Through Distribution is a 21st century approach that gives comic book readers across the United States the accessibility and format that’s perfectly suited for this new Binge Age.”

Sell-Through Distribution will usher in The Binge Age of Comics on Wednesday January 3rd when over 100 comic shops in all 50 states, including Comix Experience in San Francisco, Mile High Comics in Denver, Fat Jack’s Comicrypt in Philadelphia and all eleven locations of Graham Crackers Comics, begin handing out free copies of The 2018 Binge BookTM Catalog to their pull list subscribers. The glossy, 8-page catalog contains complete solicitations for Sitcomics’ 2018 wave of Binge BooksTM, the all-new, exclusive comic book format that gives readers a complete, 64-page, full-color, story arc for only $3.99. Customers have until January 25th to place orders at participating shops, but instead of the usual three-month gap between solicitations and release date, Sell-Through Distribution allows readers to pick up their brand-new Sitcomics less than a week later, on Wednesday January 31st, 2018!

The creation of Sell-Through Distribution was inspired by Sitcomics’ unique 64-page Binge Book™ format which guarantees readers three times the usual amount of story and art for only $3.99. “Comics aren’t necessities. They’re entertainment and people now have infinite choices for how to spend their limited time and money,” explains Henry, whose TV credits include writing for Seinfeld and Futurama as well as executive producing the hit Disney sitcom KC Undercover. “Comic book publishers’ outdated approach of charging four dollars for an unsatisfying chunk of a story is no longer viable when that same amount of money can buy two weeks of online streaming. My new Binge Book™ format gives every reader, new and old, a satisfying, self-contained entertainment experience.”

Sitcomics is inviting every comic book store in the US to take part in its Sell-Through Distribution System but retailers won’t be asked to stock any Binge Books™ unless and until their customers use the catalog to order them. Readers who want more for their four-dollar entertainment investment should ask their local comic book shop to order the totally free 2018 Binge Book Catalog by emailing the publisher at This email address is being protected from spambots. You need JavaScript enabled to view it. . Shops that do decide to stock Sitcomics for their shelves will be eligible for the company’s new returnability policy.

Sitcomics will announce its complete solicitations, including plot summaries and creative teams on January 2nd, 2018. Additional announcements will follow, including locations of appearances by Sitcomics creators in comic shops across the USA on January 31st, 2018. For more information, check out their catalogue here.

Sitcomics’ “Sell-Through Distribution” is a direct-to-retailer program that relies on their free pre-sale catalogue and a quick turnaround from customer order to delivery. Comics retailers in all 50 states and Canada are participating in the launch and customers have until January 25th to place orders for these humor comics at participating shops (see list below). Through this distribution model, the Santa Monica-based publisher hopes to disrupt the traditional comics distribution system dominated by Diamond.

Below is a list of all retailers participating in Sitcomics’ Sell-Through Distribution System as of 12/28/17:

MASSACHUSETTS
THE HALL OF COMICS

This week only, download 5 free comics from Sitcomics by visiting sitcomics.net. Ask your comic shop this week to order your Sitcomics!

Will DC Comic Fans Ever See Volume 2 of that 90’s Superboy Collection?