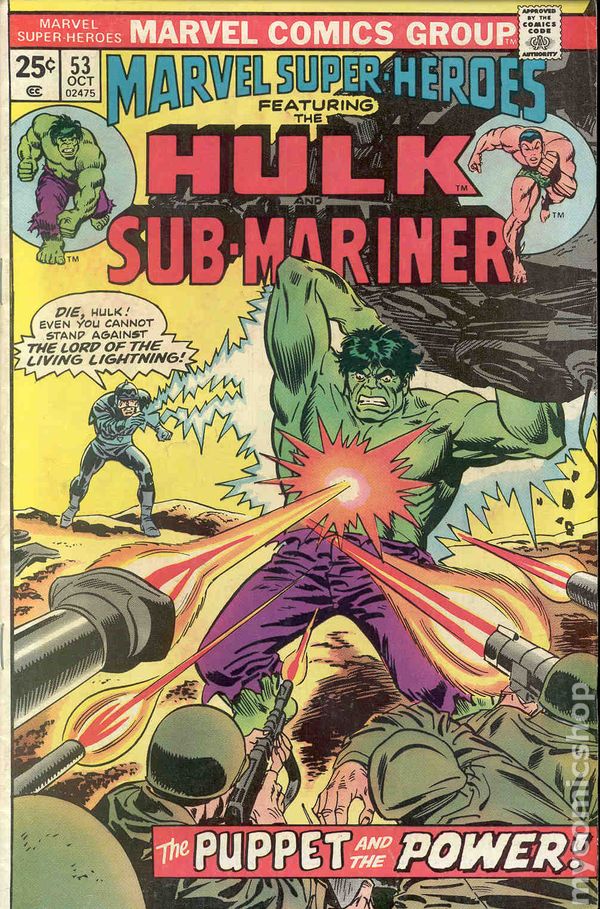 “The Puppet and the Power!”

Pencils: Marie (The She) Severin

An aside before we begin…

“Lady” Marie Severin sadly passed away on August 30th, 2018.  From all of us at Bleeding Fool, she is very sadly missed and we offer our utmost condolences to her family at this very difficult time. 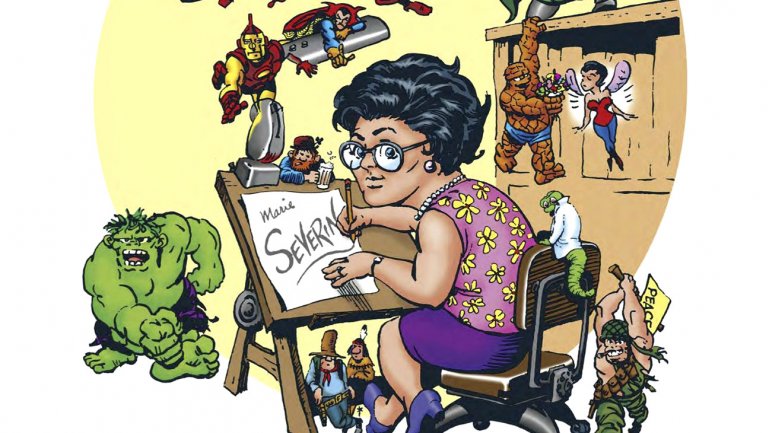 Marie Severin shown below being playful with her fans and admirers

– just the way she should be remembered  – 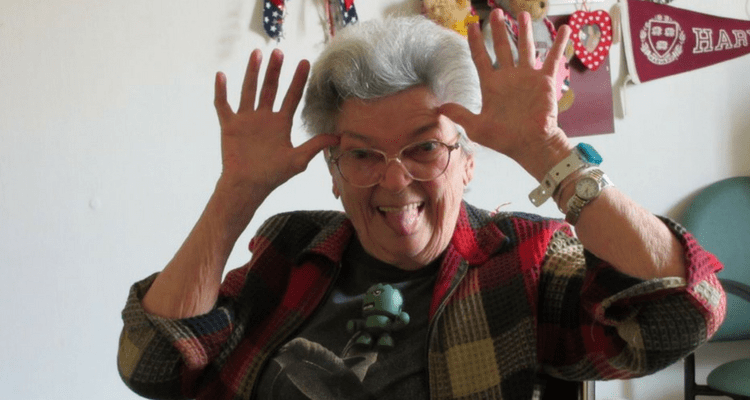 I thought in the spirit of remembrance and respect for her beautiful talents, we could feature one of her many outstanding works for those that might not have had the pleasure and good fortune to hold the product of her skills their own hands. I hope you all enjoy. 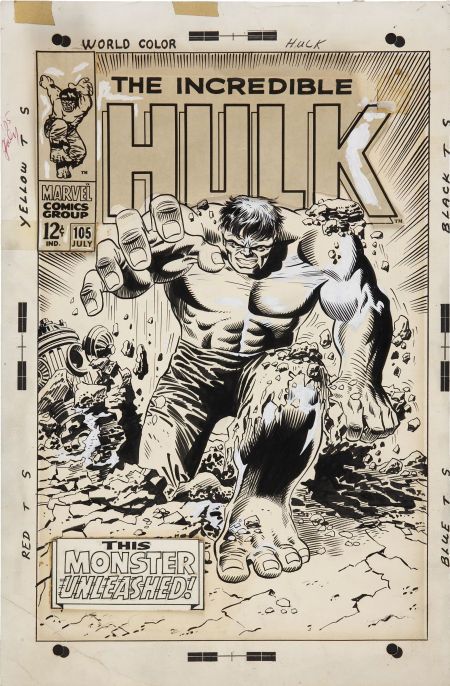 (I will cover the second section featuring the Sub-Mariner as a separate piece from Marie Severins’ work in another article.)

In this Historical Hits edition, we take a leap back into the misty pages of history as we peep a nostalgic but fresh look at “The Puppet and the Power!”  starring the Hulk.  My  copy is Marvel Super Heroes #53 from October 1975 , which is actually a reprint that was originally released in 1967 as Tales to Astonish, issue #98.

In this issue, our hero is confronted with the manipulations of

” The Lord of Living Lightning “ 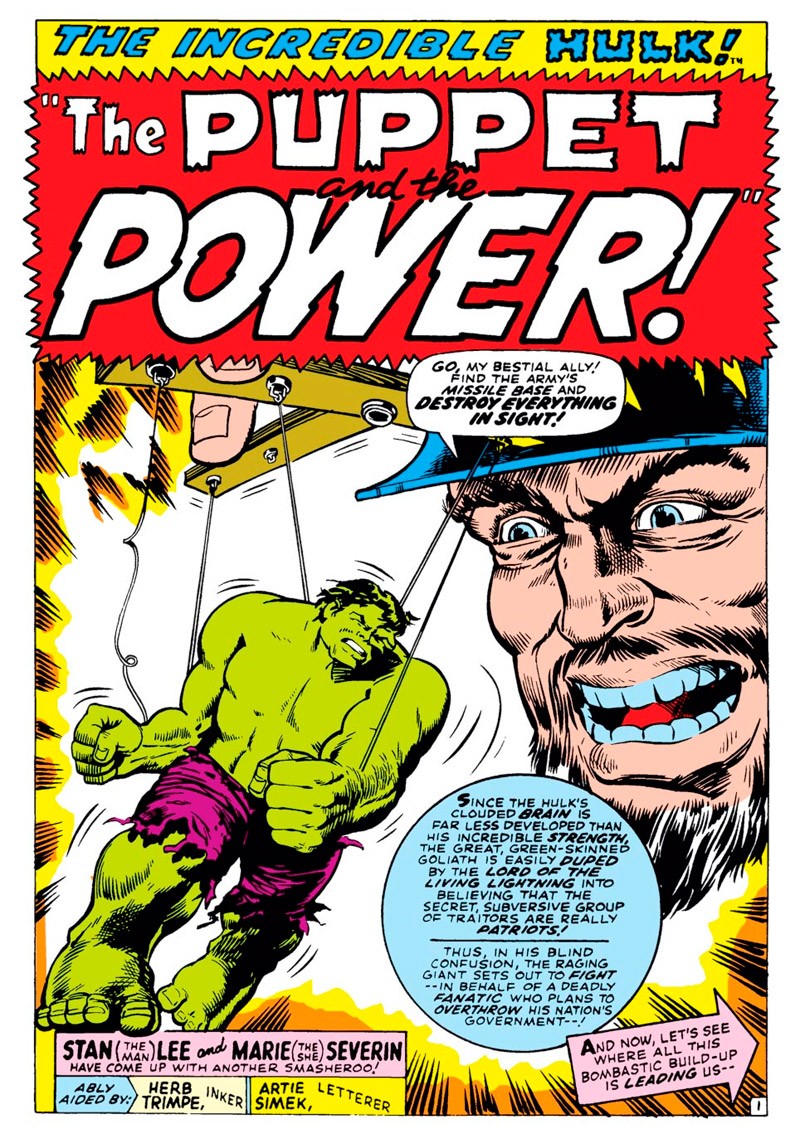 Having  brainwashed the Hulk, the megalomanical villain has plans to co-opt “the Raging Giant” and use him to accomplish a sort of coup d’etat. Confused and tricked, the Hulk proceeds to destroy a missile installation. Unbeknownst to the Hulk, Bruce Banners‘ love interest Betty Ross is visiting the base commander – who of course is her father;  General Ross. 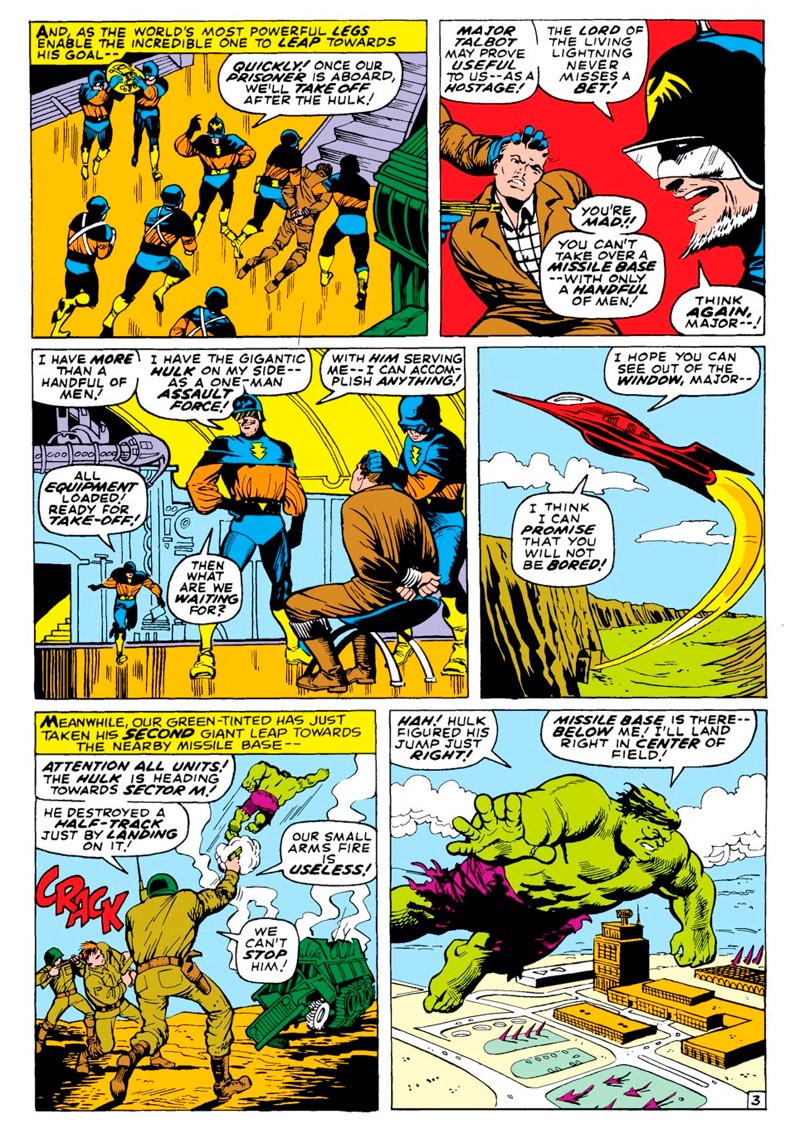 Having shrugged off  small arms fire and terrified the soldiers on duty,  our green tinged behemoth hoists and tosses some missile launchers causing an incredible fireball. 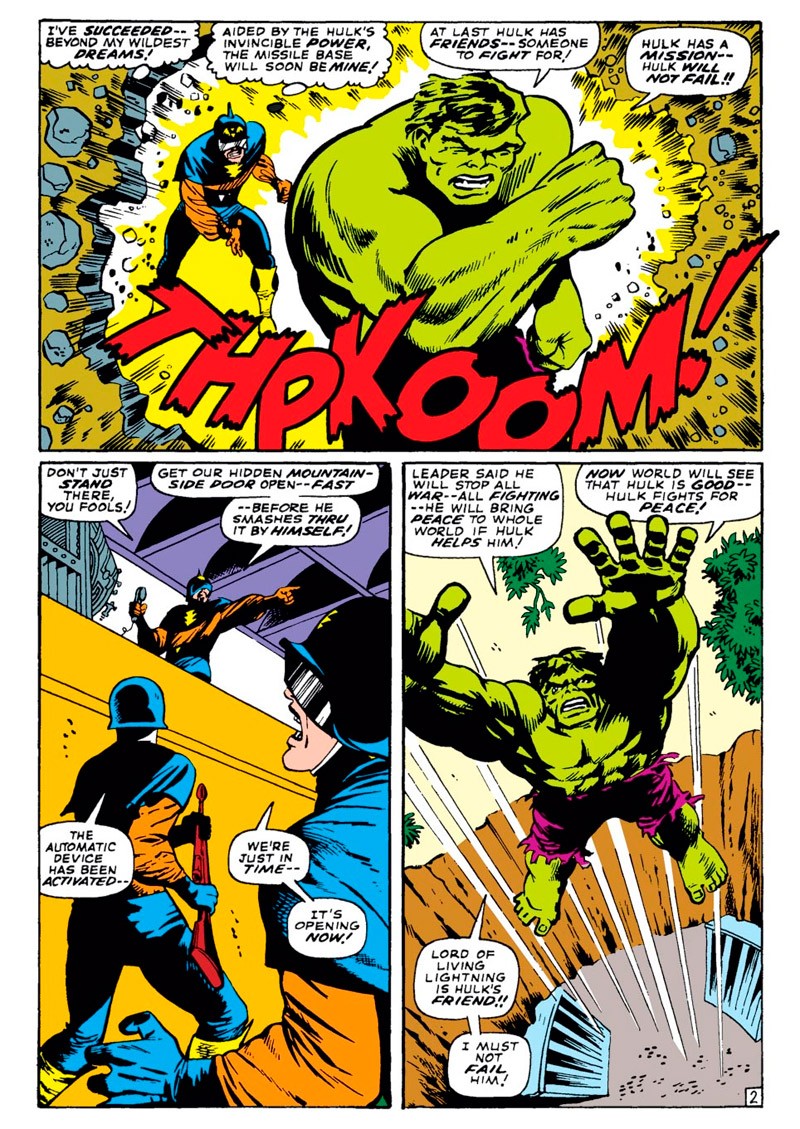 Surveying the scene from his aircraft, the Lord of Living Lightning has taken a certain Major Talbot hostage and is antagonizing him with the destruction provided by the brainwashed Hulk and a witty monologue.

After sufficient damage has been done to the base defenses, the villains aircraft lands and unloads a host of his minions to further the chaos and disorder. They proceed to overwhelm the base and it’s defenders. 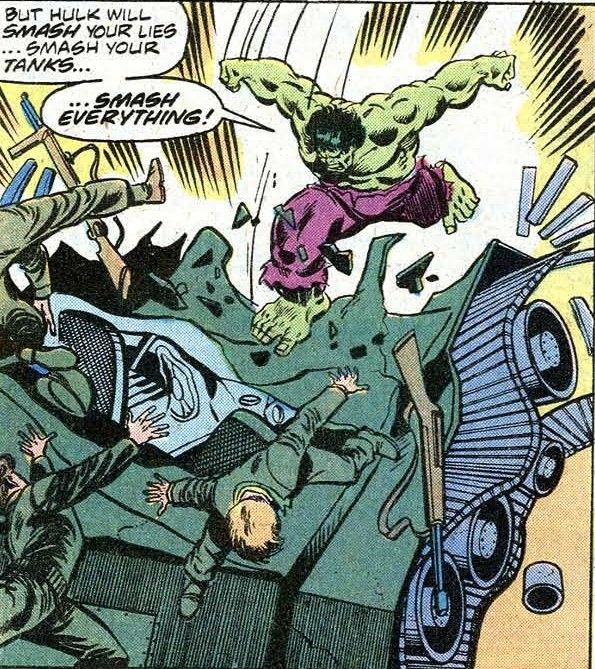 Ms. Betty Ross having heard the commotion urges the soldiers protecting her to allow her to go to the Hulk in the belief that she can help to calm him down and thereby save them and her love – Bruce Banner.  The guards do their best to prevent her from running out but before she can even make a dash for it, the enemy force bursts in. We are left hanging on this plot thread for the moment.

Outside in the midst of the action and explosions, defenders manning artillery manage to stun the Hulk back to the ground where other soldiers get close enough to  gas him into submission. We then find our green giant incapacitated and unconscious.

Having accomplished his dastardly deed with the aid of the Hulk and his evil henchmen, the Lord of Living Lighting makes himself known to General Ross.

The villainous demagogue then declares that he has in fact imprisoned the Hulk along with the Generals’ daughter – Betty Ross. He demands that General Ross surrender the base on a live radio address to the nation.

We are left at a wrenching cliffhanger wondering what comes next for our hero and his true love at this pivotal and exciting moment. To be continued next issue…

Marie Severin was a treasure and this comic was just one more example of that. 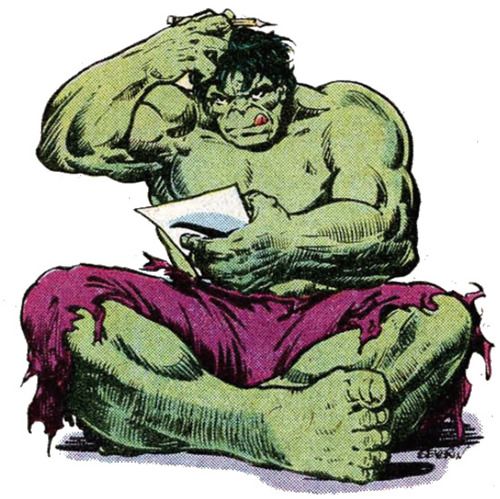 “The Legions of the Living Lightning!” 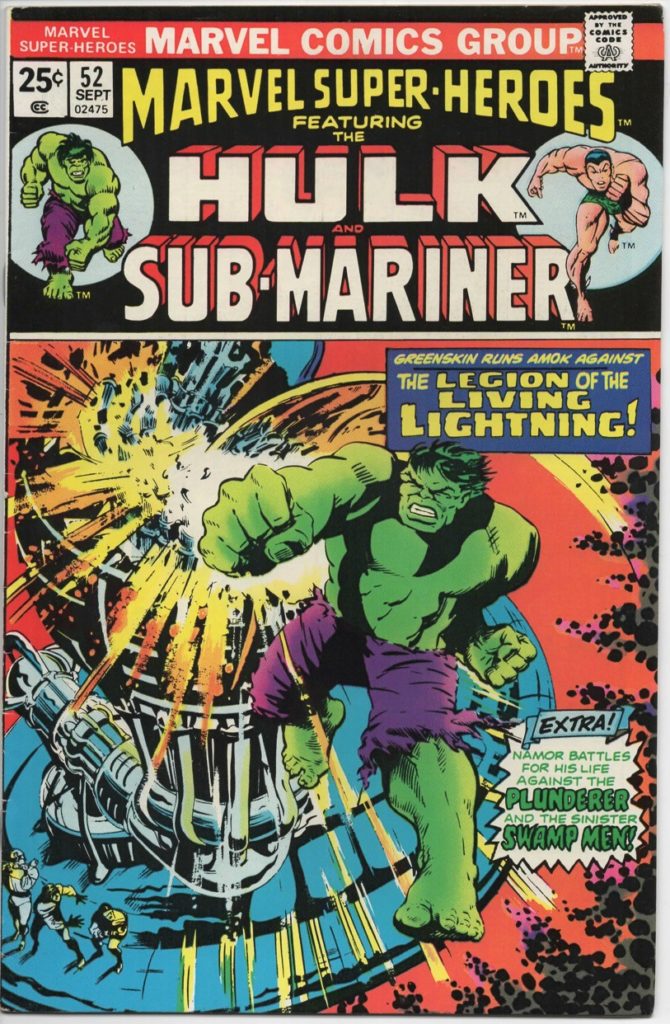 “…When the Monster Wakes!” 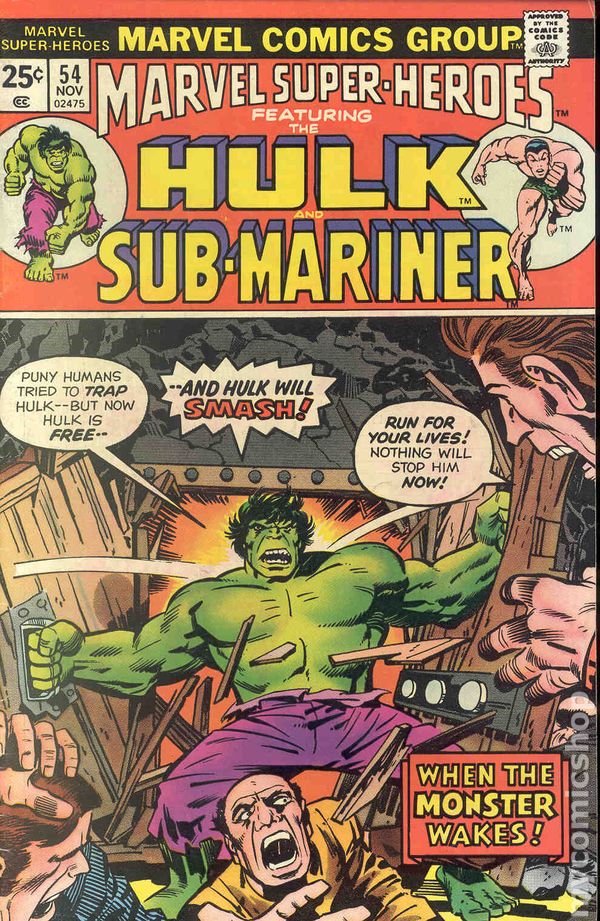