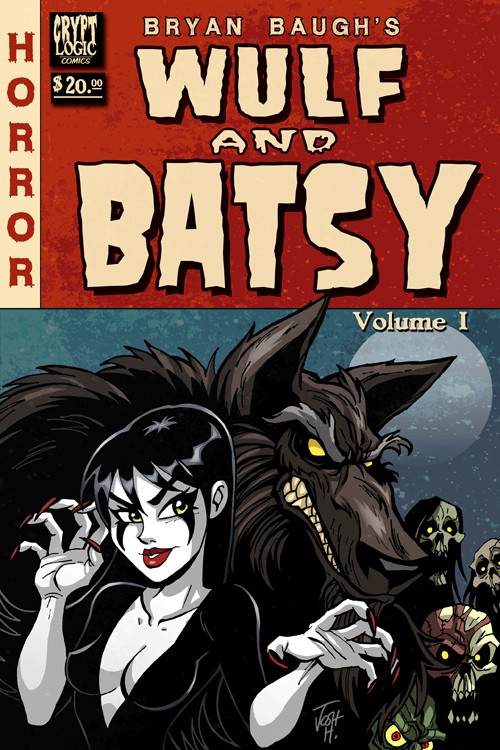 Wulf and Batsy is the eponymous tales of a pair of monster misfits and their adventures. Wulf is the name of the big, bad Werewolf whose partner is a sexy and feisty little Vampiress named Batsy. The stories therein tell the tales of them wandering the earth in search of a place to call home, but everywhere they go, they eat people, and get run out of town.

Bottom line, it’s not easy being a monster. 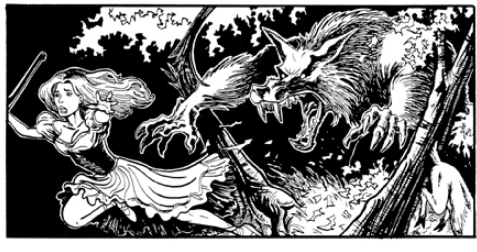 If you’re familiar with the underground and indie comics scene, then you’ve likely heard of these comics. It was brand new to me, however, and I consider myself a bit of an aficionado of these kinds of projects. We spoke to creator Bryan Baugh online recently and he was kind enough to provide us with several review copies of his trade paperback collections for Wulf & Batsy. I must say, I was blown away. Not only with the Josh Howard cover, and the interior art by Baugh, which expertly balances humor, romance, and horror, but it was even interspersed with cleverly altered comic book ads for everything from ‘Life Sized Moon Monsters’ to a ‘Do it Yourself Werewolf Kit’ from Captain Bloodclot’s Famous Novelties.

And there’s even more back-matter than we’ve come to expect in a typical trade. 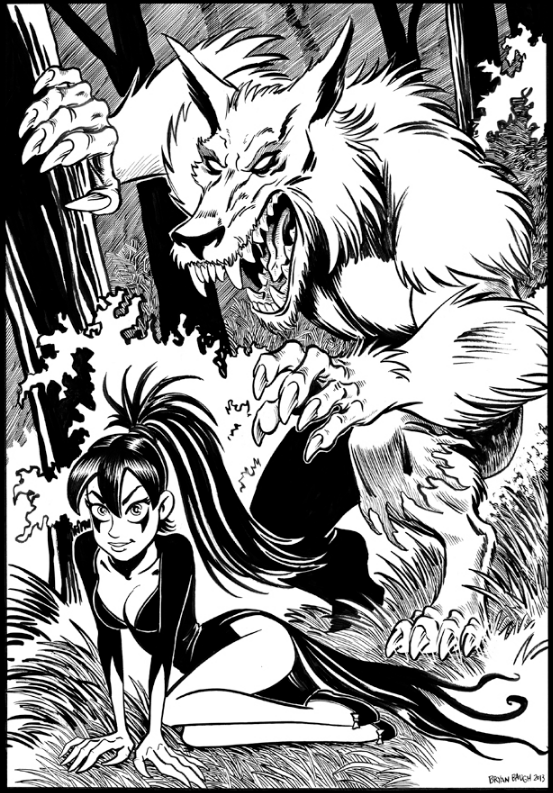 The artwork is great throughout. Very fluid, with almost a classic Archie meets Faust comics vibe. The protagonists are perfectly rendered to be either horrific or sexy, depending on what the scene calls for. And the stories are fun and frightening. The stories look great in black and white, but I have to admit, while I occasionally wished the book was in full color, some of the scenes of violence were so intense that I believe the squeamish would have to look away if these stories in full color. 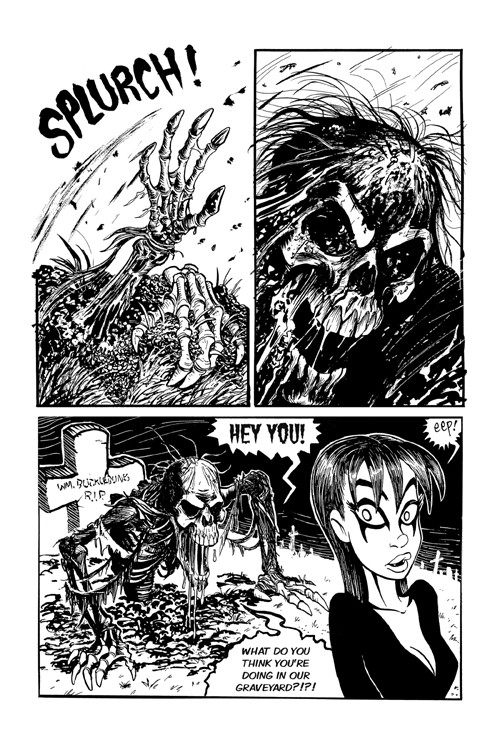 You can see Bryan’s talent clearly on every panel. He’s an experienced storyboard artist, having worked for Walt Disney Animation Studios, Hasbro, Cartoon Network, and is currently working at Activision Blizzard. But it is clear, Wulf & Batsy is his passion project. Readers familiar with the recent Image series ‘Hack & Slash’ will probably recognize Baugh’s artwork. 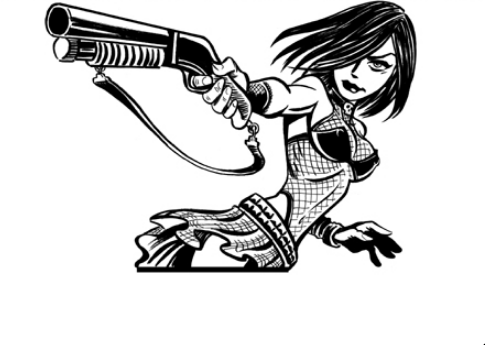 The stories of Wulf & Batsy are fun, quickly paced, and filled with all the requisite horror tropes these kinds of stories demand, with a dark comedic twist. If I had one gripe it would be that I felt like Bryan could use a letterer, otherwise I enjoyed these stories immensely and I felt each graphic novel / collection was a page turner. 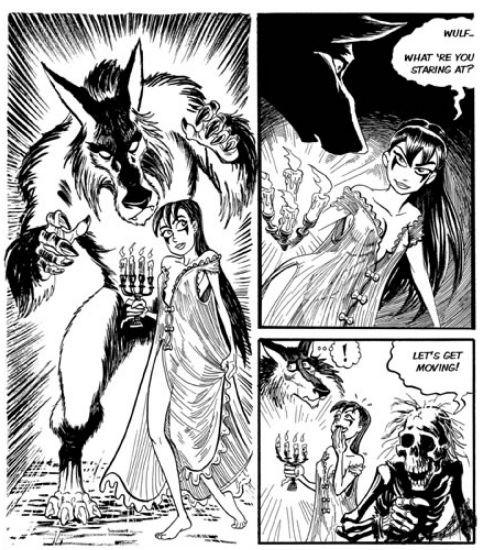 If you like classic horror comics with mature ratings, then you’re going to love Wulf & Batsy. These comics contain exploitative content and politically incorrect themes, and they’re brimming with old-fashioned horror tropes, graphic violence, religious themes, and mischievous sexual innuendo. Something to offend everyone, but all of it handled deftly in a surprisingly respectful and effective way.

You can grab any of the print trades and some single issue one-shots at Bryan’s online shop here. 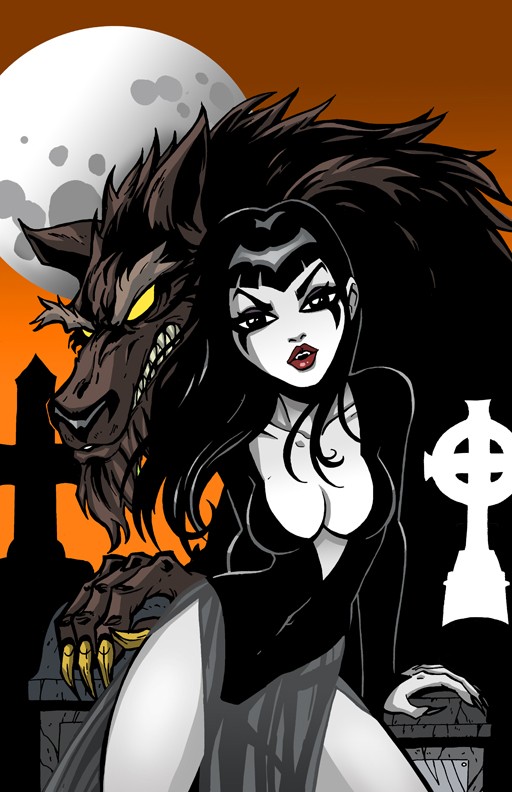 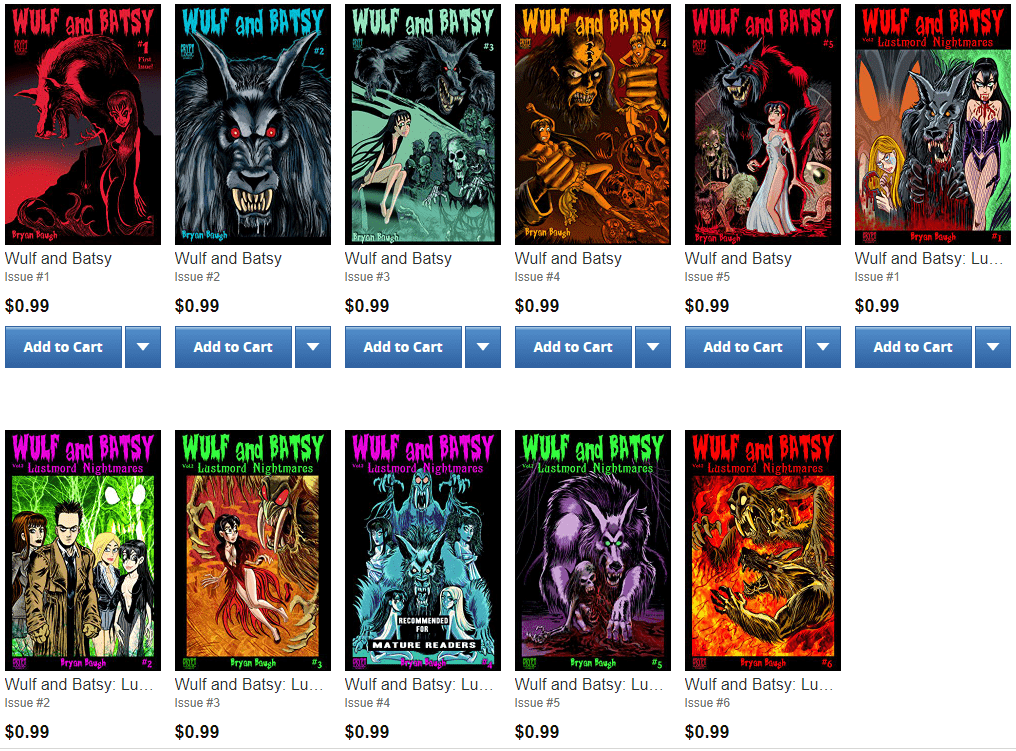 Learn more about Bryan and his work on his website at www.cryptlogic.net/wulfandbatsy 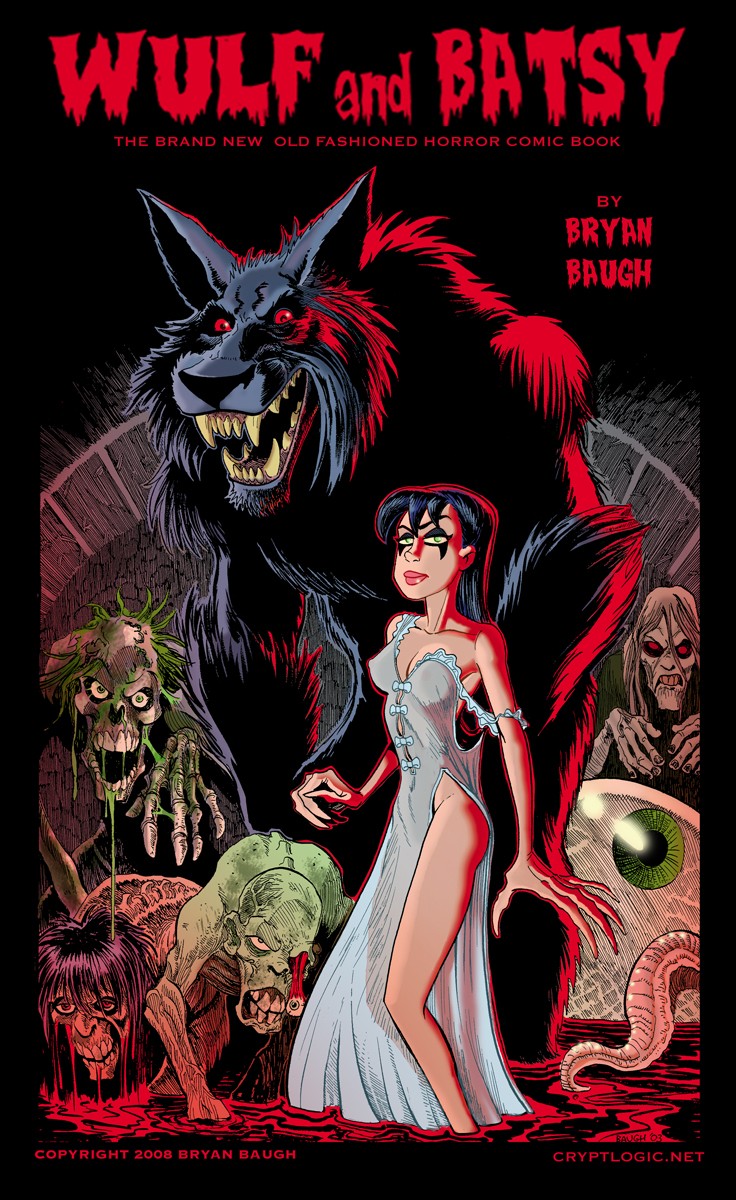