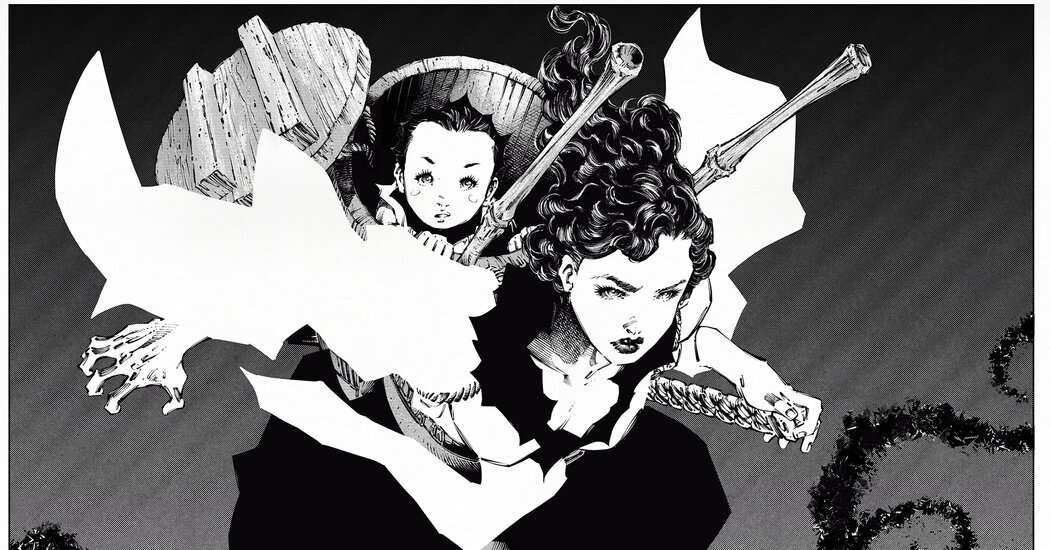 The FMP Ashcan Edition will have a suggested retail price of $1 to readers and collectors but will be sent to comic book retailers free of charge as an introduction to the new publisher.

The 10-page Ronin Book II story recaps Miller’s original Ronin series published by DC in 1983 prior to The Dark Knight Returns and catches up with Casey McKenna as she “travels across the ravaged landscape of America in search of the new Ronin.”

The 17-page Ancient Enemies story is a prequel to the upcoming series, which is about a “thousand-year-old galactic war before the primary combatants arrived on Earth and threatened all existence.”