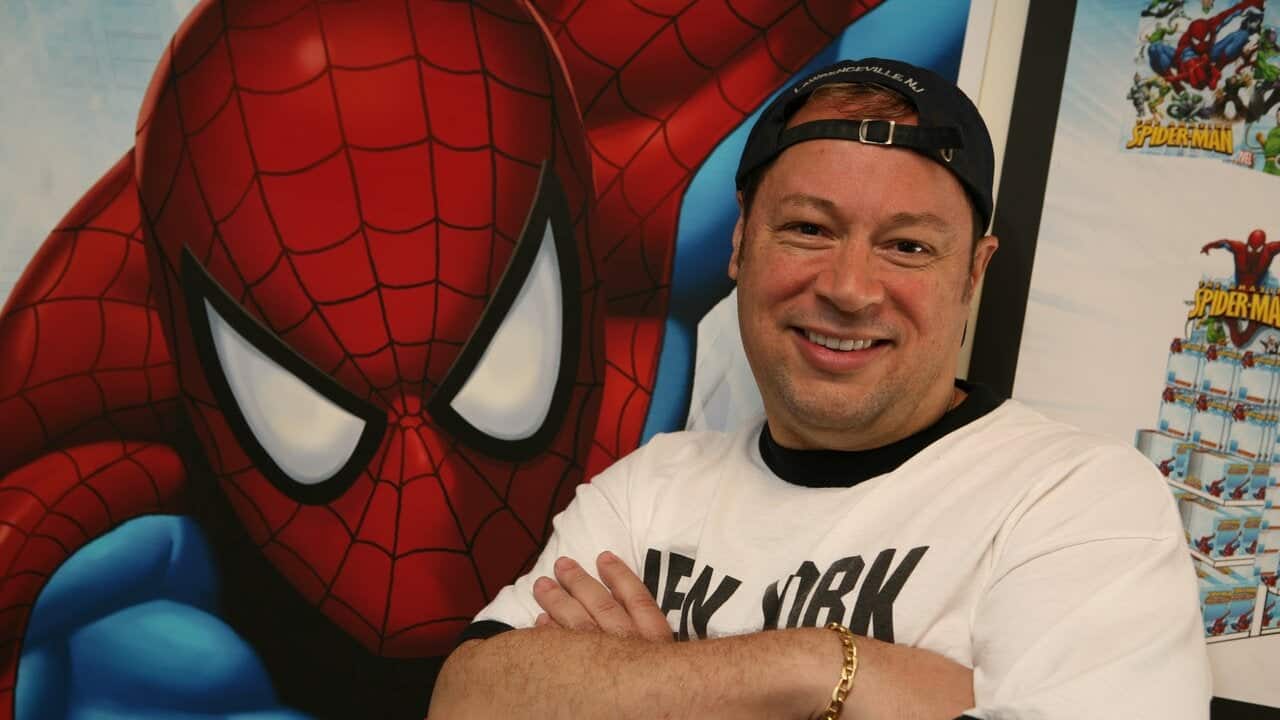 Joe Quesada, a comics artist who rose through the ranks at Marvel to become the firm’s chief creative officer in 1998, is leaving the business. Quesada declared on social media that today is his final day at Marvel, and that he is looking forward to new challenges after more than 20 years. Quesada joined Marvel in 1998 as the artist on Daredevil, after working on the critically acclaimed indie series Ash with colleague Jimmy Palmiotti in the 1990s. Quesada and Palmiotti oversaw the publisher’s mature-readers line “Marvel Knights,” and Quesada was named editor-in-chief in 2000. In 2010, he was named Chief Creative Officer of Marvel Entertainment, shortly after the Marvel Cinematic Universe was launched.

And now for something completely different… pic.twitter.com/5Vurcra9kJ

Perhaps his most infamous creative decision was one that forced many Spider-Man fans to leave Marvel Comics for good. Spider-Man “One More Day” saw Peter Parker make a deal with the devil to erase his marriage to Mary Jane in order to save his elderly Aunt May from dying of old age. In spite of the massive fan backlash, neither Quesada, nor Marvel,  ever offered a mea culpa, and Peter Parker and Mary Jane remain split up to this day.

While most of Quesada’s critics focus on One More Day, many forget that when Joe Quesada became Editor in Chief, he announced the three major changes that he planned to make.  Make Spider-Man single again. Which is what One More Day accomplished. Reduce the population of mutantkind after Grant Morrison’s celebrated run had expanded the population. Quesada accomplished this mutant genocide with House of M. And finally, he wanted to make the Marvel Universe unpredictable, and did that by creating a sense of distrust among the superheroes. Civil War and other events accomplished this task.

Joe Quesada didn’t simply flip Spider-Man, but he undid massive worldbuilding within the X-Men titles. And his creation of distrust among the superheroes is still prevalent to today.

On the plus side, he helped launch Marvel MAX with Brian Michael Bendis, a mature-readers label, and looked to his independent credentials to take chances on authors like Bendis, Michael Avon Oeming, and others who brought an energy to Marvel that was anything but the house style at the time, which sorely needed updated.

Quesada is also credited with pushing that stories be written for collection editions, creating massive decompression in the comics. Although “writing for the trade” has been attacked for discounting single issues of a comic, it has been the most common method of distributing stories in recent years, with bookshop sales on the upswing. Quesada also handled Marvel’s transition to day-and-date digital comic releases, which became unavoidable around a decade ago.

After the MCU came into being, he was shifted to Chief Creative Officer of Marvel Entertainment in 2010 where he was able to meddle in the Marvel Studios projects. He left his editor-in-chief role in January 2011, being replaced by Axel Alonso. His position was re-titled as executive vice president and creative director in 2019, giving him more time to troll comic readers on social media. 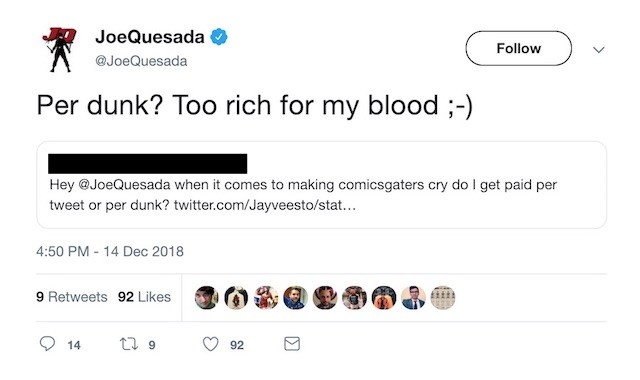 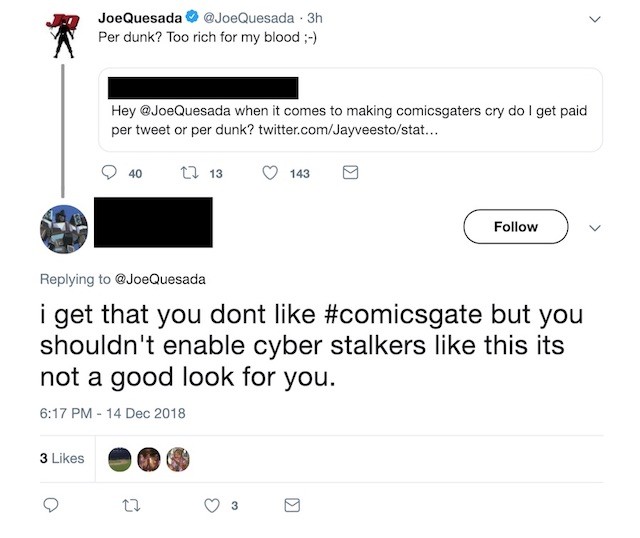 The saddest part of his legacy was getting into petty Twitter wars with critics and generally being rude to the fans. Perch seems to think this is the harbinger of an exodus of other long time staff at Marvel.

In case anyone missed it.

You can do these searches for yourself, fam: https://t.co/OZMXIPYwqJ

This definitely isn’t the kind of behavior my LCS wants to see on #NewComicBookDay. How about yours? pic.twitter.com/nIysFiyKzO

Its safe to absolutely say @JoeQuesada endorses harrassment of fans in any sort. Hes quick to welcome back a known harassing troll but has yet to comment on the doxxing of fans. From one latino to another, tu eres un pendejo:#Latinx #ComicsGate #teamcomics https://t.co/PAlCofy8Uh

It’s the “pro’s” who have become the trolls, dude!#ProsToTrolls

I’m not actually a troll but I’ve been known to play one on TV.

Does @Disney or @CBCebulski care that @Marvel‘s CCO spends more time internet-flirting & promoting a known doxxer/harasser instead of RT-ing or giving shout-outs to local comic shops?

Or could this be an in-kind arrangement for her to harass #comicsgate adjacent creators? #NCBD https://t.co/ExWpSJphkF

So good riddance and good luck, Joe! You were a fine artist and I loved your Daredevil work. One more thing. Would you mind taking Akira Yoshida with you?