Joseph Arnold is a veteran of the U.S. Army’s 82nd Airborne and currently supports his family as an law enforcement officer in Colorado. Arnold is also a talented illustrator and recently got a big break into comics publishing when Eisner-winner Mike Baron tapped him to pencil a new graphic novel “Thin Blue Line.” After figuring out how to get it published, they decided to also use the project to raise awareness and funding for some very important police causes that Joseph is passionate about.

Mike Baron is best known for his work at Marvel Comics, taking on the first ongoing series for their street level hero The Punisher. After garnering critical acclaim at both Marvel and DC, Baron focused on his own creations, Nexus, The Badger, and Florida Man. When the story for “Thin Blue Line” was conceived, he knew Joseph was the perfect artist for it.

“Joe’s a great artist. I’ve always liked his work,” Mike Baron explains, “so after this idea hit me, it was a no-brainer to have a cop that’s also artistically talented take on the art duties for it.” 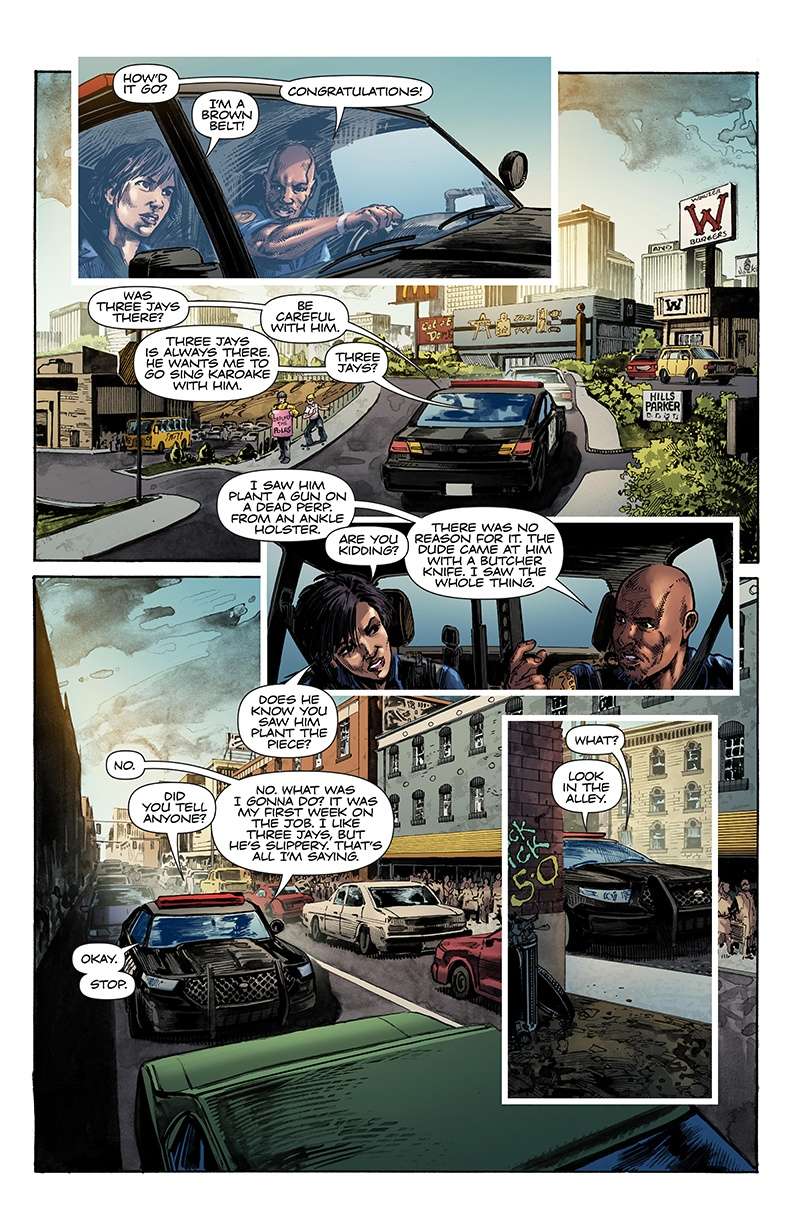 The story focuses on a cop who’s also a single mom. Knowing that the current political climate hasn’t been kind to law enforcement, the team wanted to show another side of policing that’s not often featured in entertainment these days.

“My first job is to entertain the reader,” Baron says “but I couldn’t avoid some of the tougher aspects of policing either. It’s a gripping story that isn’t always flattering to cops, but I think any reader will come away from it with newfound respect for the law.” 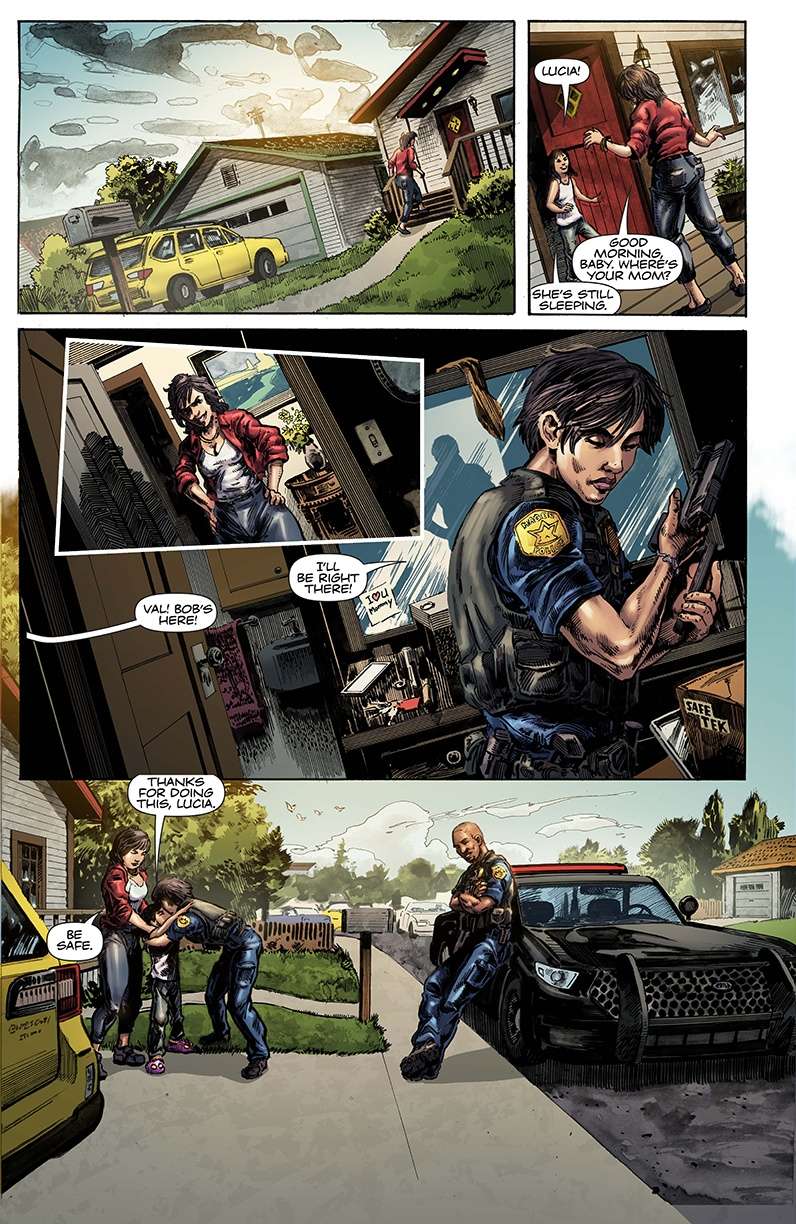 Unfortunately, none of Mike’s previous comic publishers were willing to take a chance on the graphic novel, so the team moved to a crowdfunding model to raise funds to print the book and distribute it themselves.

“We had smashing success with Mike’s last crowdfunded book.” Chris Braly, the editor adds. Braly who helped Mike run an Indiegogo campaign for Florida Man, helped raised tens of thousands of dollars and for that book. “This isn’t a funny book like Florida Man, yet we still hit our initial goal within three days for this one.” 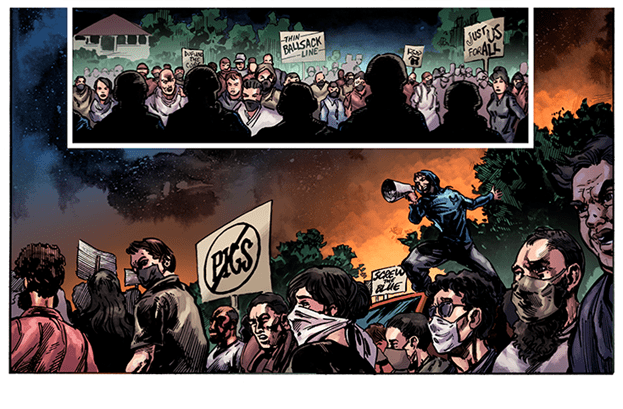 The Graphic Novel’s Indiegogo campaign launched last month, and the project manager expects to run the campaign until late December then ship books in March. Here’s a brief vignette interview with Joseph about how he came to work on this project with Baron and Slemons.