Examining Reports of a So-Called “Boom” in the Comics Industry 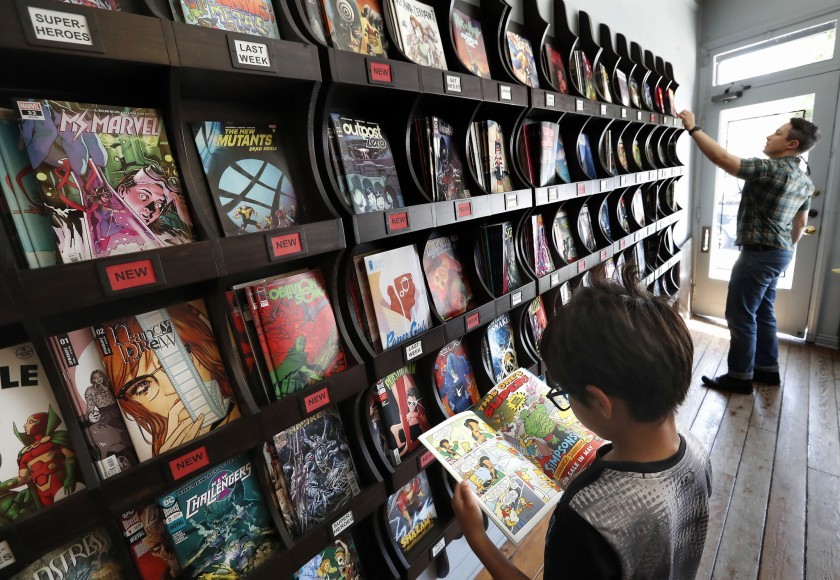 WZZM-13 from Grand Rapids, Michigan has a report on a specialty store interviewed, and claims that the industry’s seen a boom in the past 2 years since the Corona pandemic:

They’ve been around for decades, and most people today associate them with a bygone era. But against all odds, in an age of electronic gadgets with endless movies and TV shows at your fingertips, comic books press on.

“This store has been open since 1979,” says Gavin Willard, describing Tardy’s Collector’s Corner in Grand Rapids.

But do the mainstream retain any quality, or is it the independents we’re talking about? The former has pressed on, but by a fluke, considering many individual titles don’t sell in the millions, which nobody’s willing to acknowledge. The superhero titles from the mainstream could sadly but certainly be associated with bygone eras, if only due to how terribly abused they became in over 2 decades, all while only so many people just stood around silently and never did anything to protest poor quality, and the company staffers who led to the dire situation.

Willard and his wife own Tardy’s, taking it over after many years of visiting.

“We were always just avid customers,” says Willard. “It’s such a part of my life that it’s like breathing. I don’t even think about it anymore.”

And business has been booming.

So much so, that for the first time in decades, they’re opening a new location, this time in Allegan County.

It’s great if their business store is doing well, but there’s plenty of others that collapsed due to poor sales taking a toll even before the Corona pandemic occurred, and little has improved since.

The comic book industry as a whole has been booming as well. Publishers Weekly reported that in 2020, comic book sales hit an all time high of $1.28 billion. 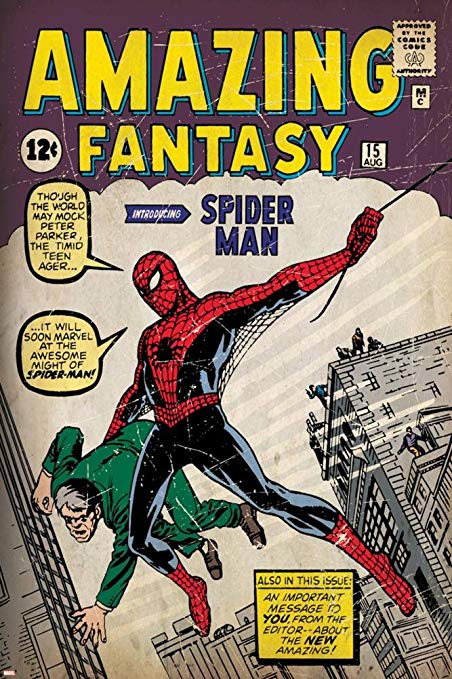 As I’ve argued before, I find it frustrating when the speculator market’s dragged into this subject, because it damaged the market as early as the mid-90s, and turned it into a joke. It doesn’t address story merit at all. The mainstream offerings sure aren’t doing well in this regard, and again, without sales figures, it’s laughable to say the business has been booming. Yet this does make a good point about something to consider:

So what’s the draw these days? Willard says the industry has expanded to new horizons.

“There’s so much more to it now than just the big costumes and the spandex,” he says.

“It’s not for one age group,” says Myers, who has been collecting comics since 1973. “It’s not for just one genre, not just superheroes. Horror, sci-fi, you know, westerns.”

Ah, now here, we’re at least getting somewhere significant. Yes, there’ve been more genres that came to prominence over past decades, and science-fantasy doesn’t have to be built solely on superhero fare. But a valid point can be made that the Big Two went way too far in seeking dominance over the marketplace, and it hurt the industry badly.

Myers also believes the everlasting popularity of superheroes in other mediums, whether it’s through video games, television shows or at the movies, keeps people coming back to these characters’ original format.

“I kind of call it a symbiotic relationship,” says Myers. “I think people are seeing these movies and saying, that’s a good story. I didn’t realize comics had that good of stories.”

But does anybody take an objective view of modern mainstream scriptwriting? It’s never elaborated upon in puff pieces like these. Nor do they acknowledge publicity stunts like turning superhero characters and co-stars homosexual or race-swapping has done more harm than good to famous properties like the Superman franchise, and who in the right frame of mind wants to put money into the pockets of an awful writer like Tom Taylor? The Comic Signal offers an expansive children’s section as well. Myers strongly believes in the power of getting kids involved at a young age.

“They’ve had so many studies that show that any reading, and reading comics, is good for your vocabulary,” says Myers. “It engages a lot more visual because you have the visuals there in front of you, which really kind of sparks your imagination to go on.”

Well it’s good somebody believes children should be able to give them a try, but I hope they realize there’s all sorts of propaganda out there now that’s inappropriate for children in the USA industry proper that almost makes some Japanese fare look tame by comparison. And if nobody’s willing to acknowledge that, they’re failing the medium.

Next, this article published on KRTV-3 says comicdom’s grown during the Corona pandemic:

As comic book movies made their way back onto the big screen last year, comic books themselves also saw huge growth.

Sales for adult graphic novels more than doubled in 2021, and one publisher said it was their biggest year ever.

I just hope they don’t think it’s entirely due to mainstream superhero fare, given the dire state it’s been in for a long time. And say, what about that time the industry declared “pencils down” circa April 2020? Isn’t that the same as TV going on hiatus, along with some movie productions? The talk of “adult” GNs is pretty telling though, that there are adults reading, though not necessarily children. But, here’s where things get interesting:

Tsaeng credits the growing popularity of graphic novels to the pandemic, as well as the rise of comic book writers and artists from all over the world.

“There’s great comics from South America, Africa, Australia, India,” Tsaeng said. “I would love for more of a global love of it.”

The top-selling graphic novel from the beginning of 2021 was a volume of the Japanese superhero series My Hero Academia — which was also one of the most in-demand animes of the year.

Other experts say anime is one of the driving forces behind the growing popularity of graphic novels, and specifically Manga from Japan.

“The rise of an increasing popularity of Manga and graphic novels is bringing our stores — our stores are just full of young people, and that’s exactly the demographic that you want in your stores.”

And what does that tell? What various other news outlets have admitted, that Japanese fare has overtaken USA fare in popularity, because they’re delivering the goods, though that obviously doesn’t mean they’re immune to political correctness. It all depends how firm the mangakas themselves are going to stand on specific positions in their creative process. 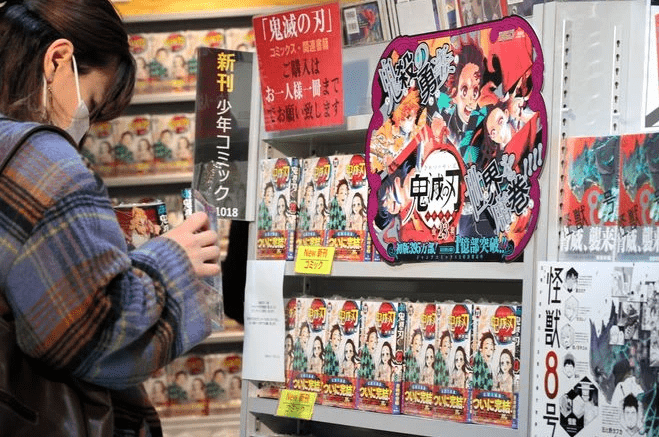 However, at the end of this article, they tell:

Some of this year’s most-anticipated graphic novels — including “Fine: A Comic About Gender” and “The High Desert: Black. Punk. Nowhere” — are throwing big spotlights on diversity.

Considering all the leftist propaganda that’s been coming out this past decade, that’s why anything with that kind of a title is surely best avoided and forgotten. Social justice propaganda stateside is just what’s bringing the medium down.

On the subject of stores, there’s also this report on Dayton Daily News about a new store for both comics and coffee in Miamisburg, and they parrot the ambiguous narrative:

Comic books are far more popular now than when he was younger, [Adam] Remillard said.

“I think with the success of the … Marvel Cinematic Universe, that has really helped with a new generation of readers of comic books who really want to get into it and see new and different stories from what they’re seeing on the screen,” he said.

Again, without sales figures, what good does this do to claim? For the millionth time, when sales are below 100,000 copies for pamphlets, and prices are more than 4-5 dollars, it doesn’t prove they’re winning over the masses coming from the movie theaters. A real shame some retailers are so lacking in confidence, they won’t acknowledge reality.