I don’t watch a lot of contemporary entertainment anymore frankly because I am beyond tired of being lectured to from just one side of the political aisle. A week ago I tuned in to catch the return of Elliot Stabler on “Law and Order: SVU” and his new show “Law and Order: Organized Crime,” and it was a big mistake. The former used most of its characters to tell us how bad the last four years were, culminating with the January 6 “insurrection”; the latter was just plain bad, and seemed to seek a politically correct mafia. Mafia!!

The Marvel Cinematic Universe films began descending into this sort of “wokeness” with their later offerings; the segue into Disney+ has continued that. The Hollywood Reporter’s Richard Newby seems to believe this is a good thing. Newby says the values of the MCU Captain America and Ta-Nehisi Coates’s comicbook Cap have been “rejected” by modern America. But …  what values, exactly? Well, “goodness,” Newby says, because World War II was “when good and evil were so clearly defined.” Not to mention, as shown in Captain America: The First Avenger, Steve Rogers more than demonstrated his inherent goodness.

But in modern America, the ideals of goodness shifted, creating an open wound between what is and what should be […] Steve Rogers clearly didn’t represent the U.S. government. So what did he represent? American ideals born of the greatest generation? Supposedly. But truth, justice and freedom aren’t concepts exclusive to America, and as tenets, they don’t even work particularly well for the majority of Americans.

Newby points out that Sam Wilson’s (Falcon) sister Sarah in “Falcon and The Winter Soldier” — “a widowed single mother, small-business owner” — says in that series’ latest installment “My world doesn’t matter to America, so why should I care about its mascot?” But this is pure contemporary progressivism masquerading as intellectualism, something which Coates (among others) does so well.

If Newby finds little objection to the values of the Greatest Generation, consider they weren’t exactly great for many Americans of the era at home, especially black Americans. In fact, they were pretty horrendous compared to today. 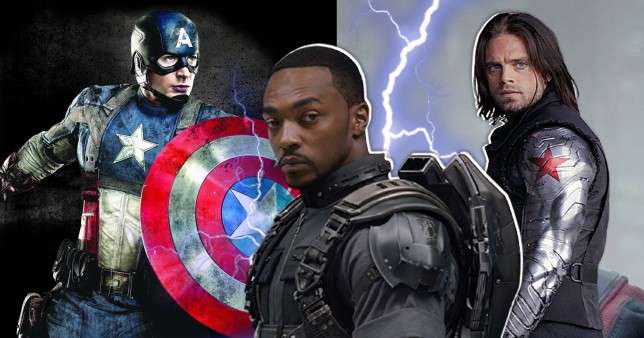 Discrimination and racial segregation were still legal. The first Cap MCU film could easily have fooled the historically illiterate; perhaps in an effort to be “diverse” it showed black soldiers freely among white troops. The truth is black soldiers during WWII were still racially segregated, and often treated like garbage by their white peers. The armed forces weren’t integrated until 1948, three years after WWII ended. Granted, there have been Cap stories that deal with these issues, most notably Truth: Red, White and Black, and a mid-2000s Annual which showed flashbacks of Cap during WWII where black soldiers had to wait until a celebration closed down for a chance to meet the superhero.

Sarah Wilson’s misgivings would have been magnified to the Nth degree in the early 1940s compared to the present day. The plain fact of the matter is that truth, justice and freedom matter a lot more to Americans today than they did in, say, 1943. Coates’ and/or Newby’s revisionisms don’t change this fact.

Further eroding Newby’s point about “clearly defined” good and evil is comicdom’s reaction to Frank Miller’s desire to have a DC’s Batman go after and fight al Qaeda, arguably the Nazis of the modern age, during the early years of the so-called War on Terror. Originally conceived as Holy Terror, Batman, Miller ultimately decided to drop the Caped Crusader from the story in favor of a character called The Fixer, and got the story published by Legendary Comics as simply Holy Terror. But Miller and his story were blasted and called “Islamophobic” by creators and reviewers alike, including Grant Morrison. Wired’s Spencer Ackerman wrote that Holy Terror was “one of the most appalling, offensive and vindictive comics of all time… [it’s] a screed against Islam, completely uninterested in any nuance or empathy toward 1.2 billion people he conflates with a few murderous conspiracy theorists.”

One can imagine Ackerman back in 1944 writing about Captain America comics: “It’s a screed against the German people, completely uninterested in any nuance about the Treaty of Versailles and conflating the beliefs of a murderous political party with the entirety of the country.”

This, well, “glossing over” of the Greatest Generation’s domestic shortcomings merely serves Newby’s conditional and “perhaps”-style statements into which he shoehorn his politics. Steve Rogers, he says, stood more in opposition to the US government than with it — just never mind that HYDRA is a big reason for that, and that his view in Civil War arguably is much more autocratic than Tony Stark’s. Longtime Avengers readers also may recall the classic issue #181 in which US government liaison Henry Gyrich dictated the team’s membership so the team could keep its government security clearances. Here, it is Cap who backs the government; in fact, he has to restrain Iron Man from belting Gyrich: 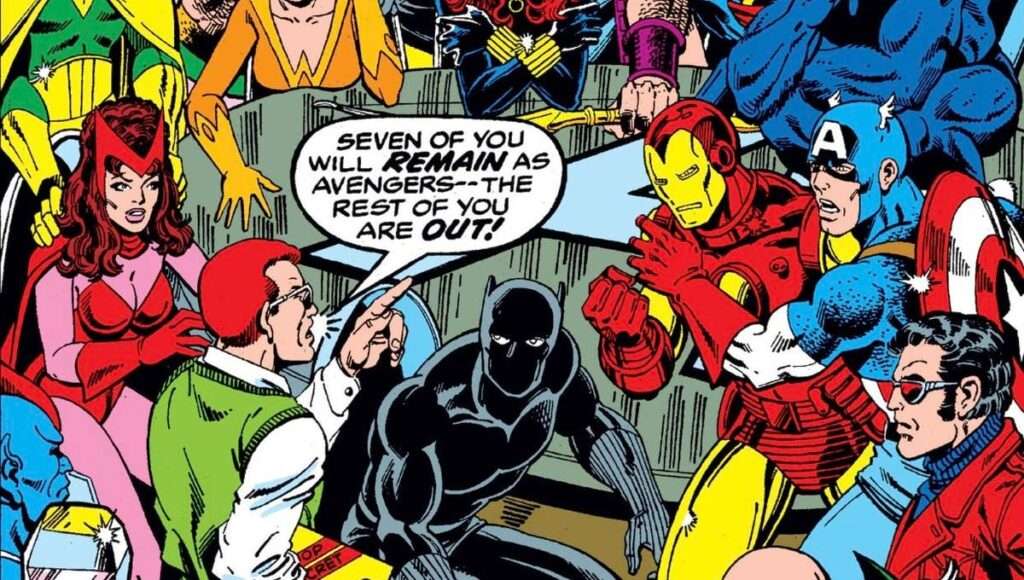 Further, Newby has an issue with Battlestar’s (aka Lemar Hoskins) role as John Walker’s (the new Cap) sidekick: “Though the character hails from the comics, there is certainly something to be said about the Black best friend who serves as emotional support to a white man.” Again, note the use of the conditional “though,” for in those comics Battlestar’s role as a “sidekick” clearly was an homage to the young Bucky, but it was explicitly noted (in Captain America #341) that Battlestar was John Walker-Cap’s partner. In fact, writer Mark Gruenwald, on advice of (black) writer Dwayne McDuffie, used the name “Battlestar” in place of “Bucky” due to the latter’s racist connotations. 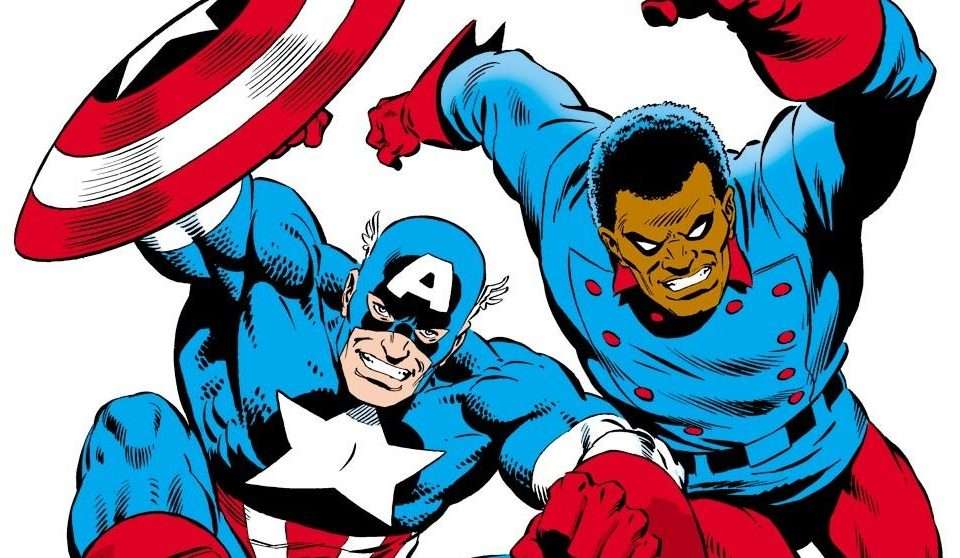 Newby then manages to squeeze some Black Lives Matter activism into his screed:

Battlestar has a thankless job, and if Walker represents the government then Lemar Hoskins represents how that government uses Black people …

It’s a story we’ve seen time and time again in our own reality, the deaths of Malcom X, Martin Luther King Jr., Fred Hampton, Breonna Taylor and George Floyd serving as pulpits for white voices and leaders who fail to enact real change yet still sell the idea of truth, freedom and justice under the notion of American supremacy.

And to whom, exactly, would those “white voices” belong, Mr. Newby?

Ironically, Walker ends up killing those who murdered Lemar, throwing a monkey wrench into the “incorrigibly racist America” theme (a white man avenging a black man’s death? GASP!), but for Newby it “unleashes something else: a walking mascot for America, the real America, in all of its carelessness, cruelty and displaced sense of justice.” (In the comics, it was the death of Walker’s parents at the hands of, ironically again, a far-right militia group which caused Walker to go berserk.)

Speaking of Frank Miller, ultimately a panel of his creation (and that of artist David Mazzucchelli) represents the true spirit of Captain America: 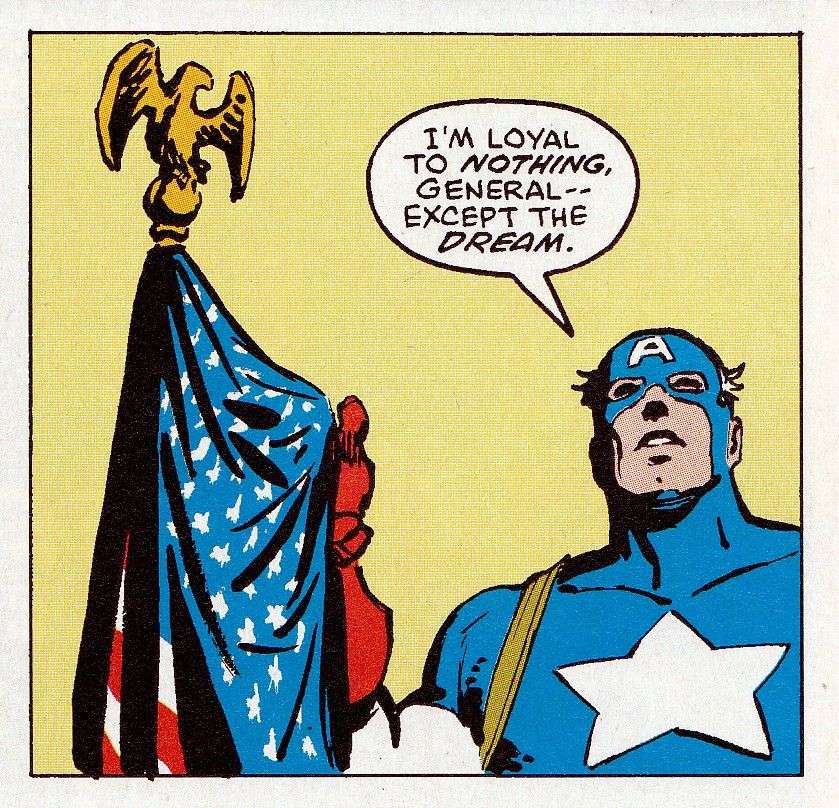 Of course, that dream has yet to be fully realized, but we’re a lot closer to it now than we were during Cap’s earliest days … despite what Newby, Coates, or myriad other progressives tell you. The inherent weaknesses of their arguments lie in the fact that they  say racism is now “unseen,” and/or manifested in things like “microaggressions.” For example, they’ll turn rare instances of police misconduct into “widespread crises” (thanks largely to social media), and for the most part the government and corporations are on their side. Compare how the government/law enforcement treated the Antifa/BLM protesters last summer to those at the January 6 Capitol demonstration. Look what Major League Baseball did with its All-Star Game in response to Georgia’s new voter law. Consider how the media and “intellectuals” blame “white supremacy” for any conceivable crime, even when it’s patently ridiculous to do so.

The “dream” mentioned by Cap above includes the aforementioned Martin Luther King Jr.’s famous dream. But modern progressives have already repudiated it. Far from being colorblind and treating everyone the same regardless of skin tone, progressives’ new mantra of “equity” means that race must be acknowledged (including granting that “white privilege” and “supremacy” are still rampant), and then figured into an ever-malleable formula to enact “justice.” In a multicultural nation, this is a recipe for disaster as every racial and ethnic group will constantly grapple for a share of the racial spoils.

In the years to come,  Marvel may have to write another installment of “Civil War,” this time based on real contemporary events.