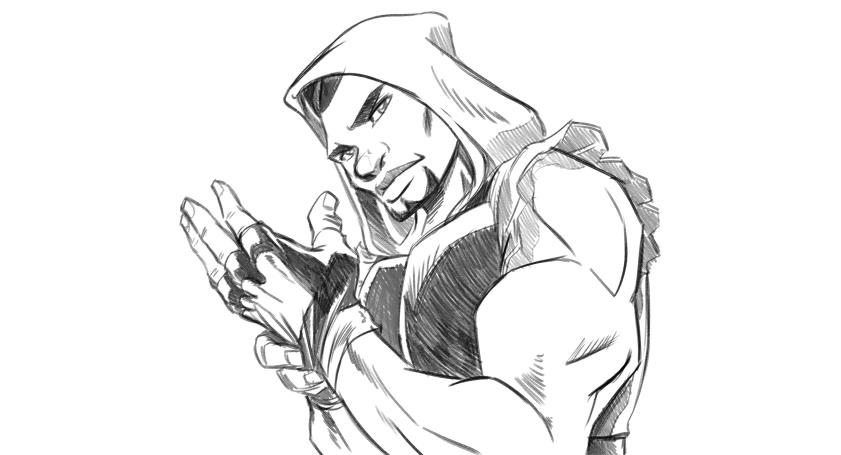 It’s been two years since I published my most popular video. Two years since I decided to do a rant on the social justice comics that Marvel had been pushing. To be honest, comic books weren’t near my priority list at the time. I was working a dead-end job as a security job, living with constant jaw pain and other things causing me perpetual misery. I sure as hell didn’t expect it to hit half a million views. Even moreso, I was shocked to see what followed. Other content creators such as myself expressed their ire, and there wasn’t much of an industry response. Granted, I had a feeling the industry at the time didn’t care much.

Later on came the whole #MakeMineMilkshake debacle, where a bunch of comic book pros overreacted to five or so salty tweets. Though I’ll admit I still think said salty tweets really were pointless, people tweet pointless salty crap all of the time. If I was working at Marvel Comics and handling the editing of the Star Wars comics, my last concern would be social media. It would be doing my job. However, what we saw next was a severe overreaction that drew a line in the sand. A pointless line, mind you.

Well, time went on and I decided to do more dedicated comic book content after talking to some of my peers. It was quite fun, to be honest with you. It’s an interesting time when you’re driving through the outskirts of Hurricane Harvey one day, and then editing a video about how crappy Jason Aaron’s Thor had become the next day. I did those types of videos for quite some time, and they were enjoyable. I had success with them too. My series on the America Chavez series got me quite a few views for as small as my channel is, alongside other reviews I did. There was just one problem.

All my complaints did nothing.

I’ll be frank. Myself and other content creators had a bit of a weakness. We didn’t have a way forward. Reviews are fun and all that, but I’m not satisfied with such things. Never have been. I’ve been a critic before. When I wrote for Blistered Thumbs years ago, I was one of the main video game reviewers on the website when it came to written pieces. The general problem that I have with being a critic and only a critic is that it’s far too easy to come across as some sort of hanger-on who can’t shirk the fact that they’re not capable of doing what the people they’re critiquing are doing. It’s a fitting stigma in many cases. Not one that I’m fond of.

I’m not quite sure if that was the thought behind some of my peers, but one in my circle of amigos decided to take up the pen on a couple of books. Richard Meyer, who I had first chatted with in a livestream some months prior to my trip to Texas, announced he was doing a graphic novel with Cable and Thunderbolts artist Jon Malin, with color work by the very talented Brett Smith. After the funding for that was complete, he announced Iron Sights with art by Roberto Canales (who is currently working on a book with another cohort of mine called Necromancer). Between the two books, he raised over half a million dollars.

Since then I’ve seen comic after comic put forward by others who are part of this not-lefty comic book sphere. I was incredibly happy to see people I’m friendly with like Chuck Dixon and Ethan Van Sciver see great success with Trump’s Space Force and Cyberfrog: Blood Honey respectively. Other books had successful Indiegogo campaigns as well, such as Donal Delay and Nasser Rabidi’s Brutas the Badass, Earthworm Jim creator Doug Tennapel’s Bigfoot Bill, Andrew Huerta’s Sovreign, and I’m sure there’s others that I’m forgetting. There was a couple of things I realized seeing all of this. First was that I was inspired to create my own comics. Second was that there wasn’t much in the way of street level heroes. I love big time superpowers and have my own cape comic in my back pocket for now, but there’s something special about the gritty street level hero that can’t be matched. 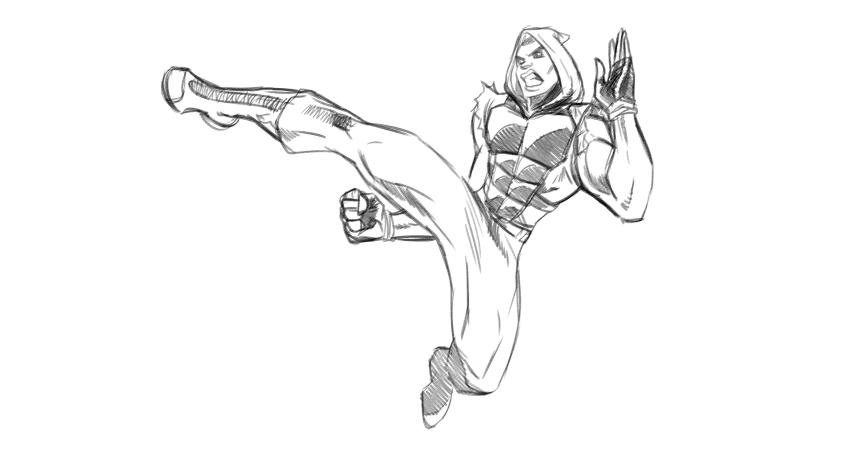 So, I started engineering my own character. I wanted to create something that matched the mishmash of genres that I’ve been inspired by over the years. I wanted to bring a tone that was similar to the dirty feel of Frank Miller’s Daredevil, the more mature tone of David Michelinie’s Amazing Spider-Man, but I didn’t want my hero to be jaded. I didn’t want him to be a selfish man. I wanted him to continue to aim higher in his own life. To be someone who saw life as something to be preserved. Who isn’t just another iron jaw and cinder blocks for hands. I wanted to create a character who was as vicious as Mike Tyson was in the ring, but had a heart for his home. Similar to how Bruce Wayne was portrayed when Chuck Dixon wrote him, and how the character was portrayed during Batman: The Animated Series.

That’s inevitably how I came up with the character of Elijah Wallace. I wanted to take a character and craft someone who would already have a moral core and discipline prior to the tragedy that turns him into the Saint of Englewood. So, I’ll admit I pulled from my own experiences. For those who don’t know, I’m a boxing son of a preacher man. Elijah is a former world champion mixed martial artist, whose father is a theologian and outreach minister in the windy city of Chicago. This also gave me a way to give him a base of wealth that he’d need to take the leap into vigilantism, and a martial arts background where he’d have knowledge of several disciplines, such as wrestling, jiu-jitsu, judo, boxing, muay thai, capoeira, and tae-kwon do.

Another thing that I wanted to do was portray Chicago as Chicago. I don’t think there’s enough gangs in comic books. When there are gangs, they’re often treated like a vicious version of a rainbow coalition. That’s not often how gangs are in the real world. They’re often only one or two ethnicities, and are separated by colors they wear and the neighborhoods that they control. I don’t see why creators shy away from that sort of thing in comics either, unless it’s the Triads or the Yakuza. It’s part of the reason I’ve always enjoyed Kurt Sutter’s work (The Shield, Sons of Anarchy) in its grounded depiction of the makeup of gangs and their rules. Granted, this isn’t going to be a comic that’s “realistic” in a sense. 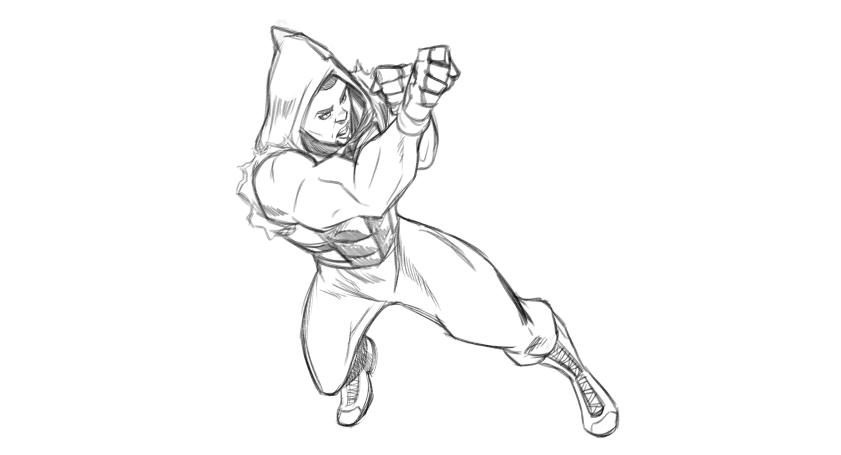 I want to create a book that’s going to have a vibrant, interesting, and fun version of Chicago. I want each of the gangs to feel different. Each of them needs to have a vibe, and there’s nothing wrong with them being a little comic-bookish. I fully plan for a member of the Triads to have kung-fu skills that give the main character fits. I want to incorporate voodoo into one of the more violent gangs. I want to make sure that the politics come as corrupt and a constant obstacle to the heroes of the story. Granted, that’s a more realistic part of Chicago, but I’m certain you get my drift. Chicago is a unique city in real life. People are characters, for sure. That was always part of its charm for me. I want to try and portray that charm and harshness for the reader so that the city itself feels like a character.

The biggest goal that I have for the series though is to give the reader something that I’m seeing less and less of in comics. A character who isn’t ashamed of being a man. There’s no worry about being “the modern man” or something like that. He’s comfortable in his own skin. He knows that he has a role to play in his family, and in his community. He’s not afraid to work hard and not afraid to guide people on the right path. He’s disciplined, he’s tough, but he’s got a heart too. Too often we get characters that are too busy with quips or too busy whining to really be that interesting or that engrossing. I want to create a character unafraid to plant his feet and fight against a world that is losing itself to apathy and greed.I want to tell a street level story that has grit, has insanity, and keeps your eyes glued to the page.

If you want to follow the other members of the staff on this book, the editor is Alex “Hatman” Baldwin, and the artist is Brian Martinez of the Honey Badger Brigade. You can find Hatman on Twitter at @TheHat2 and Brian at @DogeinCharge

Englewood is coming. Get hyped.