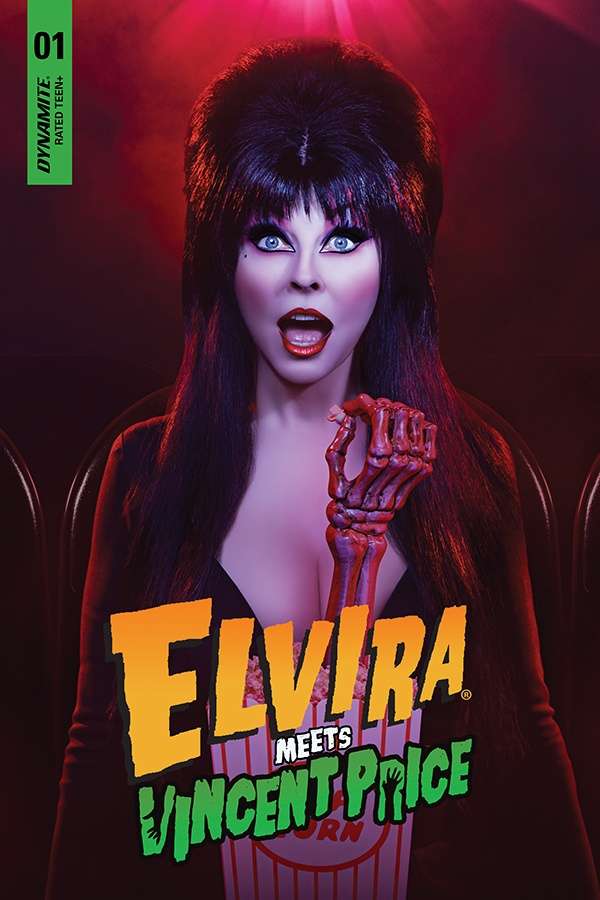 The Mistress of the Dark herself, Elvira, returns to monthly comic books and this time she’s joined by fellow horror comedy legend Vincent Price! 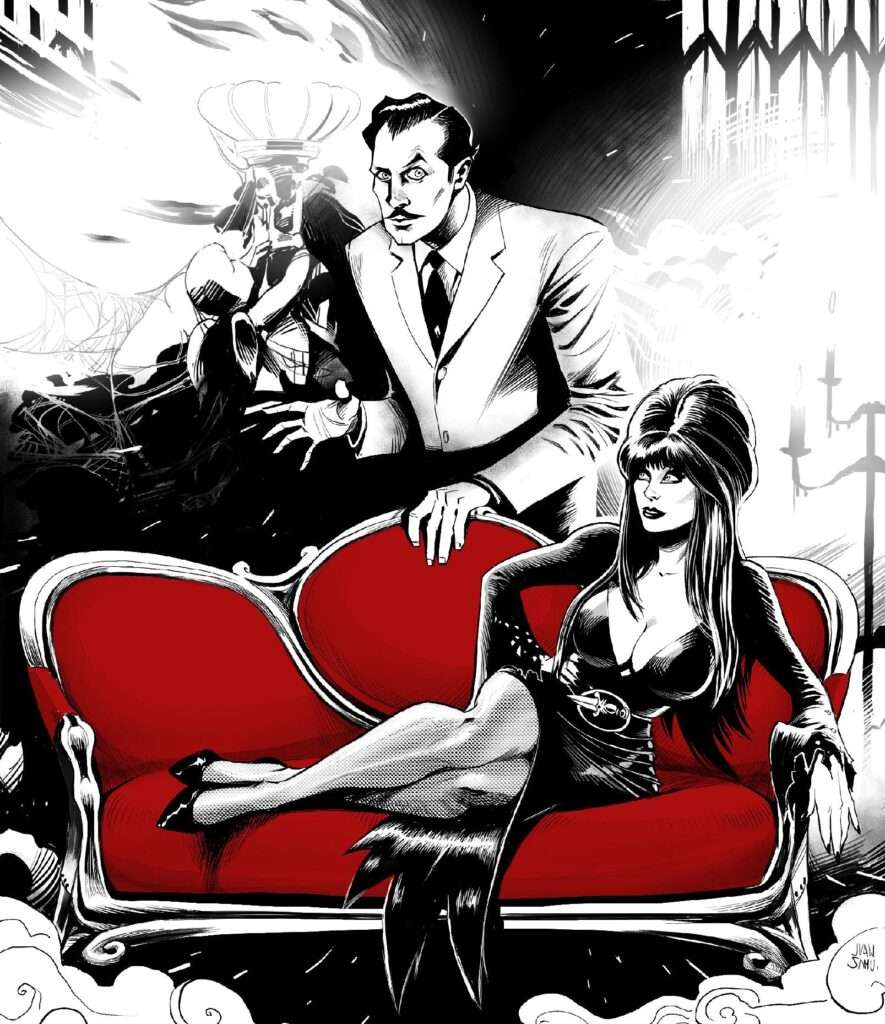 The two titans of terror and comedy unite in comics for the very first time as Dynamite Entertainment proudly presents Elvira Meets Vincent Price! The ghost of Price has a mission that only the macabre maven can assist him with. The apocalypse is coming, and it’s heading straight to livestreaming for binge-watching! Leave it to a fabled lost film to save the day, if only our horror hostess and spectral companion can find it in time. 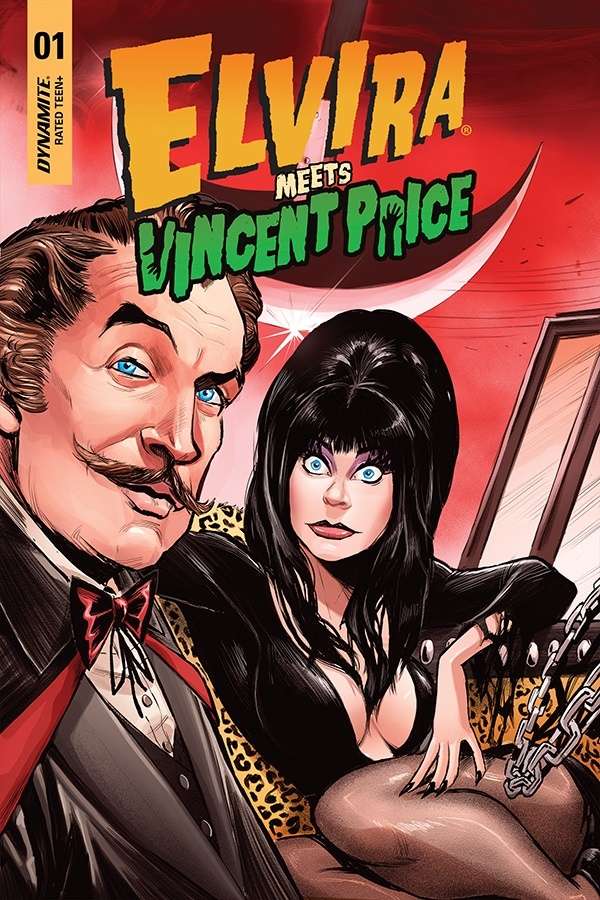 Writer David Avallone (Bettie Page, Drawing Blood) returns to capture the timeless voice of Elvira, and taps into his own history and love for Old Hollywood and film to bring Vincent Price along for the ride this time. With over three years and countless issues of experience working right alongside Elvira herself and putting words in her mouth, fans will be happy to see his return. This time he’s joined for the first time by artist Juan Samu (Black Panther, Transformers). 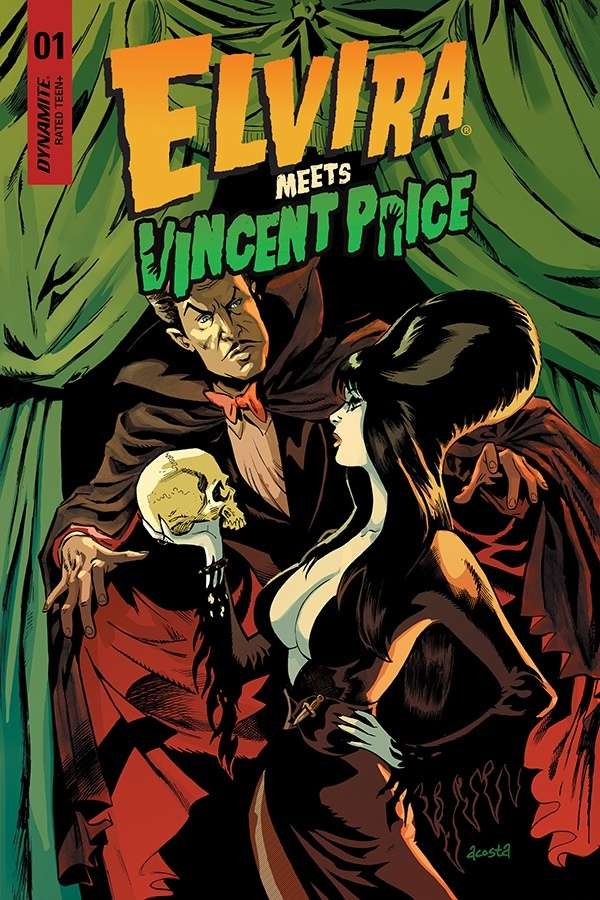 Avallone shared, “Writing Vincent Price is a gift. On-screen and off, he’s an indelible character and it’s delightful to write in his “voice,” just as it is to write in Elvira’s. He’s charming and elegant and hilarious… and as in real life, a perfect foil for Elvira. I recommend fans Googling their talk show appearances together.” 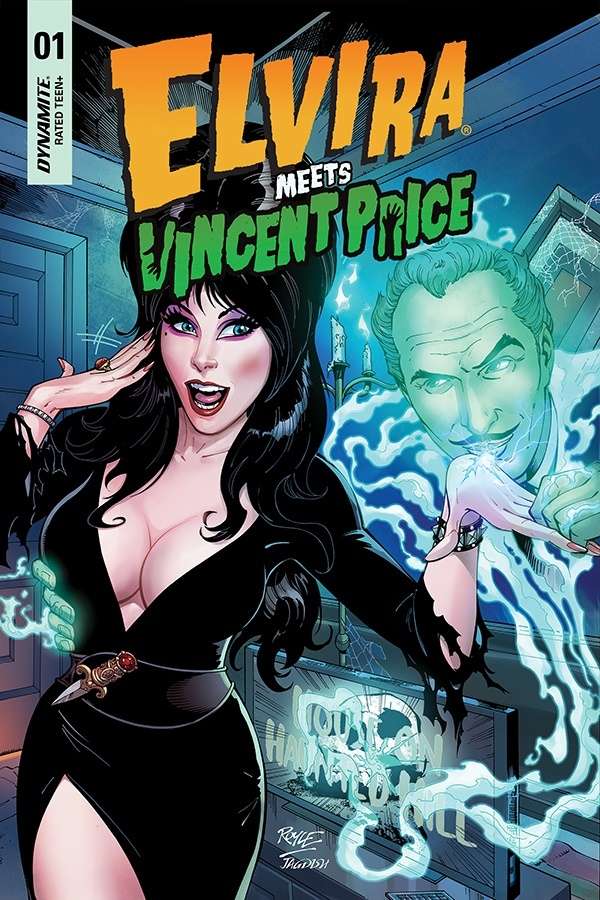 Though this new history-making crossover is perfect to jump right into for Elvira newcomers, Dynamite has released several graphic novels for fans to dive deeper into the hostess with the mostest’s adventures.

Elvira loves to show off and though you can’t judge a book by its cover, we make them extra pretty! Longtime Elvira artist Dave Acosta returns for one, as does fan-favorite pinup artist John Royle, as well as ones by Juan Samu and of course a stunning photo of the lady herself – Elvira, Mistress of the Dark!