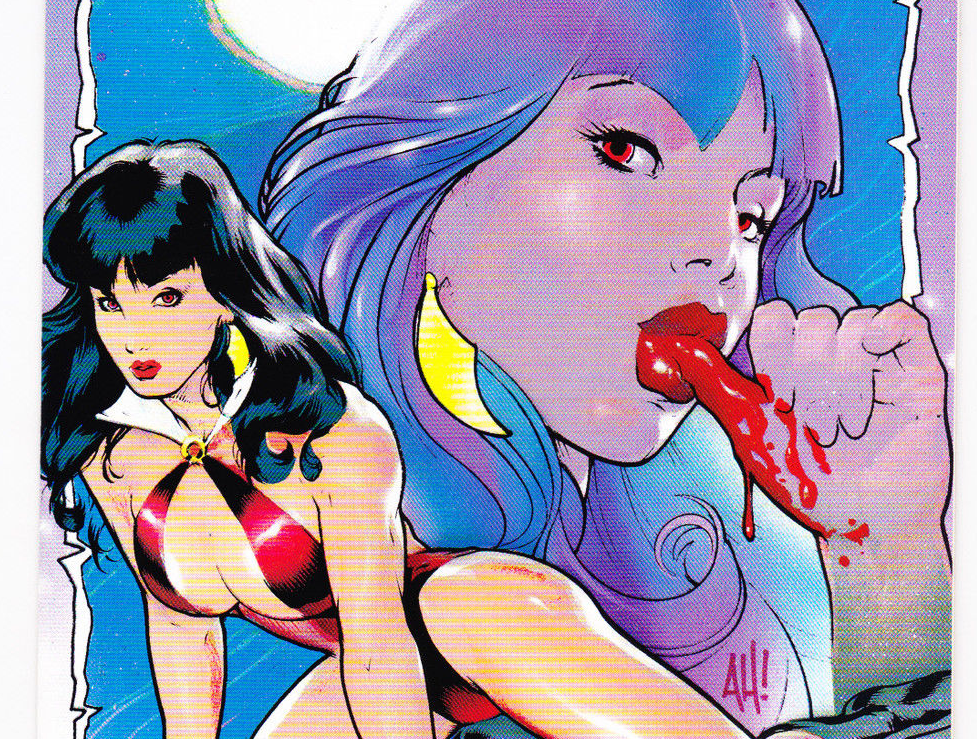 Dynamite and Humble Bundle are teaming up to offer readers a delicious deal, offering fans the chance to bite into a huge haul of digital comics starring the most famous vampire heroine in the industry, the Daughter of Drakulon, the one and only Vampirella!

The bundle will only be available for a limited time, so check it out!

Not only are customers spoiling themselves with this incredible deal, encompassing beloved and acclaimed stories starring the Daughter of Drakulon from every era, but they’re also supporting a great cause. Dynamite and Humble Bundle are proud to ally with the NAACP Legal Defense & Education Fund. The organization’s primary goals are to achieve full African American civic engagement and participation in the democratic process, diminish the role of race in the criminal justice system, increase fairness and African American participation in all aspects of economic life, and afford greater access to racially integrated, high quality public education for students of color and eliminate racial disparities in education.

Uncover a macabre library featuring one of horror’s most enduring comic-book heroines in our latest bundle from Dynamite! Unearth classic Vampirella tales and discover modern interpretations in volumes like Vampirella: Hollywood Horror and the Vampirella Masters Series, featuring stories from some of comics’ most celebrated writers including Grant Morrison, Mark Millar, Kate Leth, and more. Plus, your purchase helps support NAACP Legal Defense and Educational Fund. 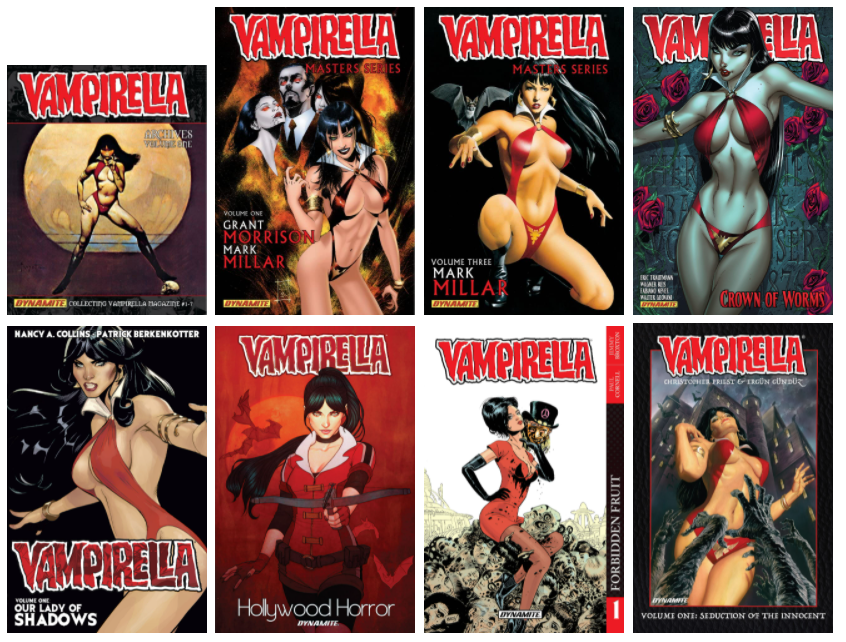 Thanks to Humble Bundle’s flexible tiering structure, readers can scale their purchase to best fit their budget, interests, and charity contribution. Four total tiers on this bundle start from an almost unbeatable introductory level of just a single buck. Then scale up to a giant virtual stack of the equivalent of 150 comic book issues, 5,560 plus pages, and 95% savings on what would normally cost almost $460 (before tax!) for just $25 through the bundle.