Dynamite Comics Extends Returnability Through the End of the Year 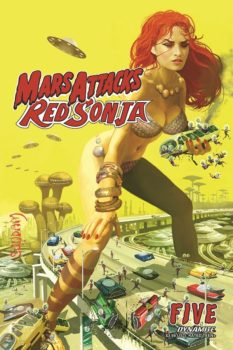 Dynamite announces the window for fully returnable new comics is now extended deep into the holiday season through December 7 Final Order Cutoff (December 30 in stores) allowing all titles in stores to be returnable through the end of the year. 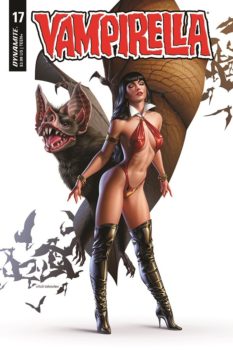 Orders on Dynamite’s monthly comics from retailers have been strong this year and during the difficult pandemic and evolving recovery, with several titles increasing in sales over a dozen issues into their run. With continuing and new challenges on the horizon, Dynamite wishes to help retailers through a challenging year. The publisher has also been steadfast in rushing to reprint tens of thousands of copies of The Boys omnibus volumes and deep discounting them so retailers are stocked around the excitement of the Prime show and moving into the hard to predict holiday season. Especially with retail businesses in the UK being mandated to enter another lockdown, Dynamite wants to help retailers stock up, keep up a positive cash flow, and have decreased risk with the assurance of returnable inventory. 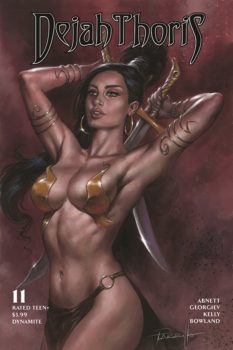 Titles impacted by this extended window for returns include the kickoff of Dan Abnett’s Vampirella, Red Sonja and Superpowers crossover saga. While Abnett’s Dejah Thoris nears its epic climax. As well as Luke Lieberman and fan-favorite artist Walter Geovani’s returns to Red Sonja for a story set early in her adventuring. The flesh-eating furor of the best-selling zombie crossover DIE!NAMITE lurches forward. Hall of fame scribe Christopher Priest continues to craft the hardest hitting Vampirella story. And so much more, each week from Dynamite. 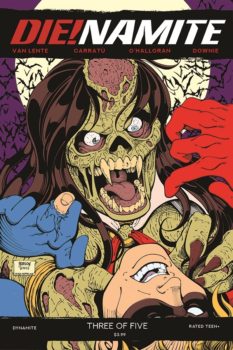