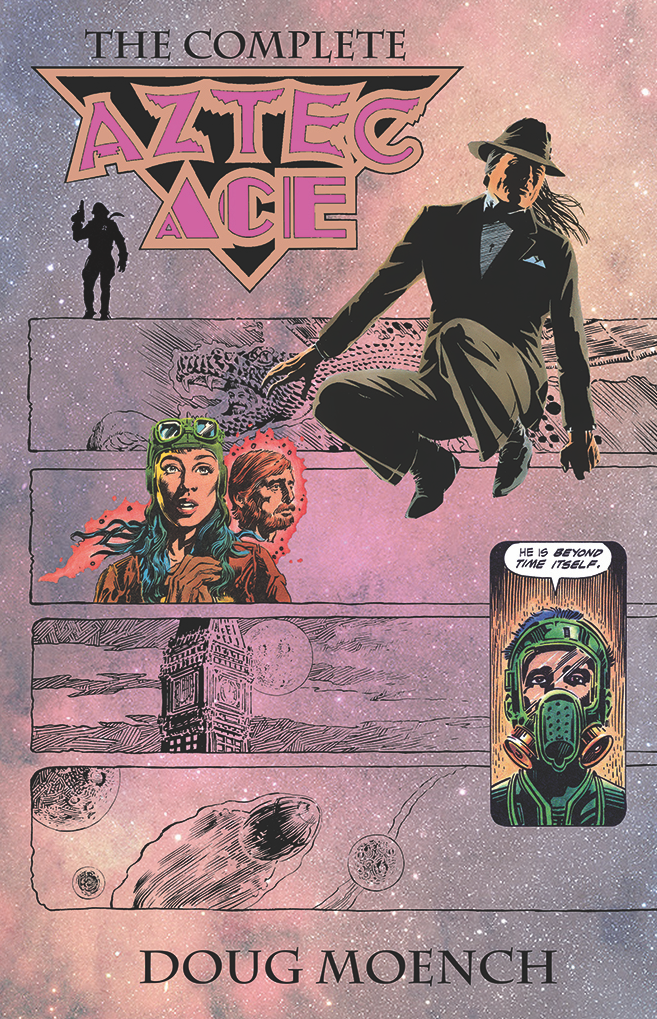 37 years ago, in 1984, Doug Moench (legendary Batman and Master of Kung Fu scribe, and creator of Moon Knight) created and wrote the first of a fifteen issue series for Eclipse Comics.  This series soon became the wildest, most incredible time travel story ever told in comics (or anywhere else, for that matter)!  This was also made possible by the talented group of artists who joined Moench on his time-travel journey, which included: Michael Hernandez, Dan Day, Nestor Redondo, Ron Harris, Mike Gustovich, Mike Harris, Art Nichols, Thomas Yeates, Tim Sale, Mark Pacella, Phillip DeWalt, Denis McFarling, Steve Oliffe, and Sam Parson. 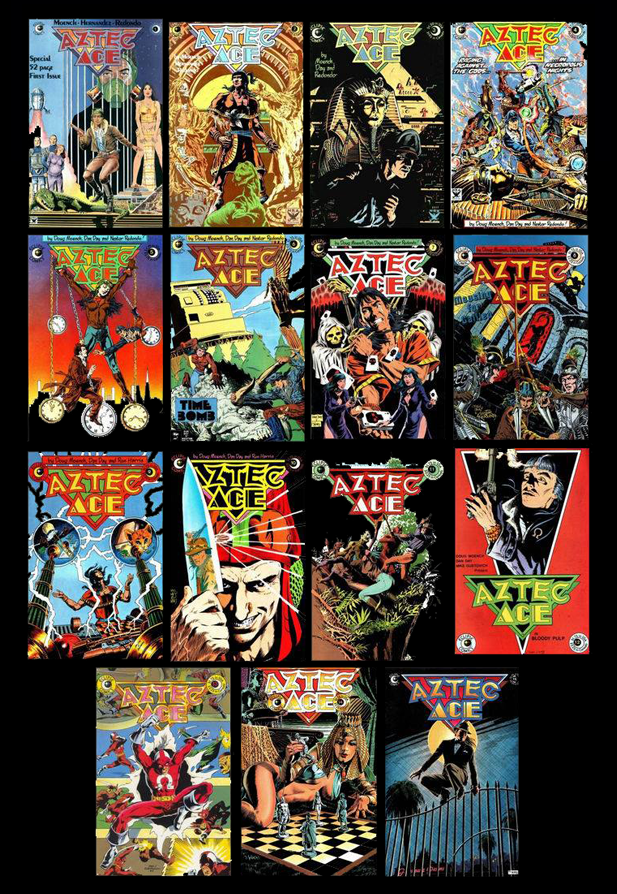 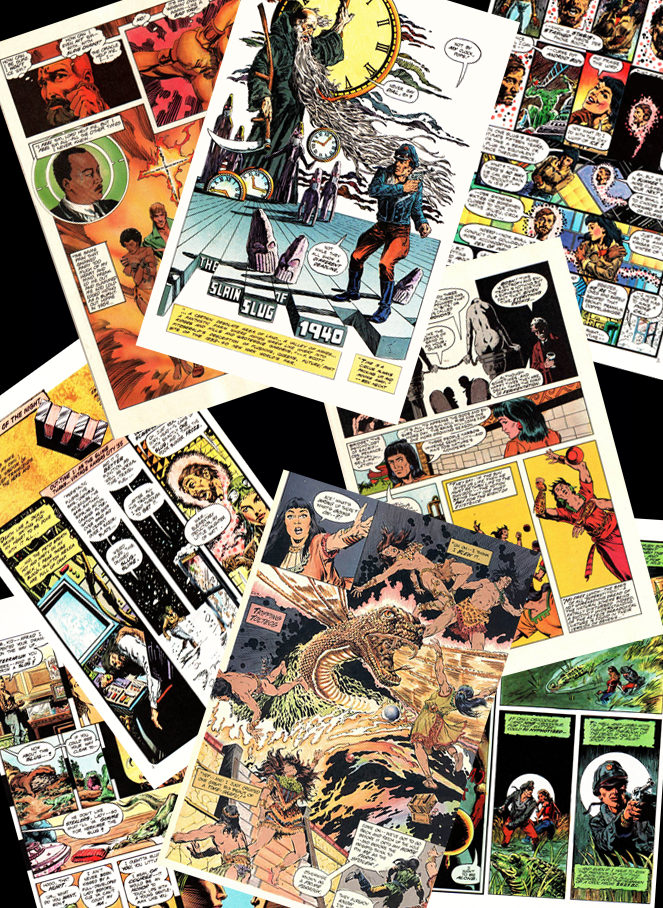 Now, for the first time ever, all fifteen issues of the AZTEC ACE series are being collected into a hard cover collection that any serious comics collector MUST have on their shelf.  Below are a few preview images from the collection. You can grab a copy here