Veteran comic book scribe Don McGregor – the man who breathed four-color life into Marvel Comics’ Black Panther and Killraven, among others; DC Comics’ Nathaniel Dusk; as well as his own Detectives, Inc. and Sabre – joins the ranks of American Mythology Productions with his long-awaited return to “The Fox” with Zorro: Flights.

Making his start in comicdom writing stories for the legendary Warren Publishing, he moved on to Marvel Comics in 1972 as a proofreader before establishing himself as a writer and editor. He also wrote Batman and other characters at the Distinguished Competition and is well-known for his renowned work on Zorro for Topps Comics and Papercutz, respectively. 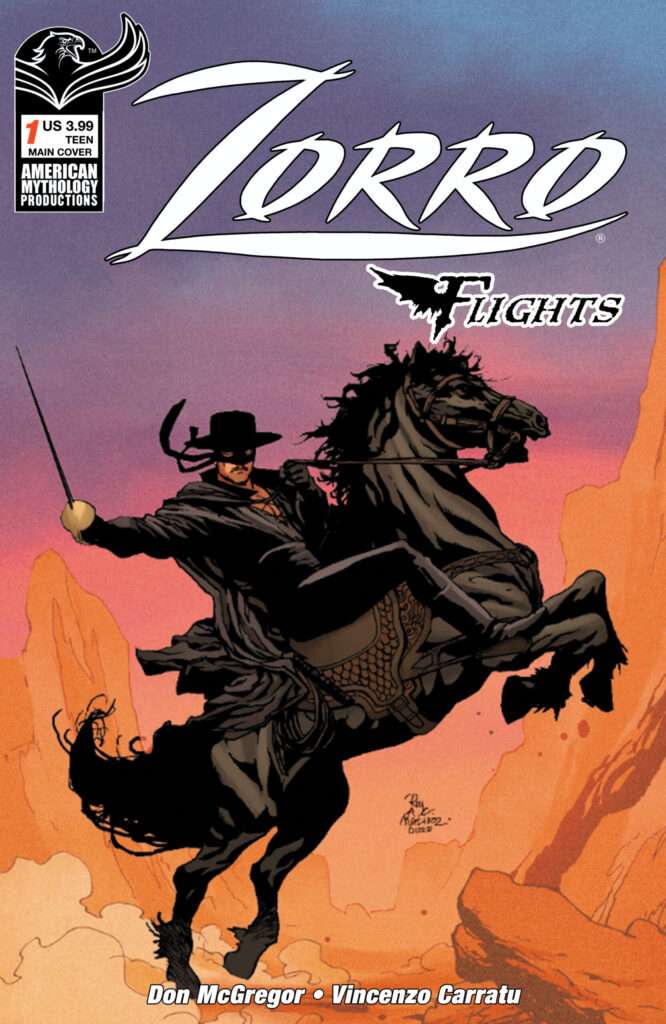 With this three-issue limited series featuring art by Vincenzo Carratu and Claudio Avella, McGregor sets Zorro on an adventure for the first time in 15 years by bringing him face to face with a fire-breathing dragon. But something doesn’t seem right. Although the creature soars in the air-breathing fire and fury, it appears to be controlled by mere man. 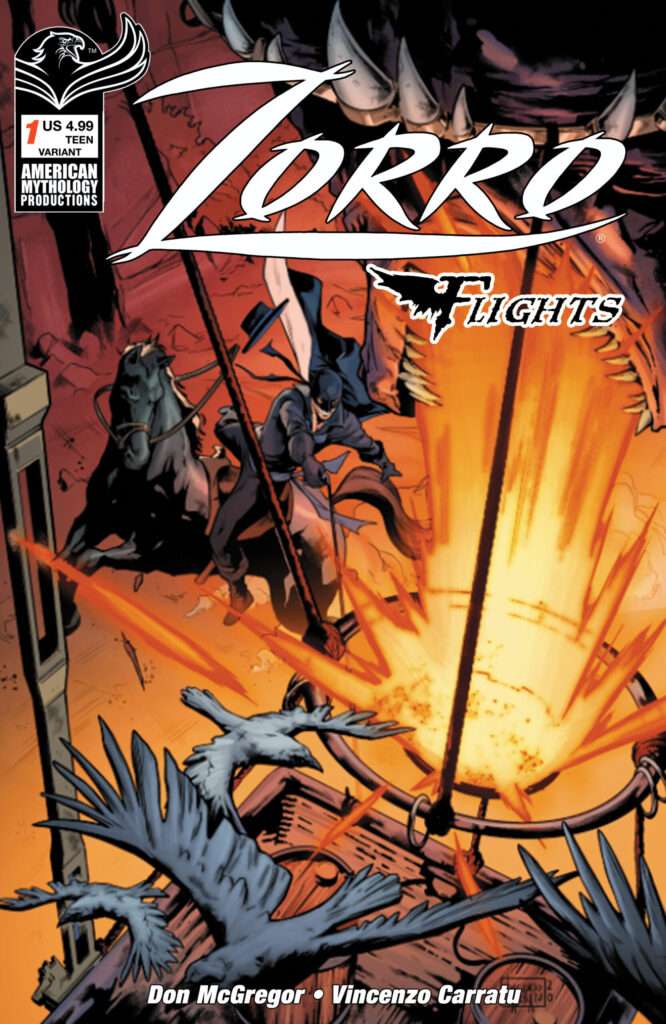 “Don McGregor is one of the grandmasters of comics,” said American Mythology President James Kuhoric. “His work has broadened readers’ horizons and stirred their souls for more than five decades. His latest project, Zorro: Flights, which we here at American Mythology are proud to present, is sure to thrill his many longtime fans while appealing to countless new ones.” 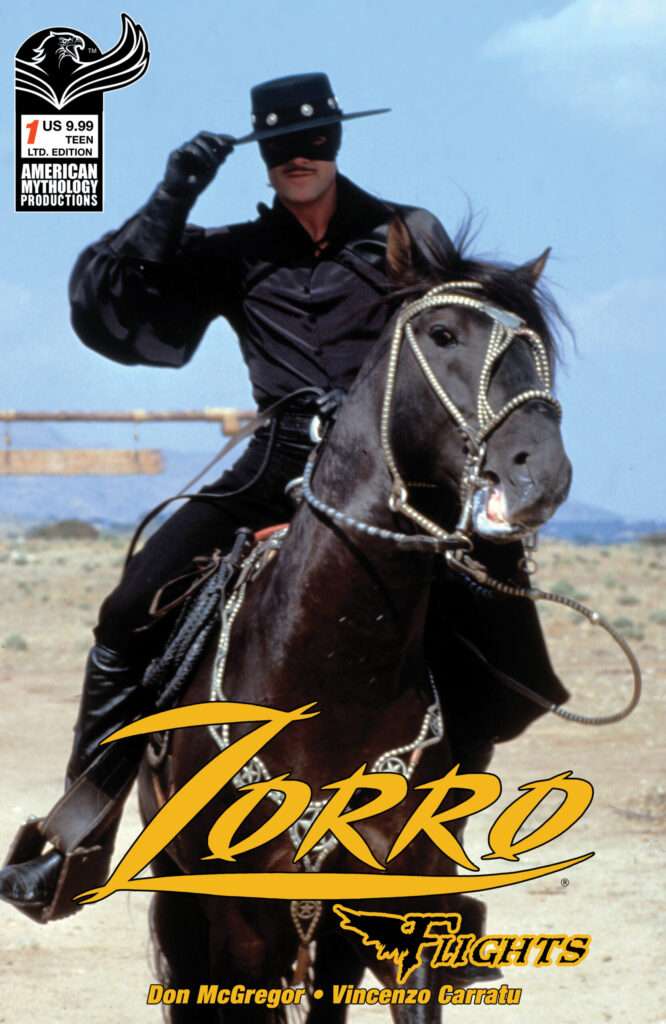 As a bonus for fans and collectors everywhere, American Mythology will release the first chapter in this epic story with four covers. They include the Main Cover by Roy Allan Martinez, the Variant Cover by Carratu, a Limited Edition Color Photo Cover, and the uber-rare “Century Edition” Black & White Photo Cover which is limited to just 100 printed.