Disney to Publish a Marvel Kids Line at IDW 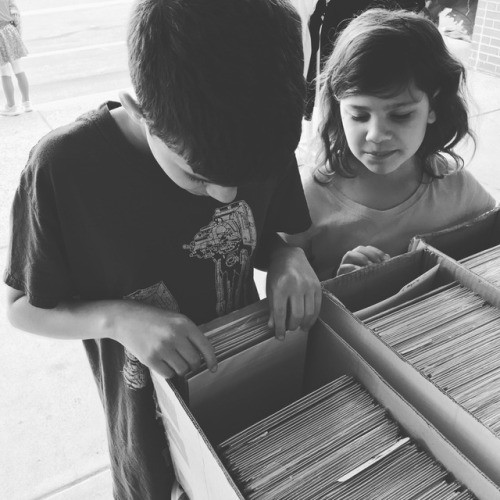 There’s been a long history of collaborations between IDW and Disney. Several classic Marvel stories have been presented in IDW’s Artist’s Edition series, and IDW has been publishing the all-ages “Star Wars Adventures” comic for almost a year. However, comic sales ain’t what they used to be, and in today’s culture, that’s a surprise to some. In a recent article by the LA Times, the author noticed how the superhero entertainment genre seems to be thriving in movies and on TV — but the comic books are lagging far behind.

Today’s comics sell one-tenth the numbers Marvel expected in the 1960s and 1970s glory days when comic books were cheaper than candy bars and just as easy to find at the nation’s newsstands, corner markets and drugstores.

Now, a new comic book costs $4-$6 and the only shelves they reach are at the 2,500 comic book specialty shops doing business in the U.S. and Canada — and even that number is in decline as stores (among them Meltdown Comics, the Sunset Boulevard landmark of 25 years) lose their leases or downsize to online merchants.

There’s an even steeper challenge: For young consumers, could any comic book ever stack up against video games, smartphones and Pixar films?

All monthly comics by Marvel, DC and other leading publishers reach readers through Maryland-based Diamond Comics Distributors, which reported that in 2017 single-issue sales were down more than 10%, while graphic novels (which reprint the most popular multiple-issue storylines into the “trade paperback” format sold at bookstores) were down more than 9%.

Marvel publisher Dan Buckley admitted in the same LA Times story this week that they weren’t doing that great at reaching kids:

Michael Uslan, who began writing comic books in the 1970s and used that expertise as an executive producer on Tim Burton’s “Batman,” the 1989 hit that launched a new generation of superhero movies. Uslan recalled recently that top Marvel Comics executives treated him to a lavish Manhattan meal after the movie stirred fan interest in all comics and gave Marvel a hefty spike in sales.

“That was the case for years, big superhero movies brought new fans to comics, but it’s not the case now,” Uslan said. “The biggest comic book movies now have little or zero impact on the comics sales. The movies aren’t rescuing the comics; they’re replacing them. So now I really worry about comics. Any entertainment medium that can’t connect with new generations, doesn’t it have one foot in the grave?”

Uslan and most longtime observers agree that on paper, at least, the future of Marvel appears far smaller than its past but that’s not a world view shared by Dan Buckley, the president of publishing for Marvel Entertainment and an industry veteran who responds to the chorus of doomsayers with a survivor’s chuckle.

“I’ve been managing over the demise of the print comic book business since 1991,” Buckley said. “That’s all anyone has talked about — how this is going to end. I find it fascinating that there’s a certain cynicism built into the beast. I’ve been fighting against it for a really long time.”

The truth, he says, is that, “it’s a pretty fabulous business to be in.”

Buckley cites history and experience to back up that opinion. Marvel is a company that has endured bankruptcy, a disastrous debut effort in Hollywood (remember “Howard the Duck” in the 1980s?) and certain death back in the Reagan era when “funny books” lost their best chance to reach youngsters across America. When glossy magazines and retailer priorities pushed comics out of mainstream stores in the 1980s, the industry was saved by devoting itself to the “hobby market,” as Buckley calls it, adding that “the hobby business is a wonderful business to be in too, one we’re thankful for.”

There are few places where kids might even bump into one by accident — Marvel’s monthly issues aren’t sold at Target, Barnes & Noble or even 7-11, where, in recent weeks, you could have found Marvel’s fan-favorite character Deadpool on every Slurpee machine in America but nowhere on the magazine rack. At movie theaters Fox’s “Deadpool 2” is the biggest R-rated film of 2018 — but would his comics sell like popcorn if they were available in the lobby?

Privately, some comics creators say they view themselves as the R&D departments for Disney (which bought Marvel for $9 billion in 2009) and Warner Bros (which owns DC Comics) and judge their content’s value as intellectual property, not as a publishing venture.

Buckley refers to the direct market as the “hobby market,” suggesting that at the highest levels, Marvel feels their comics are more for collectors than for kids.  At the end of the article, we’re reminded of this quote from Buckely over a decade old:

When Marvel got into the digital game back in 2007, a reporter for The Times asked Buckley about the key challenge facing his company. “We don’t have a natural lifestyle interaction point for kids anymore,” he said. Reminded of the quote by the same reporter, Buckley admitted that not much has changed over the past decade. “I was right when I said that and, you know, I’d be right if I said it again.“

This article reminded me of when Buckley bragged a few years ago about how they were reaching a more diverse audience of new comics customers, while admitting that Marvel has never done much consumer research. It was in 2015 in an interview with IVC2 where Buckley said the company had been very “aggressive in trying a lot of diverse product over the last two years,” as part of an initiative spearheaded by recently ousted Editor-in-Chief Axel Alonso.

As Tom DeFalco said to me 20 years ago [doing a Tom DeFalco voice], “You know, Danny, the best research you could do is you print the book, the people buy them, then that’s the book they want to buy.”  We’re in an industry where the cost of investment to create a product is relatively low.  In many ways it’s cheaper just to produce a book and see if it sells than to do a lot of consumer research.  That’s where our medium is very different from television, movies and animation.

We’ve been aggressive in trying a lot of diverse product over the last two years.  I would give huge kudos to Axel Alonzo on that.  He’s been very aggressive in making sure that we have more female lead characters, that we have a more diverse palette of ethnicity in the books, and the thing that’s exciting to see is that the books are selling.

We were assessing it qualitatively just from going to cons, feedback from social media, the old method of letters, emails.  Just through that qualitative data you can sense there’s a diversifying of the readership base. Obviously there’s a great impact from what’s happening in the mass media when people go to the movies and say, “Oh this is for me, too.”  You’ve been to cons, and you can see a definite shift in the demographic deliverance there too.

In the past, we could hold onto books that were critical darlings [but not top sellers] and move them along.  Runaways was a great example of that.  We’re not holding on to critical darlings right now.  Ms. Marvel is a legitimate top-selling title for us in all channels.  And the Lady Thor book (for lack of a better term, I’ll use the moniker) is a top-selling book for us.  Part of it is Thor fans checking it out, but a lot of women came in to check it out, and say, “What is this story?  I want to take part in it.”

Miles [Morales] has been a legitimate hit for us with Ultimate Spider-Man.  Success begets more versions of these things that will beget more success and we’re very excited about it, because the more we can broaden our base, the better it is for this form of storytelling and our business as a whole.

The response from Alonso and the company was more female lead characters and “a more diverse palette of ethnicity in the books,” and according to Buckley, “the books are selling.” We saw how that ended up, and Alonso was let go and replaced by CB Cebulski. Now Cebulski’s and Disney’s bright idea is to use the IP’s that Marvel has farmed for them, and take them to IDW where other Disney kids comics have done well enough to warrant this latest move. 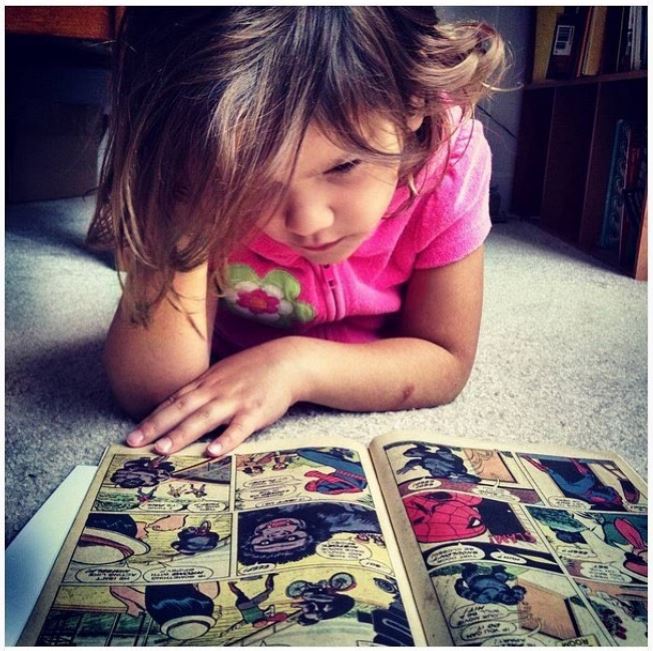 IDW Publishing and Marvel Comics have reached an agreement to publish all-ages comics starring Marvel’s characters. These series will be the latest to star Marvel characters at IDW, following Big Hero 6, which is currently set to start in August.The new titles will start in November with a Spider-Man series featuring Peter Parker and Miles Morales, followed by an Avengers comic in December, and a Black Panther comic in January. No creative teams for the titles were announced.

Here is their press release:

Marvel Entertainment and IDW Publishing announced today that the two companies will develop middle-grade comic books designed for younger readers. Featuring some of Marvel’s most popular characters, the monthly issues and trade paperback collections, published by IDW, will be available for sale at local comic book shops and book retailers across the country, expanding opportunities for the next generation of Super Heroes to experience the Marvel Universe.

“From Iron Man to Captain Marvel, from the Hulk to Shuri — the Marvel pantheon has something for everyone,” says John Barber, editor-in-chief of IDW. “With this team-up, Marvel and IDW aim to bring exciting, all-new comics to a generation growing up in a Marvel world.”

Launching in November 2018, the Marvel and IDW collaboration will kick off with a Spider-Man series featuring both Peter Parker and Miles Morales, followed by an Avengers series beginning in December and a Black Panther series in January 2019. Each of these titles will serve as an easily-accessible jumping-on point for younger readers to follow the adventures of their favorite characters.

“Marvel is excited to work with IDW to share these brand-new stories with our younger fans,” said C.B. Cebulski, editor-in-chief of Marvel. “Characters like Spider-Man, Black Panther, and the Avengers inspire us through their strength and determination, but they resonate with readers because of the struggles they face and the challenges they overcome. We want to share their journeys with our younger fans first-hand.”

“Marvel is committed to delivering unique and accessible content for our younger audiences and fans,” said Sven Larsen, director, licensed publishing of Marvel. “As one of our most valued partners, IDW is the right fit to help us feature some of our most popular characters and publish stories created especially for the next generation of Super Heroes.”

“This partnership reflects the true spirit of collaboration at work,” said Greg Goldstein, president and publisher of IDW. “As comic book publishers, IDW and Marvel are able to produce high-quality visual storytelling experiences for fans both young and old. By combining our efforts, along with Marvel’s ever-increasing presence in popular culture, the results will be spectacular.” 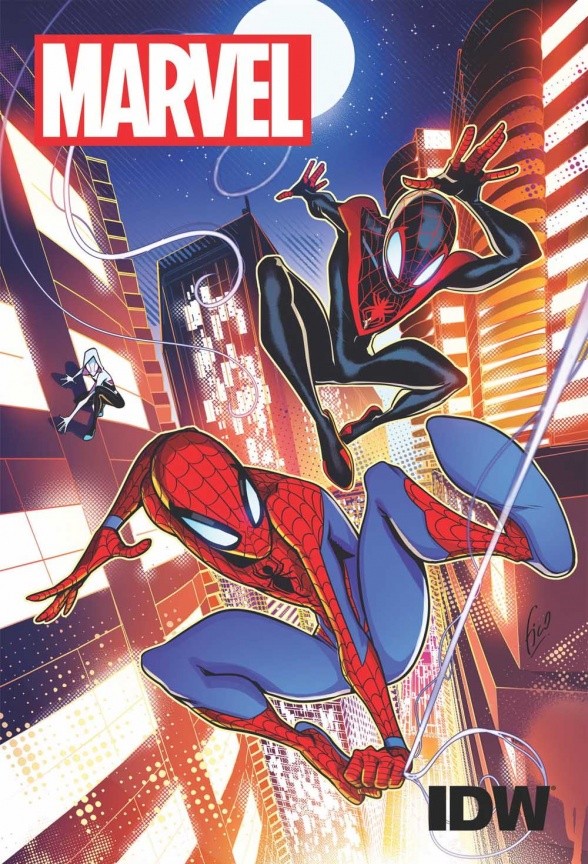