Disney & Dynamite are Bringing Back the Gargoyles 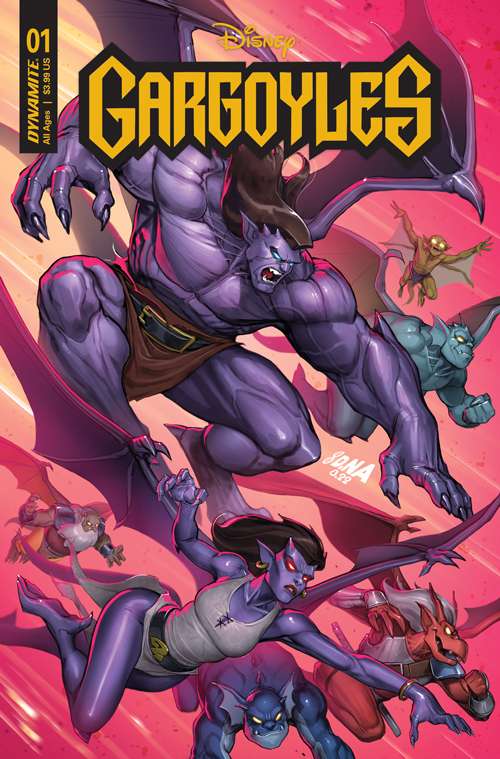 Disney’s beloved Gargoyles are returning to comics once more this December as the perfect holiday season gift to fans all over, and to kick right into the new year. Creator and preeminent driver of the characters Greg Weisman (Young Justice) returns to chronicle the latest adventures of everyone’s favorite nocturnal New York City protectors.

“I literally can’t articulate how thrilled I am to be writing Gargoyles stories again, both for returning fans and newcomers,” said Greg Weisman. “It’s just a joy to be exploring a world populated by Goliath, the entire Manhattan Clan, all their friends, and every single one of their enemies. I’ve been wanting to get back to these characters for some time now and having this opportunity rocks! (Pun intended).”

Announced to great reception alongside San Diego Comic Con, the Gargoyles are back in action in their nightly New York City heroics in a new series this December. This new saga will be both perfect for newcomers to jump right into, and immensely rewarding for longtime diehard fans. More details on the storyline and creative team of the series is coming soon, but all parties involved wanted to shine a spotlight on these stunning pieces of art and the names behind them set to grace the covers.

Debuting with its first issue December 7, fans new and old can tune into Gargoyles stories on the comic book page that are fully in continuity with the acclaimed classic television series. One thousand years ago, superstition and the sword ruled in the old world and the “Age of Gargoyles.” By day, these beings were solid stone, but came alive at night as powerful warriors. At least until they were betrayed by the humans they had sworn to protect – frozen in stone by a spell for a thousand years. Until today in modern Manhattan, they have risen again to become Defenders of the Night!