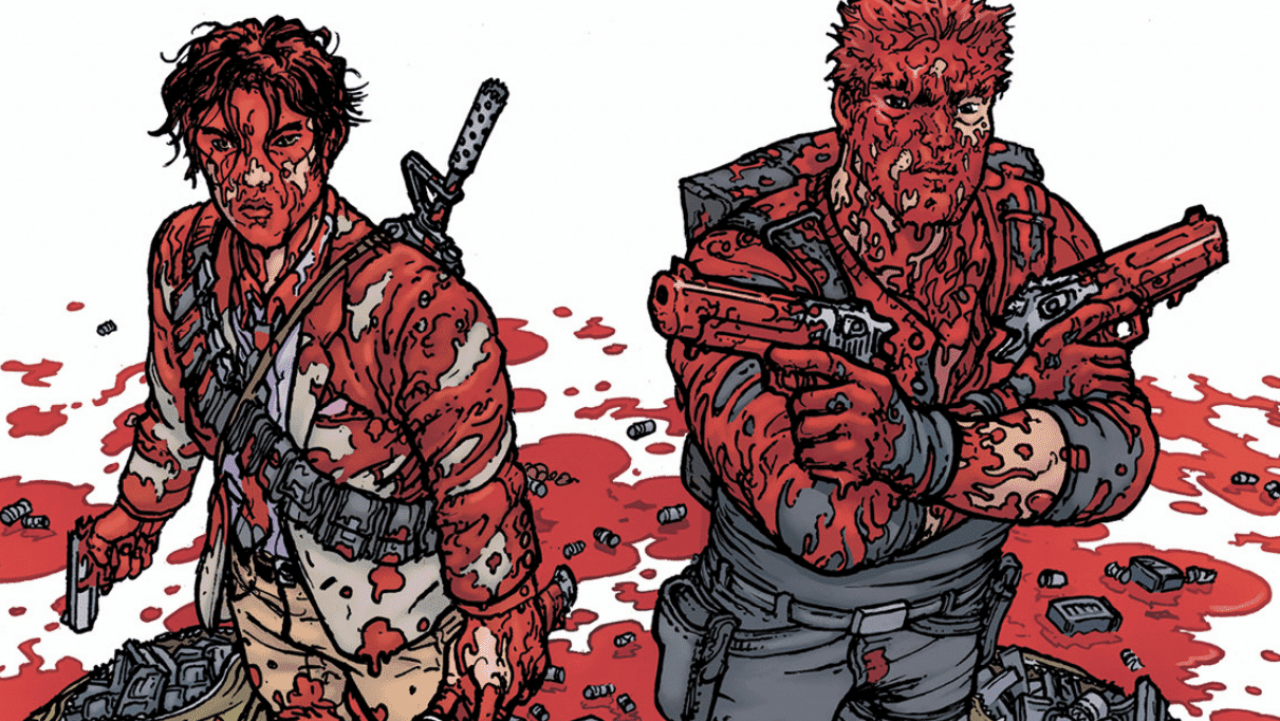 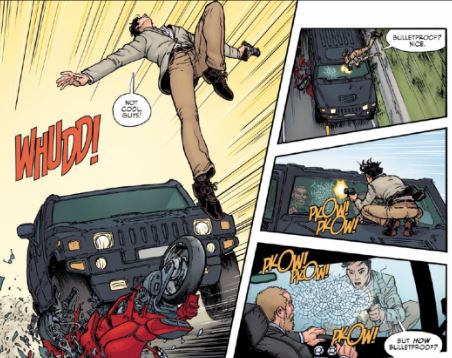 “We want to make going to a comic shop exciting again—a place for discovery! The internet has drained all surprise and anticipation from comics. Everyone hears about exciting new projects and then has to wait months or years for it to be in their hands… and half the time at the end of that buildup, the stories get spoiled in some lame attempt at getting wider media attention,” Kirkman dissed. “So, surprise! Here’s a new monthly series. How cool is that?! This is literally the only way I can be like Beyoncé.” 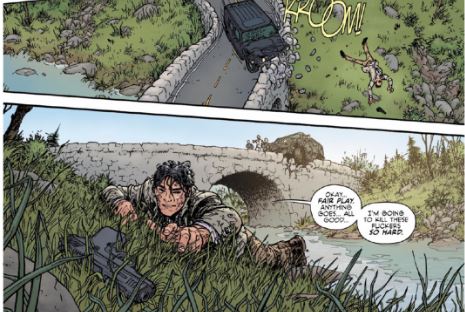 Gimple added: “I spend most of my time working in TV, the big Walking Dead programs keep me plenty busy, but I’ve had a burning passion for comics since I was nine. I used to go to panels to see Robert Kirkman talk. And now he’s writing quotes in a press release as me that I can read over and tweak!” 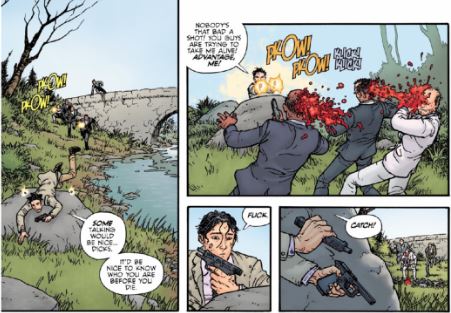 DIE!DIE!DIE! promises to be a blood-soaked, no holds barred, action-packed, irreverent story that fans won’t be able to rip their eyes from. We live in an evil world where evil people do evil stuff all the time and DIE!DIE!DIE! lifts the veil on a secret cabal within the United States government that influences world matters through targeted assassination. The world around us is manipulated right under our noses, mostly for the better… but sometimes for individual gain, and sometimes for the fun of it. 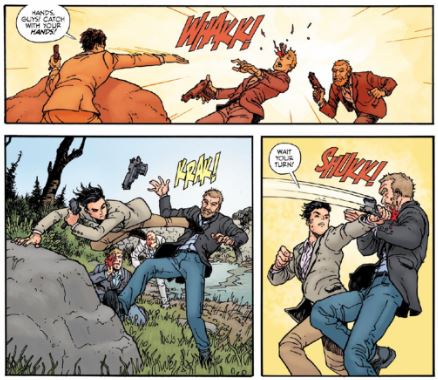 “We cooked up all sorts of great action sequences and horrific gross-out gags for this book,” said Burnham. “Maybe we should have called it Puke!Puke!Puke!”

So if you’re hurting people, somehow making the world worse than it already is, or even just standing in the way of something good happening… someone could right now be giving the order for you to… DIE!DIE!DIE! 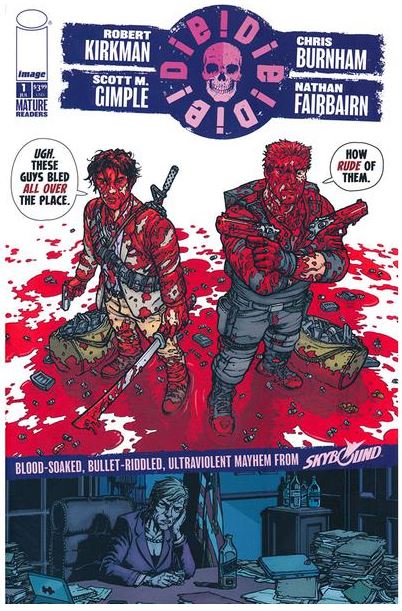 At our local LCS, Forbidden Planet, copies of Die!Die!Die! are being given out for free to any customers who are already subscribing to Robert Kirkman and Lorenzo De Felici’s Oblivion Song instore or mail-order. Everyone else will be paying cover price ($3.99 US / £3.35 UK).

DIE!DIE!DIE! #1 is now available in stores. Don’t miss it!