Atlas At War! collects fifty hard-hitting stories from Atlas Comics, the company that became Marvel Comics and published more war titles than anyone in the industry between 1951 and 1960. Comics historian Dr. Michael J. Vassallo has chosen the best of the best, many of which are coming back into print for the first time, from sixteen different Atlas war titles and featuring the artwork of twenty different artists—giants of the genre, including Russ Heath, John Severin, Bernie Krigstein, Joe Maneely, Jerry Robinson, Steve Ditko, and Jack Kirby. Each page has been meticulously restored from its first printing by comic art restorer Allan Harvey. 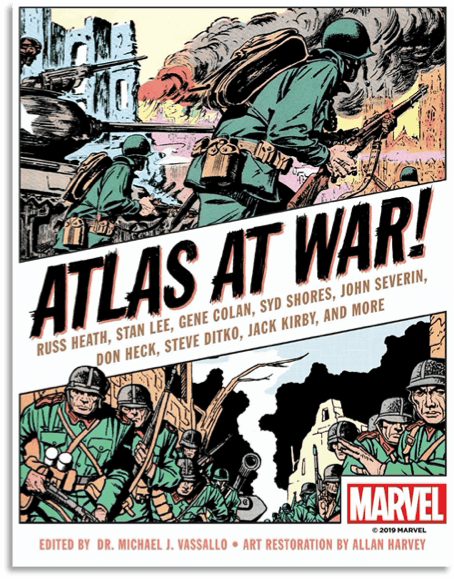 Atlas at War! covers the brutal pre-code period where graphic depictions of war action were rendered by artists who were World War II veterans themselves, as well as the post-code period, where code restrictions forced creators to tell stories without graphic violence but produced some of the most beautiful comic art of the genre. In addition to the artists, stories cover all aspects of war—from famous campaigns, weaponry, and personal soldier stories to political topics, Nazi atrocities, and even one story tinged with pre-code horror! Often overlooked in favor of its competitors, Atlas at War! will finally show that Atlas’ war titles were second to no one. 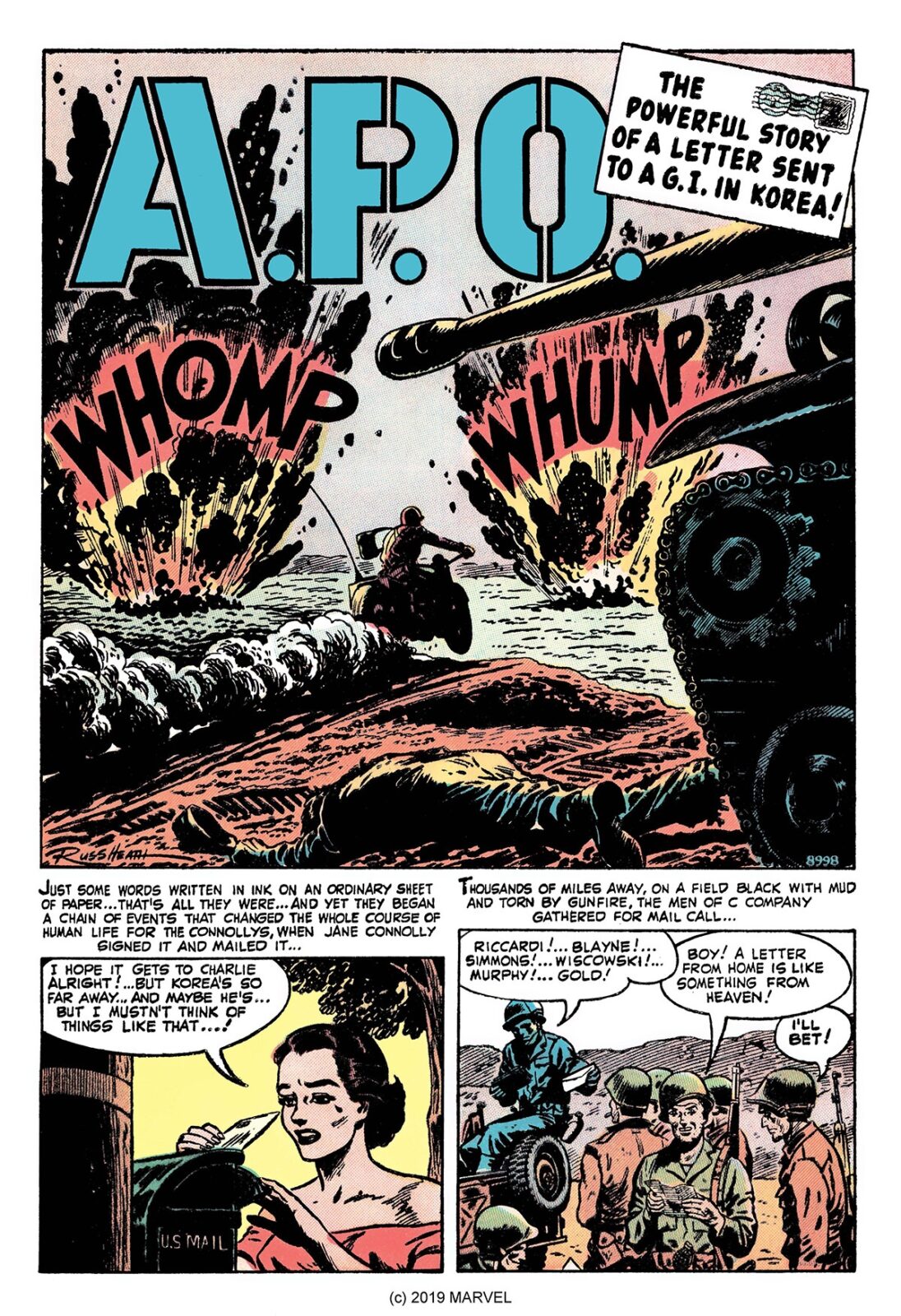