To celebrate a milestone in the Scarlet Speedster’s comic book run, in February 2020 DC is publishing a momentous 750th issue of The Flash with a cover by series artist Howard Porter and packed with all-new stories from across the generations and multiverses of super-speedsters. The 80-page prestige format issue debuts February 26, 2020, featuring an all-star array of top writers and artists in the Flash’s recent history. 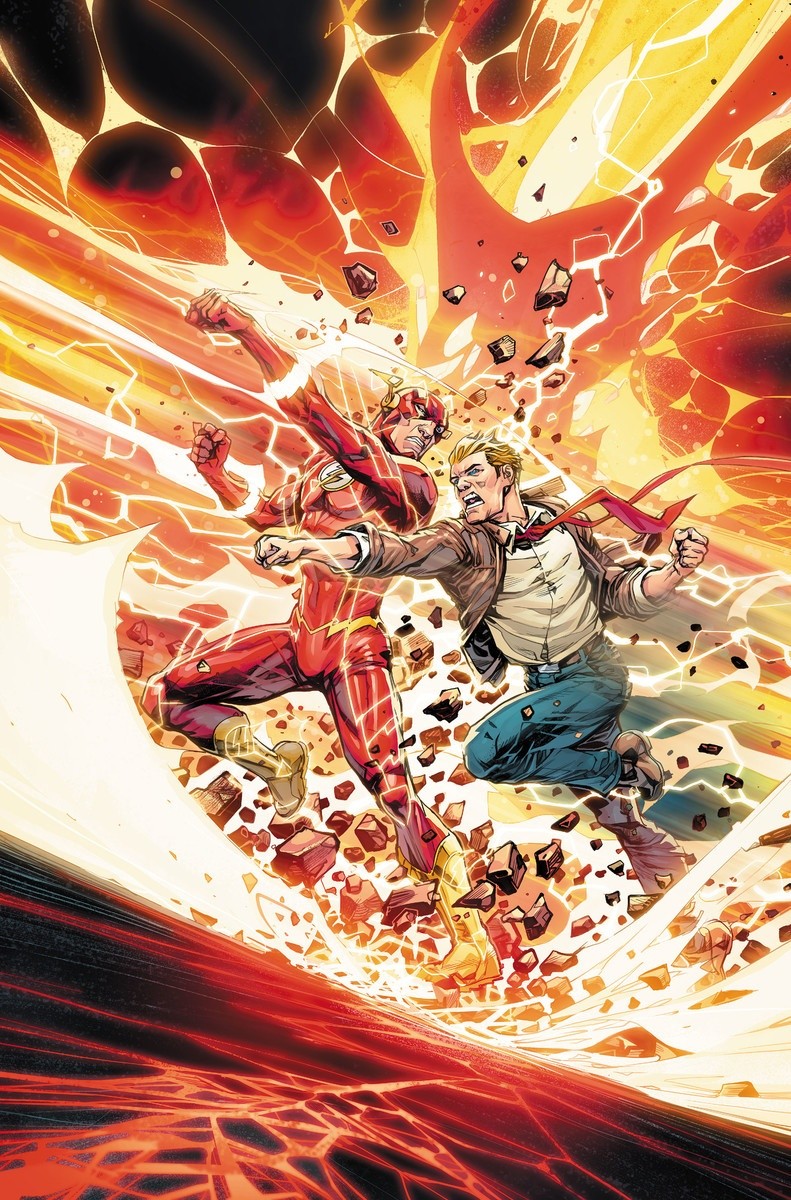 This landmark issue of The Flash is highlighted by an original story, “The Flash Age,” that kicks off a new arc for series writer Joshua Williamson and artists Rafa Sandoval and Jordi Tarragona. Barry Allen’s life is being torn apart by a supercharged Speed Force as the story Williamson’s been building toward since issue #50 comes to a head when a new threat appears on the horizon: the deadly Paradox. Destined to destroy the Flash’s legacy, Paradox sends his herald, Godspeed, to trap the Flash family!

“The Flash is one of my favorite DC characters,” says Williamson, “so it’s an honor to work on The Flash #750 with so many returning Flash legends! It’s a showcase of awesome talent, each telling a story that celebrates what we love about the Flash and the Flash family. And what a perfect place to kick off our next epic storyline “The Flash Age!” 2020 is going to be a big year for The Flash. It all starts in this massive issue.”

DC Comics Seems More About Villainy than Heroism these Days
Dan Lin Will NOT Take Control of the DCEU for Warner Bros. After All
The Great DC Reset: Why Zaslav Must Examine DC Comics' Editorial
DC Comics Returns to the 90's Well in November with WildC.A.T.s
Warner Bros. Discovery Delays both Aquaman 2 and Shazam! 2; Here's Why
Get Woke Go Broke: Diagnosing the Collapse of The CW Network
"I'm Sorry" Ezra Miller Tries Excusing Crime Spree on Mental Issues