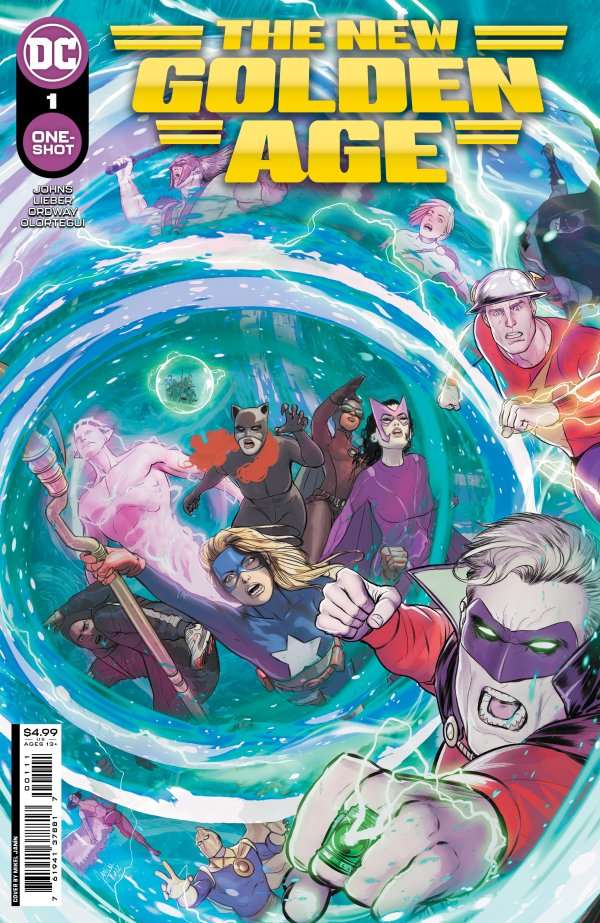 DC Comics has released a trailer for the one-shot The New Golden Age #1, and delves into how it launches new titles for the Justice Society of America and Stargirl.

The trailer is narrated by The New Golden Age writer Geoff Johns, and shows artwork from Johns’ upcoming Justice Society of America series and Stargirl: The Lost Children miniseries. “New Golden Age is about DC’s past, present and future,” Johns says to open the trailer, promising a storyline that stretches from the 1940s all the way through the 31st century. Panels and artwork in the trailer tease 13 characters being reintegrated with the timeline, a female Doctor Fate and young, Alan Scott-like Green Lantern, a new villain called the “Childminder” and more.

Written by Johns, The New Golden Age #1 is set to release on Nov. 8, featuring interior artwork by Jerry Ordway, Steve Lieber and Diego Olortegui, with main cover art by Mikel Janín. Johns brings up how at the end of Flashpoint Beyond #6, readers learn about 13 Golden Age characters that have returned to the main DC timeline. “Rip Hunter pulled 13 characters out of history, essentially out of the Golden Age, for some reason we don’t know yet, and those 13 heroes are being put back into history.”

The next title to release after The New Golden Age is the first issue of Stargirl: The Lost Children on Nov. 15, written by Johns and illustrated by Todd Nauck.

Johns’ Justice Society of America series drawn by Mikel Janín launches on Nov. 29. “This is every character that’s ever been connected to the JSA,” Johns says of the ongoing. “This is a story that weaves between everyone and takes on what the legacy of the JSA really means, because really there’s a force here that’s trying to not just tackle the team now, but destroy it through all eras.”