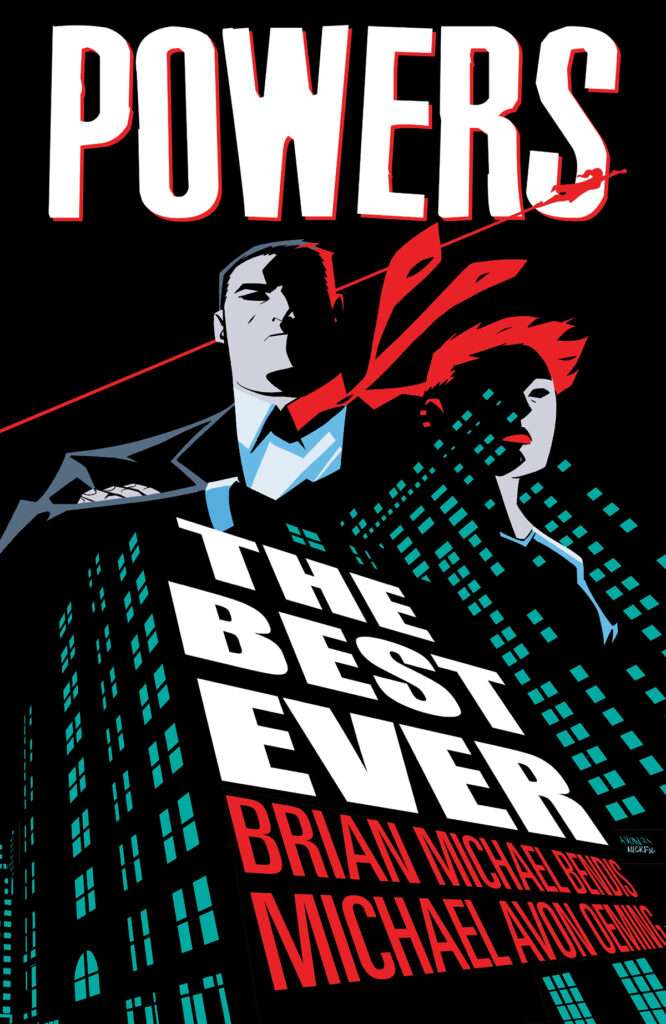 Award-winning and bestselling author, Brian Michael Bendis, brings his acclaimed line of creator-owned titles, Jinxworld, to Dark Horse Comics. In celebration of this new partnership, which includes existing collected works and MANY new projects, Jinxworld and Dark Horse are thrilled to announce the debut of the fiercely ambitious science-fiction odyssey: Joy Operations coming to comic shops in November.

“I am so proud to call Dark Horse Comics home! From Dark Horse Presents all the way up to Black Hammer, Dark Horse has been at the forefront of the kind of creator-owned comics I personally adore and aspire to. This partnership has been brewing for a very long time,” says Brian Michael Bendis on bringing Jinxworld to Dark Horse. “Mike Richardson, Daniel Chabon, and everyone else at Dark Horse has welcomed us with open arms and it’s very exciting to start rolling out our brand-new epics like Joy Operations and reintroduce you to some of our classic Jinxworld titles like Powers, Torso, and Jinx. Any of my friends will tell you I wished those books were published by Dark Horse back when we first made them. To the future!” 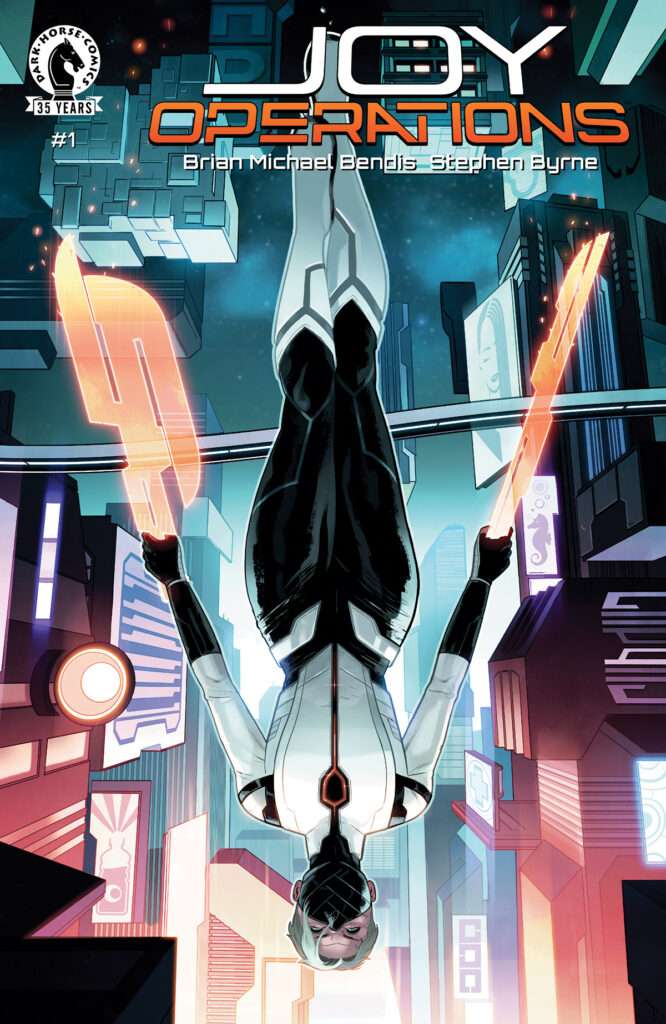 In addition to the launch of Joy Operations, over the next few months Dark Horse will be publishing all new chapters of the critically-acclaimed yakuza epic Pearl with Jessica Jones co-creator Michael Gaydos, the three-time Eisner nominated spy thriller Cover with Dark Horse favorite David Mack, an all-new saga in the Murder Inc. series by Powers creators Michael Avon Oeming and Taki Soma, plus upcoming unannounced projects by Alex Maleev, Jacob Edgar, and plenty of surprises. All this plus new editions of many Jinxworld titles including Powers, Torso, Scarlet, and more starting with the critically acclaimed Pearl volumes 1 and 2, with brand new covers by series co-creator Michael Gaydos! AND a new printing of the brand-new sold-out Powers: The Best Ever graphic novel. 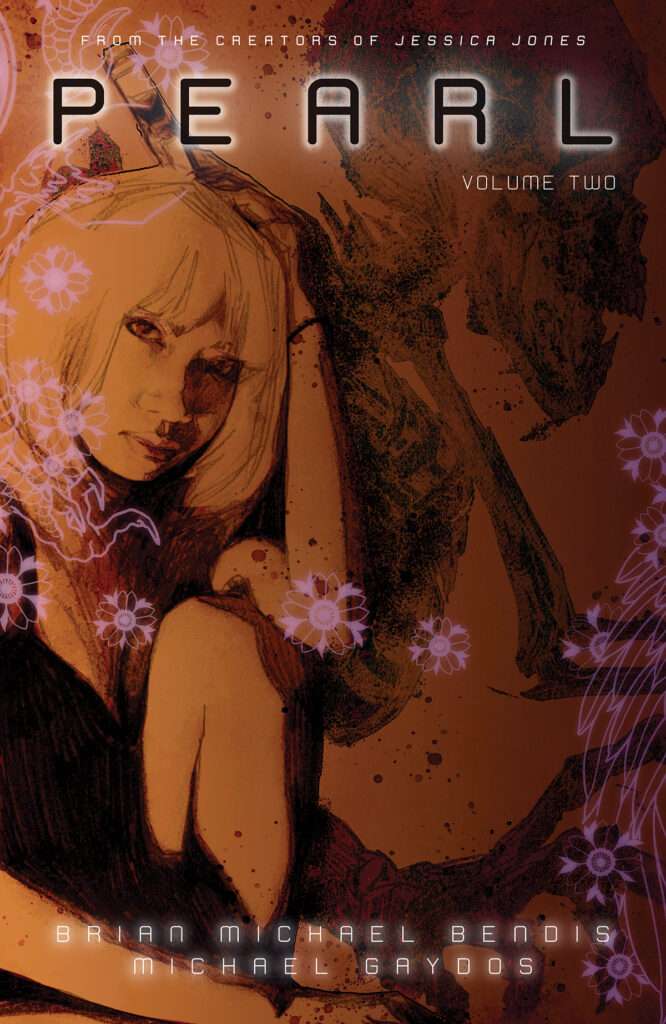 “Brian Bendis is one of the comic industry’s premier talents and we are so excited to welcome him here to Dark Horse,” Dark Horse Comics President and Founder, Mike Richardson said. “As Brian can confirm, I’ve been chasing him for a very long time. Not only will Brian be bringing new stories here for his many fans, but we will be re-releasing new editions of his existing work for a whole new generation of readers.” 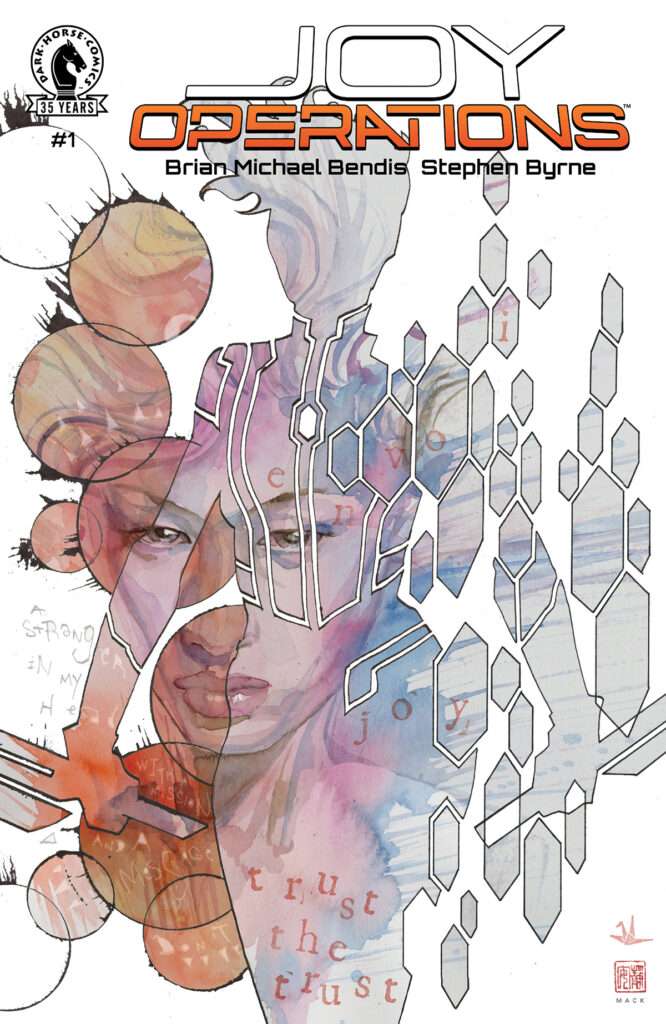 Fifty-five years from now. Joy is an EN.VOI. A special agent of one of the JONANDO TRUST. Trusts are corporate-owned cities that are the centerpiece of modern society. She rights wrongs for the trust. She is excellent, hard on herself, and driven. Almost a legendary figure in some parts. Until one day a voice pops in her head trying to get her to betray everything she has ever believed.

This meticulously-designed Akira meets Inception journey shows us a new future like only comics can. Joy Operations #1 will also feature a variant cover by David Mack, as well as an exclusive look behind-the-scenes and a look forward to other, brand-new Jinxworld projects coming exclusively to Dark Horse. 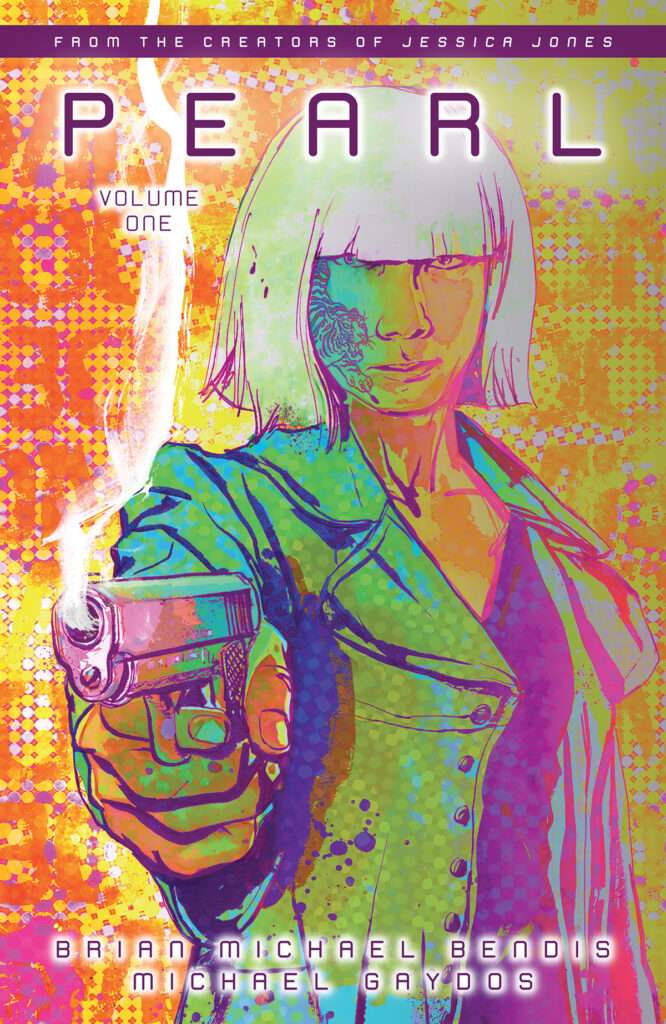 Dark Horse’s Jinxworld editor, Daniel Chabon, had this to say: “I am so happy to be working with Brian, Alisa, and their roster of insanely talented co-creators on these upcoming Jinxworld stories. We have some really amazing books in the works right now and I can’t wait for folks to see what we have in store from them and Dark Horse’s expanding creator-owned universe.”