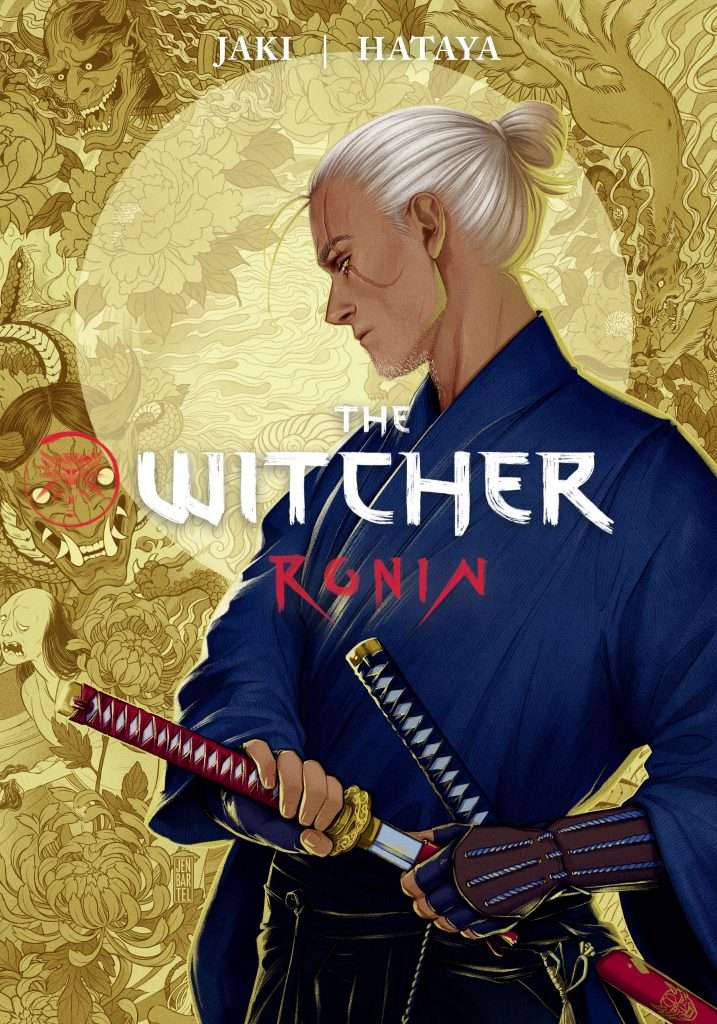 Dark Horse Comics and CD PROJEKT RED present a new story in The Witcher universe based on the rich traditions of Japanese folklore. In The Witcher: Ronin, the role of a witcher is just as essential—as dangerous spirits and demons are constantly on the prowl. Concept and story written by CD PROJEKT RED’s Rafał Jaki, illustrated by manga artist Hataya, and lettered by Aditya Bidikar, The Witcher: Ronin sees Geralt trail the mythical Lady of Snow in this original manga set in an ancient-Japanese-inspired world!

In this world inspired by Edo-period Japan, Geralt is faced with difficult moral choices while battling a variety of yōkai and oni, creatures inspired by Japanese myths. Each encounter drops a clue in his desperate search for a mysterious apparition known as the Lady of Snow, yuki onna, for she is the key to the one Geralt seeks, but finding her won’t be easy . . .

The Witcher: Ronin trade paperback collects the main story arc of the successfully Kickstarted manga from CD PROJEKT RED and sports a new cover by Jen Bartel. It will be in comic shops October 19, 2022 and in bookstores November 1, 2022.