Chris Braly
|
It was announced back in January that after ten years and almost 200 issues of the Amazing Spider-Man, writer and frequent Twitter warrior, Dan Slott is finally moving on, leaving the book with issue #801 which hits shelves this June. Marvel also announced at the time that he would be taking over the writing chores of another major hero in the Marvel universe: Tony Stark as Iron Man. This news was followed by another seismic event. After years of his white knighting for every liberal cause on social media, and occasionally donning a sock puppet identity to stalk his critics, in March it appeared that Slott was finally giving up his Twitter account and would be focusing solely on his work related writing, as opposed to the 160/280 character quips he’d become ‘internet famous’ for. 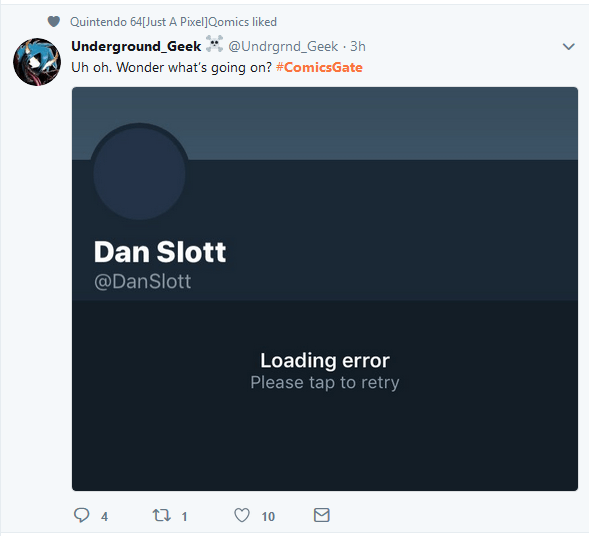 This gave many fans hope. Personally, I don’t think Dan Slott has written anything very interesting since his Superior Spider-Man run. Everything after that just seemed kind of ‘meh’. Before that, his best work (imo) was on She-Hulk. And while many heralded his critically acclaimed (but poorly selling) run on Silver Surfer with Mike Allred, that book was cancelled after posting below average sales. Many fans wondered how long Marvel was going to let him keep working on Spider-Man, in spite of its consistently dropping sales numbers.

Then in January, the news that Dan Slott was going to take over Iron Man and conclude his historic run gave some pause. Many were glad to see Tony get back into the armor. Some speculated that this could be happening because Dan had turned over new leaf and was being shifted to another book to give readers a fresh change after his social media antics had pissed off so many fans. However, his recent interview from CBR, clearly shows it was otherwise. Notice how and when it turns out Slott was actually selected as the writer for Iron Man:

CBR: You’re moving from Amazing Spider-Man to Tony Stark: Iron Man and it doesn’t seem like it’s going to be that big of a transition for a number of reasons. One is that you clearly love both characters. Another is we’ve already seen some of the classic elements of Iron Man given a Peter Parker spin during your run on Amazing Spider-Man. Did you know you would eventually be writing Iron Man when you kicked off that era of Spider-Man?

Dan Slott: I didn’t have a clue in the world that I was going to go from Spider-Man to Iron Man. [Laughs] Once editorial told me that Brian was leaving for DC Comics, the first thing I said was, “That’s a shame were losing him. I wish him well at DC.” Then the next thing I said was, “I WANT IRON MAN!” I was the first vulture to pick at that carcass. [Laughs]

They asked, “What would your take be on Iron Man?” I was like, “Cutting edge technology, Robert Downey Jr. in the armor. Except we’re telling stories out of Black Mirror.” They went, “DONE! It’s yours.”

Axel Alonso approved that. I was sad to see him go, but I was happy to see C.B. Cebulski come in. C.B. hadn’t heard about the Black Mirror-style pitch. So that gave me the freedom to go, “Okay, it’s Robert Downey Jr. starring sometimes in Black Mirror and sometimes in Rick and Morty.” So anything in the zone between Black Mirror and Rick and Morty is fair game. High concept sci-fi, but that pendulum can swing many ways: fun, broad, dark, disturbing — and sometimes all four.

It turns out this was one of Axel Alonso’s last decisions before he was to replaced by Cebulski as Editor in Chief. It turns out that this wasn’t a new or recent idea. This move was decided as far back as at least early November 2017, and under the old boss, which is when it was announced that Brian Michael Bendis would be heading to DC Comics and ending his Iron Man run. Bendis’ departure followed the final issue of Slott’s Silver Surfer run, which came out the last week of October 2017. So this has been in the works for a while now. It’s looking like the best two things about this Iron Man relaunch appear to be that Tony Stark is back in the suit and the book will feature artist Valerio Schiti – who is an excellent artist. 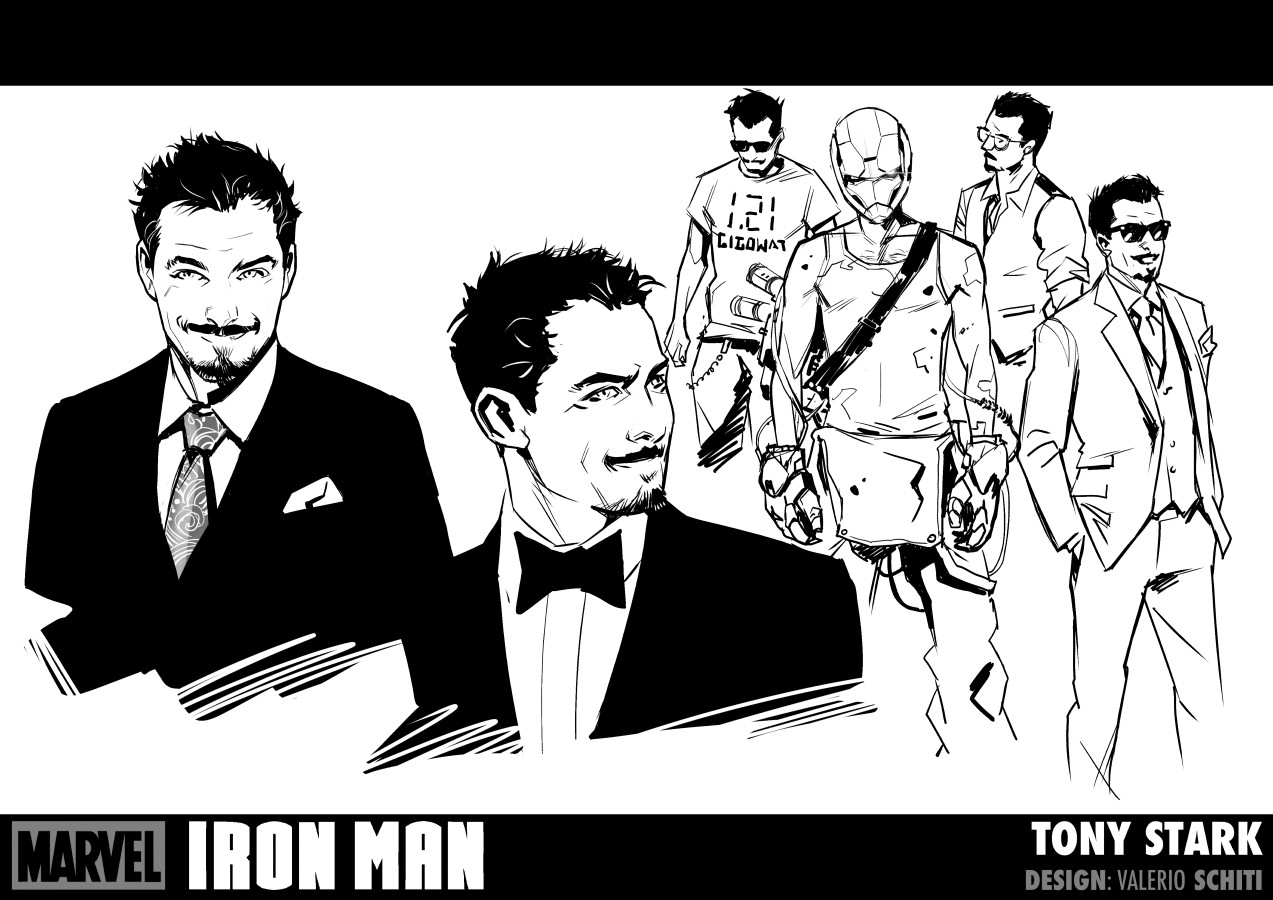 With the January announcement Iron Man and his deactivated Twitter account, many held out new hope for the writer, and more so for their beloved wallcrawler since Marvel would be putting some fresh blood on the title. That hope was quickly dashed when C.B.Cebulski (Marvel’s EIC) announced the new writer would be none other than Nick “Nazi Cap” Spencer taking over the writing chores. This July, Marvel is relaunching Amazing Spider-Man with a new #1 issue (of course) being written by Nick Spencer (Secret Empire), and art chores by Ryan Ottley (Invincible), inks by Cliff Rathburn and colors by Laura Martin. While most people are excited about the artist, Ryan Ottley, many are concerned about Nick’s take and the new direction the book is headed. After many fans feel Spencer ruined Captain America with his Secret Empire series, and the lead-up, by heavily politicizing the series with an anti-conservative bent, fans are understandably hesitant to get too excited about a new series with Spencer at the helm. And if you think Dan Slott’s social media persona was bad, Nick Spencer’s was downright toxic. In fact, he deleted his Twitter account several months before Dan Slott even did.

Personally, I think if Spencer can keep his politics out of Spider-man and stick to the formula that he deftly used on his The Superior Foes of Spider-Man run, it could be a hoot. And again, in spite of the questionable actions of the writer, the artist on this run is excellent. Ryan Ottley was made for Spider-Man. 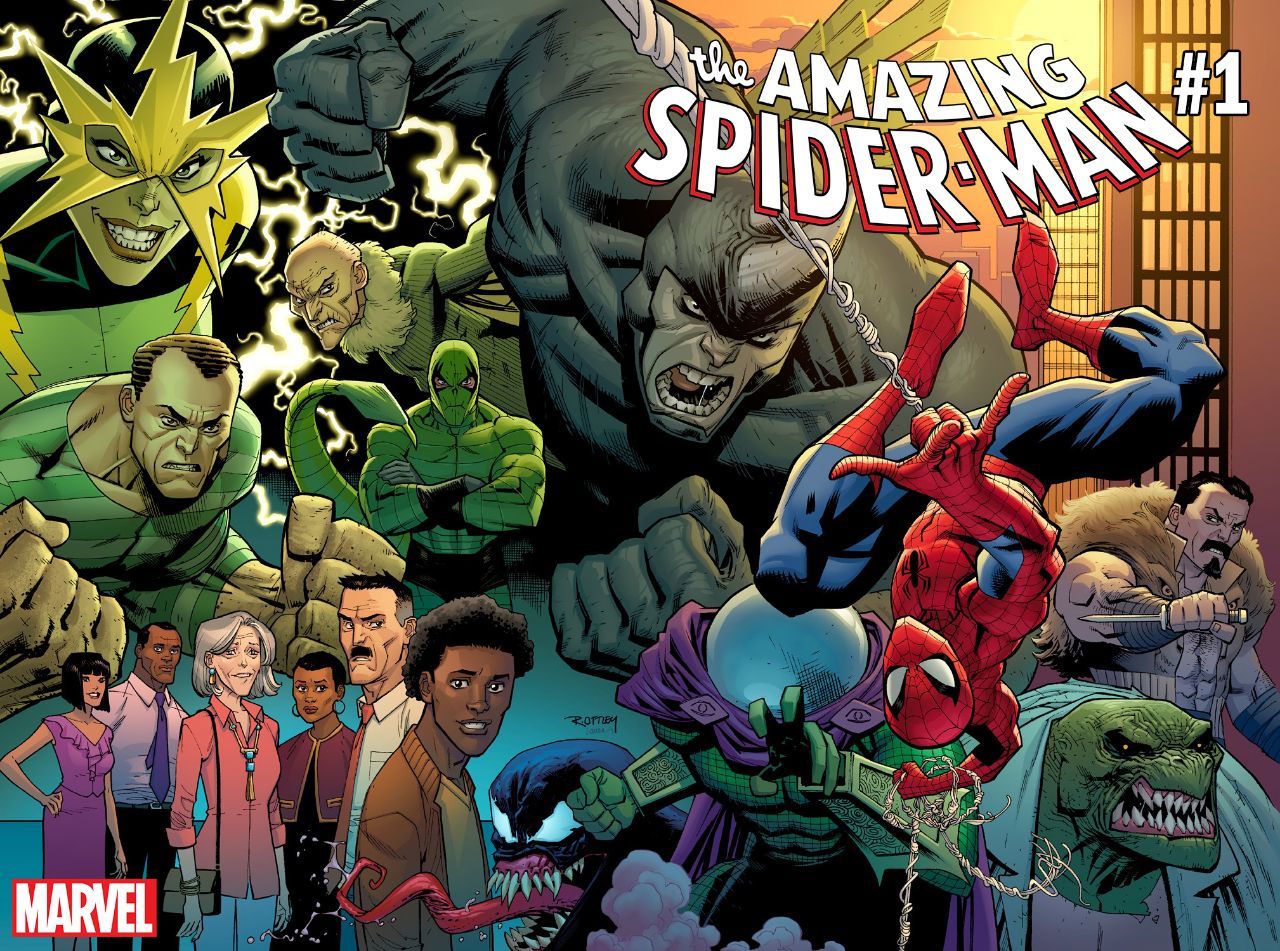 And in a recent interview with Comicbook.com, Spencer may have alleviated the fears of many of those anxious Peter Parker fans:

“When you get excited to write Spider-Man, it’s because you’re also excited to write Jonah and Aunt May and MJ and Black Cat,” he admitted. “You know, just there’s so many incredible characters in this orbit, so getting to play with that cast, getting to make them a big part of our story is key. And I can say pretty much all of your favorites will be making an appearance at some point.”

“We’re gonna tell a really fun, funny, human character-driven story here,” Spencer said. “But a key part of it is also what Peter’s role in the Marvel universe is, and what the Marvel universe looks like from his vantage point. That’s always fun. Because he is the every man character, because he is the working class hero. You know when he’s next to those other Marvel heroes, he really stands out. It really helps make what’s unique about the character strength.”

So back to Dan Slott, and present day. With this latest announcement by C.B.Cebulski, fans of Marvel’s first family are also surprised. Iron Man is one thing, but this was a whole other concern:

Did you watch that video announcement? You heard right folks. Slott is now taking over “Marvel’s First Family” relaunch. Ever since the ending of Secret Wars (2016), Reed and Sue Richards removed themselves to a farthest depths of the universe where they could help rebuild it after the Beyonders and Dr. Doom nearly destroyed it all. While Johnny Storm and Ben Grimm have carried the Fantastic Four’s legacy by themselves in the Marvel Two-In-One series by Chip Zdarsky and Jim Cheung (which will continue alongside the relaunched Fantastic Four title), all four will be back in the own series after a very long hiatus.

One possible reason for the Fantastic Four’s much-anticipated return is Disney’s purchase of Fox, which would pave the way to bring the Fantastic Four back under the Marvel Studios umbrella alongside the Avengers and the rest of the big-screen MCU heroes. Rich Johnson has repeatedly rumor-mongered that Marvel originally cancelled Fantastic Four due to Fox’s hold on the movie rights. Those rumors have never been substantiated. 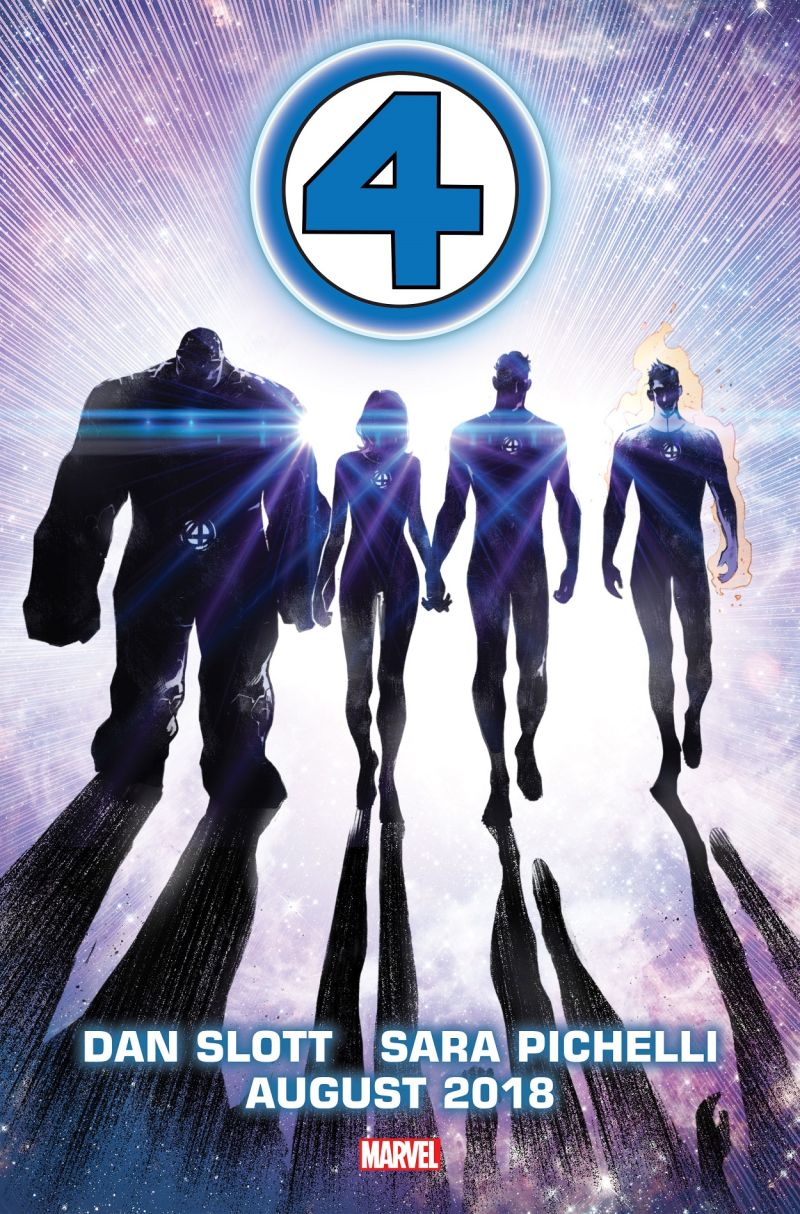 While the news of the Fantastic Four’s return is welcome, the decision to assign Slott as the writer seems almost trolling to many fans. After finally getting his secret wish to write Iron Man after years of essentially writing Iron Man stories in Amazing Spider-Man, now he also gets the relaunch of the First Family of Marvel? Here’s to hoping it isn’t just a rehash of the Hickman run, or more simply put, that it’s not “The Adventures of Val Richards, Girl Genius and Her Wacky Family!” Perhaps Sara Pichelli’s role on art chores will make this exceptional. Her talent is breathtaking to behold and she will be a worthy addition to this creative team. In fact, all three of the titles announced in this column have exceptional artists, it’s just the writers who are a concern. Hmmm…

At the very worst, Dan Slott can seek out online fights with Iron Man fanboys as opposed to the Spider-Fanboys. At best, he’ll show the promise he did way back when he first wrote some FF for Marvel in 1993’s What If…? #52, Slott (with artists Manny Galan and Mark Stegbauer) told a very cool story in ‘What if Doctor Doom became Sorcerer Supreme’? I’ll give him a shot, but more because I love the FF, and I know that Slott absolutely loves his comics history. Here’s hoping Dan Slott doesn’t screw it up and that he will create a seminal run like we haven’t seen since John Byrne was on the title.

The new Fantastic Four series is set to launch this August. 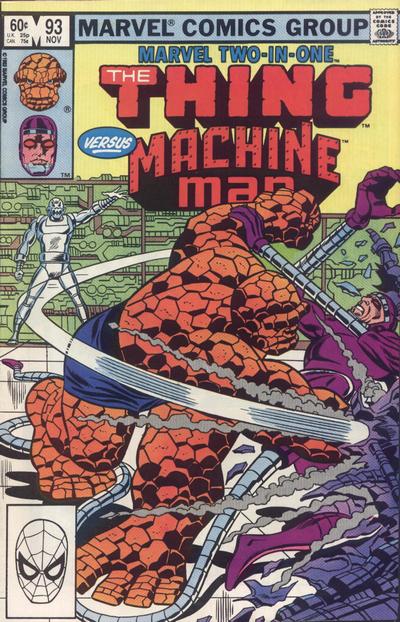 BONUS: Free idea for you C.B. (we know you’re a regular reader), after Slott’s run eventually ends, move Chip Zdarsky to the main FF title and turn Marvel Two-In-One into an anthology series of one-shots starring team-ups that we rarely get to see – exactly like the series functioned during the bronze age. It would make it a great impulse purchase for casual fan, should be all-ages, and could also be a way to introduce and try out new characters. Maybe even alternate between Human Torch pairings and The Thing pairings, and never go more than two issue arcs. ‘Nuff said.