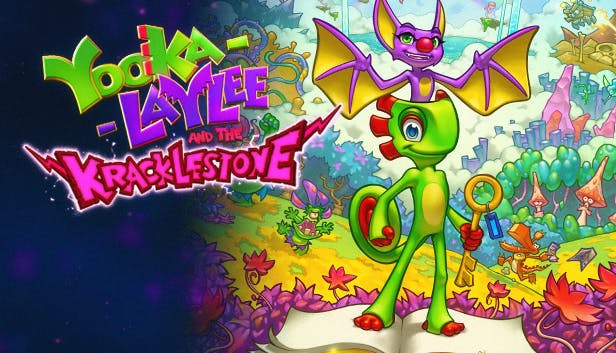 Yooka-Laylee was created by many former Rare developers to create a spiritual successor to the classic collecta-a-thon game Banjo-Kazooie! And it smashed its campaign! The end result was mixed (I enjoyed it) but it was able to create a spin-off, Yooka-Laylee and the Impossible Lair (a throwback to Donkey Kong Country, another Rare classic). And now the people behind the games decided to make a graphic novel about the crazy duo! And it feels like a Saturday morning cartoon in comic form! 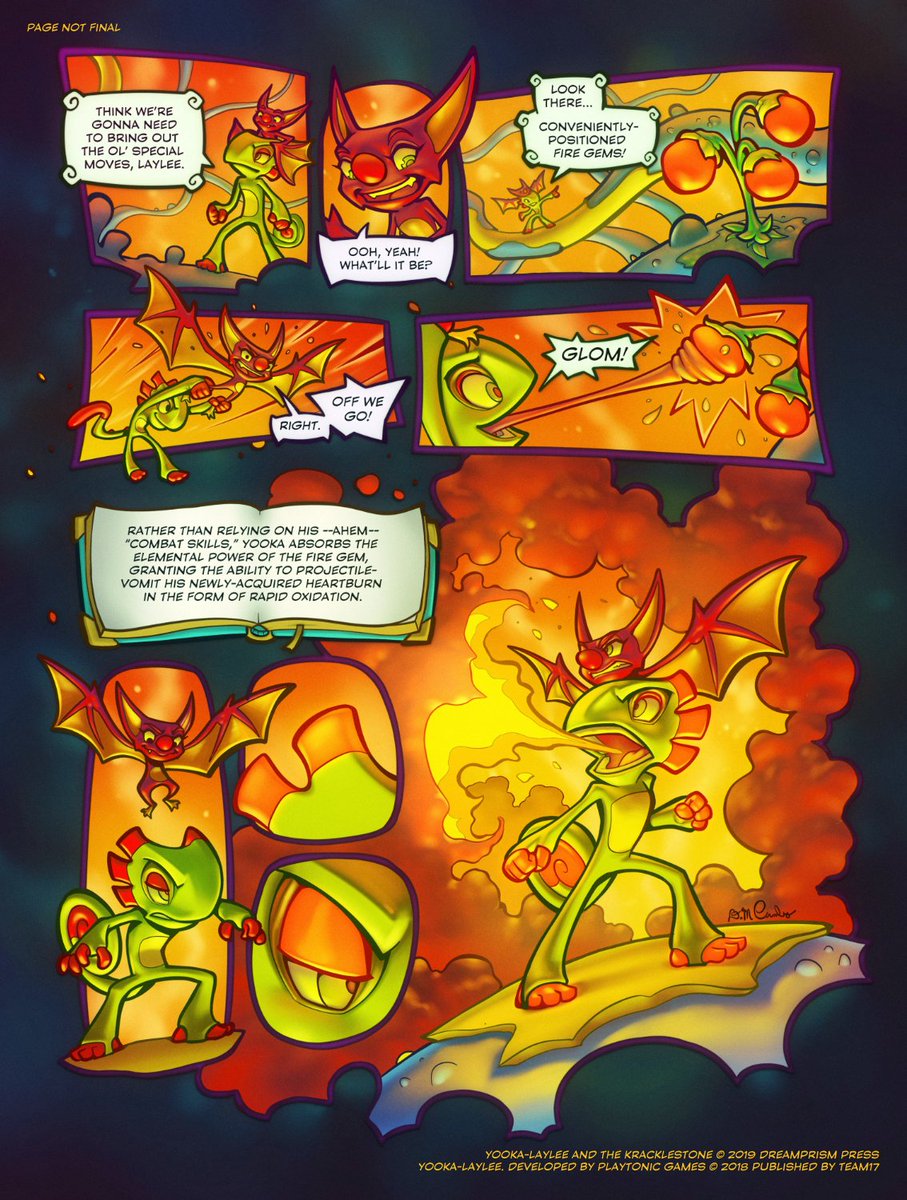 Yooka and Laylee, after getting a huge haul of Golden Quills, are nearly scammed by Trowzer (A snake wearing pants…yes the joke is obvious) for a key that would lead them to the Kracklestone, which can make whoever use it Invincible! They refuse, but when one of their bad guys, Dr.Quacker, gets the key, it’s up to the two to follow and get the kracklestone before Quacker can! 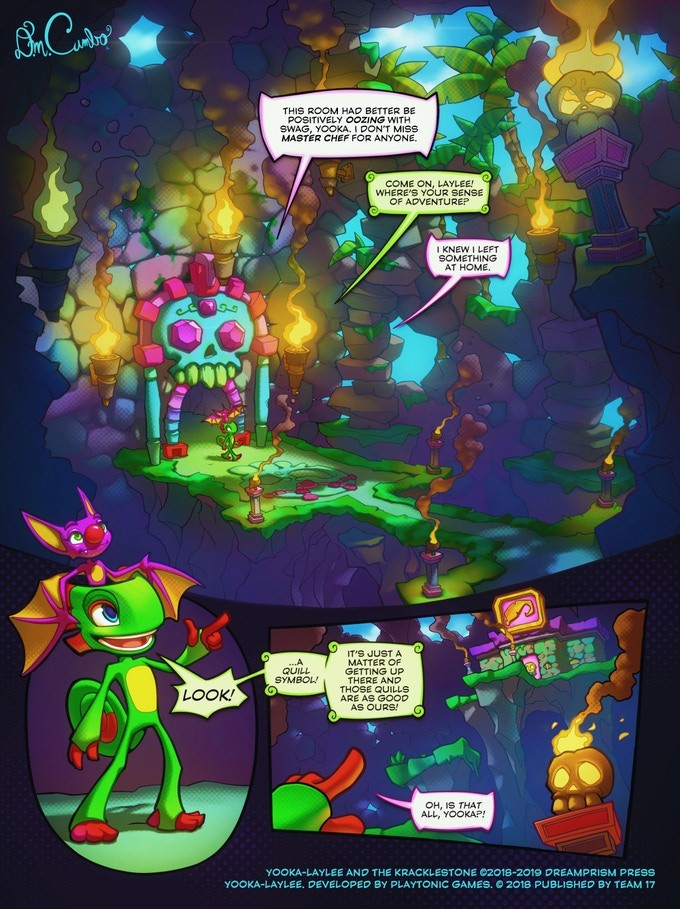 What we get in this is an incredible adventure, incredible arc, well written dialogue that matches the characters very well. We see Laylee actually shown as being a girl (Yeah in the game it’s hard to tell). And we even get shutouts to game play mechanics from the game too! I cannot recommend this enough! It gives Earthworm Jim a run for its money on my top favorite crowdfunded comic!