Tonight it’s the last of the new batch of What If’s (The End) is out (I’ll get around to Doctor Strange, promise!) Having said that, I feel like Marvel Comics they saved the best for last! Creator Erik Larsen, man, say what you will about the man, clearly gets Jack “King” Kirby. He is one of those creators who can mimic Kirby and has a very good good understanding of the characters Kirby has made. And with Cap, it’s no different! 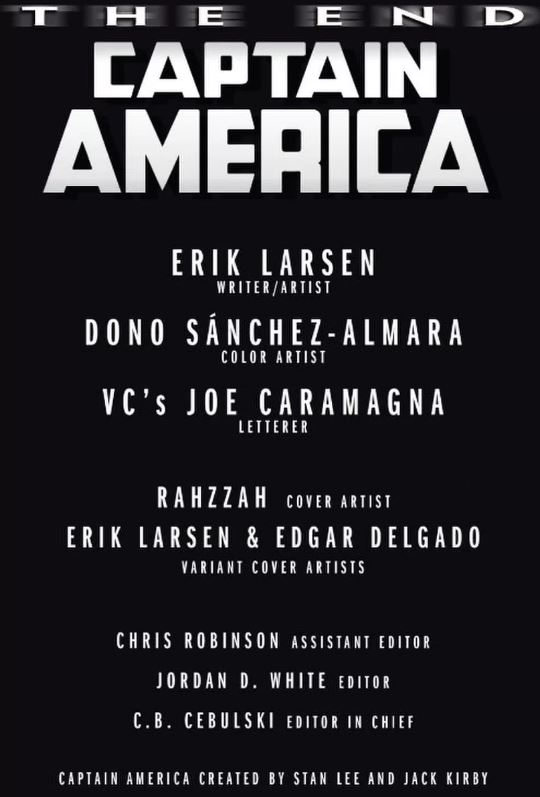 In this tale, we see Stan and Jack’s greatest…hey wait…Marvel you made a MAJOR type in the credits Page! It was Jack and JOE SIMON that made Cap!

Yeah—it was an embarrassing mistake, but nothing we can do at this point but apologize.

Major typos aside, we open up with Captain America in a world where everything and everyone are… Red Skulls! After defeating the original and foiling his final plan to use a deadly gas on the populace, said gas mixed with the water and eventually contaminated everyone! Worse yet, the affected all think and act in some sort of hive mind and of course they all want Captain America dead! 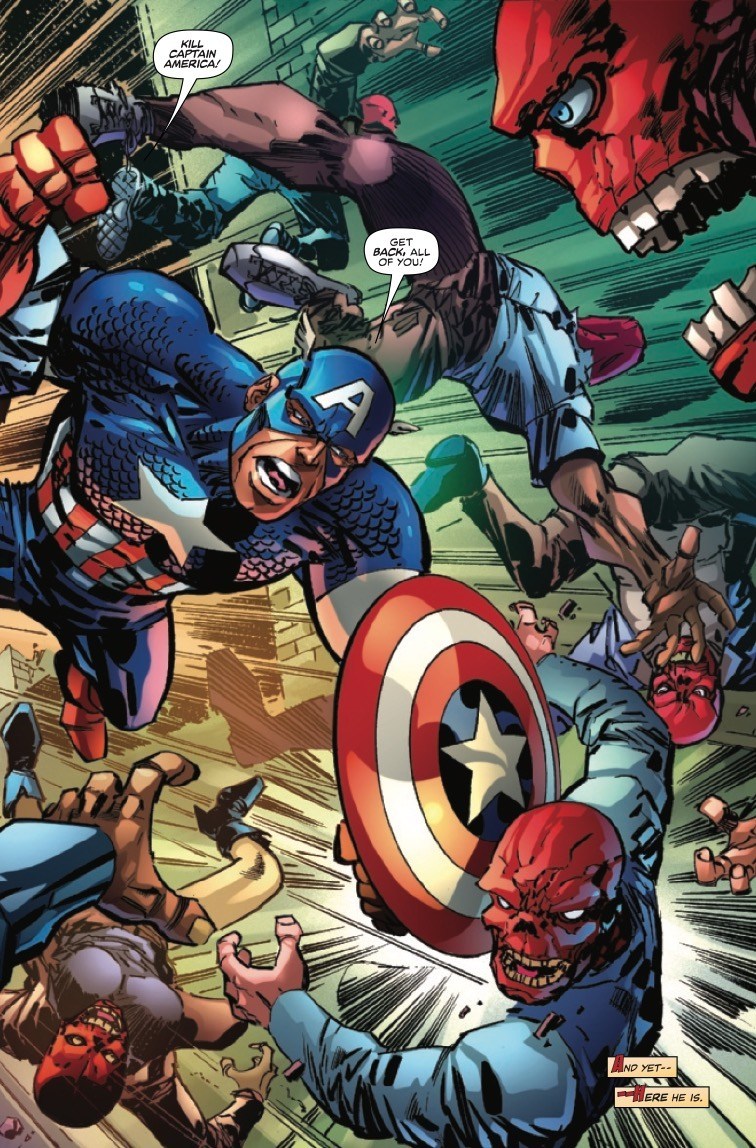 Now this story appears to ignore the Avengers and focuses entirely on Steve Rogers, which is fine because it gives it that pre-Avengers feel. Eventually, a much older Steve finds a small pocket of uncontaminated people! But things don’t last for long as they are soon discovered!

Will Steve find the source of the hive mind, will he be able to cure everyone? Or will this become an I Am Legend type ending? Well watch and find out!

Reviews From the Multiverse: Captain America: The End