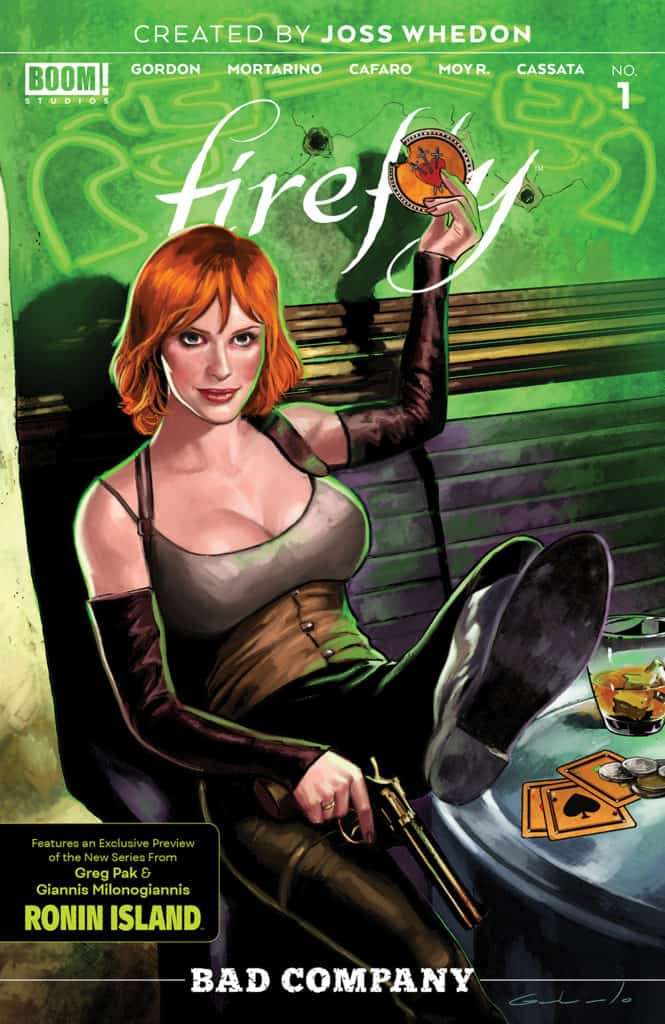 Firefly has been off the airwaves for almost twenty years now, but the property is still telling stories on the comic page. The IP was originally published by Dark Horse, but last year it was announced that BOOM! Studios had acquired it. I read the first two Serenity trade paperbacks by Dark Horse Comics, so when I saw Firefly Bad Company #1 on the shelf I decided to give it a look.

The cover features Yo-Saff Bridge (Yoland, Saffron, Bridget) at a card game holding a gun. The nod back a minor character in the original series piqued my interest and got me to buy the book. 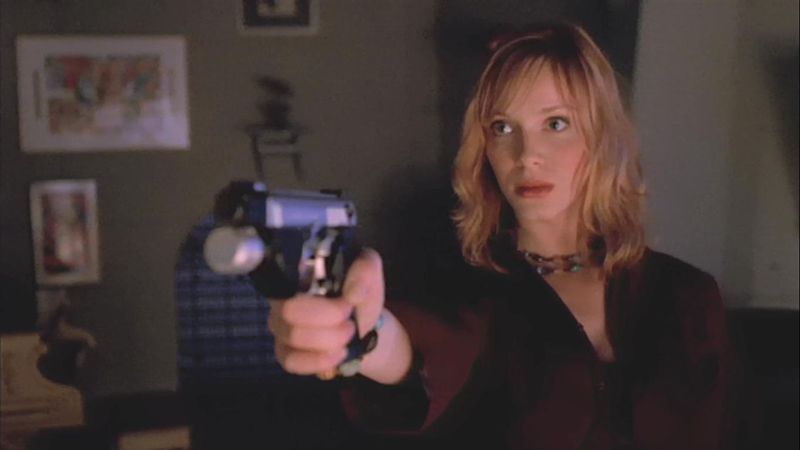 The book is a nice 40-page romp back into the Firefly Universe. The story tells us how a young pickpocket lost her father and became a servant in a Companion priestess home. The girl is never given a name and even referred to as “girl with no name”. For those paying attention, we know that this girl grows up to be Saffron. I don’t like learning her backstory. Half the fun with characters like her is the mystery.

However, by the end of the story, we find out that Saffron herself is telling this tale to her capture. Saffron is almost the definition of the untrustworthy narrator so this story could be real, or it may all be made up. She was trying to trick a new character, Moon, who is a fully armored lady with a cool eye patch. We find out that Moon is looking for Mel Reynolds and wants Saffron’s help. As always Mrs. Reynolds is only out for herself, but she alludes to the fact that some of her stories may be true. 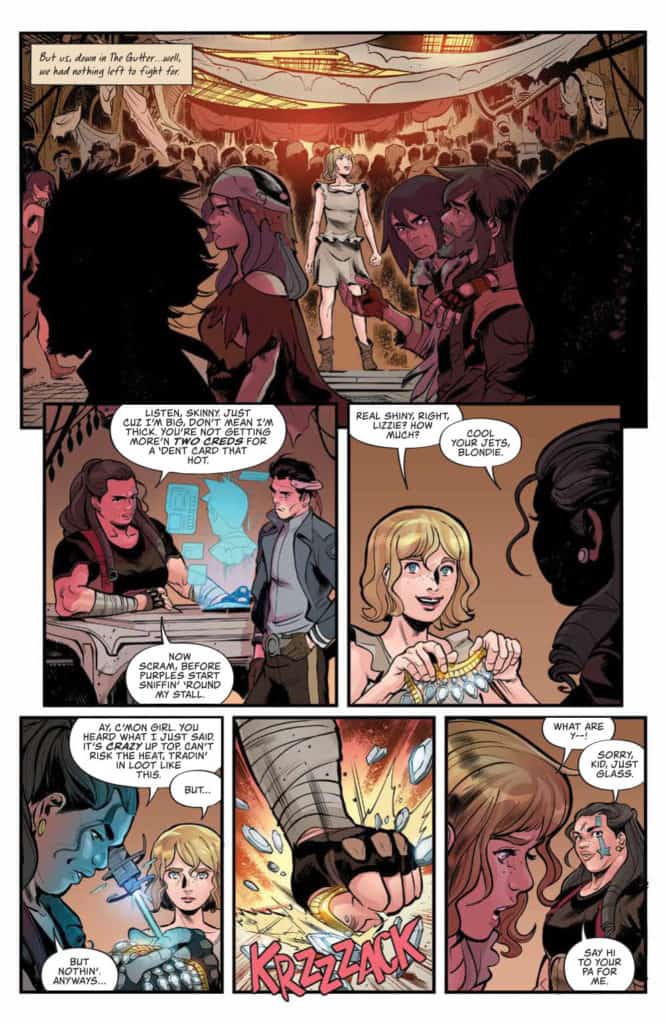 Overall I liked the story, and it got me nostalgic enough for the Firefly universe to pick up the next one. However, when you buy a Firefly book you want to see the main band of heroes from the TV show. They didn’t even name check a main character from the series until page 37, and we never actually interacted with any of them. Even if they had just had a cameo at the end, it would have felt more satisfying.

If you love Firefly and have been waiting for more stories with that feel, pick this one up. However, if you really want the main team, wait for issue two.