Future State was a two month glimpse into the DC Universe set many years into the future through a series of comic book miniseries, anthologies, and one-shots. Readers got to see a possible future, which contained new versions of some heroes, existing characters in new roles, new villains, and much more.Here’sMicah’sreview.

The creative teams behind most of these titles really showed really did tell some compelling stories. They took characters we knew and some we haven’t seen in a while and told some compelling stories. When you finish reading a title and you immediately want to know more about the characters than you’ve done something right and Future State hit that mark repeatedly with the side stories. The constantly changing art styles between the main story and side stories really helped to shift perspectives.

When reading the whole thing back to back you get the impression that as much as this was an interesting what-if; it’s a showcase of talent in the DC wheelhouse for the coming year(s). Because of the non=canon nature of these stories, there was a level of freedom that we don’t often see, and with that came things like Detective chimp being the host for Etrigan and swamp thing creating life of his own and searching for humans on a ruined earth with them. These are the kinds of directions you take with a character that pays off. 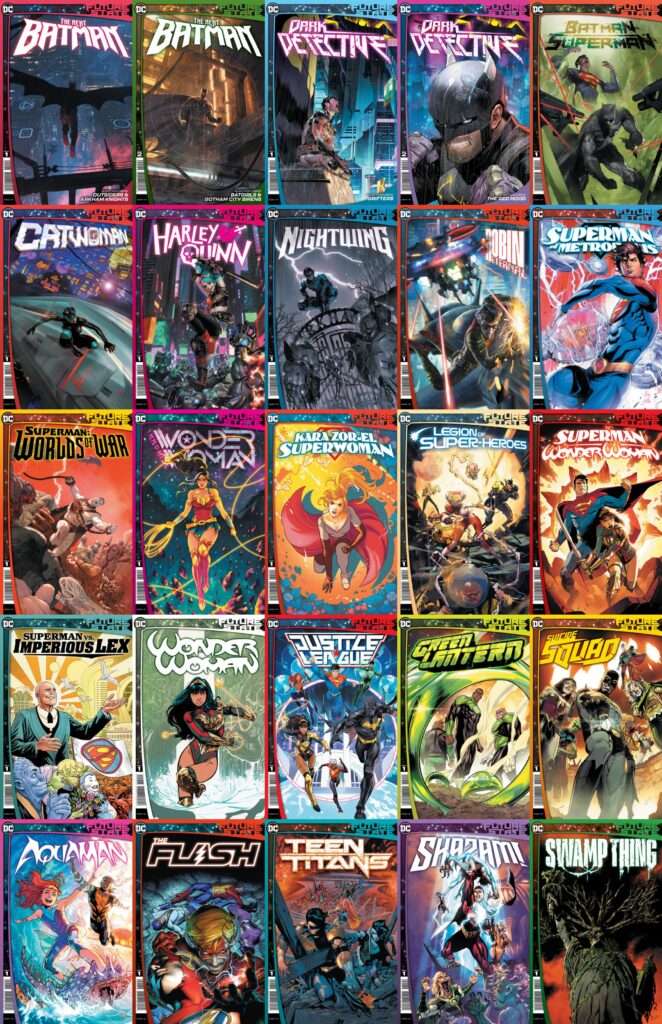 As good as the creative teams are this isn’t a complete home run. When put all together everything involving the big-name characters of DC are all fall flatter in comparison. They don’t fall flat because they’re poorly written. They fall flat because it’s nothing new. Dark Detective was good, but it ultimately boiled down to Bruce just limping along and doing some detective work. Immortal wonder woman, Teen titans, The last green lantern, and even the Flash all suffer from the same problem.

That isn’t to say that things like fights or character developments don’t happen, because they do. Nothing happens in terms of anything new. Comparing these titles to the side stories in which we are seeing new interesting ideas leaves you with a sour taste. By issue 2 of some of these titles, it became a bit of a slog to get through because there wasn’t anything new happening.

The worst part of Future state can be boiled down to one phrase; too much batman. We all know that the bat-family is the DC cash cow. Everyone recognizes the characters and they make a lot of money off them. For a premise like Future State to feature so much of one part of the DC property was a huge let down. We were given a reappearance of onomatopoeia, but it was in the Catwoman title. The same can also be said of the Superman family. whose titles were far less impressive compared to their side stories as well. How long is DC going to throw every other character to the side in favor of the big sellers? it’s a real shame.

Especially when you consider the wide rage of characters to use in this. In all, this was a good fun experience from DC, but they need to step away from the bat-family and super-family.